Her favorite days are when her car is packed with snacks, scripts and changes of clothes as she travels between auditions with barely enough time to read through all of the material. Performing lines for a director reminds McNamara of her entree into the world of live theater more than a decade ago while growing up in Missouri.

“One of the first actors who mentored me back when I was doing theater in Kansas City told me very early on that an actor’s job is to audition,” she says. “For those 10 minutes in that room, that is your job and that is your performance, and that is what you set out to do.”

Unless you keep up with McNamara on Instagram—where she shares everything from behind-the-scenes snaps of comic book conventions around the world to motivational quotes and workout routines with her 3.8 million followers—the way you picture the petite, 25-year-old actor depends on the character you’ve seen her play. 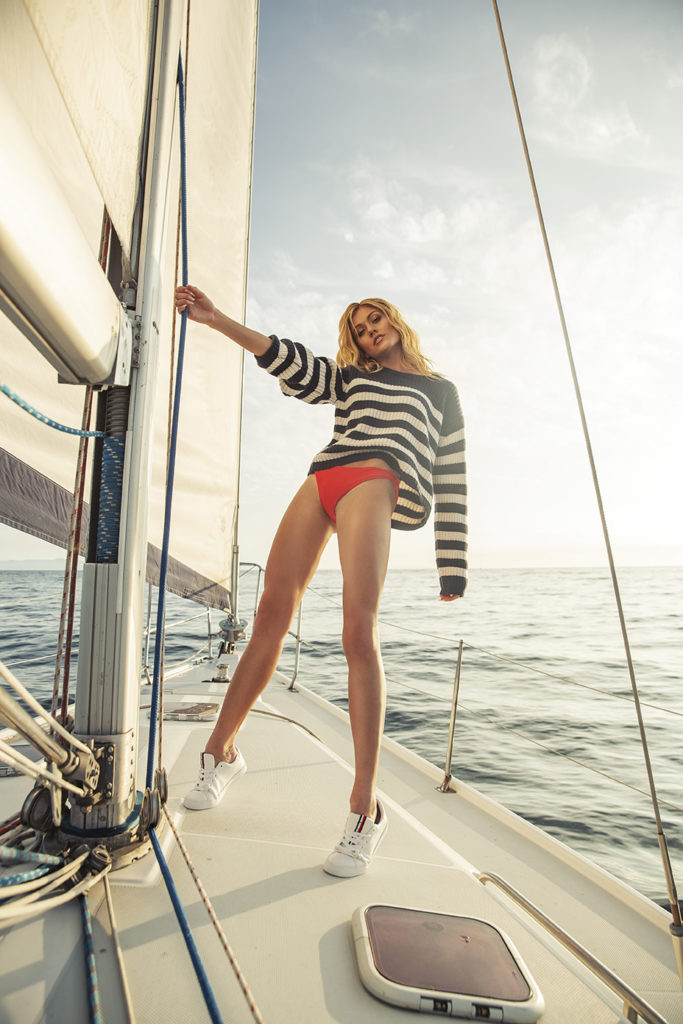 For the lead role of Clary Fray on the Freeform fantasy series “Shadowhunters,” which ran from 2016 to 2019, McNamara’s hair was a striking red. When playing cage fighter and vigilante Mia Smoak during the seventh and eighth seasons of “Arrow,” which celebrated its finale in 2020, her locks were a honey blond. And as Julie Lawry in “The Stand,” which aired on CBS All Access Dec. 17, McNamara sported pink roots.

“I will do anything if it’s for a character,” she says. “If somebody told me tomorrow that I had to shave my head for the role of a lifetime, I would do it without thinking.”

Before McNamara dreamed of performing on stage or in front of a camera, she planned on becoming an economist. An only child, she modeled her trajectory off of family members who work in the science and medical fields. “I had no idea that being an actor was even a job,” she says. She took ballet classes for fun. At age 12, when a local community theater production was in need of a young dancer, she agreed to perform.

“I had one of those rare moments of clarity that some of us are lucky enough to have sometimes,” McNamara says. “It just hit me like a brick wall that I was put on this earth to tell stories and that I could not imagine doing anything else for the rest of my life. It was clear to me at that moment. I do not know why, and I do not know how, but I have never questioned it. I never looked back.” 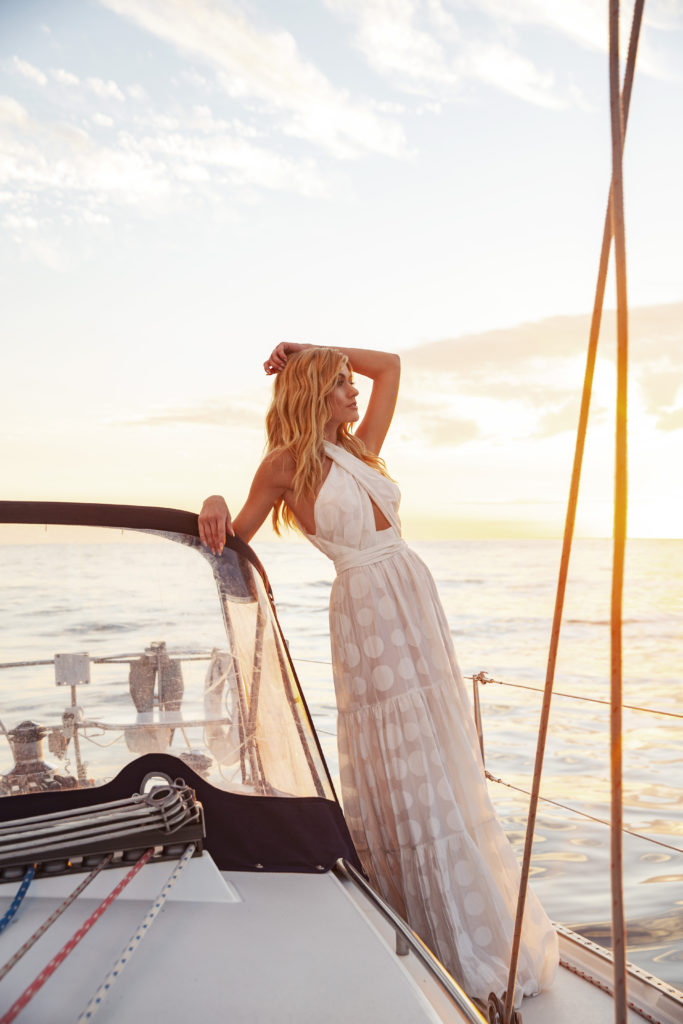 McNamara graduated from high school when she was just 14 years old, concurrently landing the role of Catherine Zeta-Jones’ daughter and Angela Lansbury’s granddaughter in the Broadway revival of “A Little Night Music.”

Even when she moved into her apartment in the Hell’s Kitchen neighborhood of New York City to pursue an acting career, she kept the advice she received from her family top of mind. “They said, ‘Pursue your passion with reckless abandon, but just make sure you get a degree, and you go to school, and you have an education,’” she recalls. So, McNamara graduated from Drexel University with a bachelor’s in business administration by age 17.

McNamara started working in film and TV in New York, and then about nine years ago, she booked a pilot for Disney Channel in Los Angeles for what was supposed to be a “High School Musical” TV series.

She worked for Disney Channel for a few years after that and did other TV projects and pilots, but a real turning point in her career came when “Shadowhunters” debuted in 2016. She starred in the supernatural drama for three years, living up to the high expectations set by fans of the book series the show was based on: The Mortal Instruments by Cassandra Clare. 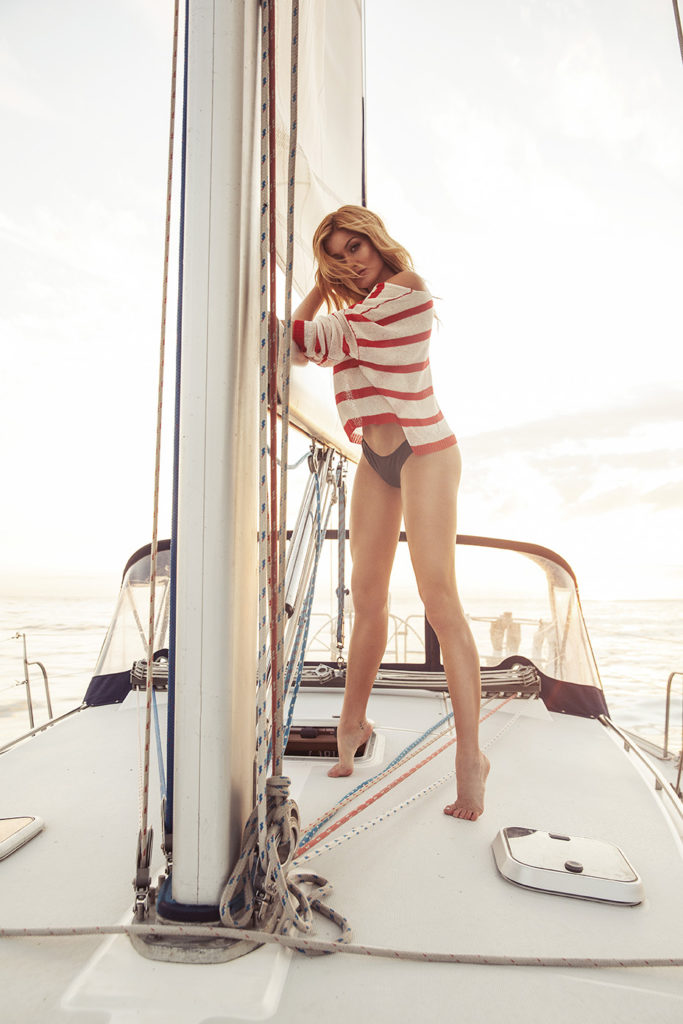 Sweater and brief are McNamara’s own.

“I did that show from the time I was 19 to the time I was 23,” she says. “That is such a pure transitional period of your life, where you are figuring out who you are as an adult and what your perspective is and the way you live your life.”

From there, she jumped into filming “Arrow” for two seasons. But after years of playing the hero, McNamara challenged herself with the opposite end of the spectrum for her role in “The Stand,” a miniseries based on author Stephen King’s 1978 novel. She was cast as “one of the most despicable villains” alongside actors including James Marsden, Jovan Adepo, Whoopi Goldberg and Amber Heard. They wrapped filming the post-apocalyptic TV show, which takes place (rather eerily) after a pandemic destroys the world, in early 2020. 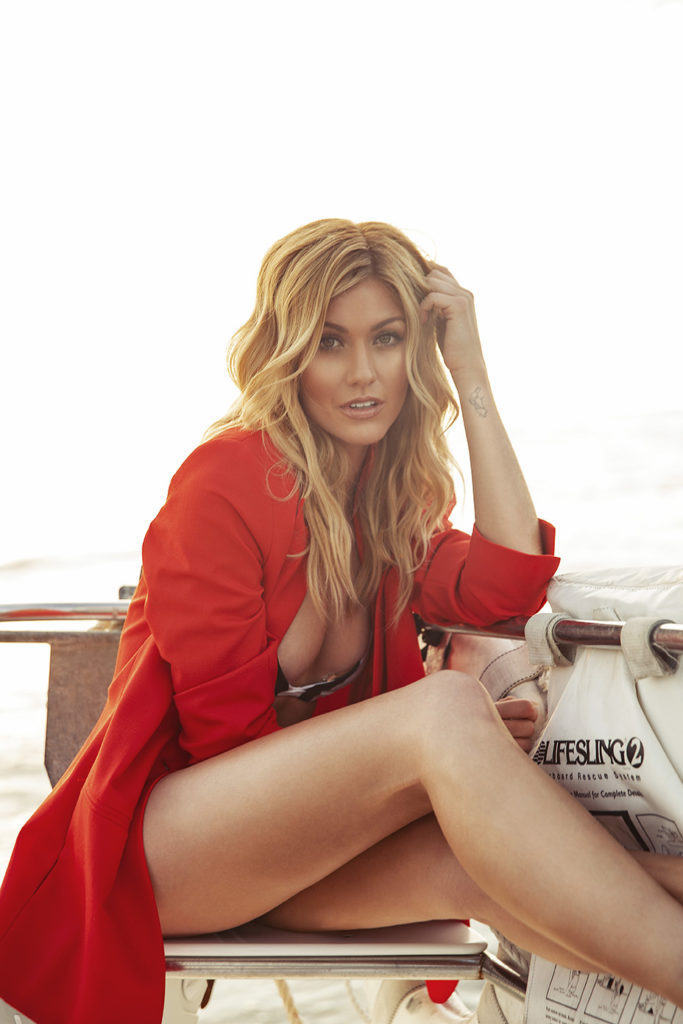 As audiences binge a show about the people left behind when the world ends, McNamara will be picking up where she left off before the real-life pandemic, continuing to challenge herself in different roles and telling stories that move people. She hopes one day that will even mean stepping behind the camera as a director.

“I want to keep telling stories that remind people it’s OK to feel something, and it’s OK to be human,” she says. “It sort of holds a mirror up to the human experience and causes people to question the things they have taken for granted and really think about life from a different perspective.”

The Legend of Udonis Haslem

Venice magazine is Fort Lauderdale’s quintessential lifestyle publication, engaging readers on culture, art, personalities, dining, fashion and everything in between. Presented in a high-end, coffee-table format, the award-winning publication also gives an infectious glimpse into the hip social scene. Welcome to Fort Lauderdale, the Venice of America.