The Fort Lauderdale International Film Festival Returns For Another Encore. 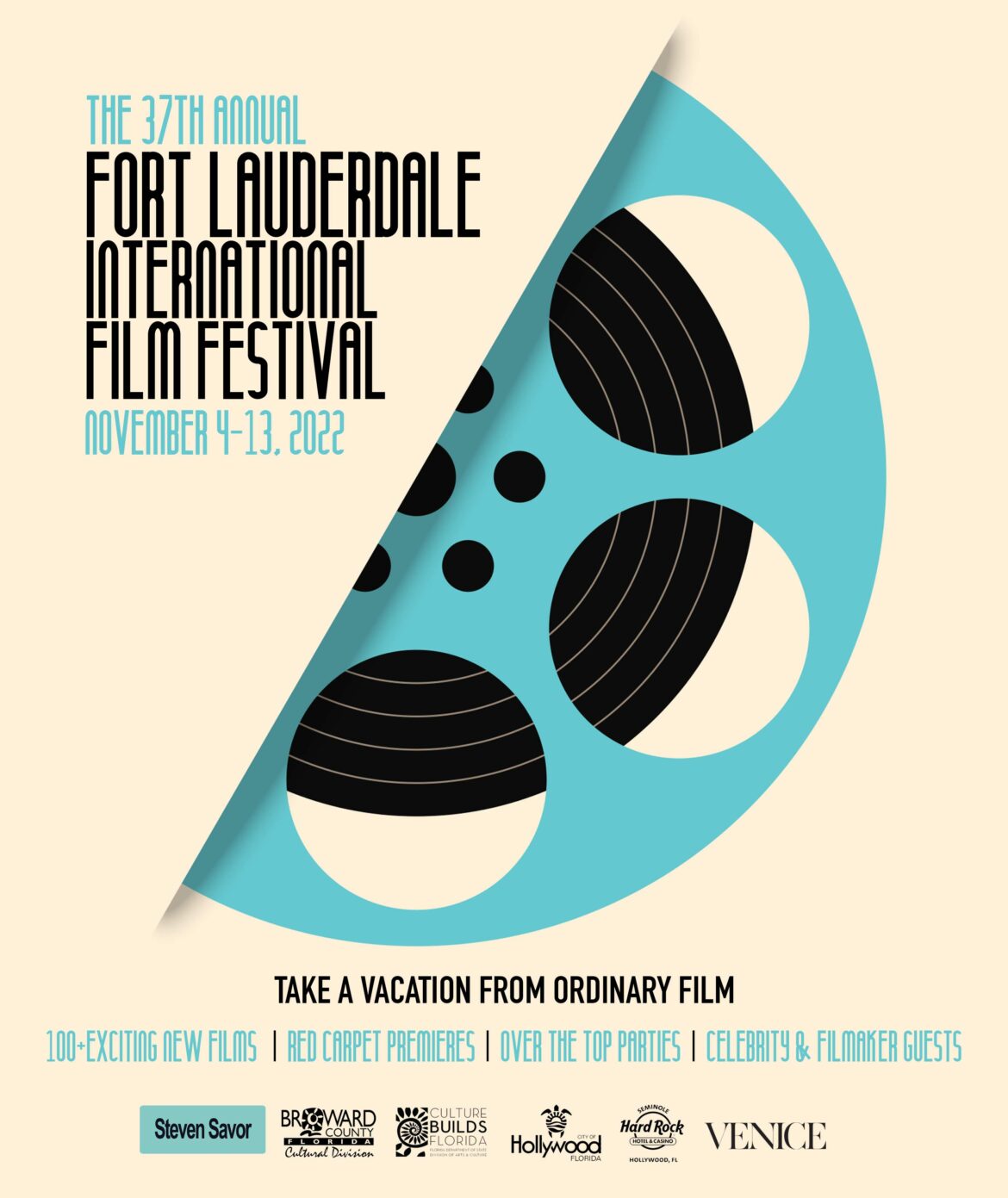 This November, a grand buffet of 200 new movies—including student, studio and international films, and American indies—will feed the ravenous appetites of local silver-screen super fans. The annual Fort Lauderdale International Film Festival, celebrating its 37th anniversary, runs from November 4 to 13 in Fort Lauderdale, Sunrise and Hollywood theaters, and will whisk viewers away to other worlds.

“People will go a few miles to the movies knowing they can travel thousands in the theater, crossing time, culture, geography, values, temperaments and experiences,” says FLIFF’s president and CEO, Gregory von Hausch, “And then they’ll get to talk about it, which is usually part of the joy.”

The annual Festival does more than just invigorate ticket and popcorn sales. “Aggressively promoting film in the region means doing well by doing good,” explains Sandy Lighterman, Fort Lauderdale’s new (and first) commissioner of Film, Music and Entertainment. “Economically, it’s a huge engine for hotels, restaurants and related businesses. They make a lot of money when the Festival is in town.” Though FLIFF has been around for nearly two decades, it may come as a surprise that “Florida is the only state in the South with no incentive for film and its business,” Lighterman explains, “while 42 states have rebate or tax incentive programs for filmmakers.”

But that’s all changing now, if not statewide then in the region. The county recently launched a rebate program this past June, and, according to Lighterman, “in October we’ll announce a larger incentive to bring bigger projects in.” Having such incentives is now the business model of global Hollywood. To attract outside filmmakers requires up-front investment. “They have tax and finance departments looking at places with film incentives, so even if the story is set in Florida, they can shoot it elsewhere,” Lighterman notes.

Von Hausch, now in his 34th year at the helm of this extraordinary cultural lodestone that ties art, education, opportunity and muscular economics to the region each year, has been cultivating and inspiring native talent for decades.

“Greg showed a film of mine in 1989-’90 that made me realize I could do this,” says celebrated documentarian Mark Moormann. “He’s been a big supporter of local independent filmmakers since then, when Miami was not. It’s meant a lot to us.” Based in Hollywood, Florida, with work that includes the Grammy-nominated Tom Dowd & The Language of Music, Blindsided and For Once in my Life, Moormann is unequivocal about von Hausch’s influence. “He shines the light on the South Florida film community. We create things, we’re not just crewmembers. The financing isn’t here, the distribution isn’t here, but people like Gregory von Hausch are.” 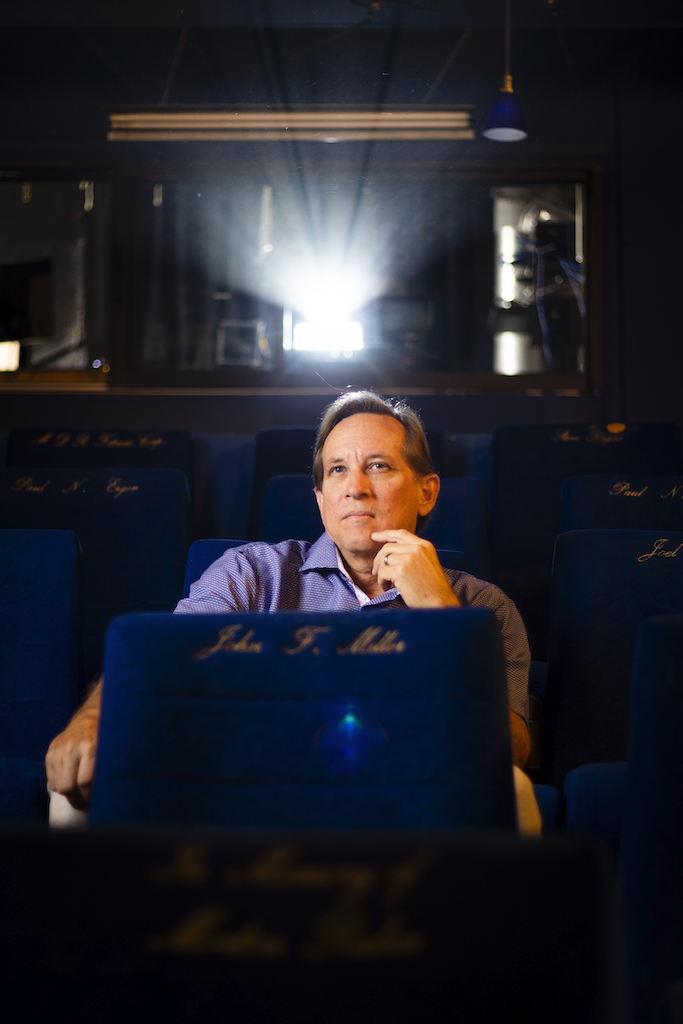 Moormann’s most recent work, The Day the Music Died: The Story of Don McLean’s American Pie, is a 94-minute film described by The New York Times as a “reverent documentary [that] travels all over America to bring home the idea that ‘American Pie’ says something profound about the country.” It premiered in New York City and Los Angeles in July. Moormann will screen his newest film, Combat Club, which was produced in South Florida, in a FLIFF world premiere this November.

While more than half the films set to screen at this year’s event are foreign, the Festival is also a champion of independent American and local filmmakers, emerging high school and college artists whose movies compete for awards with cash prizes, and, von Hausch says, “especially of artists who can take a chance, dare to fail, learn and finally achieve more in their careers because of it.”

For the relatively sophisticated Fort Lauderdale-area audience, a chance to see the Festival as a talent “incubator”—von Hausch’s word—is precious. “Not only are these fantastic motion pictures filled with heart, they give our audience a window to the world—to see how people live, communicate, what they need and desire,” he continues. “This is so important now within our country, where the storms of nationalism threaten to create deep divides here and beyond.”

As for the films debuting this year? Von Hausch has seen them, and yes, he has some favorites, or at least movies that touched him.  “I’m very fond of the film American Dreamer, with Peter Dinklage, Shirley MacLaine and Matt Dillon,” he says. “It’s very funny and with great pathos. Corner Office, with Jon Hamm, is a dark comedy showing what a terrific actor Hamm is,” he continues, “A French film titled Annie Colère is set in the 1970s, prior to abortion being legalized. It’s a true story. It shows us how far we have come in 49 years. And it also devastates us, as we realize how quickly we’ve regressed. The Forger from Germany is a thrilling, true story of a 21-year-old Jew, living in Berlin in 1942, essentially hiding in plain sight. A Matter of Trust, from Denmark, is exceptionally moving and clever.” When asked if there were any others, von Hausch admits, “Perhaps my favorite is another true story from France, titled Ride Above.”

To find out why these films have all received von Hausch’s stamp of approval, you’ll have to see for yourself.