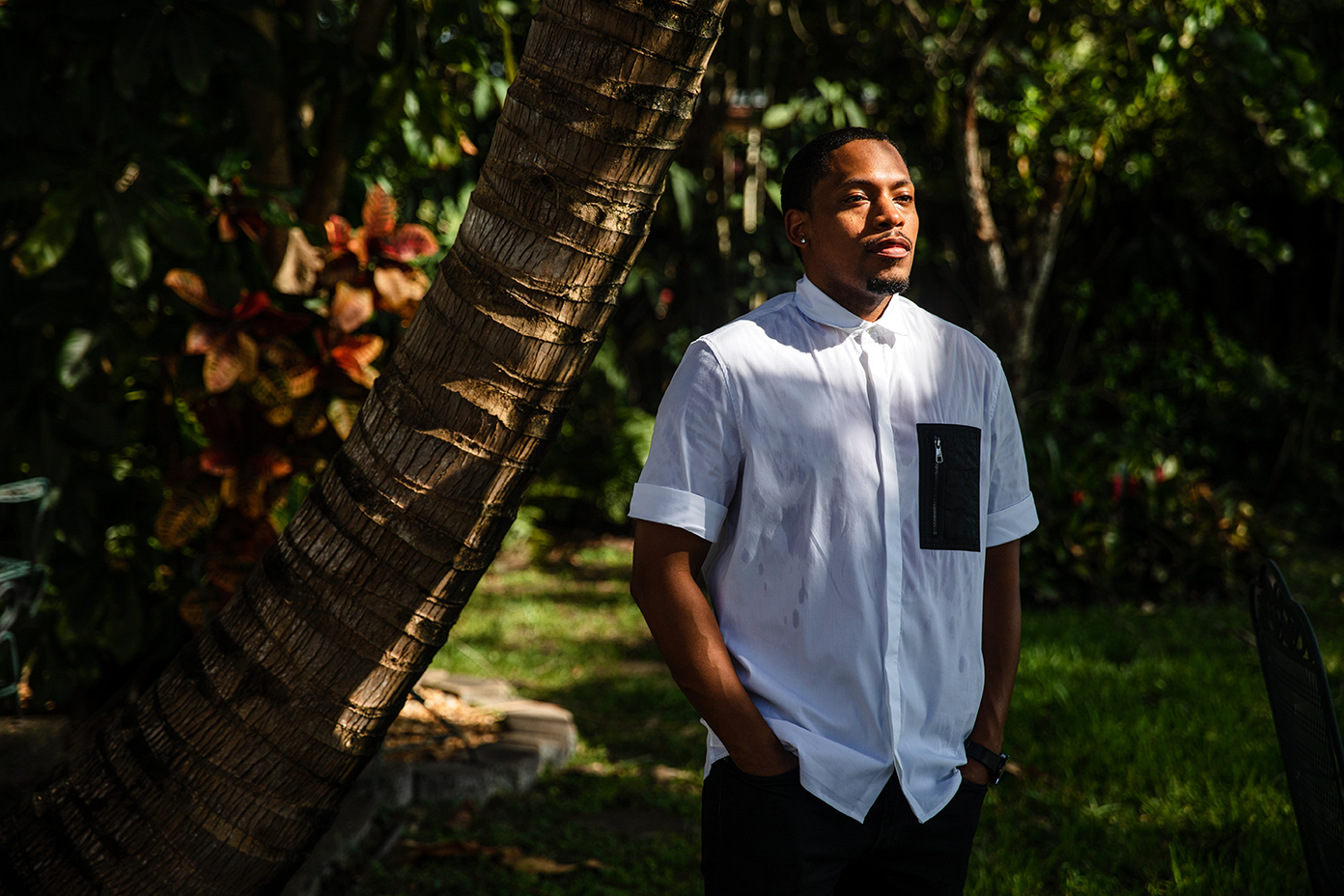 Miami-based architect, artist and academic Germane Barnes has a theory on why Batman takes it into his own hands to save Gotham City, scaling skyscrapers to hunt down villains. His theory is that maybe the real culprits of injustice are not just the litany of colorful criminals—but bad architecture.

The thought started as a joke that stemmed from phone chats with colleagues following the rash of national news reports of white residents (with viral monikers like Barbeque Becky and Permit Patty) thwarting Black people from navigating their cities: picnicking in parks, swimming in public pools or entering their own apartment buildings.

“Why are these white people trying to be superheroes?” Barnes wonders wryly of these self-appointed caped crusaders. “Fam, this is not yours. Chill out.” On a deeper note, when shared public realms are designed, Barnes says, “What are we as architects and urban planners doing wrong in designing spaces that give people the right to do this? What makes you think, ‘This is mine, and I have to protect it?’”

Gotham only happens when the gothic urbanscape protects the haves and polices the have-nots. And in the real-life counterparts of this cartoon city, fractured by institutional segregation and neglect, “far too often, the have-nots are Black,” Barnes says.

Architecture has never been just a question of aesthetics for Barnes. As a proud native of West Side, Chicago, he grew up exposed to iconic pieces of architecture. “But you always saw how beautiful it can be while at the same time how destitute some areas can be,” the 34-year-old says. “Chicago is still one of the most segregated cities in the entire country.”

The drive to rectify this failed architectural equity underscores his design practice, Studio Barnes, and his scholarship as an assistant professor at the University of Miami School of Architecture and the director of the Community, Housing & Identity Lab. Since his move to South Florida in 2013, the region has become a testing ground for his projects honoring those too often marginalized in the places we call home.

Central projects include community developments from Delray Beach to Opa-locka, where he spent his first South Florida years living and working as a designer-in-residence. The Miami-Dade city is known for its stunning 1920s Moorish Revival public buildings featuring fairytale domes and minarets. But the historically Black neighborhood took a toll during the 1980s drug epidemic, when the ensuing violence got so bad the city blocked off its entrances with metal barriers.

Beyond this familiar narrative of urban blight, however, Barnes was drawn to the ways the close-knit community innovated past its circumstances. His designs for an arts charter school, the Magnolia North Community Park and an urban farm were done in partnership with residents, honoring the hard-earned inroads they made in their communities. “These are more celebratory projects than revitalization projects,” he says. “It’s about celebrating the community’s history and the people who are there putting in the work.” This is part of his advocacy for a more holistic view of architecture that he says “shows us ways that the environment can facilitate and accelerate racism but can also become a means of liberation.” 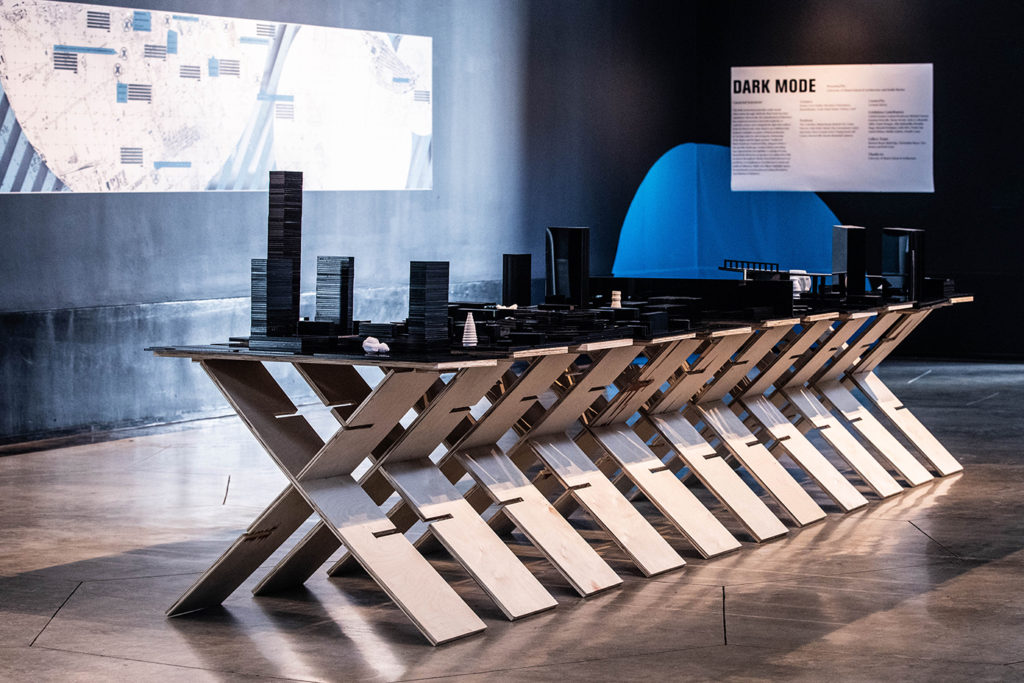 A closer look at who shapes American design is much needed, as the demographics among licensed practitioners remain racially skewed. In a recent report, the National Council of Architectural Registration Boards found that fewer than one in five new architects in the United States identifies as a racial or ethnic minority. Of those architects who are newly certified, only 2% are African American and 1% is Hispanic or Latino.

Such representational imbalances can have their consequences. “If you don’t empower other ethnicities and showcase the work of non-privileged practitioners, you limit the creativity of future designers,” Barnes says. “Because innovation doesn’t come from privilege but from unfortunate circumstances. If you don’t think you are missing anything, then how can you be innovative?”

Perhaps nothing more eloquently speaks to this architectural Macgyverism than his scholarship exploring the Black roots of the all-American front porch. Barnes knew the power of this domestic appendage firsthand growing up in Chicago’s heavy porch culture. Accompanying the Great Migration north in the early 20th century, the feature traveled from the warmer climes of Southern architecture, particularly the classic African American shotgun houses found from New Orleans to Miami.

The style was a distinctive form born out of necessity, streamlined to fit the restricted land space of segregated areas, and lifted off the ground to improve ventilation and circulate cool air. Domestic yet communal, the porch provided the gradual entrance needed for such an elevated structure but also became a powerful gathering space in an often hostile cityscape. In his travels across the country studying the porch, Barnes found Black communities using these structures as stages to celebrate milestones, plan civil rights movements and pass down ancestral stories.

Barnes sees the porch as emblematic of what modern architecture could look like if it honors its distinctly Black legacy, one that’s environmentally resilient and resource efficient. “If architecture was more Black, then it would be more responsible because it would take all of those external forces into play,” Barnes says.

The poetry of the porch echoes throughout his projects merging art and architecture, like his collage series commissioned for the Museum of Modern Art’s show “Reconstructions: Architecture and Blackness in America” in New York. Part portraiture, part structural, these pieces explore the architectural throughline of the Black diaspora through the theme of domesticity.

The porch also underlines his installation for the Broward Cultural Division that honors the county’s oldest Black neighborhood, Sistrunk. Like Gotham, it’s an area historically scarred by bad architecture. Once the core commercial and entertainment zone for the Black community, the area became fractured by infrastructural underdevelopment, disregard and neglect following desegregation. Parts were also siphoned off for the construction of I-95 in the 1970s, which affected the historic Woodlawn Cemetery. First established in the 1920s, this site served as the final resting place for many in the African American community, from veterans of both world wars to Rubin Stacy, the victim of the county’s only reported mob lynching attack in 1935. In 2015, state authorities found a number of graves adjacent to I-95, with more likely having been paved over for the highway.

Set for display at the African American Research Library and Cultural Center on Sistrunk Boulevard, his installation aims to rebuild a safe space. Adjusted amid the COVID-19 pandemic, the project now distills the porch’s purpose of congregation down to elaborate porch chairs inspired by designs found throughout the Black diaspora. “It’s about creating something that is important to the community and making it present for everyone to go see and celebrate,” Barnes says. “In every piece of architecture or art installation I create that deals with Black space, I want to make spaces that remind me of home.”