Beyoncé hath met her match—at least under the water—with Kristina Makushenko, a four-time synchronized swimming world champion whose seemingly limitless flexibility is on full display in her viral video set to the trailblazing musician’s hit “Countdown.” Armed with only a GoPro, a tripod and the beat of the music in her head, the Coral Springs-based athlete, whose career in competitive synchronized swimming in Russia culminated in two gold medals at the European Junior Championships in 2011, began providing awe-inspiring entertainment virtually early this year. Racking up nearly 300,000 followers on Instagram and over 800,000 on TikTok, Makushenko says she never anticipated the response she’s received. To date, her underwater videos—which include an upside-down moonwalk and a 360-degree walking turn in high heels—have been viewed several million times. Even though she makes it look effortless in the moment, the 26-year-old says a lot of training goes into each of her moves. She practices holding her breath by swimming the length of her 25-yard pool two or three times before coming up for air. But it’s not just the athletic nature of the subaquatic activity that Makushenko says differentiates her performances; it’s also her artistry. “I’m not the only swimmer who posts underwater videos with popular music,” she says. “But the way I present it shows the perfect match between the moment and the music. I want to
hit that beat.” 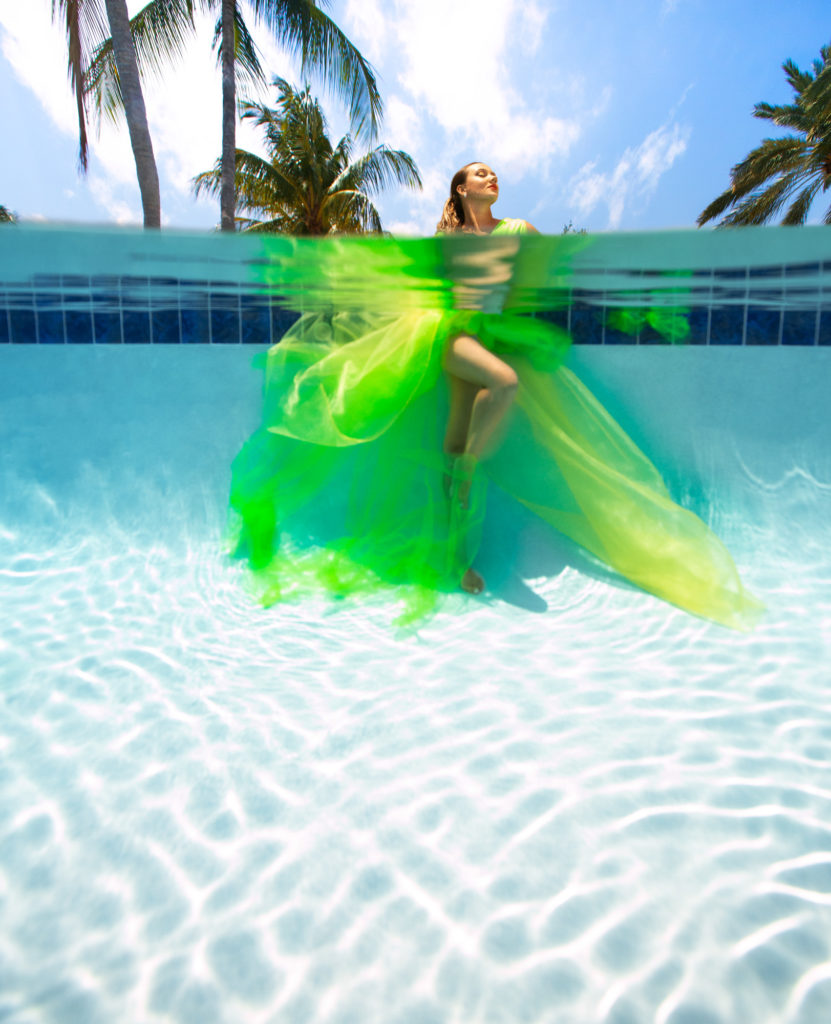 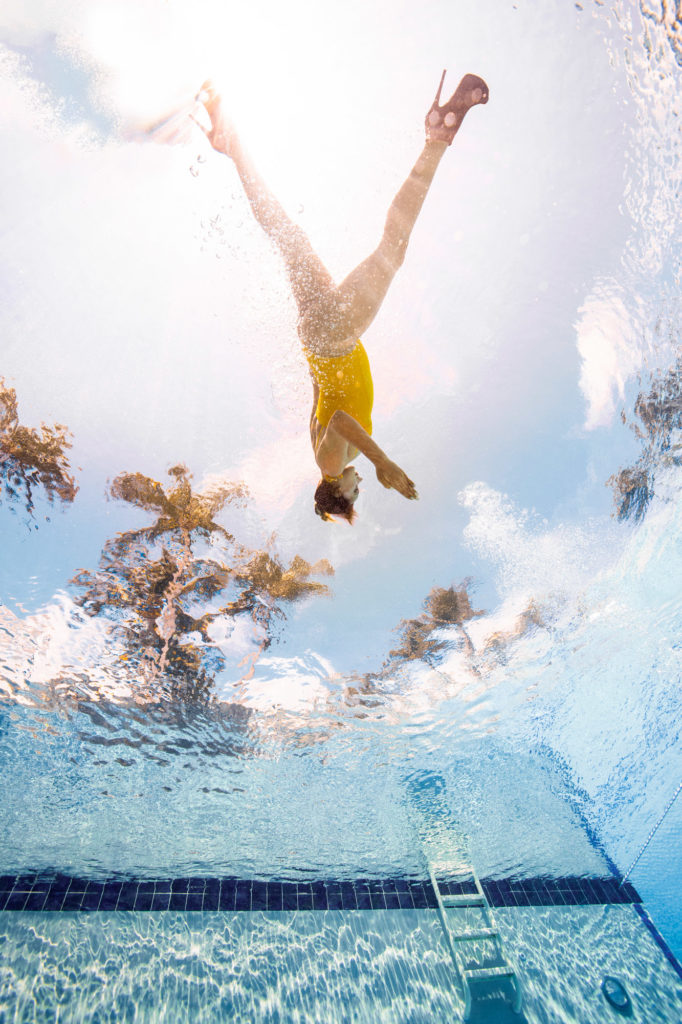 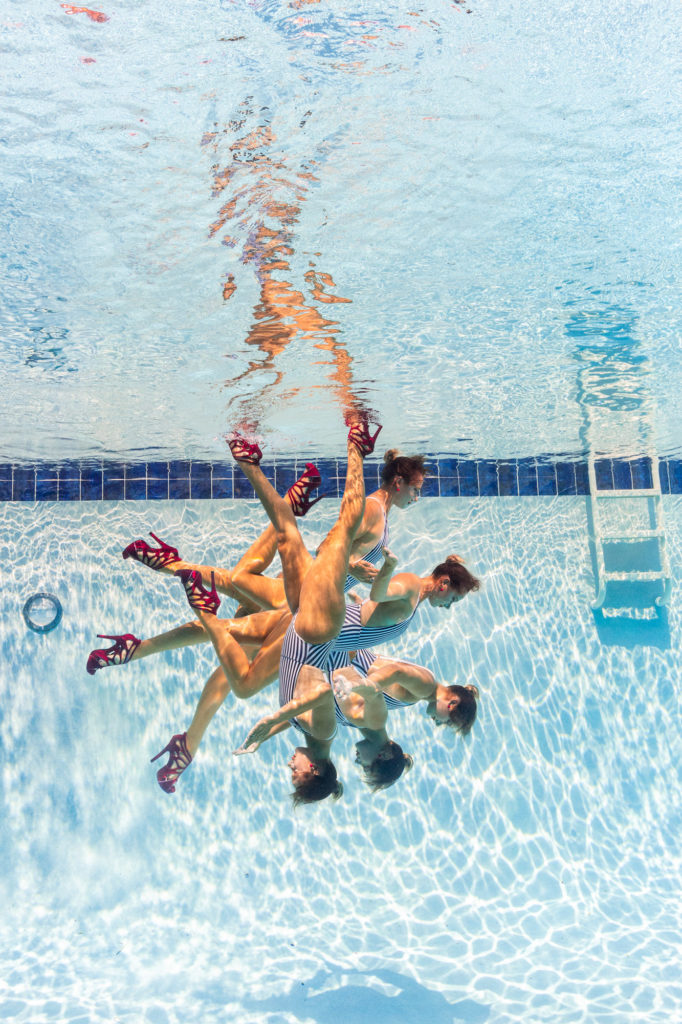 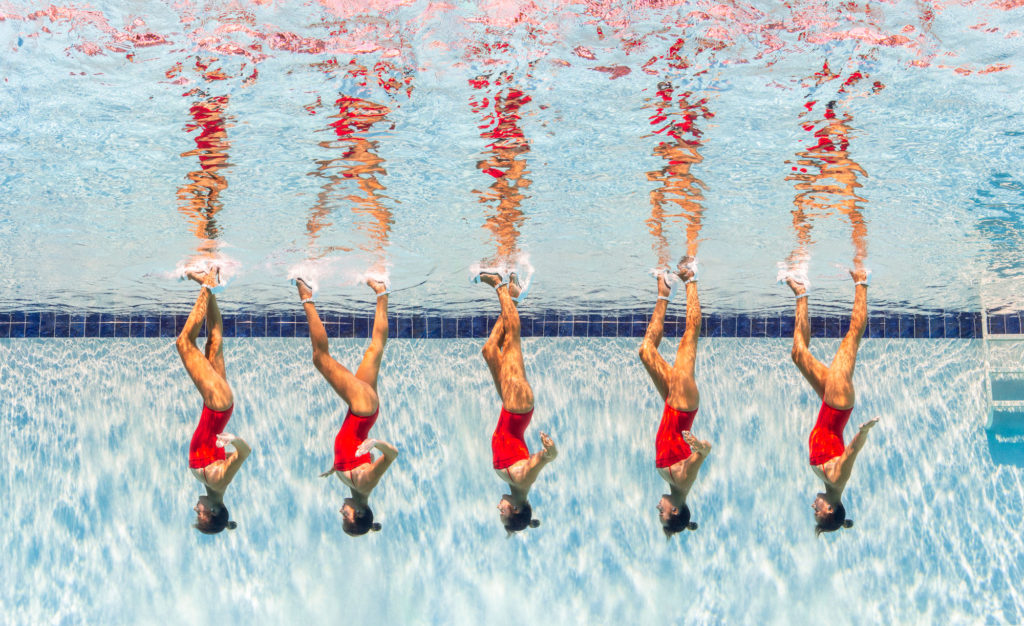 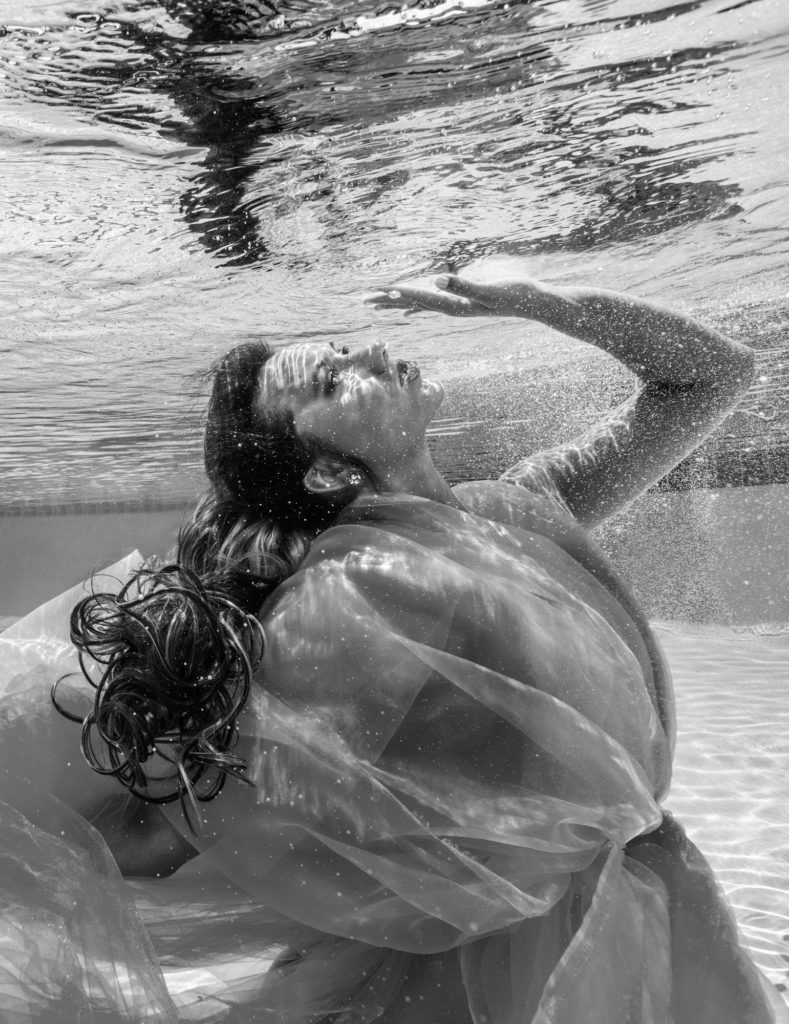