Let Them Eat Caviar (and Look Good Doing It!) 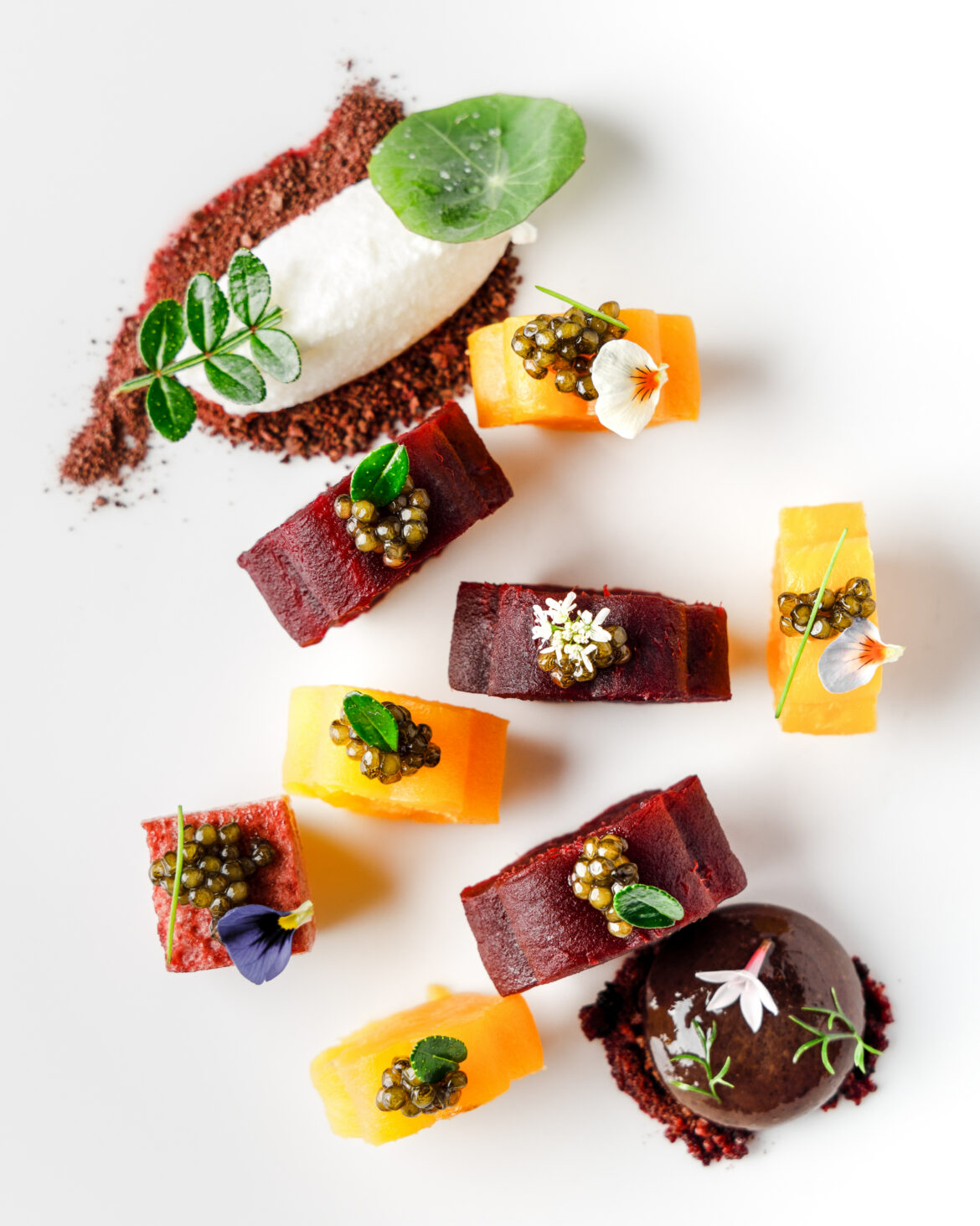 Few delicacy items carry a legacy of luxury and celebration larger than that of caviar. While eating cured, salted fish roe dates back as early as the 4th century B.C., when Persians were known for consuming khâviyâr from sturgeon species native to the Caspian Sea, the ceremony of caviar consumption gained steam in the 18th century, when Russia was at the height of its empirical opulence and spread its love of roe to the Western world. This global demand created a sharp decline in wild sturgeon populations—including the prized beluga.

Today, caviar is largely a farmed, sometimes hybrid species of sturgeon that is bred for its genetics, like more frequent spawning. The new sturgeon caviar fish are farmed in China—the world’s largest industrial producer—along with Italy, France and most recently, northern Florida, where a beluga-hybrid aquafarm is owned and operated by South Florida’s own Marky’s Caviar, located inside the Seminole Hard Rock Hotel and Casino. Now that new sustainable farming methods have made caviar more readily available to the masses, newcomers shouldn’t be intimidated by the notoriously mysterious delicacy. Ready to jump in and experience caviar or find new ways to enjoy it? Here are some tips from the experts: 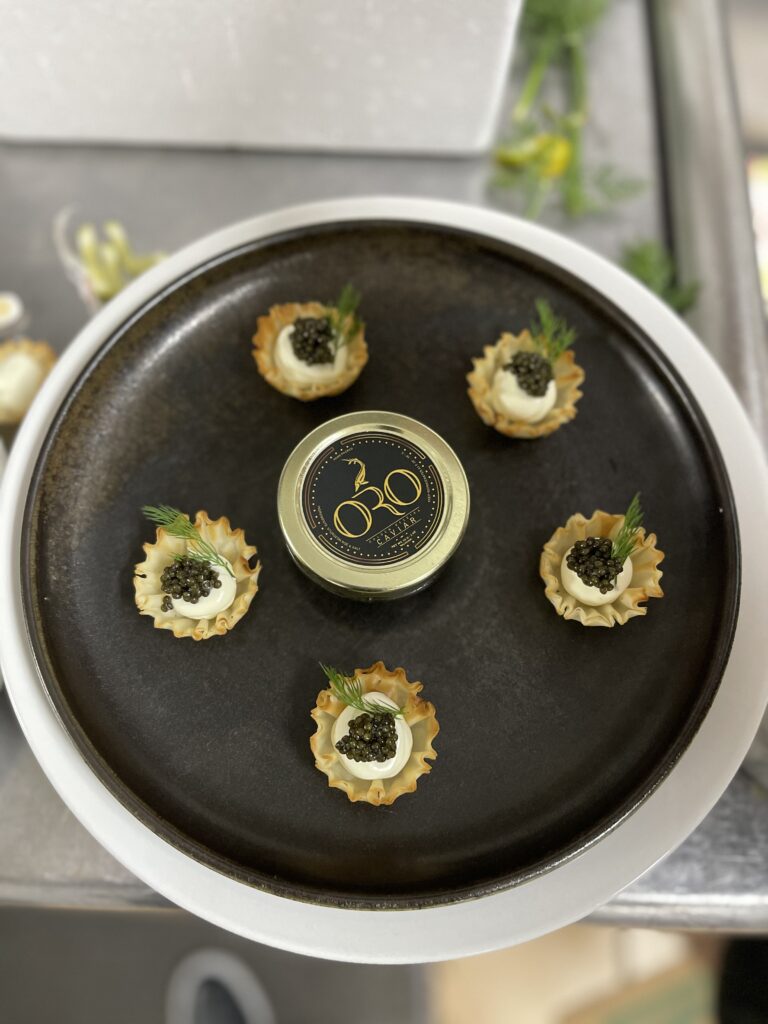 ORO Caviar, founded a little over a year ago by Aaron Lee Rosenthal and Adam Confino, was inspired by their shared passion for luxury goods.  The partners are proud of their ability to source exceptional hand-selected caviar that’s never frozen. Here, they happily lift the veil to help demystify caviar consumption for beginners. Rosenthal suggests pairing caviar with crème fraiche, chives and various small accouterments atop a blini, which he describes as “a mini, buttery pancake.” He advises against using metal spoons since “brass or metal can ruin the texture of caviar,” adding, “It will actually alter the taste.” ORO is available at RAAW Meat Market locations in Miami and Boca Raton, and for overnight delivery through their website (orocaviar.com), which is important since high-quality caviar has a  short shelf life and should be consumed within two days of harvesting.  In short, whether sampling their Russian ossetra or salmon roe, the fresher, the better.

Caviar Russe offers various indulgent caviar dishes at their restaurants in New York and Miami’s Four Season Tower. Director of Marketing Edward Pachernikov, who has worked directly with a German-based aquafarm for the last 20 years, attributes their hands-on relationship and quality control to the overall quality of the brand. “Caviar shouldn’t taste bitter, it shouldn’t taste metallic,” Pachernikov explains. “Those are all tell-tale signs of bad caviar.” 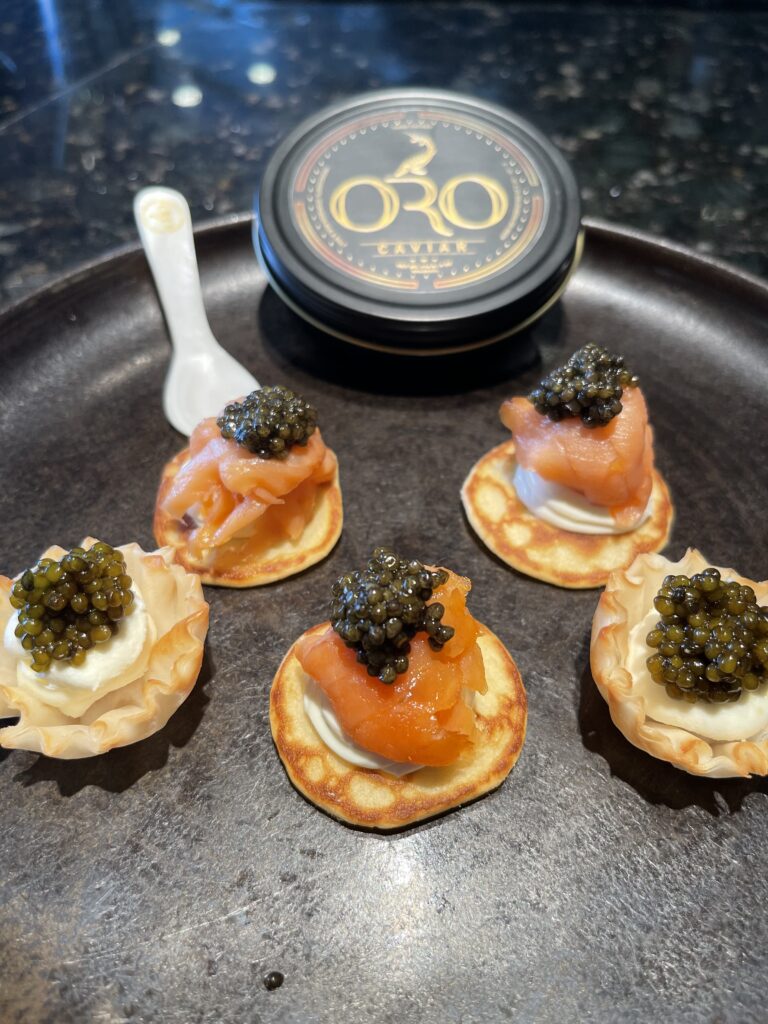 Signs of quality in caviar also depend on species–beluga, kaluga, ossetra, sevruga and American sturgeon–as each has a distinct flavor profile, some milder, some richer, some earthier, some brinier. Overall, Pachernikov says, caviar should be clean and fresh on the palate, even if it has a strong flavor. For first-time caviar consumers, he recommends a mother-of-pearl spoon to experience the full range of delicate flavors. “Less is more when it comes to toppings,” Pachernikov says. “I like that briny ocean flavor.” Still, there are a few rules to pairing and consuming caviar that first-timers should know before diving in headfirst. Namely, don’t overdo it. Caviar is chock-full of vitamins, oils and omega acids, making it a rich food in general. It’s eaten in small portions not only because it’s rare and expensive, but also because it’s truly decadent in flavor and texture, and should not be consumed with complete abandon for the same reason one doesn’t eat a large amount of strong cheese in a single sitting. 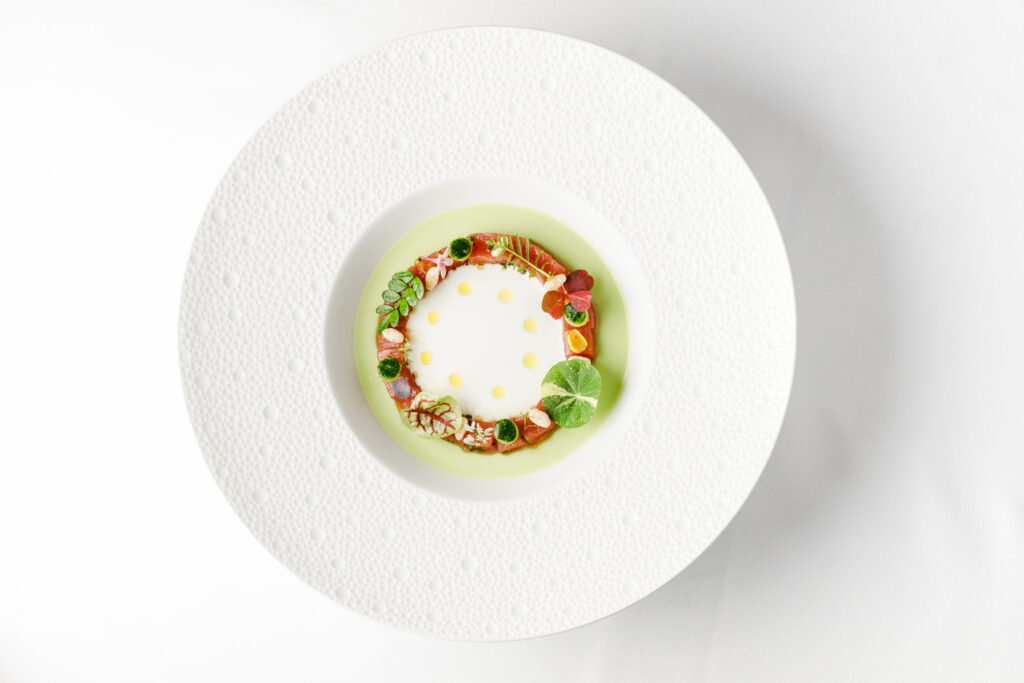 Varieties of roe outside the traditional sturgeon species are also gaining traction. Earthy North American fish like hackleback, paddlefish, trout and bursting, bright-orange Alaskan salmon roe are popular alternatives to sturgeon caviar and have their own unique textures and flavor profiles. When it comes to entrée pairings, a fatty, mild fish like tuna or salmon perfectly complements milder caviar or salmon roe, while seared, rare filet mignon pairs wonderfully with a more robust, earthy roe like paddlefish. As for what to wash it all down with, despite popular opinion, it’s not always Champagne that pairs best. In fact, caviar often begs for wine that’s white and bone dry. Look for the intense minerality of a Spanish Albariño or think outside the box and find a Hungarian dry Furmint with herbaceous green notes or a Greek Savatiano with its distinct salinity and bright acid, or try a fine-bodied pinot noir from Oregon with earthier American varieties of caviar.
However you choose to enjoy one of the world’s oldest luxuries, word to the wise, if you ever find yourself at a caviar tasting, always scoop the eggs from the caviar dish vertically to the bottom of the dish and then back up again to avoid harming the texture of the individual eggs.  Do. Not. Stir.