The triangle of St Barts, St Martin and Saba blend the best of France and the Netherlands with the charm of the Caribbean 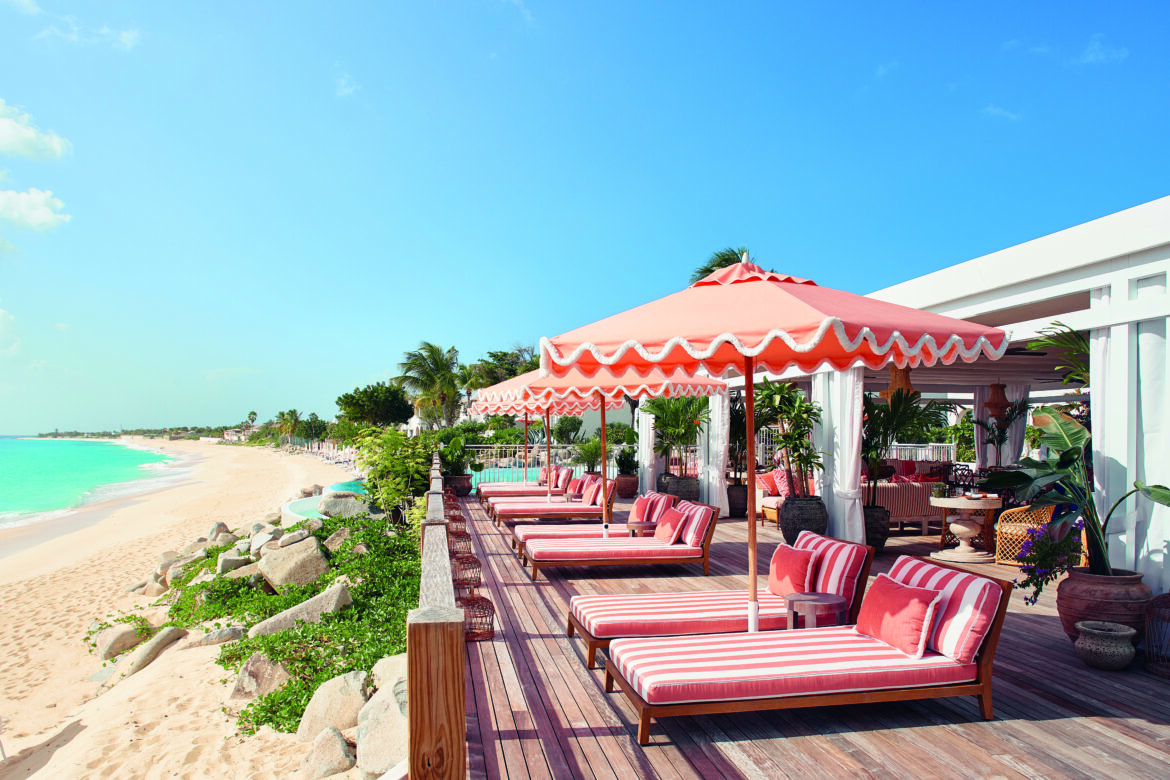 Most pilots consider landing a plane a St Barts Airport to be a supremely difficult feat of aviation. I’m trying to forget this fact as our eight-seat, single-engine turboprop scoops around the harbor, nosedives over a hill and glides smoothly along the sliver of landing strip—one of the world’s shortest—to an abrupt halt in front of the Bay of St. Jean. This is not a flight to take if you’re afraid of flying, so a private boat from neighboring St Martin is a great alternative. But the dramatic entrance is really the best way to get acquainted with the hilly little island in the French West Indies, which you can easily circumnavigate in less than 30 minutes. 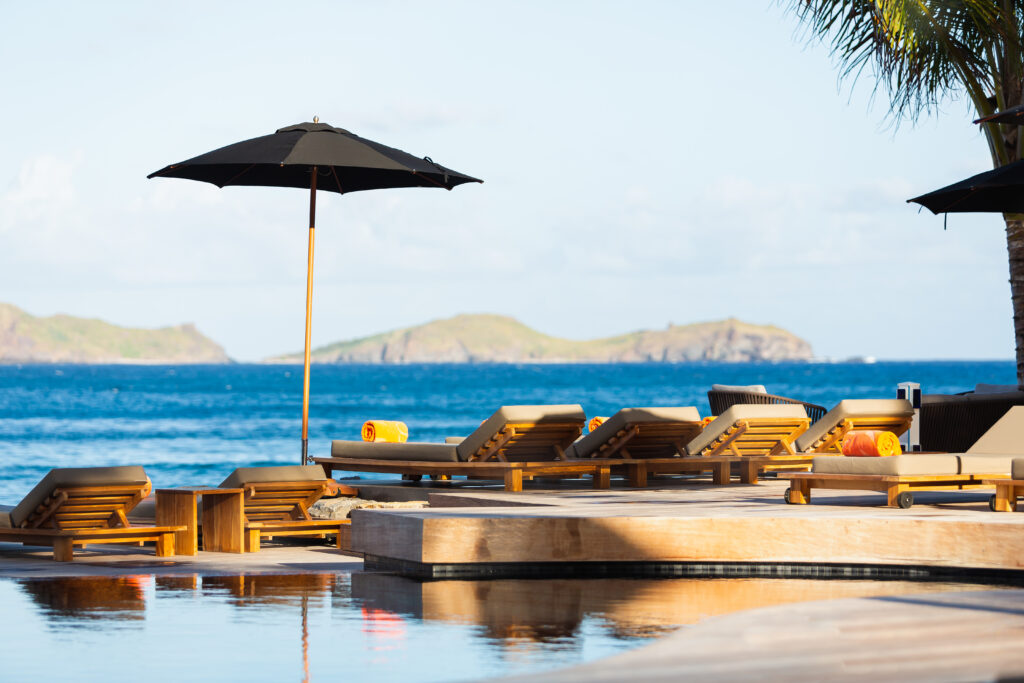 Located in the Leeward Islands, where the northeastern Caribbean Sea meets the western Atlantic Ocean, St Barts is part of the island chain stretching from Puerto Rico north to the Virgin Islands and all the way down to Trinidad and Tobago. Shiny superyachts dot the coast of the southwest shore near the capital of Gustavia, whose red-roofed buildings wrap around the harbor like a horseshoe. This is about as close to downtown as it gets in St Barts. Shops range from homegrown Calypso St. Barth and designer-clad Volver to boutiques like Hermès and Prada. A handful of the top eateries on the island are also concentrated around the capital, like Franco-Japanese fusion Orega and hillside Bonito, where the sunset views and yacht-watching are arguably some of the island’s best.

While Sweden ruled for nearly a century, St Barts was initially colonized by French mariners and is now considered an overseas French collectivity. Gustavia may have been named after Swedish king Gustav III, but the town has more parallels with the South of France than Stockholm. You’ll notice names of beach bars and eateries also popular along the French Riviera, like Nikki Beach, La Guérite and Bagatelle, as well as those inspired by it, like the Hotel Christopher’s new waterfront restaurant and bar, RIVYERA. At the helm is chef Arnaud Faye, whose resume is composed of a series of Michelin-starred kitchens—the most recent being two-starred La Chèvre d’Or in the perched medieval village of Eze, on the Côte d’Azur.

Faye, a Meilleur Ouvrier de France (a title that translates to “best craftsman in France”), started conceptualizing RIVYERA after visiting the hotel as a patron chef for the annual, star-studded Saint Barth Gourmet Festival in 2019. The Mediterranean menu brings a taste of the Riviera through elevated takes on Niçoise fare like pan bagnat sandwiches with seared tuna or traditional pissaladière caramelized tarts.  ‘World Coffee in Good Spirits’ champion mixologist Victor Delpierre. is behind the craft cocktails, which incorporate the spirit and flavors of eight cities along the Côte d’Azur, from a mimosa honoring Monte-Carlo to the 44N Rosé, named for the perfume capital of Grasse, made with the 44°N Gin which is distilled in the town.

Two years ago, The Christopher ushered in three new four-bedroom villas which are encased by lush vegetation and feel like private islands embracing the sea. The hotel’s prime placement above the rocky shoreline of the well-heeled Pointe Milou neighborhood (home to the iconic cabaret-club Le Ti St Barth) means that while The Christopher lacks a beach, it has a much more secluded feel. The hotel also offers unobstructed views of the sea and neighboring islands from the restaurant, Spa Sisley, and the comfort of the villas’ private infinity pools. 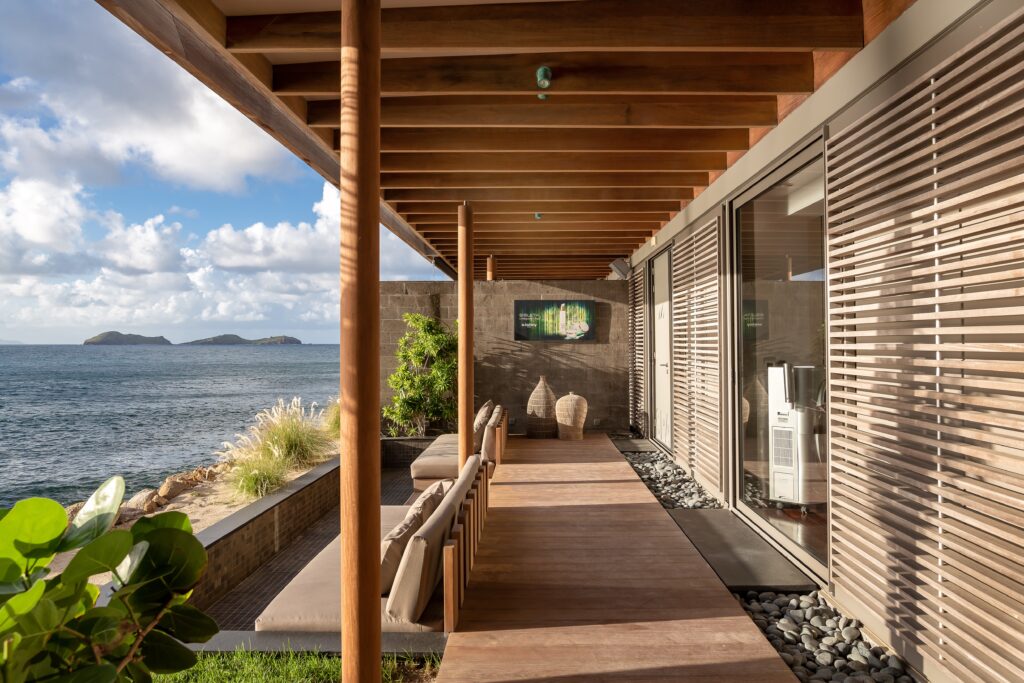 St Martin, an hour away by boat, has a history that includes a 140-year battle between French and Dutch settlers that ended in a draw. The 37-mile-long island is now divided in half with the French in the north and Dutch in the south. The French capital of Marigot also captures the charm of Southern France but feels more like a sleepy Mediterranean fishing village, as opposed to the buzzy Dutch-side capital Philipsburg, with its bustling cruise port and casinos. The island is crowned by sophisticated La Samanna, A Belmond Hotel, which is nestled between the crescent bay of mile-long beach Baie Longue—one of the longest and most secluded on the island—and 55 acres of tropical gardens. The lobby of La Samanna beautifully frames the Caribbean Sea, which is also one of the highlights of its al fresco restaurant L’Oursin, where you can dine on French-influenced fare and seafood like pan-fried scallops with vanilla-butternut squash purée and Vichyssoise (chilled leek and potato soup). 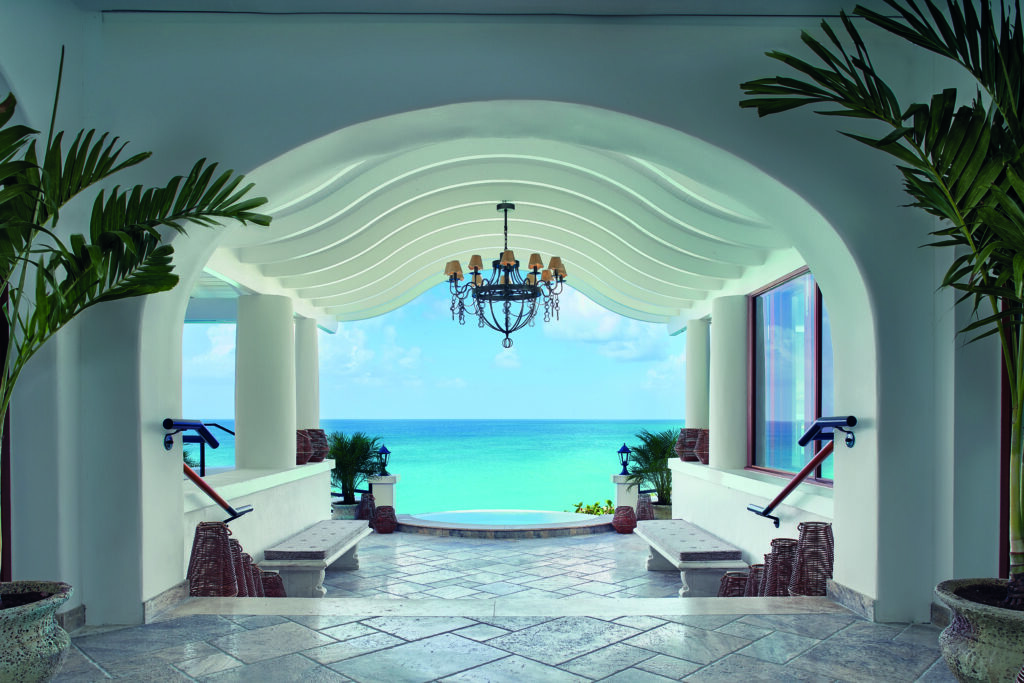 The pièce de résistance of the 83-room property, however, is the historic La Cave wine cellar, one of the largest private cellars in the Caribbean, which stores more than 15,000 bottles.  This season, a new culinary series dubbed La Cave Under the Stars will feature a rotating roster of international guest chefs and sommeliers like James Beard Award-winning chef David Waltuck (creator of acclaimed New York City eatery Chanterelle), who will guide diners through a six-course dinner with wine pairings. 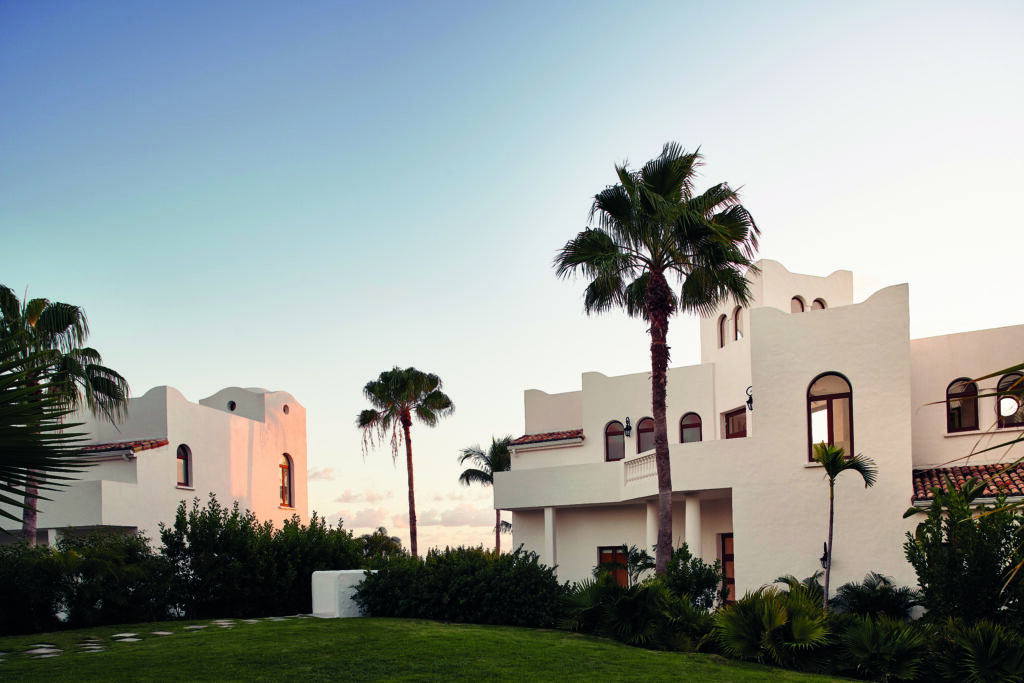 With a candlelit spa unfolding into wild tropical gardens, cliffside pool villas with wraparound panoramic terraces, and curtain-encased cabanas dotting the powder-white sand of the private beach, La Samanna is the kind of resort that instantly pulls you in. The question of ever stepping off-site doesn’t even cross your mind. 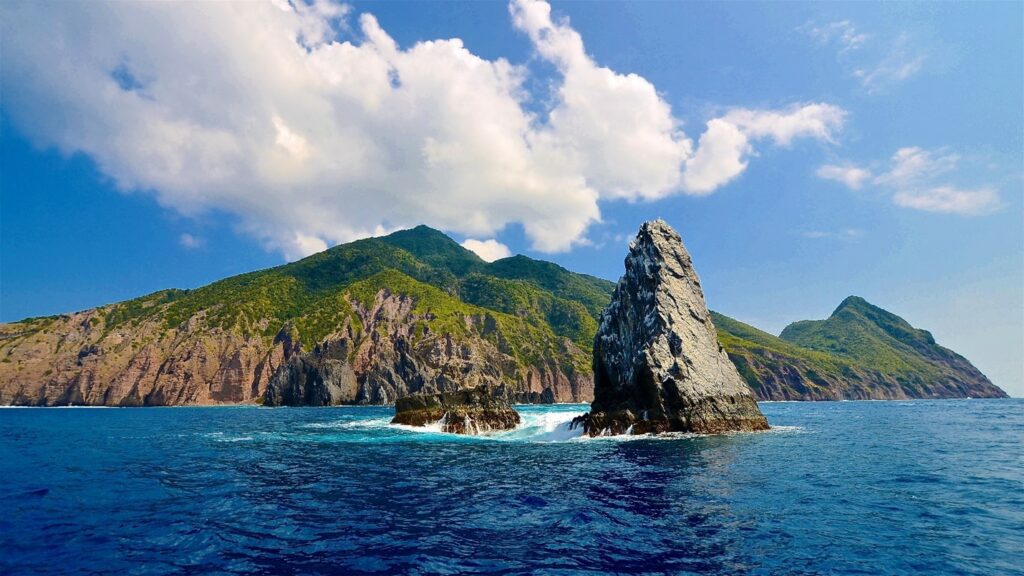 When you finally do feel like venturing out, though, continue the island tour hopping over to Saba, a 12-minute flight or 90-minute ferry ride away. You may recognize the island from the 1933 film King Kong (it was the backdrop for Skull Island), but this is one of its few claims to fame. The five-square-mile island is often referred to as one of the Caribbean’s best-kept secrets since it’s off the cruise ship and chain restaurant radar. The main draw is diving, and there are nearly 30 sites to choose from, but for those who would rather stay on land, take your pick of easy to extreme hikes that wind through rainforests and open up to bays offering a well-rewarded swim. After an exciting day of adventure, it’s back to La Samanna where you can take in views of the water in one of the most sumptuous of ways—a private infinity-edge pool draped over the sea where you can enjoy a sky full of stars dipping into the horizon surrounded by  only the sounds of swaying palms and lapping waves. You’ll feel like you’ve slipped away to your own private island without ever having to leave your villa.