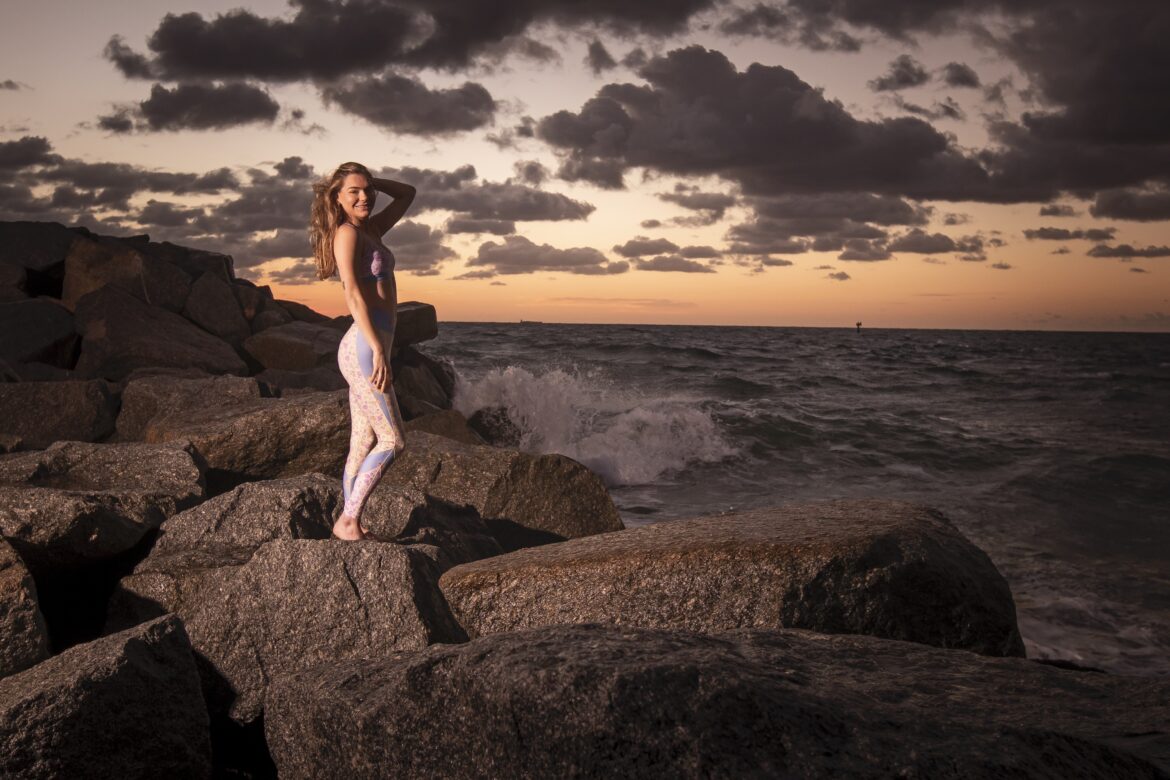 It was in December of 2019, during her senior year of college at Indiana University, when Brittany Berrard found herself on a yoga mat at Sol Fort Lauderdale. She didn’t want to be there, but after years of battling anxiety, depression and self-destructive behaviors, she eventually took her mother up on an offer that would change her life—and soon, the lives of others. “I definitely struggled in college and high school. I had experienced a lot of bullying”, the 24-year-old says. “And it really got to me, especially with drinking and drugs. I got very wrapped up in trying to be liked, and I ended up becoming a person that I really wasn’t.” 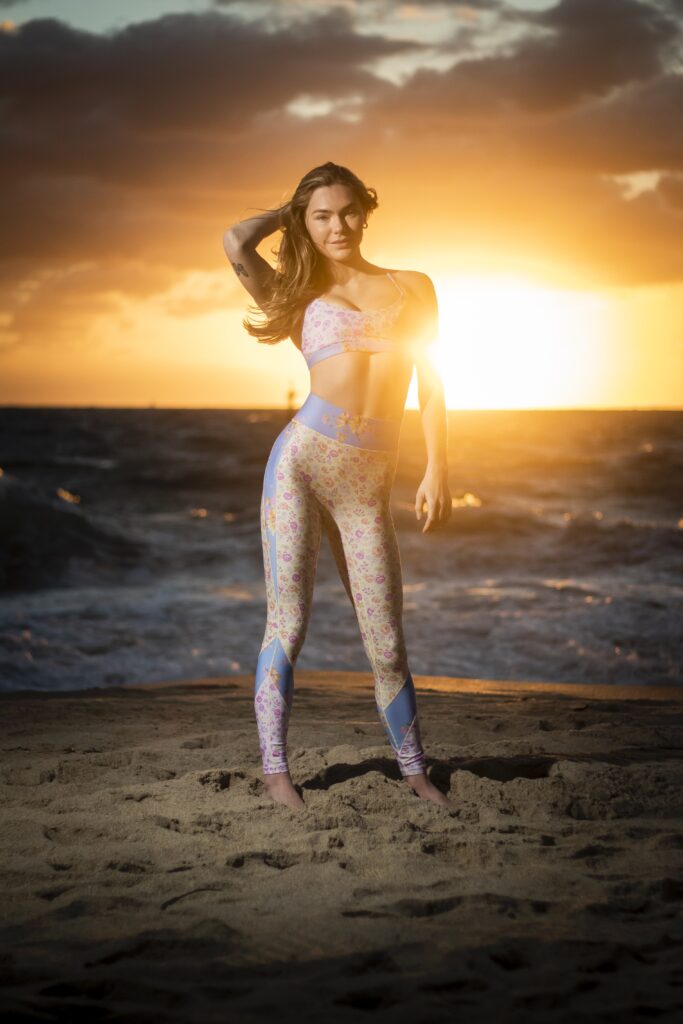 Berrard listened to the instructor tell the class, “It’s OK to not always be happy—we get stressed, we get overwhelmed, we get angry, but that doesn’t mean that we are living an unhappy life. The important part is to hold onto the things that do make you happy.” It was at that moment that the practice suddenly made sense to her. The teacher’s words and the rise and fall of the poses, created a calming effect, settling her heart rate and halting her racing thoughts. Berrard decided to continue working towards her self-discovery off the mat. “I started journaling, meditating, and I went to yoga every day twice a day,” she says. “And then my mom and I would do it at home. I spent that time really working on myself and trying to figure out not necessarily where I went wrong, but how I could make things better and how I could feel better

Although it wasn’t her first time in a yoga studio, it was the beginning of her personal journey. Berrard had practically grown up in the wellness world, meeting family friend Deepak Chopra, as a toddler with her mother, advocate and author Pam Butler.

Butler, who wrote Return to Life: Finding Your Way Back to Balance and Bliss in a Stressed-Out World after enduring her own struggles, originally found solace at the Chopra Center for Wellbeing in Carlsbad, California, where she became friendly with Chopra. Under her doctor’s supervision, Butler was able to wean herself off of medication with the help of meditation, yoga, diet, exercise and ayurvedic medicine. Butler has since parlayed her teachings into leading corporate retreats and wellness events.

“She’s kind of taken what I’ve done and run with it and even grown it more,” Butler says of her daughter. “I’m really so proud of how she has harnessed all of her energy into wanting to help and share with other people and being of service to other people.”
Nearly two decades after their first meeting, Berrard reconnected with Chopra. “He was really interested in a lot of the things that I was doing now and how I was addressing mental health in youth. Because mental health is a crisis right now for everyone, for the whole world, but specifically for the younger generation, because we’re so impressionable. It was like an experience going back in time,” she says. “It went full circle. He was someone that I had known since I was a baby, but who I hadn’t talked to in a long time.”

The community, which was developed by Joe Lewis’ Tavistock Group, has transformed a quiet town into a mecca of mindfulness, healing and transformation. Alongside an adventure park, a 30,000-square-foot Sculpture Garden, the largest tennis facility in the nation and the new Lake Nona Wave Hotel is the Lake Nona Performance Club, home to Chopra’s Mind-Body Zone and Spa.  The first of its kind in the nation, visitors can work their minds and bodies with yoga, breathwork, meditation, sound healing and barre classes. At the end of February, the Lake Nona Impact Forum returned to the community, drawing a slate of speakers, such as former President Bill Clinton, Goldie Hawn, Ciara and Russell Wilson, Kenneth Cole and, of course, Chopra. “Our goal is to make Lake Nona the hub for health and wellness,” says Machaiah.

Berrard and her mother now lead workshops and retreats in the burgeoning town. Berrard aims to help her peers—especially as the mental-health crisis is exacerbated by the pandemic. Machaiah applauds Berrard and Butler describing them as “two generations coming together to bring about personal transformation and societal wellbeing.”

“We want to do more in-person panels, discussions, events, workshops,” Berrard says. “I really feel called to be of service and to help people every day.” She then adds with a laugh, “It’s funny because at first I was so resistant, and I just wanted nothing to do with it, like any kid and their parents. Now, she and I actually do events together.  And it’s nice to be able to share something so special and sacred with your parents.” neveralone.love

Heading to Lake Nona? The recently opened Lake Nona Wave Hotel is perhaps the most technologically advanced hotel in the world, thanks to an extensive roster of technology brands outfitting the hotel’s 134-guest rooms, 16-one bedroom suites and penthouse. 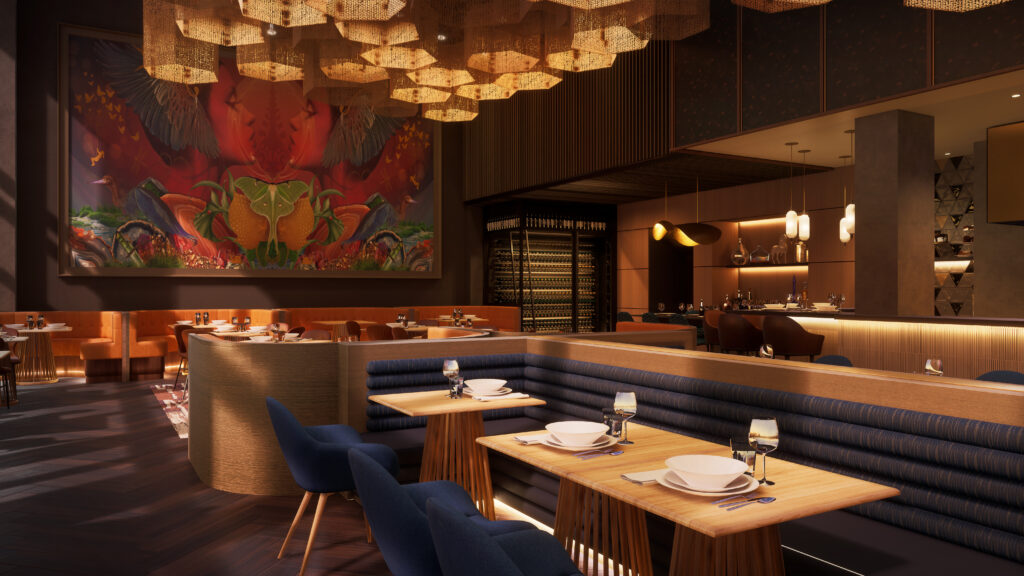 The Wave serves up top-notch dining at Bacån, featuring a menu inspired by the many flavors of the America’s. Guests may opt for a more casual experience at the hotel’s sister restaurant, Haven, featuring a Mediterranean-meets-Key West cuisine and botanical-inspired cocktails. Just outside is the colorful Haven Pool with multi-colored cabanas and al fresco options. 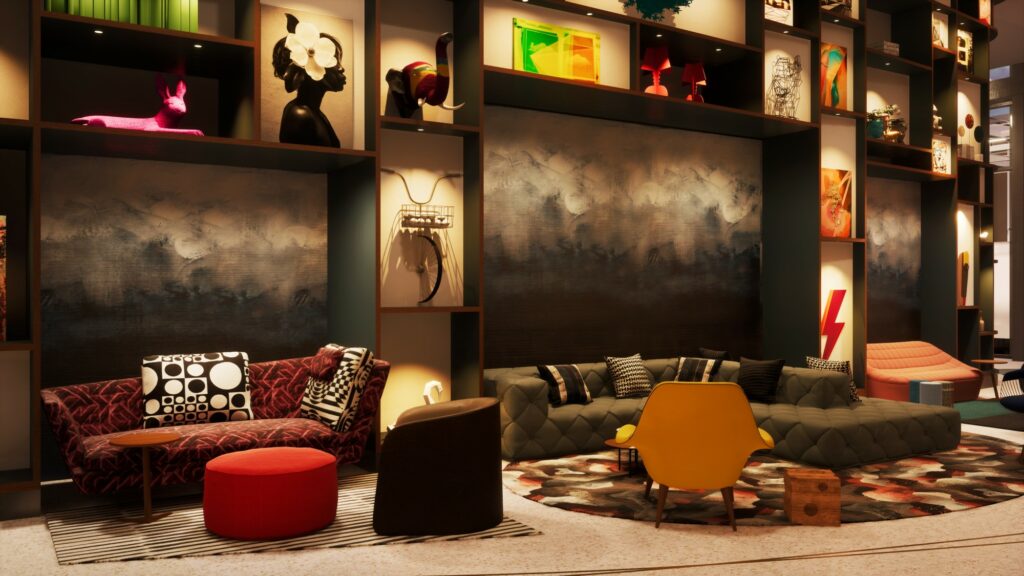 In Retrospect: A Star is Born