Accessibility is the Name of the Game as Pickleball Gains New Ground. 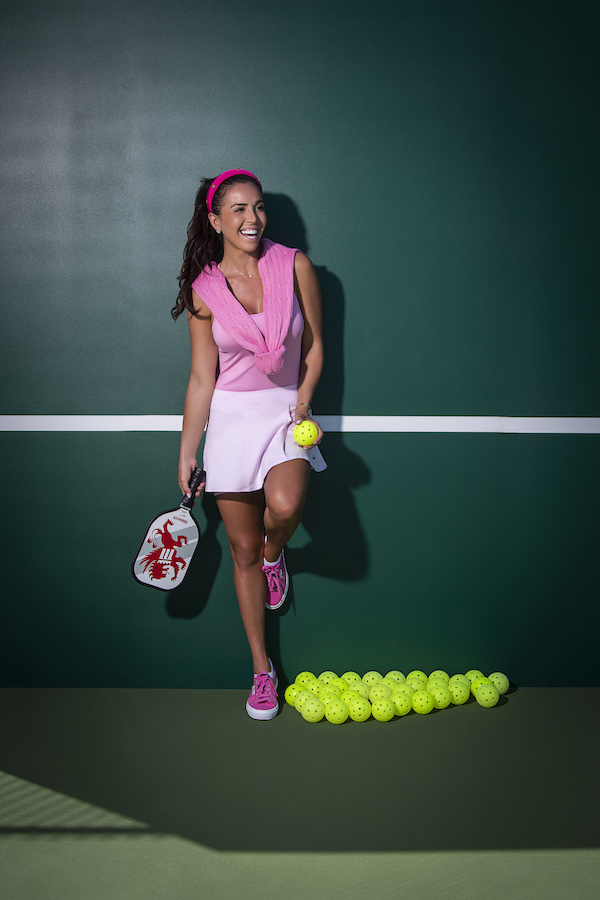 Pickleball is having a moment. Its increasing popularity can be seen in the number of courts cropping up in Fort Lauderdale’s parks as well as its broadening appeal around the world. What was once the little sport that could has matured to become one of the fastest growing pastimes of 2021, and there aren’t any signs its momentum is slowing down. Carl Williams, deputy director of Fort Lauderdale’s Parks and Recreation Department, isn’t surprised that pickleball is gaining a foothold. “We started receiving formal inquiries in support of building courts around 2017,” he says. A pickleball tournament was held nearby in Naples that same year, which might help explain the recent upswing in local interest. According to Williams, “There’s been a constant increase for the past several years.” Fort Lauderdale now boasts 12 permanent courts in addition to eight temporary ones and even more hybrid courts. 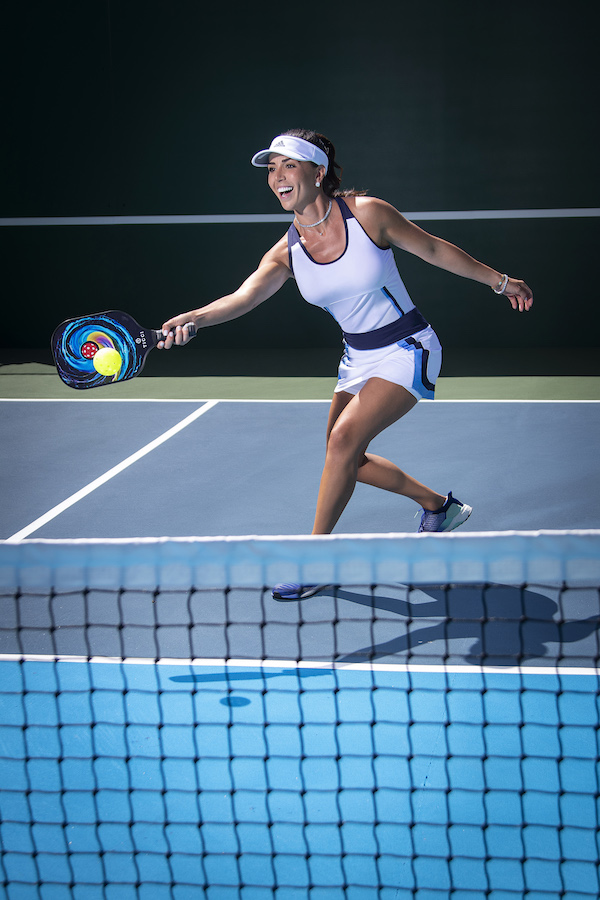 Health and fitness personality Ainsley Rodriguez flaunts in a Fila tank and skirt. Visor by Adidas.
Available at Dick’s Sporting Goods. Jewelry is stylist’s own.

The origins of this oddly named game date back to 1965, when a group of parents were tasked with entertaining their bored brood during an annual family vacation to Bainbridge Island, Washington. Joel Pritchard—then serving as a congressman for Washington state—found himself gathering a hodgepodge of equipment with the help of his wife, Joan, along with their houseguests Bill and Tina Bell. After collecting a handful of ping-pong paddles and a perforated plastic ball, they took to the badminton court. Initially, the net was set at the traditional badminton height of 60 inches. However, as the weekend progressed and the families got a better feel for their newly invented game, they found that the ball bounced well on the asphalt court and lowered the net down to its current standard height of 36 inches. By the following weekend, the Pritchards’ neighbor Barney McCallum had chipped in and constructed more reliable paddles. With his input, the game’s equipment, rules and formation were soon solidified. Word traveled fast about the Pritchards’ new family-friendly pastime. Just over 10 years after those initial matches, Tennis magazine ran a story on pickleball and referred to it as “America’s newest racquet sport.” Come 1990, pickleball was being played in all 50 states at community centers, schools, YMCAs and retirement communities. 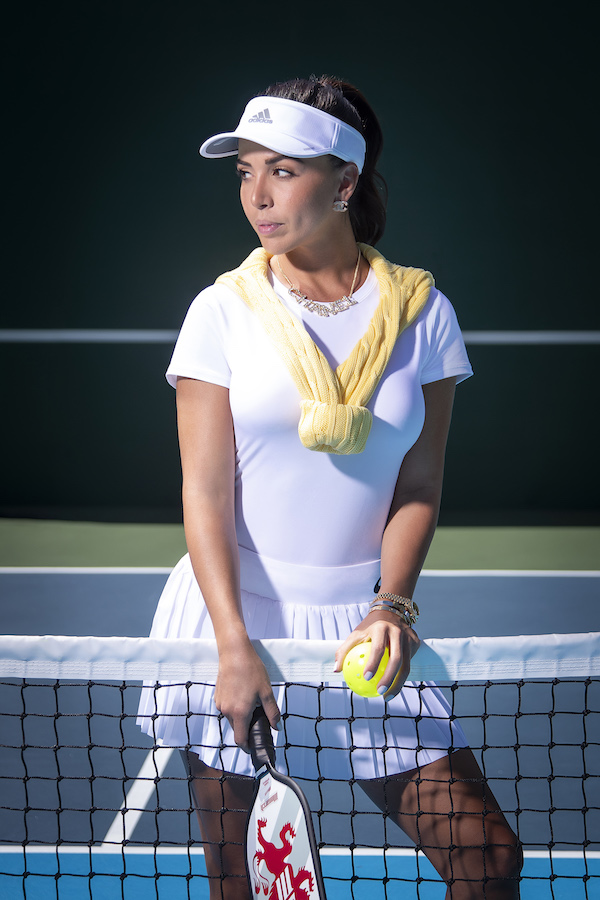 Shine bright like a diamond. Ainsley sports an Adidas headband. Top and skirt by ASICS. All available at Dick’s Sporting Goods.
Sweater and jewelry are stylist’s own.

Today, this unlikely sport is played in more than 8,500 locations around the globe, with new clubs forming on multiple continents. Like any subculture with a dedicated following, the game has developed its own accompanying slang terminology through the years. The vocabulary of a pickleball devotee is a colorful one, consisting of words and phrases like “dillball”, “dink shot”, “kitchen”, “falafel”, “flapjack” and “volley llama”, the last of which refers to an illegal move. It’s a natural question for any pickleball newcomer to ask: Just what is the source of this game’s peculiar name? Despite popular urban lore, it is not an homage to the Pritchard’s family dog, Pickles, who was actually named after the sport was invented. Rather, it’s a reference to college crew races, an athletic activity that Joan Pritchard was quite fond of. She drew a parallel between the seemingly “thrown together” group of non-starting rowers and the new game’s haphazardly assembled equipment and borrowed rules… and thus, “pickleball” was born.

Although pickleball has grown exponentially since its start as a fresh way to pass the summer days, it’s retained the essence of what the game’s founders intended it as a sport for all ages. Stu Upson, the CEO of USA Pickleball, attributes the game’s present popularity to its perennial accessibility. “Everyone can play,” he says. “Pickleball is a very social sport that allows you to make new friends wherever there is a court… all you need is a paddle and a ball to start playing.”