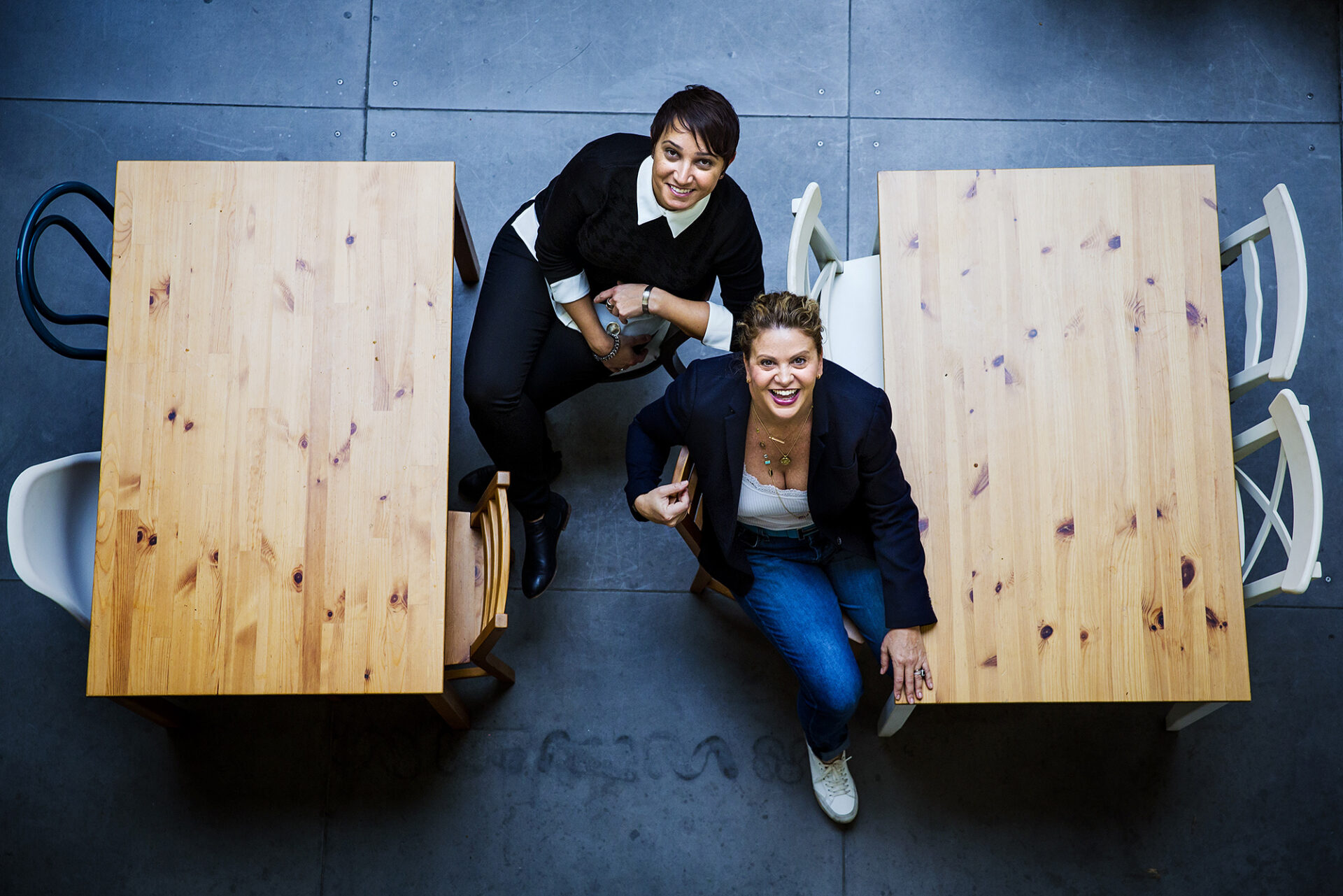 For five days in February, South Florida gets very, very delicious. The Food Network & Cooking Channel South Beach Wine & Food Festival sees chefs from around the globe boarding planes bound for the Sunshine State, but the sprawling celebration also highlights the culinary talent we have in our backyard—for example, Paula DaSilva and Michelle Bernstein. DaSilva, a “Hell’s Kitchen” alumna, runs the tasty kitchens at The Ritz-Carlton, Fort Lauderdale. Bernstein is a dizzying combination of James Beard Award-winning chef, television host and culinary mind behind some of Miami’s best food concepts.

They’ll both be busy during the upcoming festival. DaSilva will host what’s sure to be an incredible dinner cooked by talented female chefs, and Bernstein will host the popular Cobaya Dinner. But before all that mayhem, we got the two chefs out of the kitchen for a conversation about food, life for women in the industry and Bernstein’s pickiest (and tiniest) customer.

DaSilva: You’re always a favorite at the South Beach Wine & Food Festival. But what are your favorite parts of the week?
Bernstein: I love catching up with some of my local friends. I love seeing the national chefs, too. I love José Andrés’ parties and seeing Guy Fieri’s hair sticking out in the middle of the crowd. But my favorite part is that I get to see people like you—the local gang I don’t get to see because, let’s face it, I don’t have time to eat out too often. It’s my time to give hugs and kisses to people who I miss desperately and just shoot the you-know-what with my friends around delicious food, find out who got married, who had a baby, things like that.

DaSilva: And you’ve been really busy lately with this new concept in Little Havana. Can you tell me about it?
Bernstein: Café La Trova is a bar first and restaurant second. This was a dream of Julio Cabrera and my husband, David Martinez. Julio came to my husband a few years ago and said, “I have this idea: Let’s go to Santiago de Cuba and see this bar called Casa de la Trova.” We were told Celia Cruz used to sing there and Buena Vista Social Club was founded there. We went, and the music was insane. There were cigars everywhere. When we decided to bring it to Little Havana, I wanted to do this croqueta menu I’ve had in my head forever. So we’re doing a paella croqueta. We’ve got green chorizo croquetas, jamon serrano with blue cheese and fig jam. It’s a little bit of yesterday mixed with a little bit of today.

DaSilva: Is cooking easier for you now than it was 15 years ago? Do you find yourself feeling freer in the kitchen?
Bernstein: I think everyone in the industry is feeling freer. Who would have thought 15 or 20 years ago that I was allowed to make fried chicken sandwiches? I studied under Jean-Louis Palladin. I was supposed to be making this crazy fancy food at, like, a four- to five-star level, but all of a sudden I am finding myself so incredibly happy making arroz con pollo or lunch for my son. Whatever I’m in the mood for, I make.

DaSilva: Has your son taken any interest in cooking?
Bernstein: His palate is better than mine. The other day I was toasting some rice and hoping nobody would notice that I toasted it a little too much. But the second he put it in his mouth he was like, “Mom, what did you burn?” I was like, “I didn’t burn it, it’s just toasted!” He goes, “That’s not toasted; that’s burnt.” And he’s 7!

DaSilva: He’s not afraid to call you out.
Bernstein: He’s also taken up my mother’s role. We’ll go to a restaurant and people have no idea—and they don’t care—who the heck I am. But he’ll say, “Don’t you know who my mother is? She’s chef Michelle Bernstein!” I literally roll under the table. But my mother used to do that, and it was horrible when she did it, and it’s even worse when my son does it because it almost sounds like I trained him to do that.

DaSilva: What about being a woman in the kitchen? What has changed and what do you think still needs to happen to make this industry better for us?
Bernstein: Somehow it has to be a little easier for us to be mothers or wives or have lives outside of the kitchen and still be able to work like we want to and with all the passion we have. There has to be a way to get it all done with more understanding from our colleagues. I also feel there are not enough women in executive and corporate chef positions. I travel about a week out of every month—around the world—and everywhere I go it’s a surprise to see a woman in an executive position. All my mentors were men and I learned a great deal from them, but I feel like there could have been a little more of an even playing field.

DaSilva: I agree. We’ve been here all along.
Bernstein: A long time. I’ve always been paid less than my male counterparts. Every job I’ve ever had, I was told I was going to be paid less because I’m a woman, and there’s nothing I can say about it. And I thought it was my fault. Maybe I wasn’t strong enough?

DaSilva: Well, you’re probably getting paid a lot more now than those men who told you that. Plus, on top of being a chef, you are a TV host, a mom and a lot more. Are you able to find balance between it all?
Bernstein: There is no balance, but I find balance in not having balance. I know that’s a ridiculous statement, but I find I’m happiest in chaos. That’s recent. I used to have everything totally controlled and now I am a big, fat, melting mess. But you know what? This is how I am. And you either take it or leave it. I’m happy and I’m in love, and things still come out perfectly and it just is what it is. I’m not going to come out smelling like a rose or looking like one, but I put as much effort as I can into everything I do.