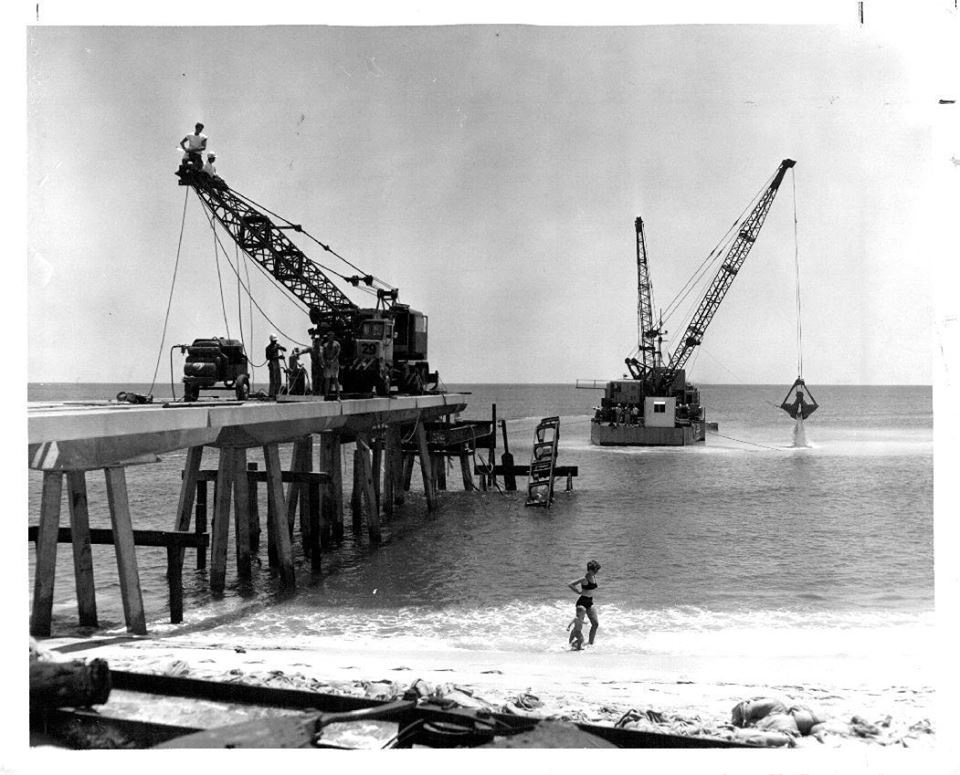 Memories of sunrises and sunsets, the romance of loved ones walking hand in hand and fishermen’s tales about the one that got away are woven into the history of the original Pompano Beach Pier. The landmark, which stood for nearly 50 years, is no more, replaced by a new pier that is slated to open in early summer.

“The old pier opened in late 1963 after civic-minded leaders recognized that fishing was an important part of the city’s history and tourist economy,” says Dan Hobby, a historian and former director of the Pompano Beach Historical Society. “Admission was 50 cents, and the pier turned what was arguably one of the worst beaches into one of the nicest.”

In addition to being a popular place to fish, the dock was within walking distance of the now-shuttered Fisherman’s Wharf restaurant and open-air concession stands. “It seemed like enough to satisfy the population back in the ’60s, as at the time condos were just being built and the beach wasn’t that congested,” Hobby says. “The old pier was a gathering spot for locals and would have probably qualified as a historical site. It had an allure.”

Through the years, the original pier sustained battering by multiple tropical storms and hurricanes, but Superstorm Sandy sealed its fate in 2012. “It was reaching the end of its life expectancy, and we were looking at alternatives,” says Pompano Beach Mayor Rex Hardin. “Sandy damaged the planking on the eastern end, and we had to close it down.” That closure accelerated efforts for a 6-acre beach redevelopment plan that included constructing a new pier, a parking garage and the Pompano Beach Fishing Village featuring restaurants, shops and a 150-room Hilton hotel.

Construction for the new pier—which Hardin calls a “signature piece” of the waterfront—cost just over $13 million. The structure is the same length as the original (about 900 feet) and can withstand a Category 5 hurricane. Its elevation was raised from 17 to 21 feet to accommodate projected sea level rise and potential storm surges. “It’s also slightly wider than the old pier, security cameras have been added and it’s Wi-Fi ready,” Hardin says. “To see everything come together after many years of planning is exciting and gratifying.”

Economic and financial consulting firm Fishkind & Associates estimates that the Pompano Beach Fishing Village, which is opening in phases and is expected to be completed in 2020, will generate nearly 600 new jobs. The development, at build out, is projected to generate revenues to the city in excess of more than $900,000 annually.

“Pompano Beach is coming into its own, and people are taking notice,” Hardin says. “I’m proud to be part of that.”

A Revolving Cycle of Fashion