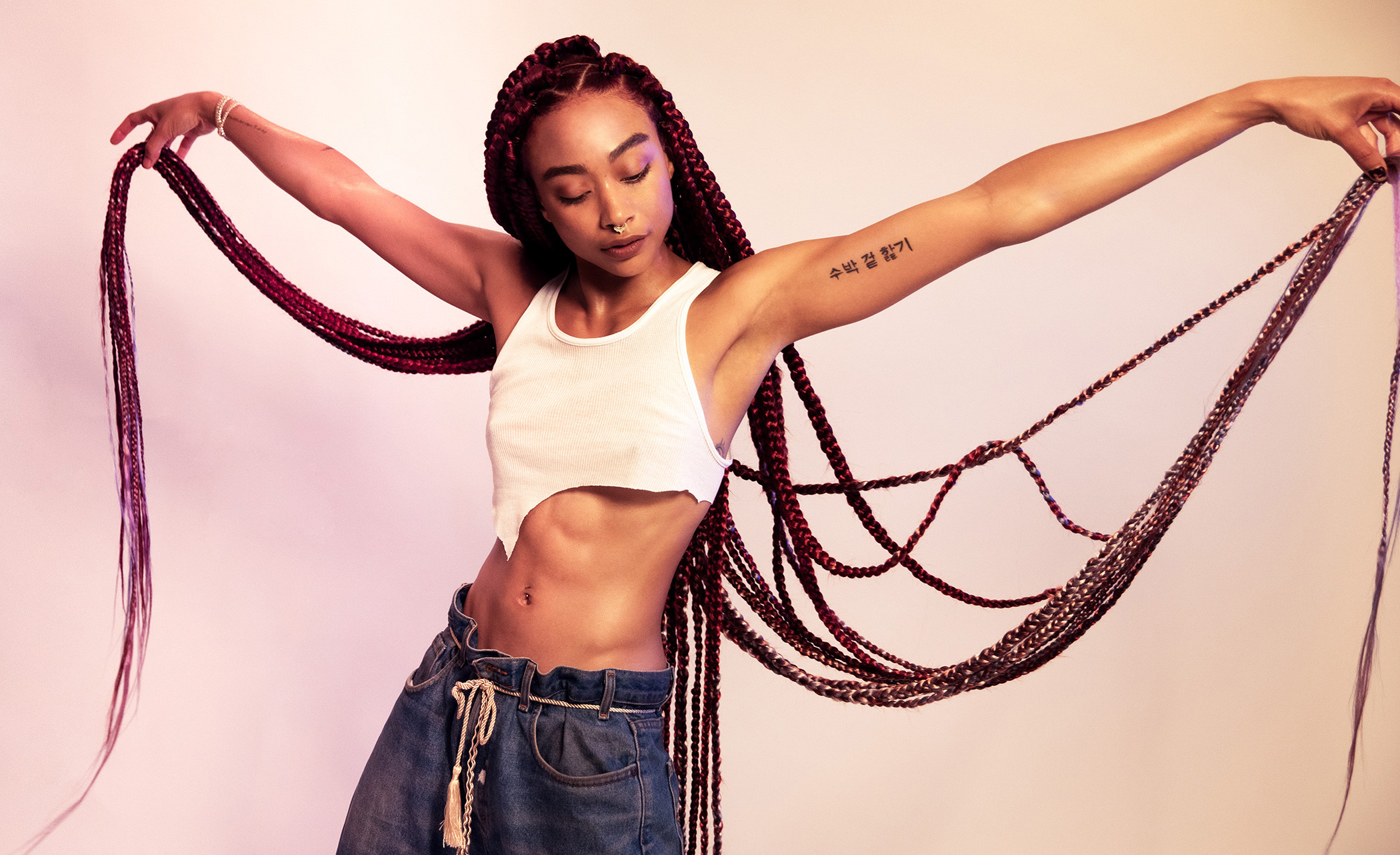 Tati Gabrielle recently posted a time-lapse video for her 1.4 million followers on Instagram with the caption, “Everyone: ‘So who does Prudence’s hair?’ Me:” showing how she molds the signature, silver finger waves of her “Chilling Adventures of Sabrina” character. She styled her hair in the 1920s-1930s look for her audition. Not only did she land the role of villainous witch Prudence in Netflix’s supernatural drama—which aired from 2018 to 2020—but the hairstyle also made it onto the show.

On Instagram, 25-year-old Gabrielle, whose full name is Tatiana Gabrielle Hobson, seems real, like a friend you’ve known for years. In the first few minutes of our call, we’ve already chatted about our dogs and her recent birthday festivities, which included a solo trip to the beach that was cut short by the wind, followed by a low-key night spent watching TV with a few friends in her quarantine bubble. On social media, she makes unicorn slippers and a face mask seem just as stylish as a pair of Puma sneakers and acid-washed jeans. “I’ve always wanted to break down the stereotype or stigma of celebrity on Instagram,” she says. “I don’t want to make being me a job, putting on a façade and trying to give this persona to the people. That’s too much work.”

It’s surprising that someone who comes off as confident and fearless could be so nervous when meeting her future “Uncharted” co-star Mark Wahlberg for their chemistry read. The Hollywood adaptation of the PlayStation game, based on the adventures of a treasure hunter named Nathan Drake, had been in production for 12 years when Gabrielle auditioned in February 2020. The Sony Pictures film had passed through several directors (the seventh and final is Ruben Fleischer of “Zombieland”) and had its cast and script changed to revolve around a younger Drake, played by Tom Holland.

“At first, I was like, ‘There’s no way they’re going to choose me for this,’” Gabrielle says. “I had always wanted to do an action film, and knowing the cast that was already on board, my mind was blown.”

The film was shot in Berlin, in the middle of the pandemic, from July through October. (“Uncharted” was slated to be released this summer, but the date has been pushed to February 2022.) “I had the blessing of being able to work during the pandemic,” Gabrielle says. “Things didn’t feel abnormal until I got back home to Los Angeles.” 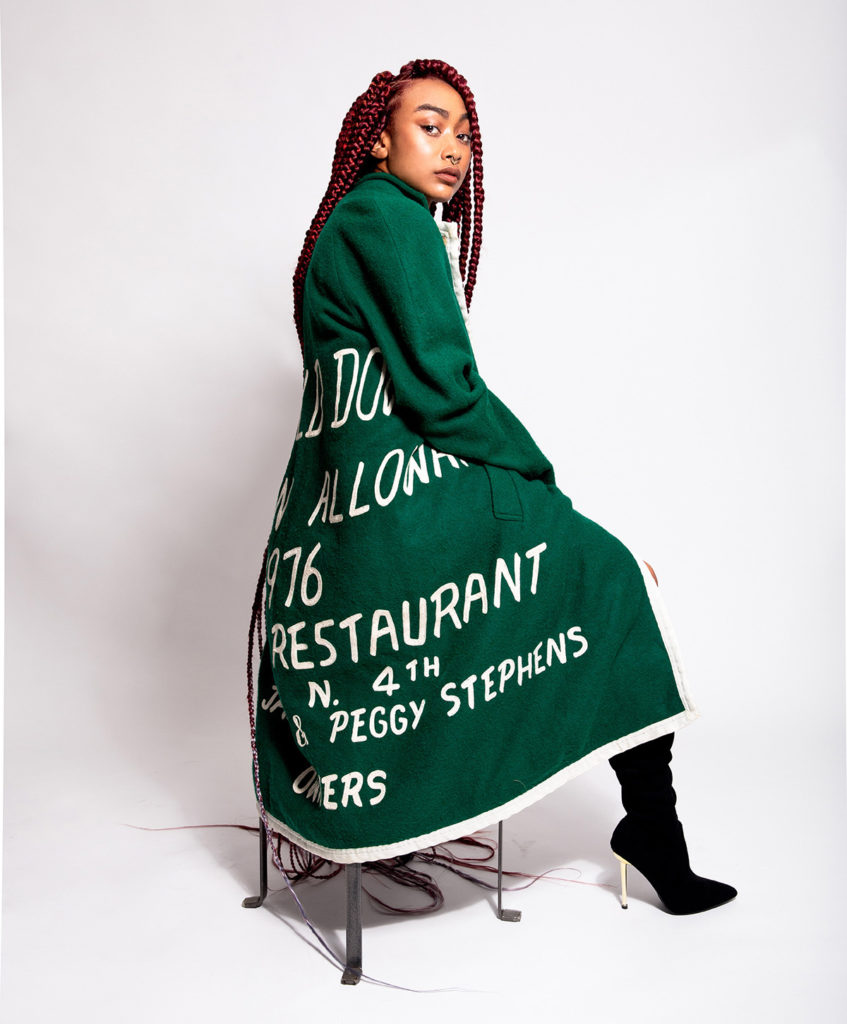 But the months leading up to Gabrielle leaving for Germany to shoot her first major feature film weren’t exactly normal, either. As the pandemic stretched on and the country juggled a quarantine and Black Lives Matter demonstrations, the actor, whose father is Black and mother is Korean, used her Instagram account as a platform to support organizations like the Black Futures Lab, which works to transform Black communities and build Black political power. She was named a Next-Gen Ambassador for the L.A.-based WrapWomen Foundation, which empowers women to achieve leadership positions and combat sexual harassment and gender inequality. And she was a guest at Mental Health America’s Instagram Live virtual art party, where she encouraged viewers to #PaintTheFeels. “I am in a position to reach a lot of people,” she says. “I don’t want anyone to feel as lonely as I felt or feel at times.”

Acting was initially a hobby for Gabrielle. She preferred drawing and had dreams of becoming a visual artist or animator. (Later, she found herself drawn to the idea of becoming an FBI criminal profiler, where one must analyze a person in much the same way an actor does to bring a character to life.) Her mother pushed her to pursue theater and audition for Oakland School for the Arts, which counts “Euphoria” stars Zendaya and Angus Cloud as alumni. She was accepted into the program, and in 10th grade, she performed an adaptation of Franz Kafka’s “The Trial” at the Edinburgh Festival Fringe in Scotland. “Being in that space with all of those creative people and so much good energy was so inspiring,” she says. “When I got home, I knew that theater was no longer a hobby; I knew this is what I wanted to do with my life.”

After graduating high school, Gabrielle enrolled as a French major at Spelman College, a historically Black liberal arts college in Atlanta that her cousins attended. Struggling with depression and anxiety, she sought help from a school counselor. Gabrielle was also prescribed antidepressants but found they made her feel worse, so she stopped taking the medications after about three months. She left on medical leave two years into her time at Spelman because she says she “mentally wasn’t in a good place.” Her mother urged her to return to San Francisco, but Gabrielle felt that going home was like going backward. She was worried she would be even more depressed. Instead, she went straight to L.A. to pursue acting. In the first two months, she found an agent and manager, and her career has catapulted in the six years since. 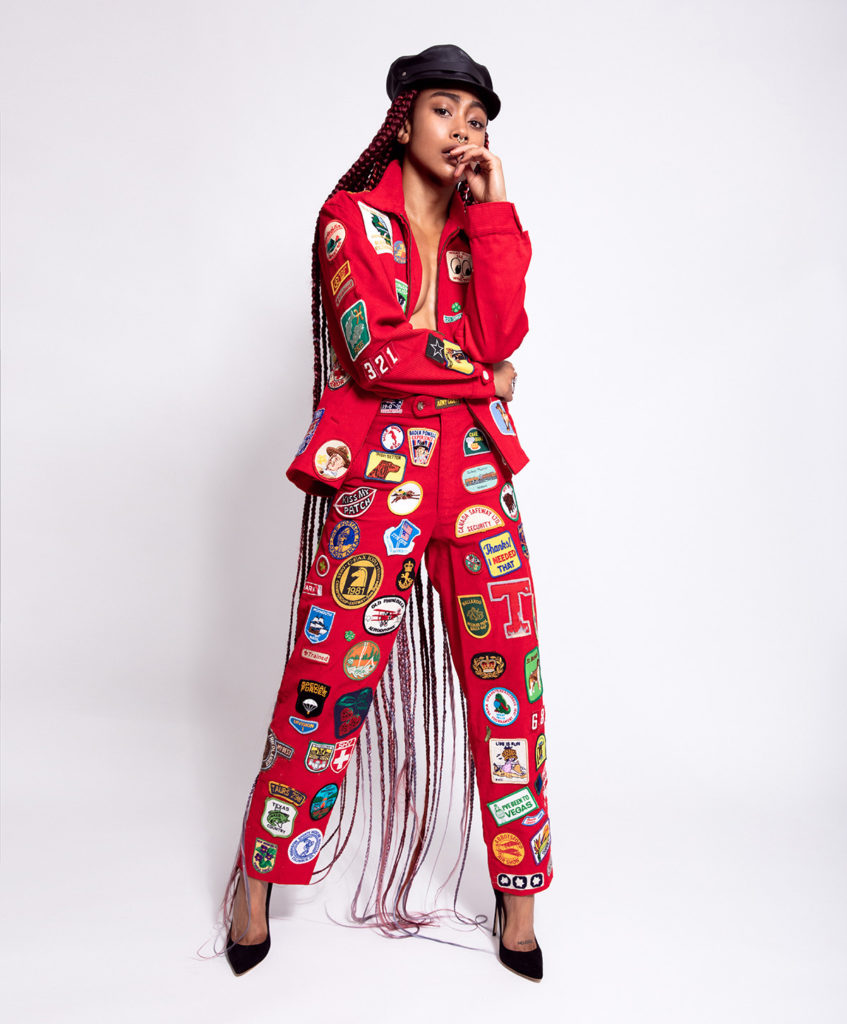 “What brought me out of my darkest place was starting a gratitude journal and visualization meditation, reminding myself of all the good and beauty that is around me and that is to come,” she says. “My advice to others who suffer from what I did would be to take it a day at a time; don’t rush yourself or put too much pressure on yourself ‘to feel better.’”

Gabrielle kick-started her acting career in L.A. with a guest role in Disney Channel’s “K.C. Undercover” and a spot in an episode of Nickelodeon’s live-action sitcom “The Thundermans.” In 2017, she scored a recurring role as Gaia in The CW’s post-apocalyptic drama “The 100,” which aired its finale last fall after seven seasons. And when she returned from filming “Uncharted,” she went right back to work, shooting seasons three and four of Netflix’s “You,” a popular psychological thriller featuring “Gossip Girl” alumnus Penn Badgley.

“Chilling Adventures of Sabrina” may be one of the more defining moments in Gabrielle’s young career, but she’s also working on getting her own production company off the ground. She’s pitching the first project she’ll produce on her own and hopes to make a formal announcement by the end of the year. When asked if there’s a moment when she has felt like she’s made it, she pauses before responding. “My dad constantly reminds me, ‘You haven’t made it yet’ as a means of motivation,” she says. “I keep that in mind to humble myself to ensure I never become complacent.”

Something to Crow About