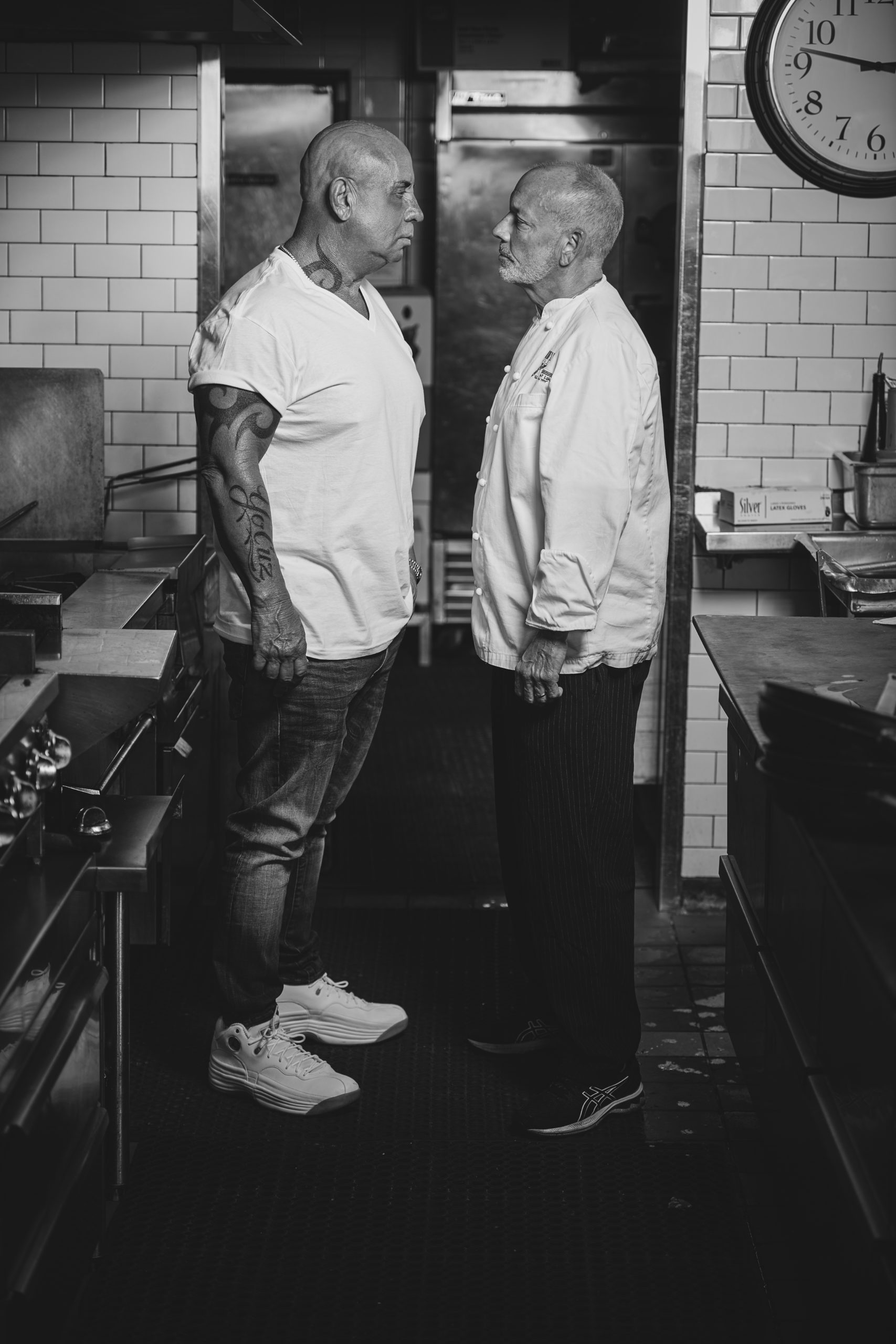 These guys speak with what you might mistake for New York accents. They grew up in big, Italian families where Sundays meant simmering a pot of gravy that would feed aunts and uncles and cousins and anyone else who showed up. And even though they’re both iron-skinned, they’re not afraid to tell you about the love they have for the grandmothers and mothers who taught them to cook. They both went into the restaurant business at an age when most kids played Little League. Then they started restaurants in Fort Lauderdale that became icons, places where locals celebrate birthdays and anniversaries. But there’s one thing that sets Steve Martorano of Cafe Martorano and Brent Lahaye of Noodles Panini so far apart that you’d be surprised they have anything in common at all. Even though they’re friends, even though they’ve known each other for decades, it’s this one little question that, if you ask, if you even suggest it, if you even have the gall to wonder who has the better meatball, you might just wish you hadn’t said anything at all. If you live a good long life, you’d be lucky to be as passionate about any one thing as these two are about their meatballs. 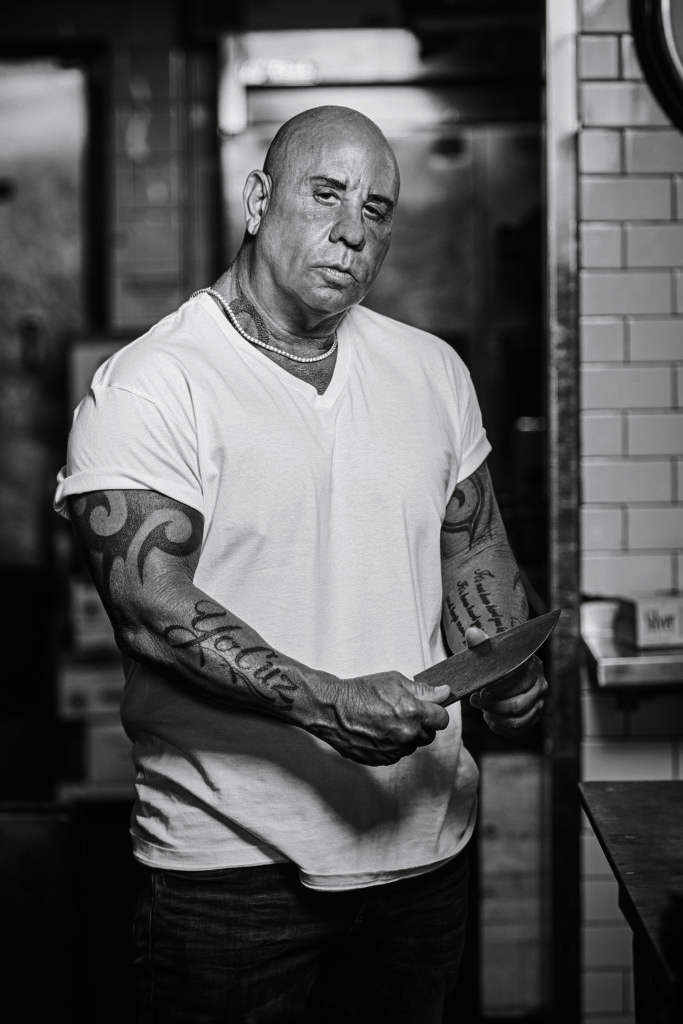 Legend goes Martorano turned away Madonna when she refused to stand outside while waiting for a table.

It all comes down to the technique. It’s this not so little thing that will make you choose sides, too. So, whose meatball do you like better? Maybe you’ve already decided, but perhaps you’re about to find out why. First, a bit of history. For Martorano, it started in South Philly, in King of Peace Parish, near 26th and Wharton streets. Many of the men in his family worked in one of two fields: the restaurant business or the mob. With tree trunks for arms and a chest as big as a four-top table, you might think Martorano would’ve ended up breaking fingers. Instead, he started selling sandwiches out of his mom’s basement, and the operation soon got so popular he’d sell out nightly. In the early 1990s, he came down to Fort Lauderdale with $40 in his pocket. He opened Cafe Martorano near the beach. People went nuts. Legend goes he turned away Madonna when she refused to stand outside while waiting for a table. Martorano even told Frank Sinatra Jr. to beat it when he tried to put in an off-the-menu order.

The meatball recipe he’s used since day one was passed down from his father’s mother just after his parents married. “My mom asked what my father liked to eat, so my grandmother gave her the recipe for gravy and meatballs and all the other things,” Martorano says.
Martorano learned to make meatballs when he was 10 or 12 years old. He recalls it wistfully, the way someone remembers an important moment in their life. “My mom would say, ‘Come on, let me show you how you make this,’” he says. “You learn, because back then, family was the most important thing.” Mash the meatballs together by hand, she told him, never with a mixer, which wrecks the texture—a labor-intensive step he still follows in his restaurants. The meatballs were served on Sundays and holidays. They’d come out as a course on their own with the rest of the meats that cooked in the red sauce, pork ribs and braciole. There would be a plate of salad, too, and macaroni covered in that slow-simmered gravy. If you’ve made good Italian meatballs, you’ve likely followed a similar recipe: pork, veal, beef, Parmesan, parsley, eggs and reconstituted stale bread. And up until that point in the story, you’ll find agreement between these two meatball kings. 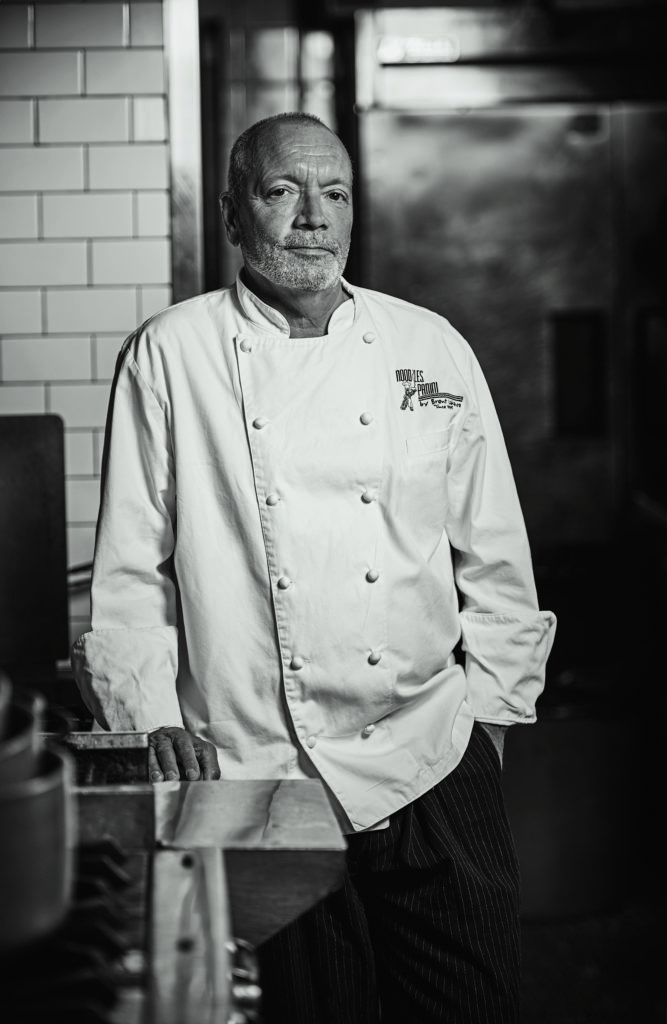 Good ingredients, Lahaye says, are really the only things that separate him from the dozens, maybe hundreds of Italian restaurants that have come and gone along Las Olas.

Lahaye grew up in a largely Italian section of town in Ontario, Canada. Both his parents came from big families, and on Sundays they’d go have a meal supervised by one of his grandmothers, all the sisters and brothers and cousins in one place. There would always be gravy, a red tomato sauce. Everybody knew his mom had the best linguine and clams. But the meatballs—they were made by his aunt Marion. In the late ’70s, his family moved to South Florida, and Lahaye graduated from Fort Lauderdale High School. After working for his dad, who opened nightclubs and restaurants like the iconic Shooters Waterfront, Lahaye landed a scholarship to attend culinary school at Johnson & Wales University. When he finished at the top of his class, offers came pouring in. He honed classic cooking techniques in Sonoma, California, before coming back to Fort Lauderdale to open a place of his own.

The original idea was a casual salad and sandwich place he would call Panini-a-Go Go. Then a storefront opened up on Las Olas, and Lahaye says he knew he had to elevate his concept to match the boulevard, upgrading it to a full Italian restaurant menu. Then he decided to add Aunt Marion’s meatballs as an appetizer, in a panini, and alongside spaghetti. People went crazy for them. “Listen,” he says, “nobody was more surprised than me. I knew those meatballs were good, but I didn’t know how good.” Good ingredients, he says, are really the only things that separate him from the dozens, maybe hundreds of Italian restaurants that have come and gone along Las Olas. The deep complexity of his sauce comes from tomatoes from San Marzano, Italy, and the meatballs benefit from the ciabatta bread he gets daily.

So, what sets these two quintessential meatball kings apart? The answer may just lie in the next step in the story, the actual moment when they begin to cook. Martorano follows the instructions that got passed down from his grandmother, who would fry off the meatballs in a pan, slowly, one by one. They get a crust, a richly flavored char. Afterward, the meatballs and the little bits of crusty meat that got stuck to the bottom of the pan end up in the sauce. The process gives the gravy a deep, rich flavor while adding a complicated texture to the meatballs: crisp on the outside, tender in the middle. At his restaurants, Martorano says he’s “got a guy” who spends three hours every night searing off meatballs.

“Most every restaurant you go to get meatballs, you’re going to get marinara sauce,” Martorano says. “There’s nothing wrong with that. You’re going to like it. But if you want a real Sunday feast, a real Italian feast? Then you have to make gravy with braciole and pork ribs and pan-fry your meatballs.” But if you ask Lahaye about pan-frying meatballs, “Definitely not,” he’ll say. It dries them out, he’ll insist. Instead, Lahaye drops the hand-formed meatballs straight into the sauce, where they’ll cook and marinate for two or three hours. The result is a far more tender meatball, deeply flavored from the sauce, that breaks up easily with a little pressure from a fork.

No matter the method, both meatballs have racked up plenty of accolades. From his first restaurant on Oakland Park Boulevard, Martorano has expanded to Atlantic City, New Jersey, Las Vegas, and Pittsburgh. He’s published cookbooks and appeared on Jimmy Kimmel Live. Ask him if his meatballs are the best in town and he’s going to sound a little offended. “With all due respect to anyone who’s trying to make a living, I don’t know anybody else from South Florida who’s been on national TV for their meatballs,” Martorano says. “But people keep trying, and they keep asking me who’s the best. And it hurts a little bit.” Lahaye says the answer to that question came in 2009 during a Fort Lauderdale meatball competition. He won, which immediately tripled his sales. It’s also a point of pride for the originator of the recipe, Aunt Marion, who’s almost 80 and delights in her name appearing on Lahaye’s menu. “She still can’t believe the response to her recipe,” he says.

So, which is better—the tender, pillowy meatballs from Noodles Panini, or the ones with that caramelized crust at Cafe Martorano? You should like them both, if you’re a person who likes good things. And if you do pick a side, it’s probably best not to tell the guy who came in second.