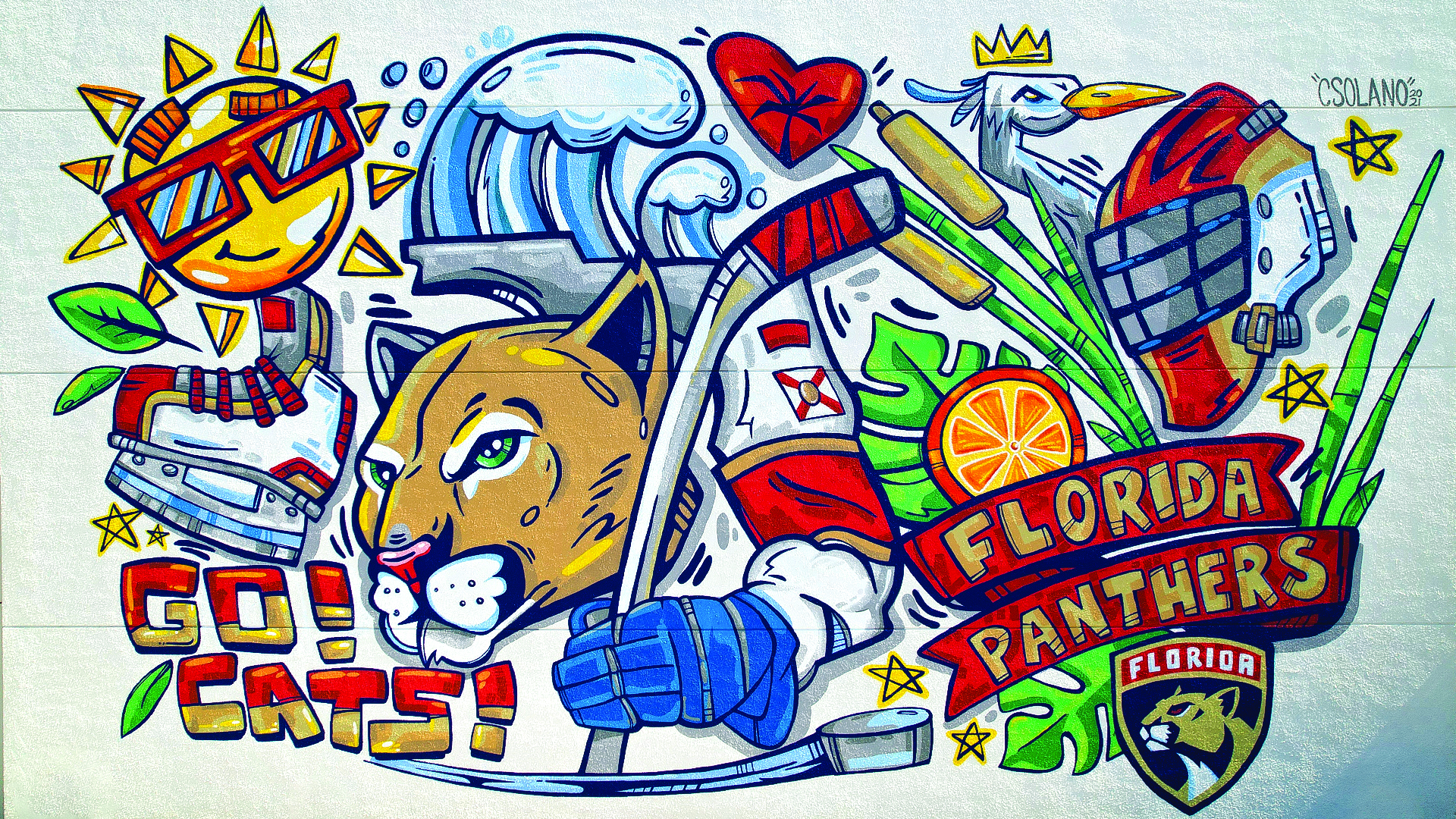 Next time you’re driving through downtown Fort Lauderdale, be on the lookout for a giant panther. Part of the city’s newest addition of public art, the 25-foot by 20-foot mural is the result of the Florida Panthers’ partnership with the Fort Lauderdale Chamber of Commerce. “I’ve wanted to use our northern wall as a canvas for public art ever since the Panthers partnered with War Memorial Auditorium,” says Dan Lindblade, president and CEO of the Chamber of Commerce. Once the location was secured, the talent search began.

The Panthers’ creative team, led by Amanda Cifu and Alexandra Lytle, connected with Maxcence Doytier of Twenty6North Productions, a multidisciplinary collective that has curated over a dozen murals in the area. Doytier introduced them to artist Carlos Solano, who he’d met at the now-shuttered One Door East restaurant while hosting a culinary event and art series.

“Carlos had done previous work for South Florida’s sports teams and was very passionate about his artistic vision during our first conversation with him,” says Lytle, the creative director for the Panthers. Solano’s colorful style is a reflection of his childhood in Bronx, New York, where he was influenced by the city’s graffiti artists and their cartoon like drawings. An homage to the hometown hockey team, the mural, located at 512 NE 3rd Ave., in Fort Lauderdale, centers around the team’s mascot, the Florida panther, surrounded by an abstract depiction of the state of Florida shaped as a hockey player’s arm, complete with a jersey and a hockey stick. “The sawgrass represents the Everglades, while the crashing waves symbolize the ocean,” Lytle says. “The other elements are inspired by our natural surroundings and the team itself.” 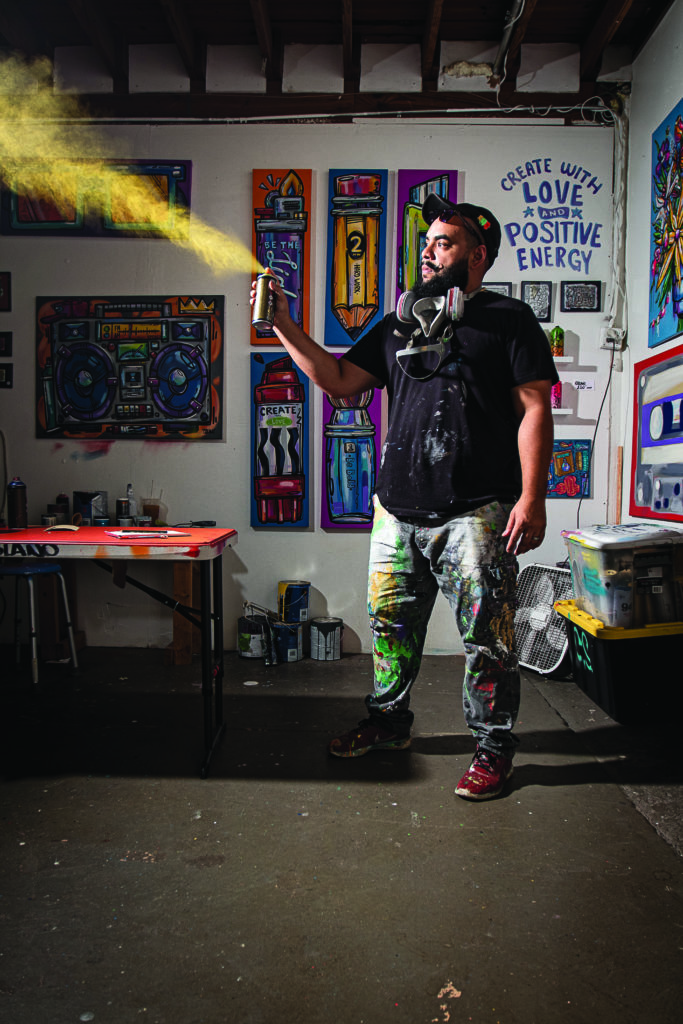 “My overall goal is to bring a positive message to the world via color and content and to continue creating with love and positive energy.” —Carlos Solano

More than just a feast for the eyes, it is a multi-sensory large-scale, interactive experience that people with vision and hearing impairments can also enjoy, thanks in part to the addition of the smart plaque technology and a Braille feature that will soon be installed. “The plaque will have an interface similar to a QR code,” Doytier explains. “After you download and scan the plaque, a pop-up page describes the mural, the artist and the inspiration, while Carlos’ voice details the mural from left to right.”

When it comes to public art, the Panthers are just getting started. “We are releasing a ‘FLA Artist Series’ campaign where local artists can sign up to be part of our evolving art and culture community at the Florida Panthers and BB&T Center,” Lytle says. “It’ll feature work that we have collaborated on, plus it will be a place to showcase future behind-the-scenes content with our artists.”

Stay tuned for upcoming artist calls by following @FlaPanthers or visit FloridaPanthers.com/ArtistSeries. Additional calls can be found at twenty6north.com or follow @twenty6northproductions.

To find out more about the man behind the mural or to purchase Solano’s other inspired works, visit csolano.com.