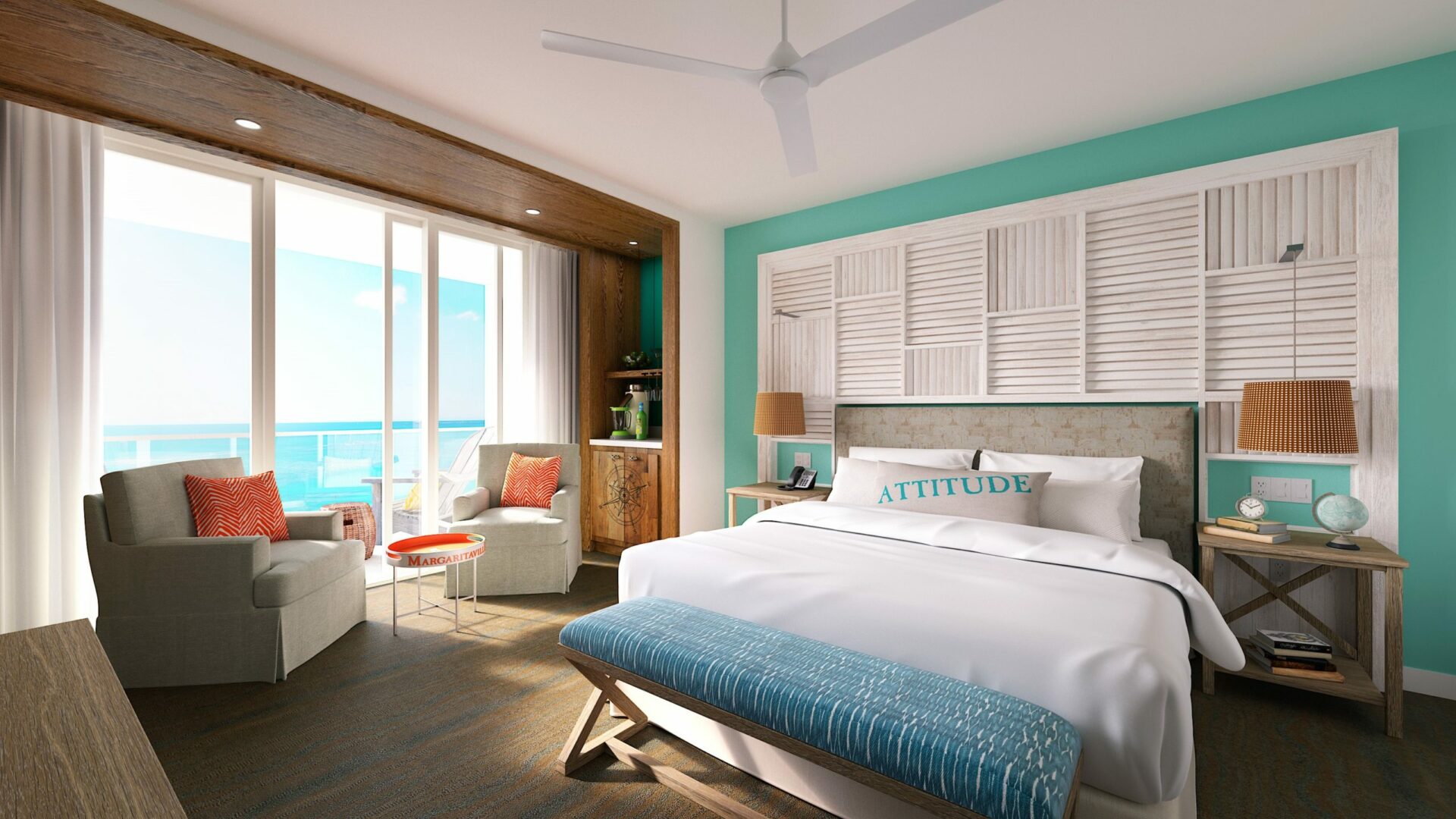 Broward County has a new resident, and it’s Jimmy Buffett. Well, sort of.

Located between Hollywood’s Broadwalk and the Intracoastal, the 17-story, 349-room destination resort and entertainment complex brings of sense of escapism to South Florida’s bustling climate. The coastal-luxe guest rooms are filled with Key West-esque decor (think linen fabrics and pastel-colored louver doors), and a continuing theme of aqua blue, sea green and sand colors permeate throughout the hotel. All rooms have water views, whether it’s of the Atlantic Ocean or the Intracoastal. Some have both, thanks to their wrap-around balconies.

Room accents even include decor pillows with the words “Changes in Attitude” and “Changes in Latitude” stitched on them, echoing Buffett’s memorable lyrics. There’s even an 11th-floor rooftop pool deck that overlooks the Atlantic Ocean and energetic Broadwalk, teasing guests with a beach that’s just steps away.

“Margaritaville Resort is the classic example of what South Florida is to other people,” says Cate Farmer, the resort’s general manager. “Hollywood is a great town for us to be in. You have the lively Broadwalk and the waterways from both sides. It doesn’t get much better.”

The resort will have eight diverse bar and restaurant concepts (with many opening late in October) that will offer a spectrum of options, from casual to upscale, all of which are open to all travelers and local residents. Open now is Jimmy Buffett’s Margaritaville, named after the song that started it all. On the menu are sea-inspired, made-to-order dishes and hand-crafted cocktails. A nice local touch? The restaurant’s hand-painted ceiling includes the peninsula of Florida, with Hollywood boldly marked with a dot. And get this: There’s the option to dine inside a boat (just visit Margaritaville and you’ll see what we mean).

The restaurant is also one of several locations where you’ll find live entertainment. After an audition and vetting out process, artists were chosen to perform at the various live venues across the resort, including Jimmy Buffett’s Margaritaville, 5 o’Clock Somewhere Bar & Grill and the famed Hollywood Bandshell, which the resort recently took over.

As the resort employees like to say, Jimmy Buffett’s lyrics are the DNA of the resort. And while resort guests don’t necessarily want to be Buffet, but they don’t mind living like him.

Margaritaville Hollywood Beach Resort is located between Minnesota and Johnson streets on A1A in Hollywood, margaritavilleresorts.com. 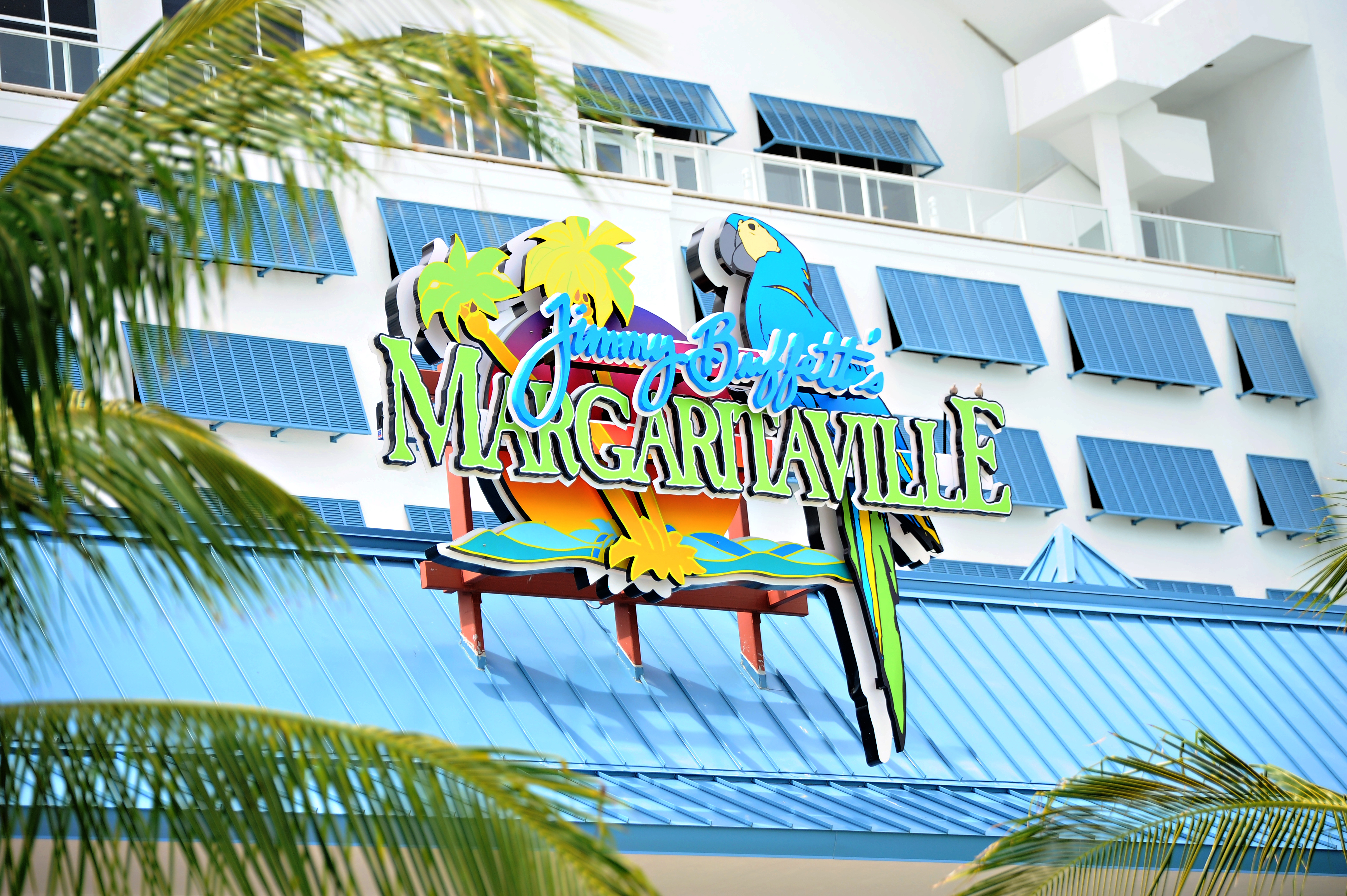 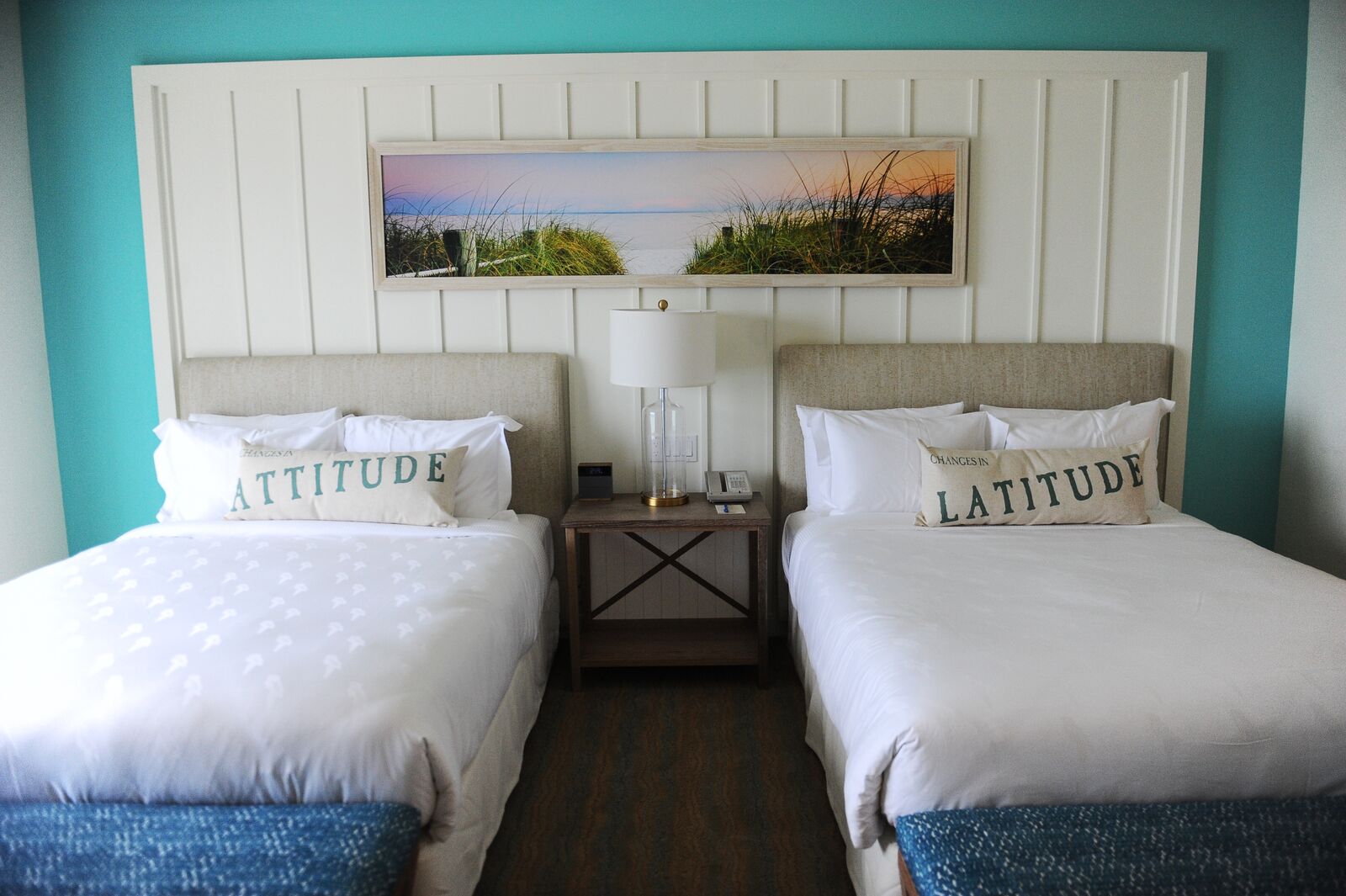 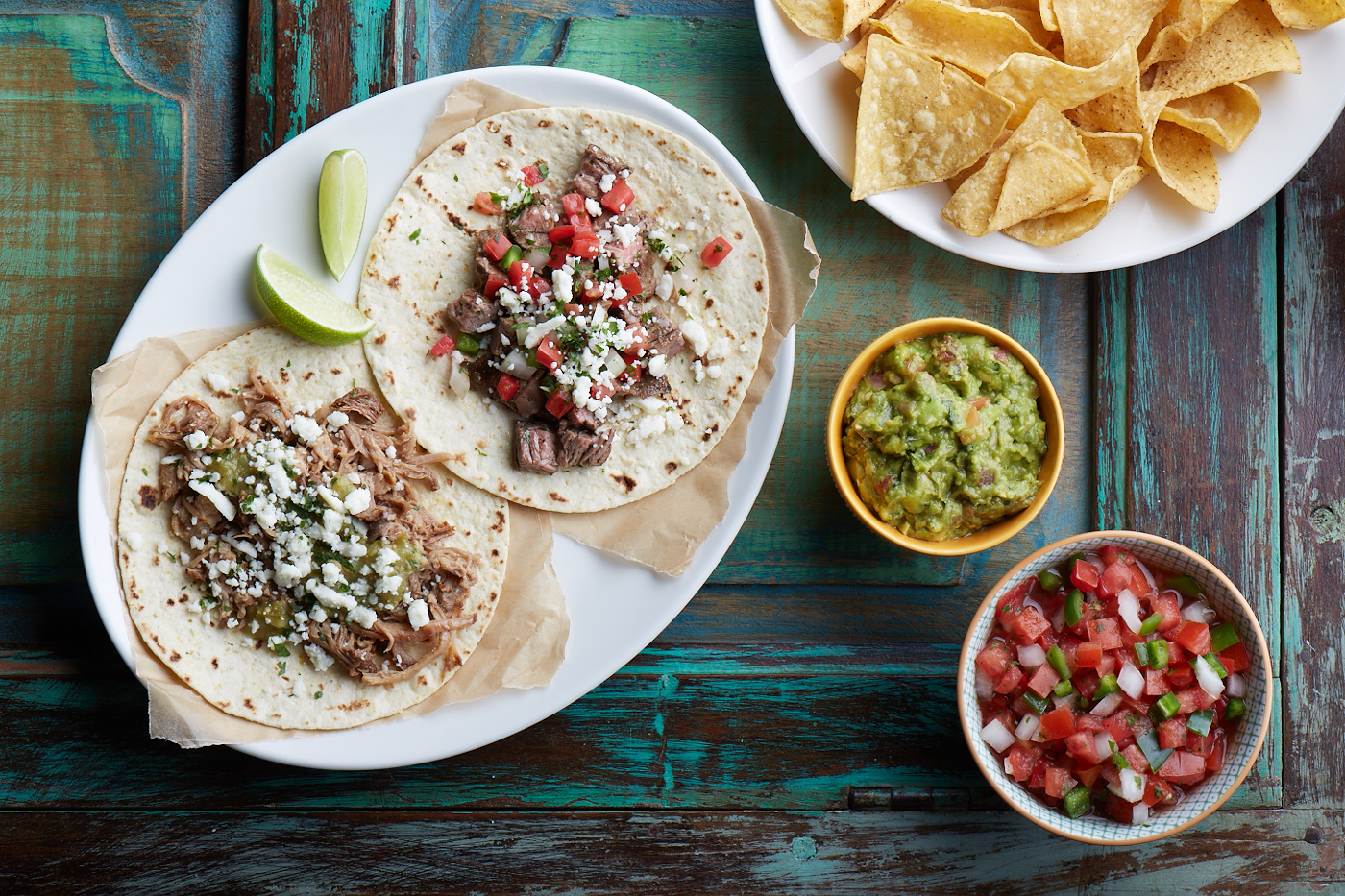