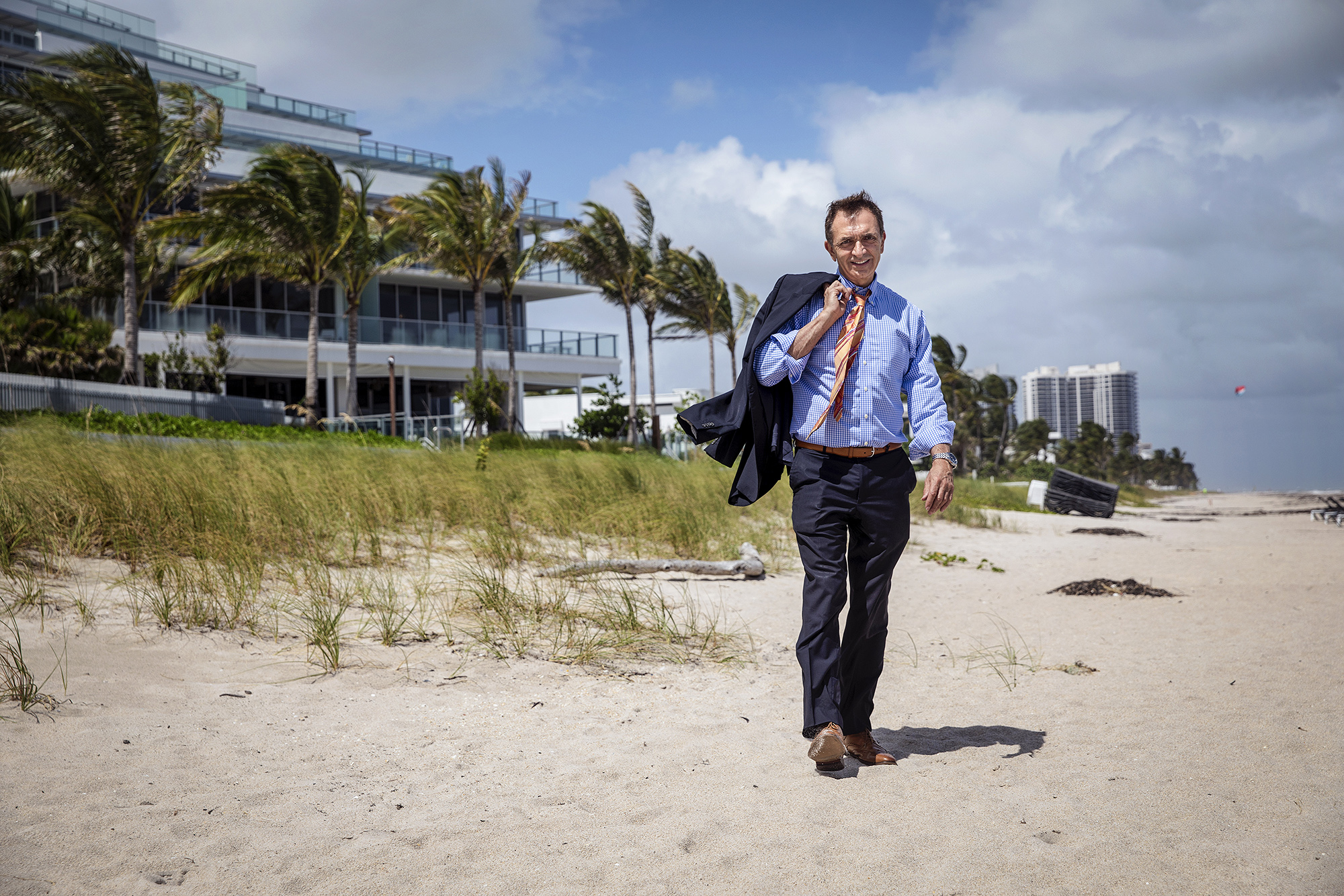 Dean Trantalis loathed his first taste of Florida, an inauspicious introduction to the Sunshine State for the future mayor of Fort Lauderdale. In the late 1970s, Trantalis attended Stetson University College of Law in Gulfport, a city near St. Petersburg. The city was packed with retirees in pastel pants playing shuffleboard or eating the blue plate special at cafeterias. Sidewalks were rolled up at dusk.

“It was a cultural desert,” Trantalis recalls.

He rushed through law school as fast as possible, slicing six months off the program with extra work “so I could get out of Florida,” he says. The newly minted lawyer returned to Connecticut, where he grew up; his parents were still living and life was anchored by what Trantalis calls his “Greekness.”

The Trantalis family home was a modest, one-story residence on a postage-stamp lot in suburban middle class Norwich, Connecticut. Nearer to Boston than New York City, Norwich was surrounded by factories at the time. Today many of those factories are gone, and some jobs were replaced by the adjacent Mohegan Sun casino.

His dad, John, sold materials for the garment industry and was active in the local Greek Orthodox Church, where the future mayor was an altar boy. His mom, Viola, stayed home to take care of Trantalis, his two brothers and his sister, keeping tradition alive by regularly whipping up Greek delights like dolmades (stuffed grape leaves). His grandparents were immigrants from Greece. “I grew up in a very strong Greek Orthodox environment,” Trantalis says.

He loved his close-knit life in Norwich so much that after he moved to Fort Lauderdale, Trantalis says he bought a “ratty old Victorian house that’s been my money pit for 17 years.” He frequently returns north to recharge and reconnect with his roots, sometimes inviting the Trantalis clan from all over the country to the home for reunions.

Connecticut was also where Trantalis came to a realization after law school that would change his life and shape his future political career: He was gay. “Most people recognized it before I did,” he says. “I had gone to school. I had gone through those passages of life. My personality was established by then. I didn’t feel torn trying to struggle with my sexual orientation, which I accepted freely.”

A call from a law school roommate brought him back to Florida at 28 years old, this time to Broward County to open a small practice. His friend assured him that Fort Lauderdale was vastly different than St. Petersburg. Trantalis found a city that had quietly become an epicenter of what he calls the LGBT life. There were clubs, businesses and even hotels catering to gay customers.

Although Fort Lauderdale’s LGBT community was seething with politics in the 1980s, Trantalis stayed away. Ten years later, after building a thriving commercial law practice, he was prodded by activists to take part in the anti-discrimination battle. As Trantalis recounts those days, his eyes grow misty. He ticks off names of those involved alongside him. All have since died from AIDS.

Trantalis was left standing. He candidly concedes that when AIDS swept through the LGBT political structure, it left an opening that he filled. And it was his political leadership of the LGBT community in the 1990s that propelled him into City Hall.

He became a strategist and spokesperson in the struggle. He was quoted regularly in the media. He joined LGBT rights and health organizations. He became active in the Democratic Party. Then in 2003, Trantalis parlayed his new influence to win the first seat on the City Commission held by a gay person. Fifteen years later in 2018, he became Fort Lauderdale’s first openly gay mayor.

In a little more than a year as mayor, Trantalis has signed a deal to bring David Beckham’s pro-soccer team to Fort Lauderdale. The aquatic center’s renovation is finally underway and will include a dive platform billed as the highest in the Western Hemisphere to attract extreme sports. He fulfilled a campaign promise to end gun shows at the War Memorial Auditorium.

The rest of his menu is long and challenging. He wants to broaden the economic base, make more thoroughfares pedestrian-friendly and insulate neighborhoods from overdevelopment.

Accomplishing his goals while conducting meetings and attending the ceremonial trappings of mayor leaves little time for anything else. He gets together with old friends but says it is hard. No movies. Little TV. He hardly drinks now, so you’ll seldom find the 66-year-old at a bar. His only real relaxation is when he can squeeze a stop at the gym into his schedule. Yet the mayor’s job can even intrude on free weights and exercise machines.

“One night in the gym, this stranger came up to me,” Trantalis says. “He said, ‘Are you Dean, the mayor?’ I said, ‘Yes.’ Then he started lavishing me with compliments about my work and goals for Fort Lauderdale.”

The encounter would have no doubt pleased all the long-gone activists he fought with shoulder-to-shoulder. The battle for acceptance has been won. Trantalis remembers how early Fort Lauderdale gay rights firebrands used to demand equality with the mantra, “No more table scraps!”

Three decades later, there are no table scraps for Trantalis. He has the entire table.