Ben Sorensen is a Modern Hero in Suits, Naval Uniforms and Pastoral Robes. 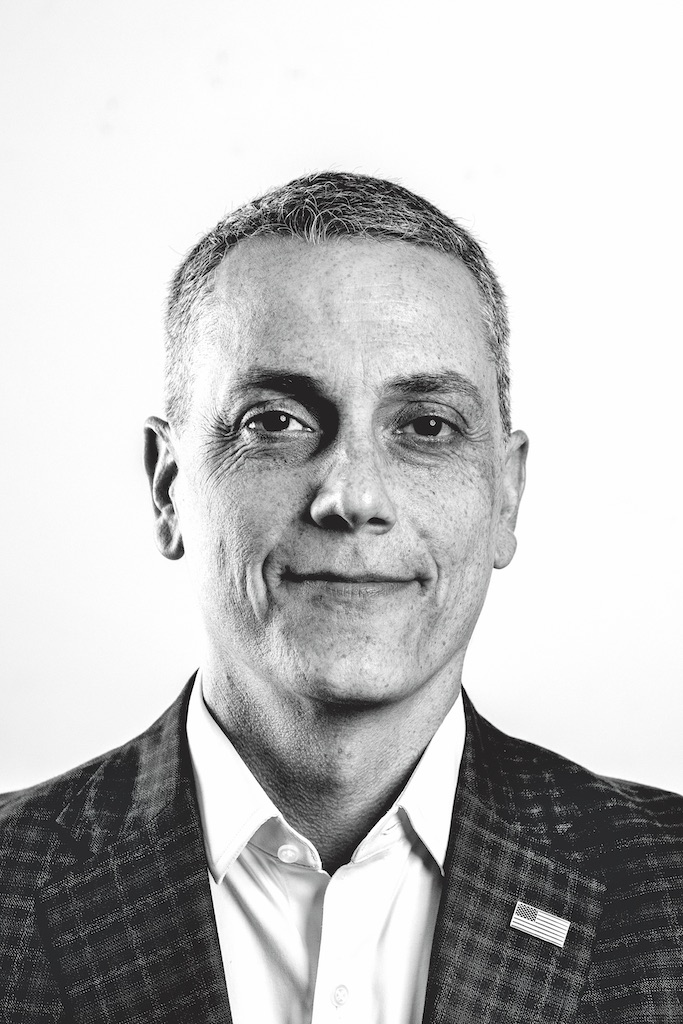 What’s in your closet?

Look inside Ben Sorensen’s cluttered, crowded closet in his downtown Fort Lauderdale home, and you’ll find the clothes that make this man: suits—vice mayor of Fort Lauderdale; business-casual—an executive coach with his own practice; uniform—Lieutenant Commander in the U.S. Navy Reserve, where he is an intelligence officer at the Southern Command; pastor’s robe—chaplain to the Hollywood Police Department. His closet also holds his Navy dress whites, Navy Working Uniform, a camouflage Navy uniform and the stars-and-stripes blazer that Anna, his wife of 10 years, bought for him. There’s also a Captain America costume he wears every year on Halloween with their now 6- and 8-year-old daughters. “I call him my one-man Village People,” says Anna.

Modern civil servants so often stand in Hollywood lights with $400 haircuts, Botoxed foreheads and carefully curated social-media profiles that ironically portray a “relatable elite”—local celebrities who have committed to either a red or blue cape. Luckily, there lives in the heart of Fort Lauderdale a different type of hero.

Six-foot-tall and wiry, Ben Sorensen welcomes me into the colorful Rio Vista home he shares with his wife and daughters. You can see the pride bursting through his warm smile as he reflects on his family. “They’re my world,” he tells me.

Ben Sorensen seems driven to serve. He wakes at 3 a.m. to begin his day with prayer and meditation. As vice mayor and city commissioner of Fort Lauderdale, he spends most of his day shuttling among meetings, gatherings and one-on-one visits with local citizens and people needing assistance. He works tirelessly on various city issues, among them increasing the number of affordable housing units in the city and developing plans to re-imagine Las Olas Boulevard.

In addition to his governmental work, Sorensen tends to his practice as an executive coach, a role he has had for 20 years, advising clients on how to communicate better, solve problems and turn internal obstacles into success in their businesses. Later, he swaps his suits for his camouflage uniform and heads to Doral to work at U.S. Southern Command.

His service does not stop there. He also volunteers as a chaplain for the police force in Hollywood. While this takes up the least time of the four jobs he holds, it offers some of the most challenging and moving moments: attending the funerals of students killed in the Parkland shootings and providing grief counseling to law enforcement officers who have lost team members in the line of duty.

Despite the hectic pace and little sleep, Sorensen maintains a Zen-like calm and serene sense of vulnerability that makes it easy for others to talk to him. But he also has something to say and is eager to reach out and get people to listen to his ideas and plans for improving lives in his community.

Sorensen joined the Navy after witnessing the September 11 terrorist attacks and the destruction, heartbreak and pain that followed. As a military man, he has witnessed the horrific impact inflicted by the use of “weapons of war.” As such, he emphatically supports reinstating the Federal Assault Weapons Ban, eliminating mass-capacity magazines, instituting national red-flag laws and establishing universal background checks for all firearm sales and transfers.

In the wake of the Supreme Court vanquishing Roe v. Wade, he supports ending the filibuster so Democrats in the Senate can pass pro-choice legislation. He is all in for equal rights for “my LGBTQ-plus brothers and sisters,” proudly marching for years in Wilton Manors’ annual gay pride parade. He’s a passionate advocate for the homeless. As a pastor, he helps immigrants access healthcare and navigate school-enrollment obstacles. 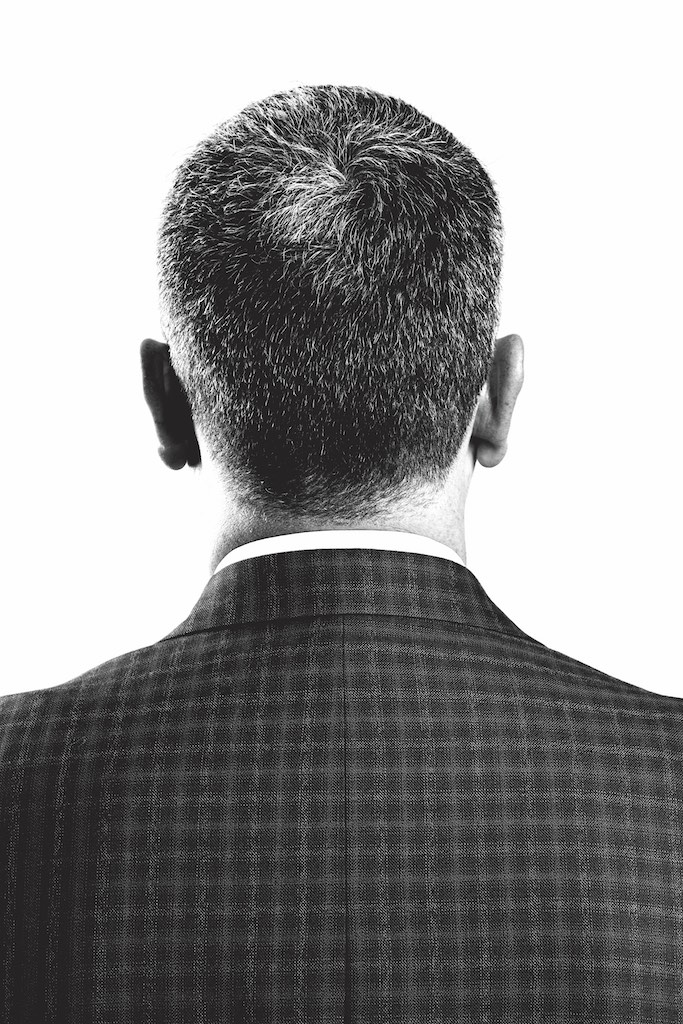 Sorensen has scraped and scrapped for every job he has won. He grew up in Gainesville, Florida, where he attended public schools before graduating from Emory University in 2000. Working in New York City for Price Waterhouse Coopers and then Pfizer, he began volunteering for Junior Achievement. Teaching middle-school students leadership skills awakened a desire to teach full-time, so he left New York City and returned home to teach American history at Archbishop Coleman Carroll High School in Kendall.

Inspired by his students, he wrote to Florida’s U.S. Senator Bob Graham in 2003, offering a teacher’s perspective on educational policy. When Graham invited him to Washington, D.C. to work as an intern, Sorensen jumped at the chance. “It was in that experience of working with Senator Graham that I saw he was really making a difference,” Sorensen recalls, “especially in getting more kids of color into A.P. courses in the state. It was then that I said to myself, ‘Hey, maybe down the road I could run and try to be a representative like Bob Graham.’”

Seeing a law degree as a better way to understand and shape policy, Sorensen earned his degree at Georgetown University (2004-07). Initially wait-listed for admission, he dug deep into his very shallow checking account and flew to D.C. to sit in the Georgetown admissions office to plead his case to whoever would listen to him.

“This hadn’t been done. It was like a war of attrition,” says Anna Sorensen, who with her bright red lipstick and white-and-blue wide-striped sailor shirt, looks as if she could be sitting at a café in Paris’s 7th arrondissement. “When he wants something, and you’re telling him the doors aren’t open, oh, man, look out because he is dogged and his energy is limitless.”

His energy and commitment to his community have led Sorensen down many paths. He joined the U.S. Navy Reserve in 2008 and stayed onboard. Five years later, he was awarded a Doctor of Ministry degree at Ambridge University in Alabama. From 2011 to 2013, he studied at the National Intelligence University in Bethesda, Maryland, the lone accredited university of the U.S. intelligence community, where he earned a master’s degree in strategic and military intelligence.

A Lineage of Service

Sorensen’s urge to serve may be owed to the politician in him. Or, perhaps, it is the sailor in him: According to his bio, Navy Lieutenant Commander Sorensen specializes in “identifying, analyzing and disseminating real-time intelligence in support of operational warfare.” Or maybe it’s the pastor in him: He is an ordained Presbyterian minister, as were his father and grandfather. His grandfather also served as a chaplain at Joliet State Penitentiary in Joliet, Illinois, in the 1930s, helping parolees restart their lives and inviting them into his home.

But it’s more likely that Sorensen is driven by the memory and inspiration of his father, Andrew, who passed away on April 17, 2011 at age 72. Ben was 33 at the time. Returning home from a morning stroll, Andrew had just sat down to breakfast when suddenly he stood up from his chair, fell over and died.

In the 1960s, Andrew Sorensen, a high school teacher as well as a Presbyterian minister, marched in protests with officials of the Southern Christian Leadership Conference in the deep South. Later, he was a public-health researcher, university provost and college president. He co-founded the HIV/AIDS Institute at Johns Hopkins Hospital, working with his wife, Donna, a nutritionist whose work sustained AIDS patients.

“My dad was a preacher and a professor—an activist in all ways—very involved in helping and serving in a variety of ways,” Sorensen says. “I saw that you don’t have to do one thing your whole life, and you can follow these varied interests and passions. And, so, that’s what I’ve done.”

Three separate funerals were held for Andrew Sorensen, and Ben attended all of them: one in Columbus, Ohio; a second in Chautauqua, New York, for family and friends; and the largest in Columbia, home to the University of South Carolina, which drew more than 400 people.

These Eagles Will Continue to Fly 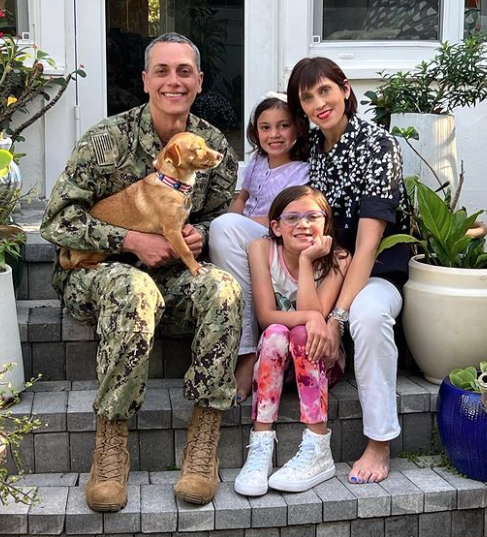 Andrew Sorensen’s sudden death was “earth-shattering” for Ben, says Anna. He was single and living alone in a Victoria Park studio apartment, “an apartment that had a yoga mat and peanuts and a stack of books,” Anna says. The peanuts were a gift from Anna.

Yet Sorensen found the time and energy to help his mother move from Ohio to live near him in Fort Lauderdale. Then he helped Anna, his girlfriend of six months who was living in New Orleans, do likewise. He accomplished all of this even as he earned a master’s in military intelligence, studied for his doctorate in ministry and prepared for the Florida bar exam.

It was manic productivity supplanting grief, and it became too much. So, Sorensen decided to abandon the bar, a rare surrender, and make time to feel his loss. A little time, anyway. Then he and Anna leaped right back into the fire.

In 2012, he mounted his first run for office, aiming for a seat in Florida’s House of Representatives. “That was the realization of the biggest dream that he’s ever had,” says Anna, who works with her husband as a Cultural Consultant at Sorensen Consulting after having worked for 11 years as Director of Development at NSU Art Museum Fort Lauderdale. “Nearly everything Ben had tried in his life had gone well. He was smart and nimble and lucky enough to have gotten those opportunities,but we got creamed. It was brutal.”

Persisting, in 2017, Sorensen ran for a seat on the Fort Lauderdale City Commission. He won—by a slender margin of 55 votes of a total of 7,000 cast. “And he just sobbed and sobbed [with joy and relief],” Anna recounts. “It was just the biggest release because now he could move forward and do things and flex his leadership muscle.” He was re-elected in 2020 and twice has been named vice mayor by his fellow members of the five-member city commission.

Sorensen works with business owners and homeowners to reduce late-night noise levels. He has pushed for state legislation that would allow towns to ban smoking on the beach. “Solutions over ideology,” Sorensen declares. “Yup, I like that; that’s me.”

He even talked the FAA into altering regular flight patterns from Fort Lauderdale-Hollywood International Airport after a new runway proved to be beyond noisy for nearby neighbors. As a city commissioner, he says, smiling broadly, “I’m a big believer in my job being that of a customer service professional.”

On climate change, Sorensen sheds rhetoric in favor of concrete solutions. He aims to combat rising sea levels by building higher seawalls and storm barriers. He intends to fund Everglades restoration to protect the water table and invest in upgrading wastewater systems. “I believe that to solve a problem, we have to really see it,” he says. “We must talk to the people who are actually experiencing difficulty and hardship.”

To make that kind of change, though, takes the courage to take stances constituents may think they’re opposed to. “Courage means telling people some things that they might not want to hear, saying I think we can get there, but it’s going to be really hard; it’s going to take being vulnerable and being open to criticism and being opened up,” Sorensen says. “I think great leaders in the world who have had amazing courage have been willing to be wrong, too—and to be challenged. When we’re challenged and engaged, we often come up with even better ideas.”