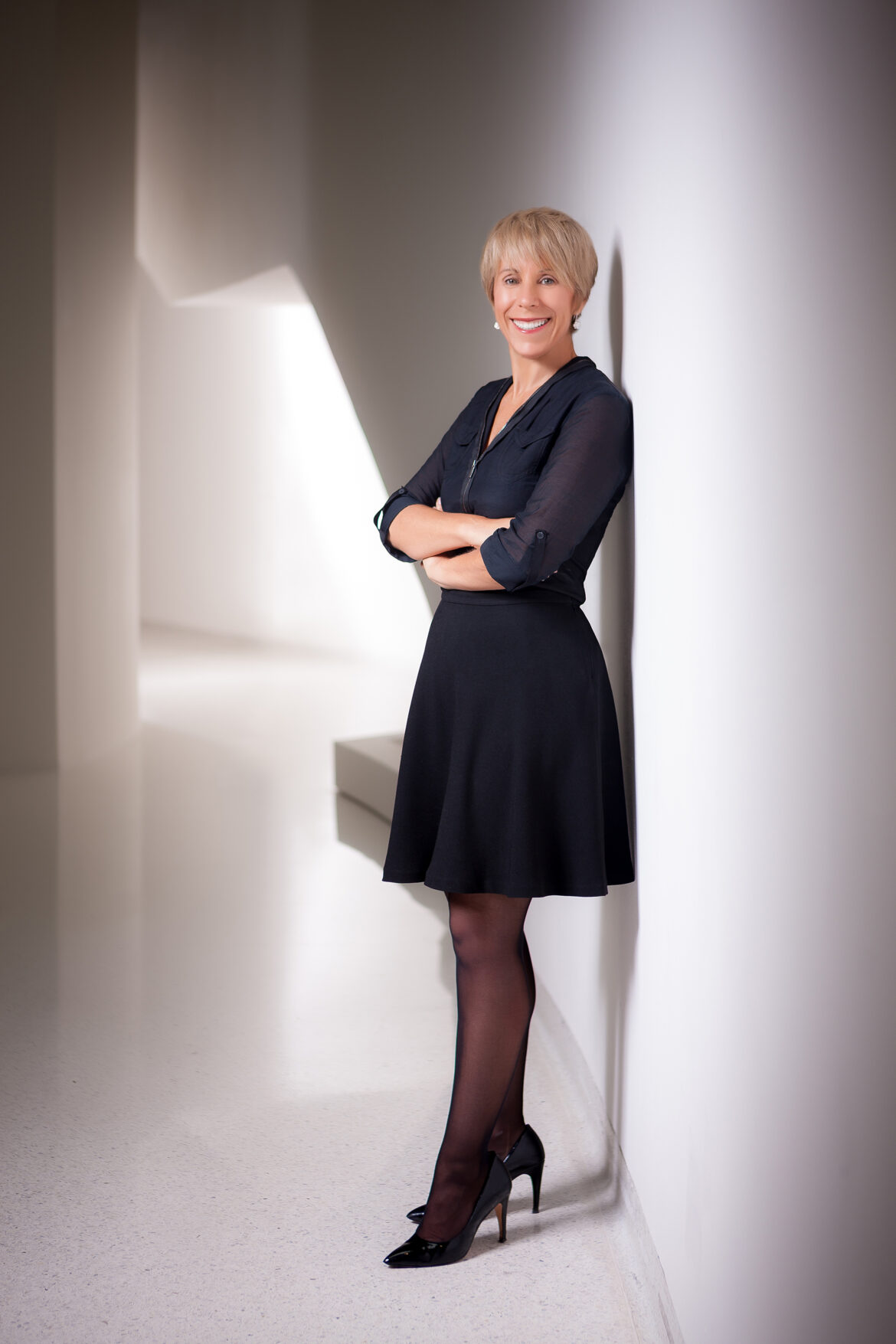 “All the arts for all the people” was a favorite motto of Bonnie Clearwater’s father. “He was a comedian and professional musician who performed at clubs in the Catskills, and he was the conductor of the U.S. Army Band,” recalls Clearwater, the director and chief curator of NSU Art Museum Fort Lauderdale. “After the army, he worked with Jack Paar when he took over The Tonight Show.” He later became a teacher, founded an art foundation, ran a music-and-art school with his wife, and produced concerts. One of Bonnie’s favorite memories involves jazz icon Count Basie inviting her to sit next to him during a concert the pianist was playing.

Growing up in Rockland County, New York, and working at her father’s cultural events, Clearwater learned to appreciate all forms of creativity and the importance of making the arts accessible. In 2023, she’ll celebrate her 10th year at NSU Art Museum, a decade in which she re-energized the 64-year-old institution and opened its collection and doors to new audiences.

“A force of nature in our arts community” is how Phil Dunlap, director of the Broward Cultural Division, describes her. “She’s a top advocate for the arts who is always looking for ways to push the museum forward, push the arts community forward and change the way we think about how arts and culture make our lives better,” Dunlap notes.

When Clearwater joined NSU Art Museum in 2013, she was widely known for her role in expanding Miami’s reputation as an international arts destination. “It was only natural for a unified art coast to extend to Palm Beach with Fort Lauderdale right at the center,” she says.

“There are very few people who can pull off major exhibitions the way Bonnie can,” says Museum member Lori Franke of the world-renowned artists and exhibitions that Clearwater has brought to Fort Lauderdale. As contemporary-art collectors, Lori and her husband Kirk have benefited from the educational and social opportunities Clearwater has provided.  “We’ve made lifelong friendships through the Cobra Circle, Curator Circle and Beaux Arts groups,” Lori says. 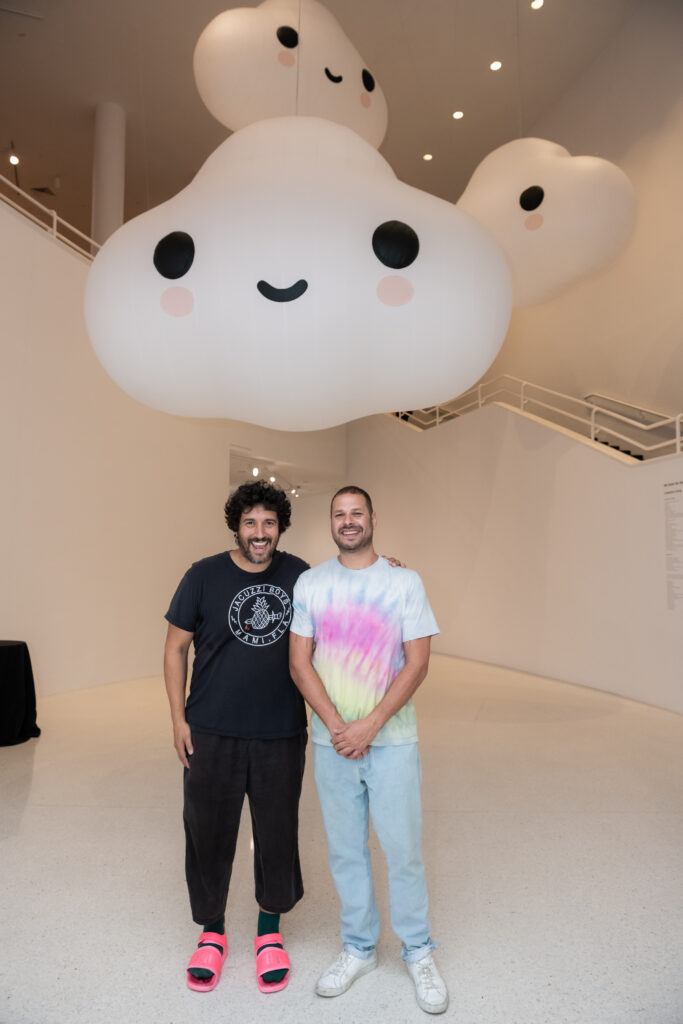 Highlighting the “new and the local” is also one of Clearwater’s focuses. Many young and emerging artists credit her with giving them their first major museum shows. For FriendsWithYou, the collective comprised of Sam Borkson and Arturo Sandoval III, the 2005 exhibition Clearwater presented of their work in Miami during Art Basel “was instrumental in validating our work from such an early point” says Borkson. “We had no gallery representation at the time, and our work was rather unconventional. Regardless, she gave us her full support,” adds Sandoval. FriendsWithYou has since become internationally known, and their giant inflatables have been featured on stages with singers Pharrell Williams and J Balvin.

Clearwater’s own career started with two concurrent positions as curator of the Leonard and Evelyn Lauder Collection and curator of the Mark Rothko Foundation. “As a 20-something, I was able to learn from the best and had a crash course about the museum field,” she says. “It was such a great honor to be working so closely with such eminent business leaders as Leonard Lauder, who was CEO of Estee Lauder, and Ambassador Donald Blinken, who was president of the Rothko Foundation Board [and the father of Secretary of State Tony Blinken], and the leading museum directors in the U.S., Europe and Israel on Rothko exhibitions and the donation of Rothko’s works.”

Under Clearwater’s direction, NSU Art Museum has expanded its outreach, especially among Broward’s diverse populations, with programs like “A Sense of Pride,” which serves the LGBTQ+ community, and an educational field trip program that engages 3,000 students annually and emphasizes Title 1 schools. It’s also removed obstacles for attendance with the addition of free-admission programs like “Sunny Days and Starry Nights” and “Fort Lauderdale Neighbor Day.”

Clearwater has tapped into the strengths of the museum’s collection, using them to help define programs and exhibitions and make connections between the past and present. One of her biggest challenges was raising money for operations and the museum’s endowment. “Endowments are crucial for the survival and growth of a museum,” she explains. “Without them, the museum is in a perpetual cycle of raising its entire annual budget.”

An endowment gift from the Jerry Taylor and Nancy Bryant Foundation made it possible to add the full-time curator position currently held by Ariella Wolens. Securing other endowment gifts from Stephen and Joan Marks, Stanley and Pearl Goodman and the Sansom Foundation helped ensure the ongoing care of the museum’s three core collections of Latin American art, CoBrA art and the William Glackens collection.

She has also attracted significant donations of contemporary art, such as the transformative gift from David Horvitz and Francie Bishop Good of 100 works by women and multicultural artists that filled a gap in the collection and inspired other collectors to give.

On a tour of a current exhibition that contrasts the work of Pop artist Keith Haring with that of CoBrA artist Pierre Alechinsky, NSU Art Museum board member Reggie Zachariah, a shareholder at the law firm Greenberg Traurig, was struck by Clearwater’s thoughtful analysis and enthusiasm. “It’s like having the best teacher who inspires,” Zachariah says. We’re lucky to have her here in Fort Lauderdale.”