Beyond the Borders of Architecture 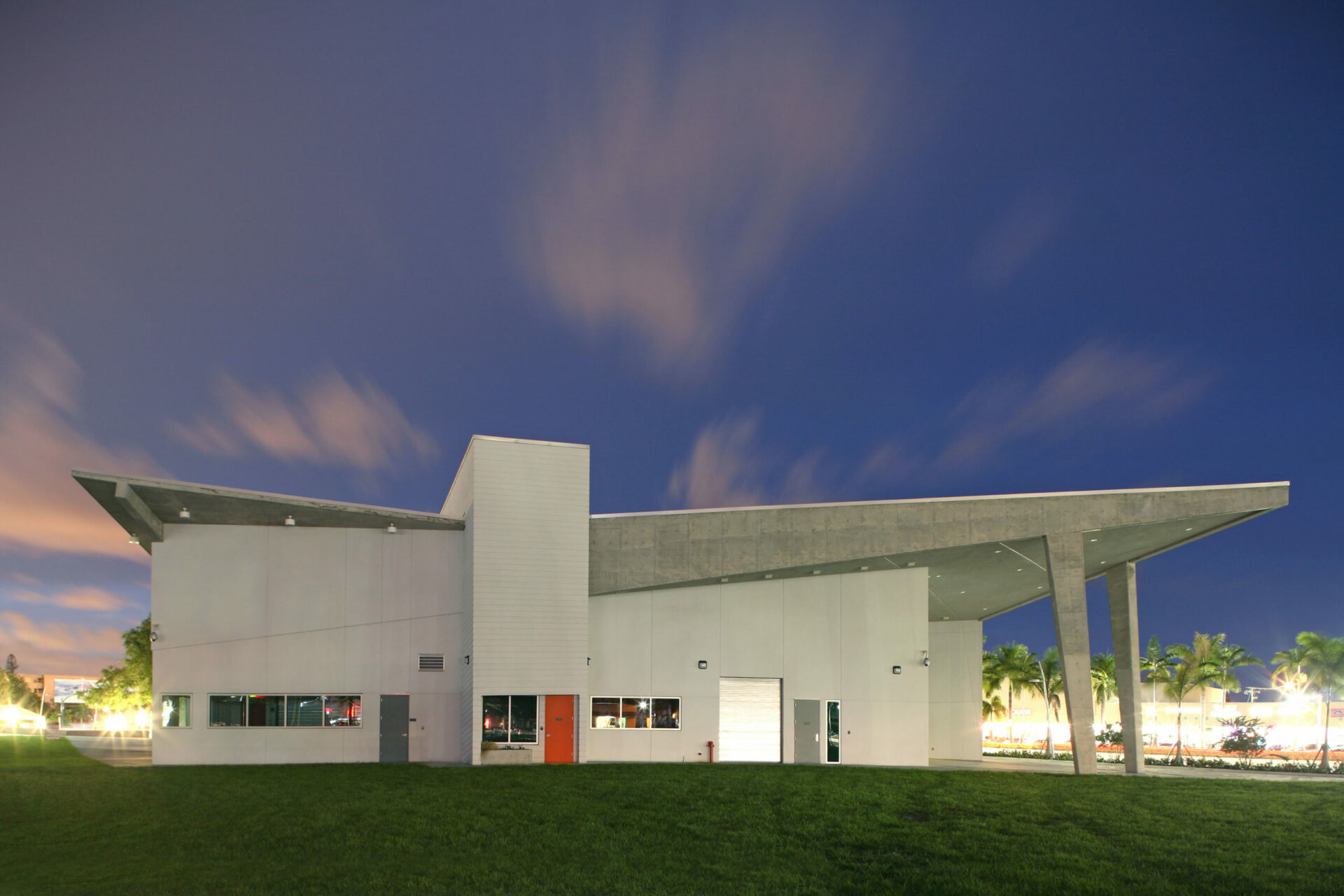 When her husband was recruited for a position in South Florida in the late ’90s, architect Margi Nothard saw an opportunity. “It seemed like a great idea to try something bold and innovative,” she says. Now president and design director of the award-winning Glavovic Studio, Nothard recalls what the graduate director at the renowned Southern California Institute of Architecture (SCI-Arc) told her when she was completing her master’s: “Go somewhere where you can make a difference.” 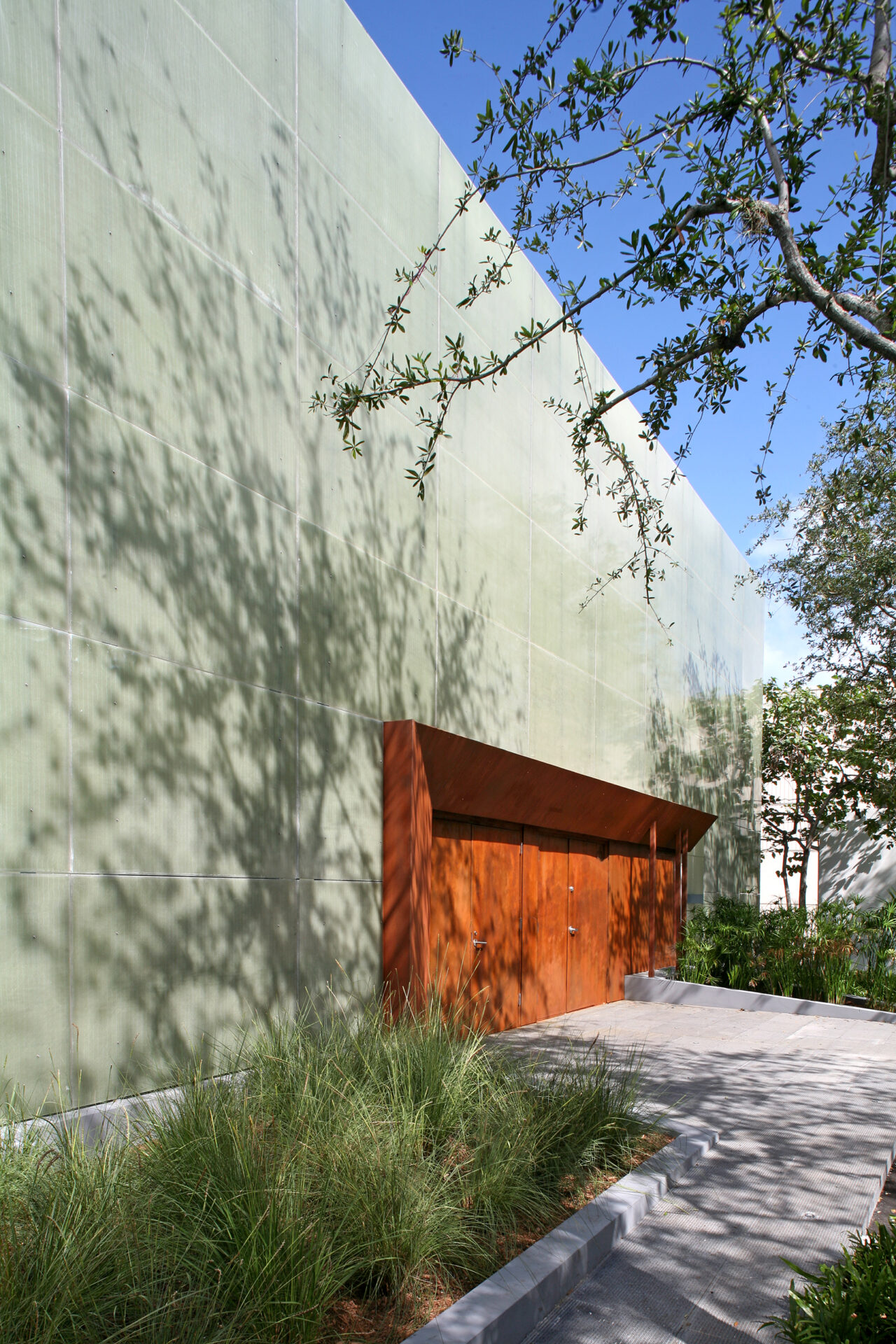 And she has. Nothard founded Glavovic Studio (whose title derives from her maiden name) in 1999 with architect Terence O’Connor. The firm’s projects, which include housing, civic parks, cultural facilities, commercial properties and public art, go beyond physical structure by integrating landscape, culture, environment and community. They often serve as advocacy platforms and a means through which to impact society. “Architecture is broader than just a building,” Nothard says.

Born in Zimbabwe and raised in South Africa, where walks among nature with her parents instilled a respect for the environment that can be seen in her work, Nothard made her way to the U.S. to research grad school programs before deciding on Los Angeles-based SIC-Arc in 1990. After graduating in 1992, Nothard worked with Smith-Miller + Hawkinson Architects, and taught at UCLA and her alma mater.

When she arrived in South Florida in 1997, with a newborn son in tow, Nothard immersed herself in the creative and cultural community. Along with becoming an adjunct professor at Florida Atlantic University’s School of Architecture, she volunteered and joined numerous organizations, including the Public Art and Design Committee for Broward County; the Historic Preservation Board for the City of Fort Lauderdale; and the Third Avenue Art District, of which she is a founding member.

Over the years, Glavovic Studio has overseen numerous envelope-pushing projects, including Girls’ Club, a multiuse gallery space; the LEED Gold Kennedy Homes, an affordable, multifamily housing complex in Fort Lauderdale’s historic Sailboat Bend neighborhood; and Sailboat Bend Apartments, a 105-unit affordable housing project for seniors. “Good design has such potential to affect daily lives. It should not just be for the wealthy,” Nothard says. “Those two [affordable housing] projects are our testimonies to consciously deciding to do projects that have great value.” 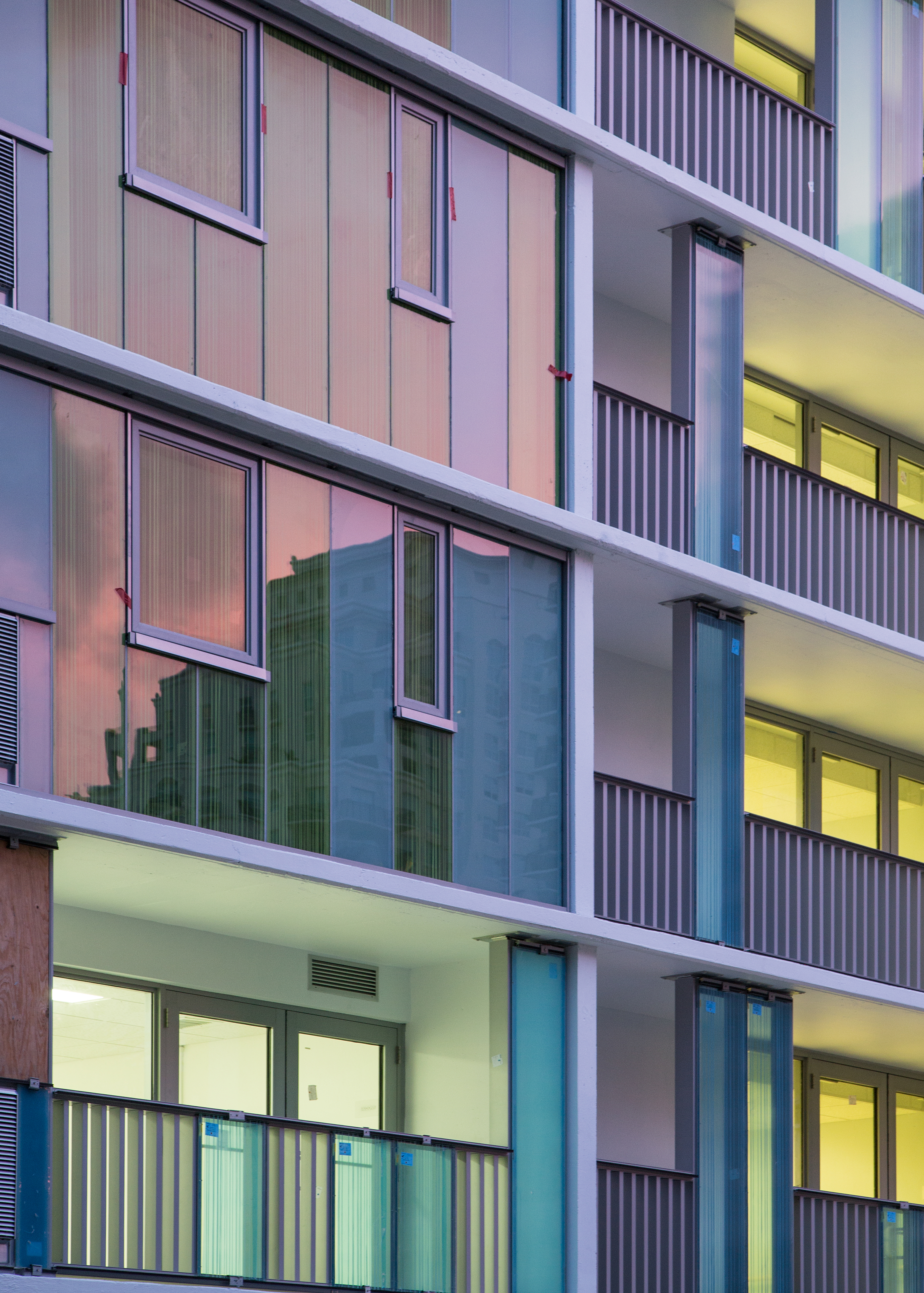 Nothard’s interest in architecture is reflected in public works projects such as the 10-acre ArtsPark at Young Circle in Hollywood, an urban green space and cultural destination, and the distinctly shaped Young At Art Museum and Broward County Library in Davie, a combination children’s art museum and public library; each took more than a decade to complete. “They are bigger than us,” Nothard says. “They belong to everyone else.”

Glavovic’s current and upcoming projects include a mixed-use artist live/work high-rise in FATVillage; FLOW, a public art project at the new Broward County Courthouse; and continuing architectural services for the City of Miami Beach (Glavovic Studio was one of four firms selected out of nearly 50). 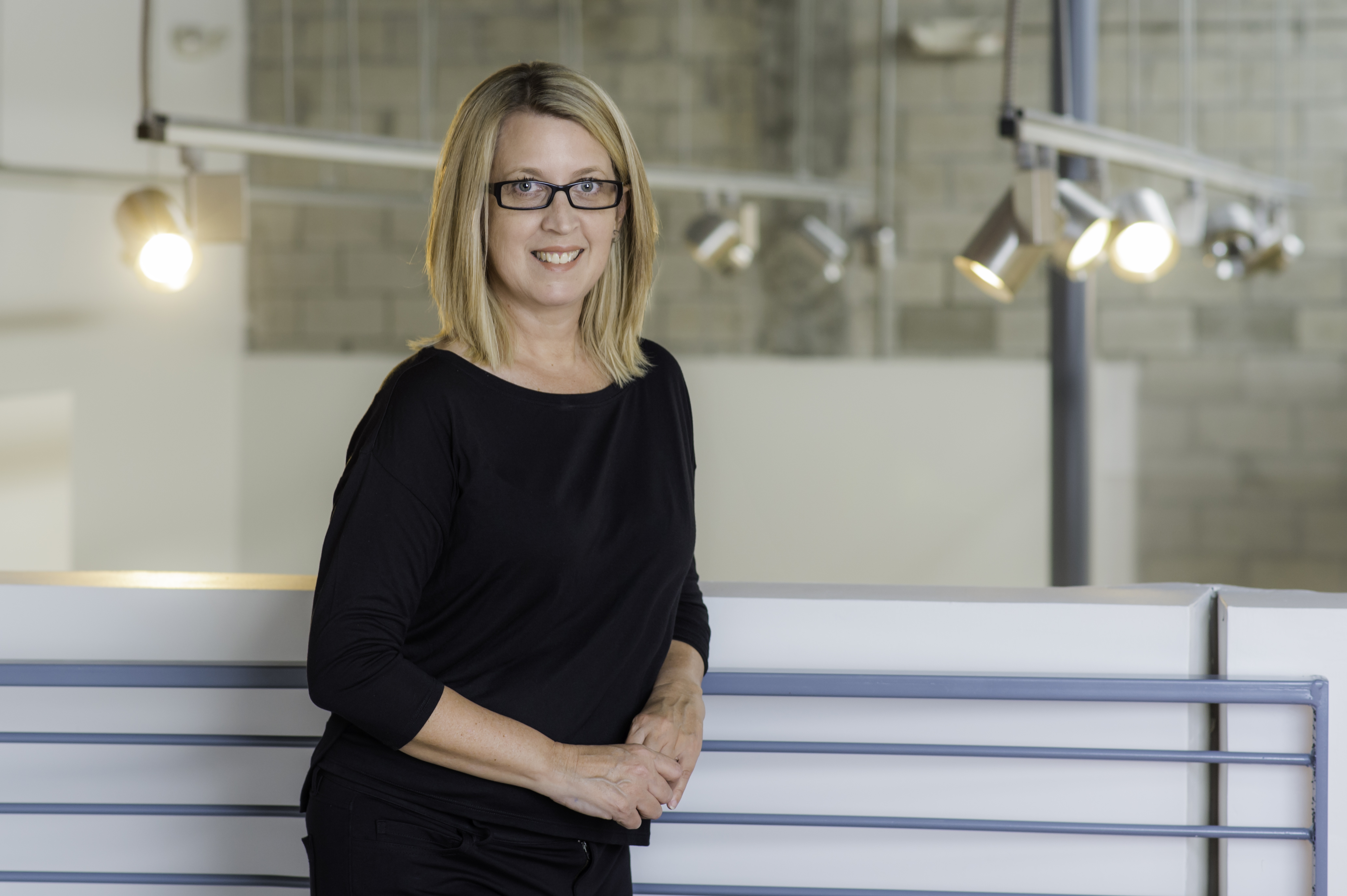 CLEAN LINES: Co-founder of Glavovic Studio, architect Margi Nothard says, “Good design has such potential to affect daily lives. It should not just be for the wealthy.”

Nothard says that other than teaching, giving lectures, volunteering, designing public art projects and her typical 18-hour days, she spends time with her family, which now includes two sons. “Outside of architecture, I try to be a more regular parent,” she says.

With the same optimism she had when looking toward a future in South Florida nearly two decades ago, Nothard says that the 11-person Glavovic Studio would like to expand beyond the region. “We’re looking forward and out,” she says. “And it looks quite bright.” 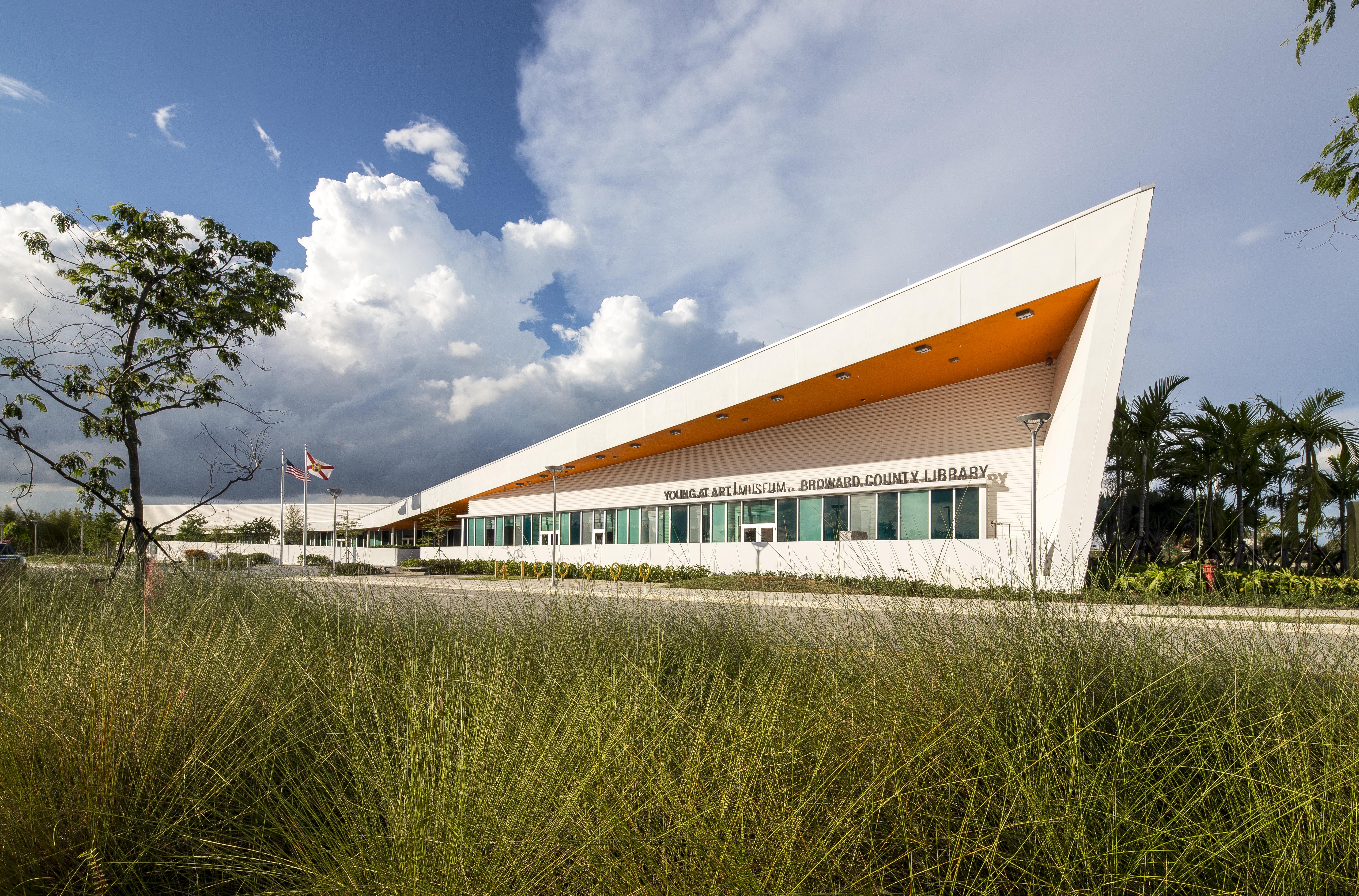 Young at Art Museum and Broward County Library in Davie.