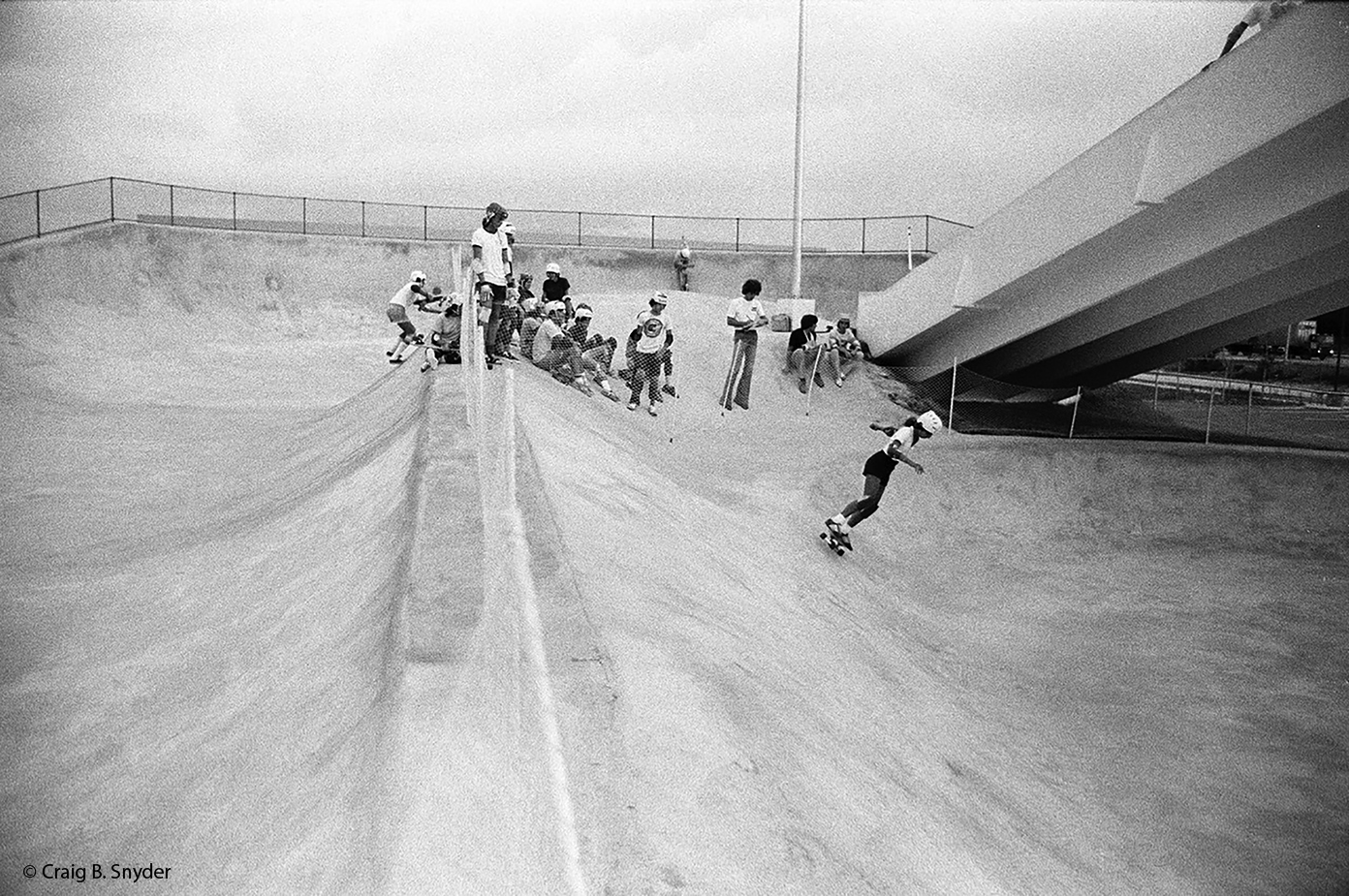 By Craig B. Snyder

Who would imagine that the birth of modern skateboarding took place somewhere between a meat market and a Denny’s restaurant just off I-95 in Hollywood, Florida? But that is exactly what happened. Well, that’s the shorthand version of it. And maybe, just maybe, that’s also a bit of an exaggeration. Or is it?

Located on the west side of the interstate, between Sheridan Street and Stirling Road, Skateboard USA was a skatepark like no other when it opened on March 1, 1977. Financed by a group of doctors from nearby Memorial Regional Hospital, Skateboard USA may have been doomed to failure if not for New Jersey transplant Jimi Rennie, who was 22 at the time.

“I remember the first time I walked into that park,” says Rennie, who now resides in South Carolina. “It was December 1976, and it was still being formed. And I said to Dr. Delarson and one of the other investors, ‘This park will be obsolete in six months; there’s no question about it.’ He then asked me what I would do different. And that’s how it all came to be.”

What came to be was the first skatepark in the world with vertical walls. “Driving down the interstate and seeing this huge vertical bowl off I-95 was mind-blowing,” says skater Dan Murray from his home in Mount Dora. “Oh, my God! How are we going to ride this?” At 17, Murray did and soon became part of the elite Skateboard USA team that Rennie coached and managed.

“That place was insane but less than perfect,” says Gelfand, who still resides in Hollywood. “Some of the concrete lips had these oververtical spots, but that flaw is what helped create the Ollie.”

Skateboard USA was an architectural wonder and a hedonistic playground. More importantly, it was ground zero for the Ollie, the move that defines much of modern skateboarding, a sport that will debut at the Tokyo Olympics in 2021. Yet no historical plaque or monument commemorates the skatepark. All that remains now is the Denny’s. Located at the corner of Sheridan Street, it was the place where I joined Gelfand, Goodman, Furness, Murray and others for a bite to eat between sessions all those years ago, gathering stories that would eventually comprise my book A Secret History of the Ollie, Vol. 1: The 1970s (Black Salt Press, 2015). Despite the passing of time and the impact of the pandemic, the restaurant—like the Ollie—has survived.

It’s Anna Sui’s World, and We’re Just Living in It