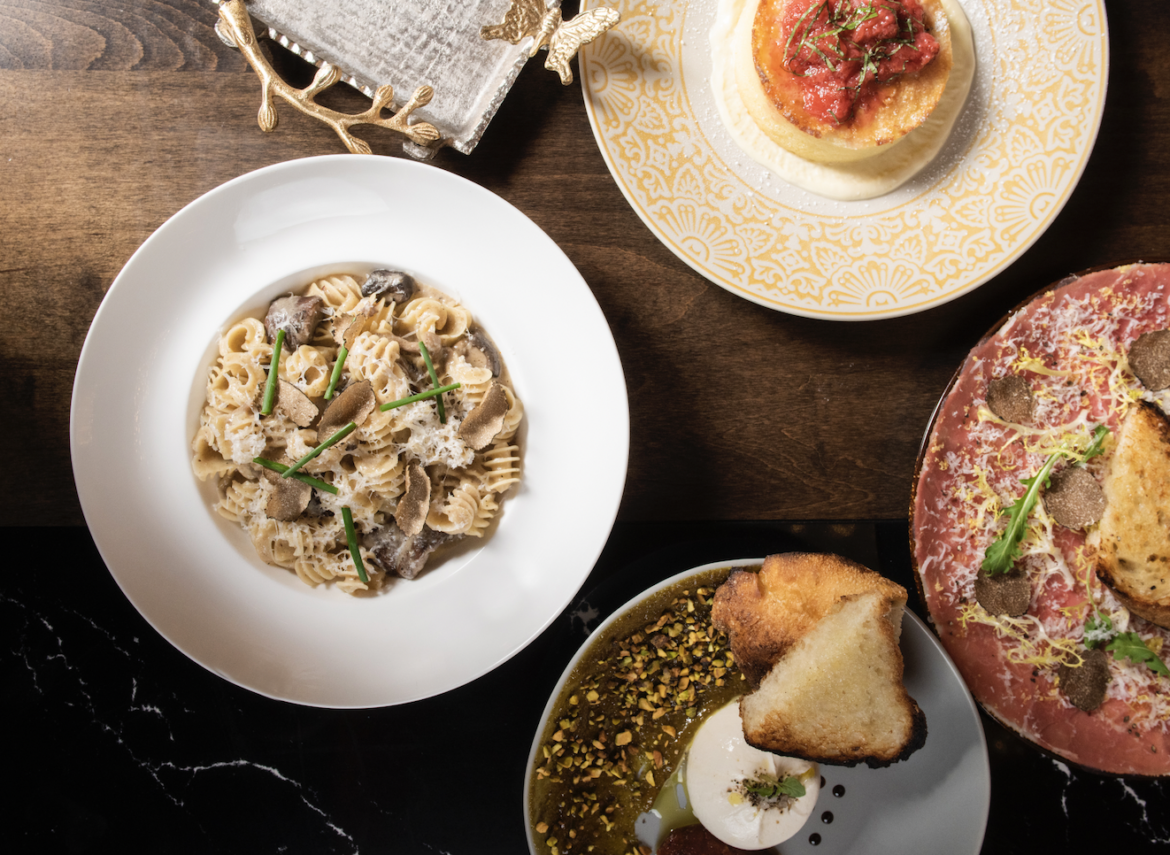 The word is out. Timpano Las Olas is back. Regulars and newbies alike can agree its redesigned regalia is swanky. But what about the food? Are the mussels still on the menu? (Yes, they are). Well, the team at Tavistock Restaurant Collection, which also owns Abe & Louie’s Boca Raton among others, brought in a stellar team to ensure Timpano’s reintroduction to the city was mouthwatering. Enter chefs Michael Ferraro and Omar Lorenzana, two New York chefs, who are harnessing their culinary chops and love for food to elevate Timpano’s menu to another level with the evolution of Italian classics. 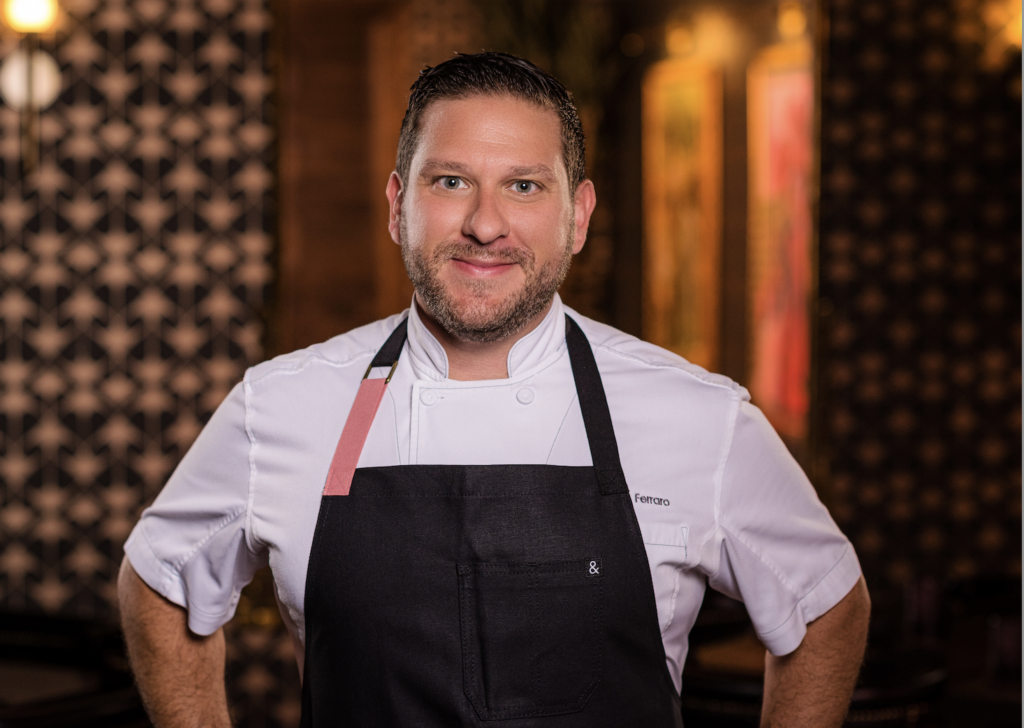 This is a return to familial roots for Ferraro, a first-generation Italian American who grew up on rustic dishes from the old country. In his twenties Ferraro’s father, who immigrated from southern Italy as a teen, achieved the American dream when he went from working at a restaurant to owning one. As a kid, during the summers, Ferraro would cajole his friends into helping him tend the family garden – bursting with eggplants, peppers, tomatoes and fruit trees, including a fig tree that grew from a branch brought over from Italy. Ferraro’s family was eating farm to table decades before it was trendy, and it valued time spent together, cooking, eating and enjoying life. It was relaxed and delicious and that’s the vibe he wants to bring to Las Olas.

“(Timpano) is reimagined Italian that is sophisticated yet comfortable,” says Ferraro. “It is a tribute to the past. The way I think about it is, I am not my mother or father, so the cooking they did I respect and love and then I morphed it into my own. The reimagined Timpano, I see it as the child of the original Timpano. I see it as the evolution of the brand and the evolution of my Italian cooking.” 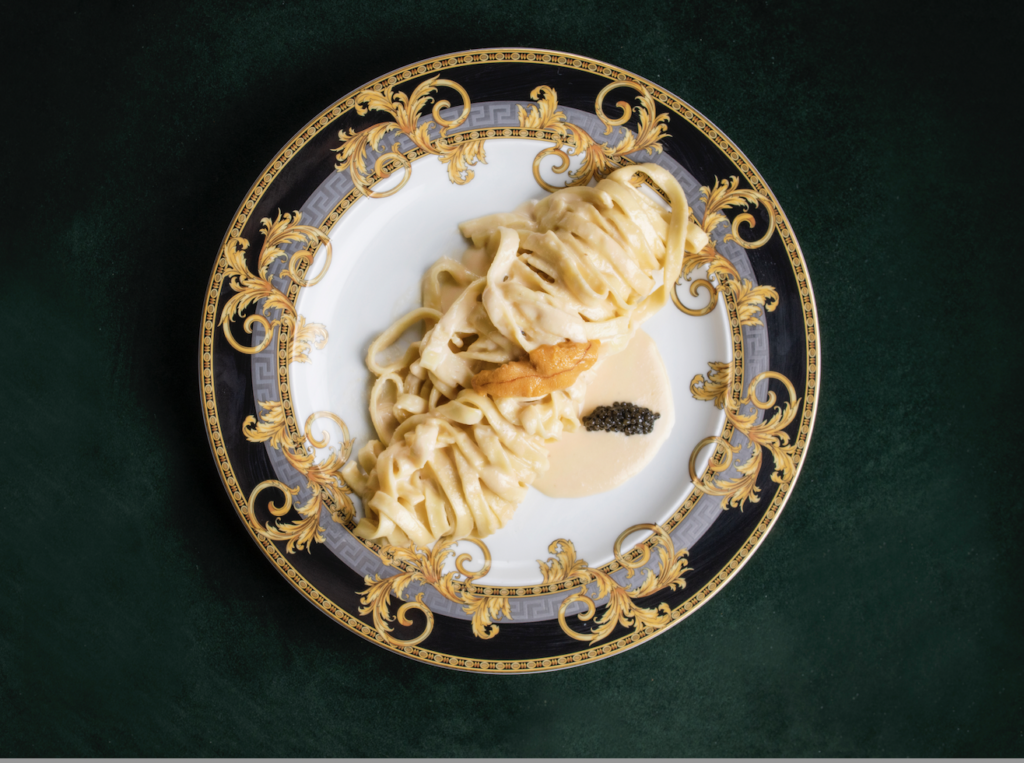 At Timpano, Ferraro fuses his professional fine-dining experience, which was initiated at The Culinary Institute of America and includes stints at Jean-Georges’ Mercer Kitchen and Manhattan’s Four Seasons Hotel, with his rustic Italian background. It’s a progression in his cooking that is showcased through elevated dishes like the Radiatore pasta with white miso, dried shiitake mushrooms and fresh black truffle. Japanese ingredients in an Italian dish? Absolutely! They give the pasta a pop of umami flavor that just works. One would also be remiss to overlook the Parm to Table Experience of the Uni Alfredo. A custom gueridon presents a grand parmesan cheese wheel that’s transformed into a unique tableside experience complete with a Siberian caviar option and then served on classic Versace china.

“The thought was to take the guts of a dish that everyone knows and everyone’s had, and turn it into something special, something people will remember,” Ferraro explains.

So, while patrons can enjoy those newly conceptualized dishes, they can also opt for more classic selections. Ferraro honors his heritage with several menu items including Georgio’s Meatballs, his dad’s recipe, which Ferraro proudly says is consistently rivaling for the number one spot in the appetizer section. Made from excess basil from the garden, Ferraro grew up lunching on his mother’s pesto, which also made the cut as the Bucatini al Pesto on the menu. “It’s one of those rustic dishes that sang late summer to me,” he expresses. He also can’t get enough of the Westholme wagyu beef carpaccio and the burrata, which comes with rich Sicilian pistachio butter, charred tomato jam and grilled bread. It reminds him of an adult version of a PB&J with fluff, he chuckles. 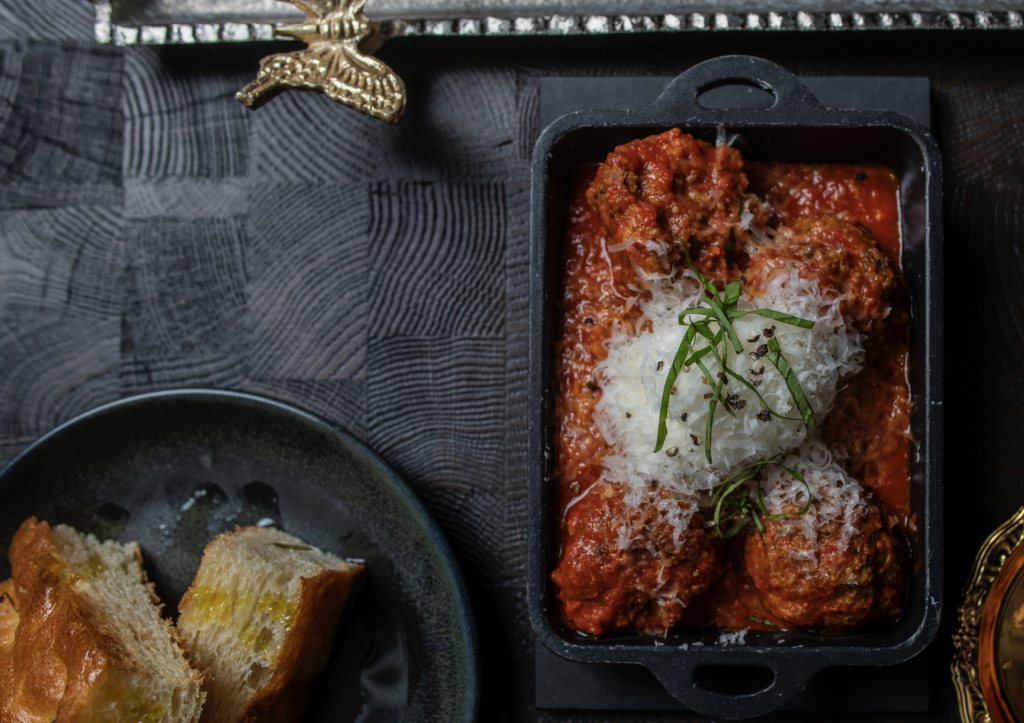 When Ferraro, Tavistock’s vice president of food & beverage, was looking for an executive chef to help take Timpano’s relaunch to the finish line and then oversee its daily operations, he hired seasoned chef Omar Lorenzana. Puerto Rican-born and Brooklyn-raised, Lorenzana’s experience in the New York dining scene appealed to Ferraro. “He knows the level of expectation. He gets it. The stakes are high, just like they are in New York,” Ferraro says.

For Lorenzana, a move to South Florida was a dream come true. Over the years he’d applied to kitchens in the area but once the pandemic hit, it really motivated him and his wife to find a way out of the city. Plus taking on an opening was something Lorenzana had experience in having opened his own restaurant in Brooklyn a few years ago. So, for nearly a year and a half, Lorenzana worked closely with Ferraro and the rest of the team to ensure Timpano had a tasteful debut.

“We did our homework, and we hired the right people to do the job and it all came together. The menu is well thought out, there’s a lot of elegance as well as simplicity. For me sometimes less is more,” Lorenzana says. Ferraro also adds, “Omar has done a great job of really executing the vision, and I’m really excited – once Omar finds his footing there – then we get to add elements of Omar into the place as well.” 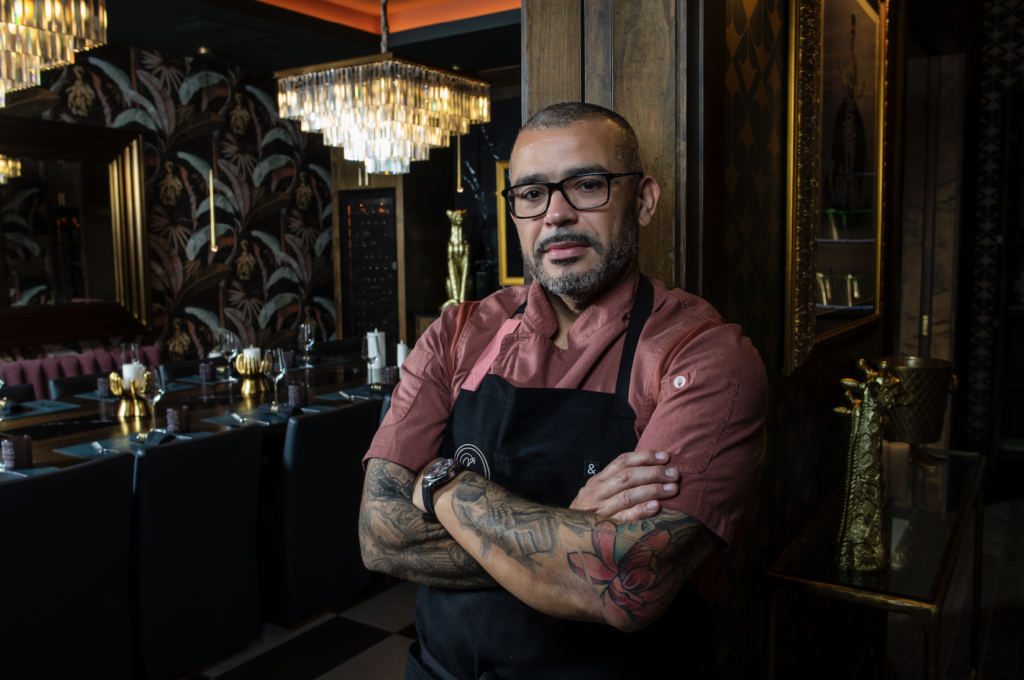 Tasked with implementing their vision, Lorenzana is directing the kitchen symphony every evening. That includes working with local vendors like his Miami-based burrata and bread producers, plus his shrimp, tomatoes and citrus are regional as well. He also works with corporate pastry chef Stuart Whitfield, another Four Seasons veteran, to deliver decadent housemade desserts. In lieu of ruining the dessert experience, let’s just say new diners should save room for an enchanting, sweet treat. And for those interested in a more intimate gathering, Timpano now has two private dining rooms and two semi-private spaces. For full privacy, the wine room, a long, classy maple table sits 14 and the library, with its own bar, can hosts 50.  The peacock lounge upfront can accommodate up to 50 and the secret garden’s outdoor covered patio has the same capacity.

For Lorenzana, his elation comes from walking around the restaurant and seeing everyone eating the food and nodding their heads. As a new Broward resident, he hopes now Timpano has reawakened, that more restaurants like them will break into the scene. Ferraro agrees, “I’ve always had the mindset of the more the merrier. We’re pushing the bar to raise the scale in Fort Lauderdale to attract others to continue to push for greatness.” timpanolasolas.com