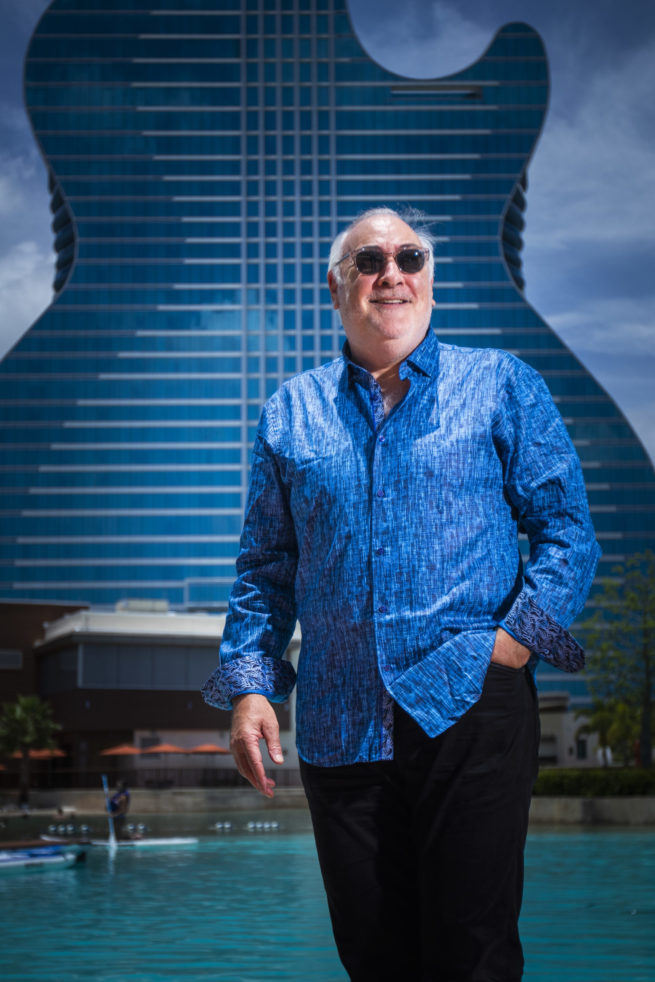 Sitting at a Jewish deli in a Boca Raton strip plaza, David Fishof is easy to spot. It’s not because of the black yarmulke he sports, which is a common enough sight at Lox & Bagel, but because at 65, he’s pretty much the youngest person there aside from the servers—a boomer in the not-so-wild. With inquisitive eyes tucked behind forest-green John Lennon glasses, Fishof possesses a natural gift of gab. He can talk to anybody about anything, a skill he picked up at a young age while mingling with congregants as the son of a New Jersey cantor. When an elderly woman at an adjoining table pauses to read the text on his T-shirt—“I may be old, but I got to see all the cool bands”—Fishof strikes up a conversation about music, as comfortable discussing big bands and opera stars as his personal forte: the glory days of rock ’n’ roll. 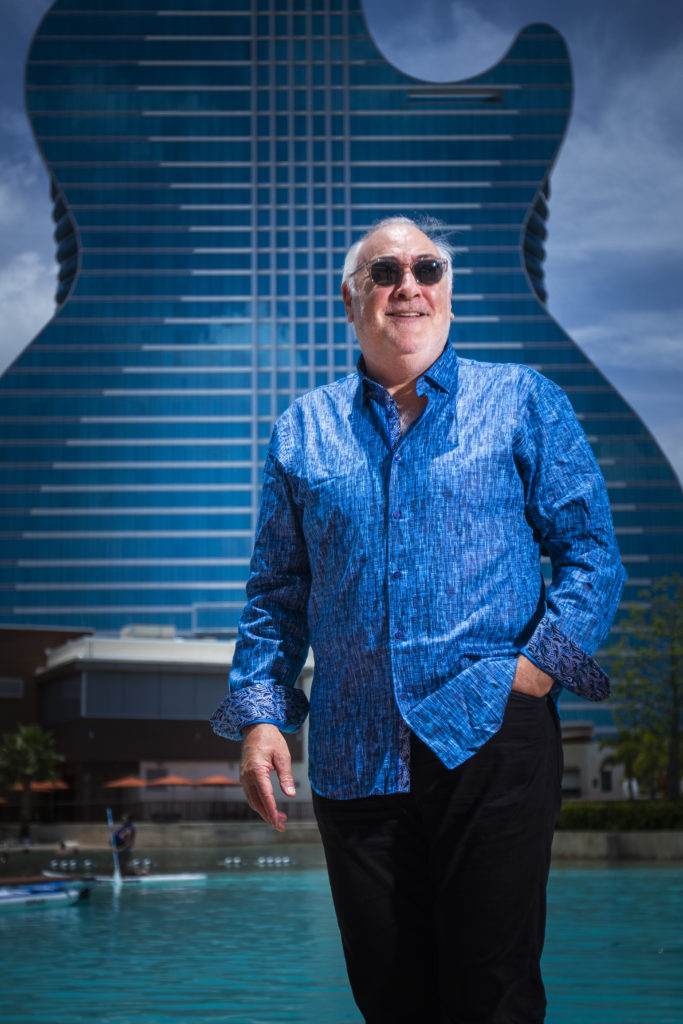 David Fishof cannot play an instrument, but he’s been promoting rock to audiences since the 1980s, when he spearheaded the first revival of the Monkees.

Though he started his career as a sports agent, much of Fishof’s life has been devoted to music. He cannot play an instrument, but he’s been promoting rock to audiences since the 1980s, when he spearheaded the first revival of the Monkees. He eventually became the producer for Ringo Starr and His All Starr Band. “But the road is tough,” says Fishof, who lives in Los Angeles but alights in South Florida regularly to visit family. “I had been on the road my entire life. It’s one thing if you’re a performer, but when you’re on the management and production side of it, every city becomes blurry. And I just wanted to change my life.”

In 1997, Fishof experimented with a way to leverage his rock-star Rolodex while minimizing his air miles. He called it Rock ’n’ Roll Fantasy Camp, an idea inspired in part by his love of the Catskills, which he considers “camp for adults.” Like a grown-up School of Rock, it’s a four-day, intensive experience where average people with musical aspirations learn the craft from “counselors”—professional musicians from acts such as Black Sabbath, Cher and the Cult. It all culminates in a live concert where campers perform hits with headliners: perhaps Bill Wyman of the Rolling Stones, Gene Simmons of Kiss or Vince Neil of Mötley Crüe.

Taking place from January 6-9, the rock camp’s first return to Florida since the pandemic will feature headliners Dave Mustaine of Megadeth and Steve Morse of Deep Purple at the Seminole Hard Rock Hotel & Casino in Hollywood. It will be followed by Rockin’ Florida 2.0 from March 10-13, also at the Hard Rock, with Aerosmith’s Joe Perry headlining. “These rockers come down to Earth when they come to camp, they come into the door, and I tell them all upfront: ‘It’s not about you, it’s about changing these campers’ lives. Let’s give these people the dream.’” All levels of ability are welcomed at the camps, with deep pockets being the only requirement; the camps can run upward of $5,000. Still, Fishof says 50% of his campers are repeat customers. “It’s transformational,” he says. “I want to take you back to your childhood and start rebuilding your life, to find your happiness. And they all do. They all write to me about how their lives have been changed. Every day I get another email.” 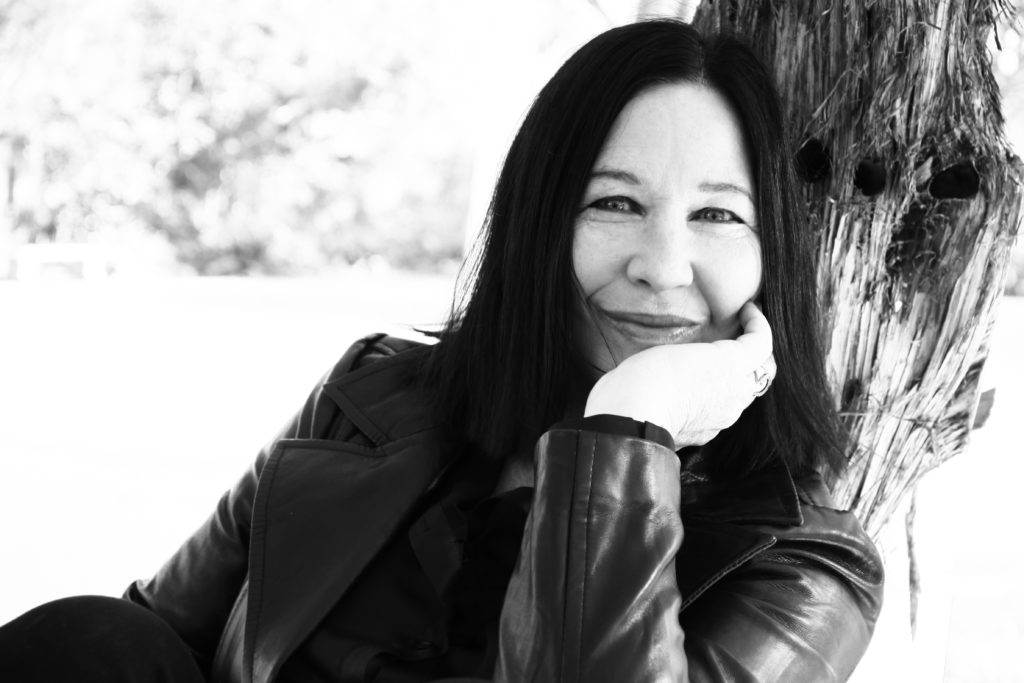 For over 40 years, Kathy Valentine of the Go-Go’s has rocked out on stages around the world. As one of the headliners of the women’s-only rock camp taking place in January in L.A., she will share what she’s learned about life on the road. Photo by Christopher Durst.

Tony Franklin, a master of the fretless bass whose 40-year career includes stints with Jimmy Page, Whitesnake and Kate Bush, joined the camp as a counselor in 2014, and he’s come back for at least 15 more camps. “Being a counselor is a wonderful opportunity to share what we’ve learned; it’s gratifying on so many levels,” Franklin says, noting that while the headlining artists join for a few hours, counselors spend four full days with the campers. “The whole experience of rock camp for the attendees is heavily reliant on the counselors. I see people go in at the beginning who are timid and have never performed in front of anybody, and they come out beaming with a new level of confidence. It’s so heartwarming to see that.”

Over the decades, Fishof’s venture has lodged itself in the pop culture firmament. It has been parodied by “The Simpsons” and “Saturday Night Live” and has been referenced on series ranging from “Pawn Stars” to “Bones”; it even made it into a Citibank commercial. More than 5,000 people have attended 69 rock camps around the country, and the popularity is only growing. The well-received 2021 documentary “Rock Camp” delves into the backstory of the camps and many of the campers who have been uplifted by the experience, from a drummer who confronted her fear of transitioning to lead vocals to a teenager on the autism spectrum who credits music for helping him come out of his shell. (Fishof, who initially resisted being in the documentary, is given quite the introduction: he’s seen riding his motorbike around L.A. to the guitar-rock strains of “Hava Nagila.”)

Fishof hopes to achieve similar results with his brand’s first Women Only Rock Camp with Britt Lightning of contemporary glam rock band Vixen leading the event. “The world of rock ’n’ roll is still male-dominated, and there are certain experiences women have in this realm that men do not encounter,” Lightning says. “I have played in a lot of bands with female musicians, and the camaraderie we develop through the music and shared experiences is incredible. We want to talk about it all and have a judgment-free zone for women to let go and rock out.”

Headlining the Women Only Rock Camp are Melissa Etheridge, Aussie rock guitarist Orianthi, Nancy Wilson of Heart and Kathy Valentine of the Go-Go’s.