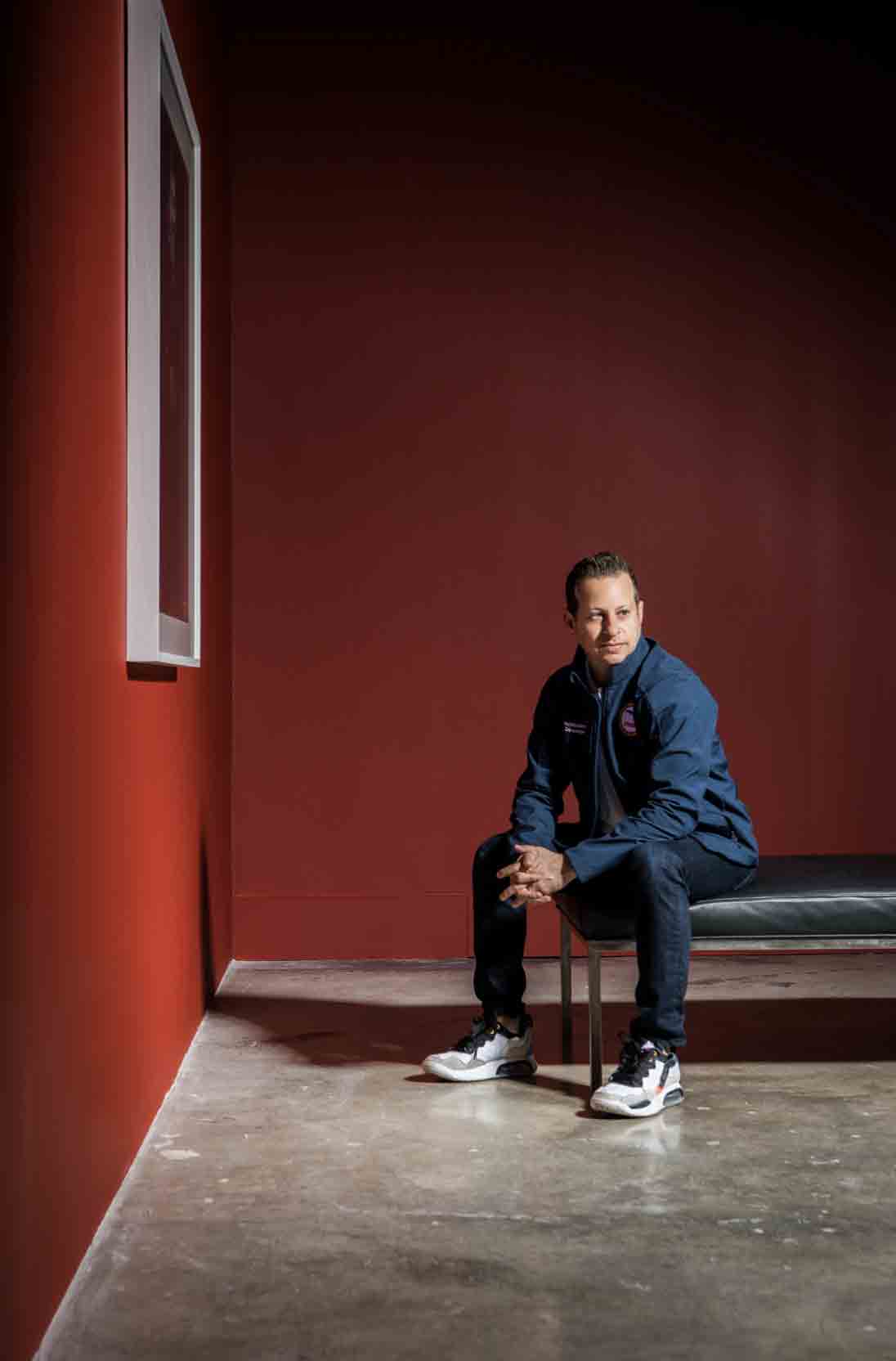 When we meet for this interview in the middle of April, on a sunny sidewalk in his hometown of Parkland, Jared Moskowitz has 14 days left on the job. After that, he will no longer be the director of the Florida Division of Emergency Management, a position he has held since January 2019, back when almost no one owned a mask or knew the phrase “social distancing.” It was a position that put him at the helm of Florida’s response to the COVID-19 pandemic.

“I can’t really recall what life was like before this,” Moskowitz says, picking at a thick piece of avocado toast. “I’m already thinking to myself that, come May 1, I’m going to struggle dramatically.”

It’s not that he’s not looking forward to a life outside of work. He resigned specifically to spend more time with his wife and two young children. His 4-year-old son looked at him one day when Moskowitz was strapping him into the car seat and said, “Daddy, you work for the governor, but I don’t want you to anymore. I want you to come home.” And that’s when he knew it was time.

“I don’t even remember sleeping in the beginning,” Moskowitz says. “I saw my kids twice in the first 90 days.”

For the last year, Moskowitz’s life and work have coalesced into one. How does he unravel those two things? How does he find the life he used to live when it’s tangled up in a year of such intense trauma? He doesn’t quite know yet, but in 14 days, he’s going to figure it out.

He has some practice, at least. This is not the first time he’s had to live and work through disaster and tragedy. Moskowitz was a state representative when 17 people died in a mass shooting at Marjory Stoneman Douglas High School, his alma mater. He was at the Marriott hotel in Coral Springs when the parents of the “missing” students were informed their children were no longer missing but deceased.

“You didn’t hear crying,” Moskowitz says. “You heard screaming. It still haunts me.”

Less than a month later, he stood on the floor of the State Capitol, attempting to pass one of the most progressive pieces of gun reform legislation in Florida’s history. Moskowitz was the last member of the Legislature to speak before the vote. He wrote his speech the night before in a hotel room and was editing it right up until it was his turn to talk. The speech was one of those rare political moments when a politician speaks so honestly, channeling such undeniable anguish, that party affiliations melt away.

As he wrapped up, Moskowitz told a story about the day of the shooting. His son was in a writing class taught by Jennifer Guttenberg, whose daughter, Jaime, was killed that day. 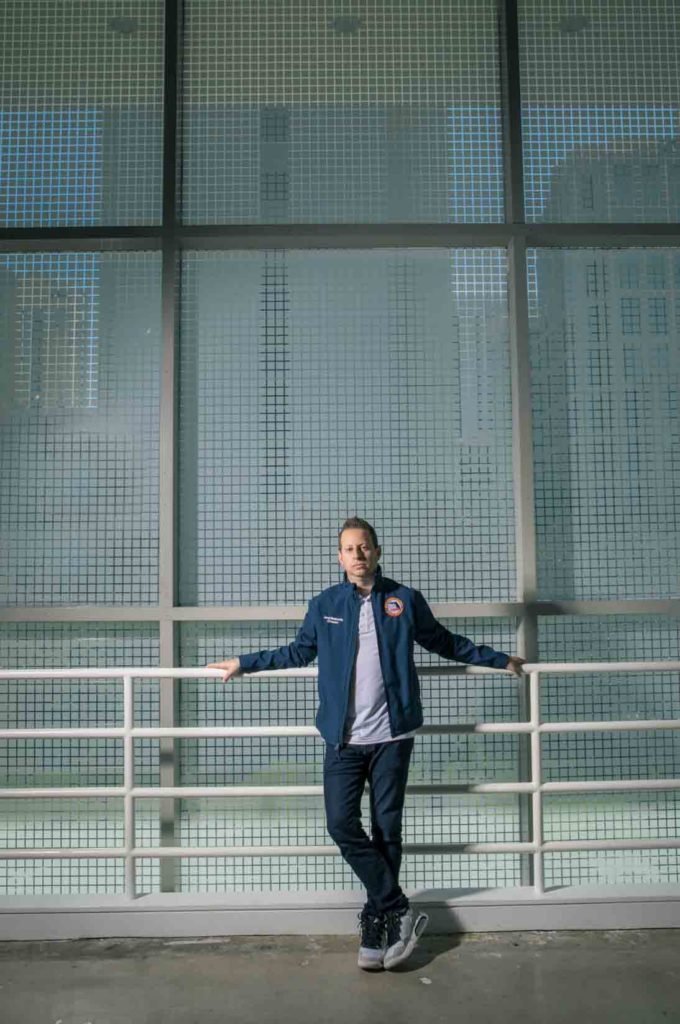 Moskowitz, a Democrat who has earned a reputation for his ability to work with Republicans, has served in Florida politics since he was 25. At 40, he’s ready for a break from the ferocious partisanship that has dominated politics the last four years and is looking forward to spending quality time with his wife and two young children.

There was a standing ovation in the Capitol, and—with a Republican-controlled House and Senate and a Republican governor—the law passed.

It helped earn him a reputation of bipartisanship, which is still part of his narrative today. The child of one of the most prolific Democratic fundraisers in Florida, Moskowitz grew up to be a top Democratic politician in the state, and yet, for his entire political career, he’s not only been surrounded by Republicans but has found a way to work with them. Gov. Ron DeSantis asked Moskowitz to run the Florida Division of Emergency Management, making him the only elected Democrat running a state agency. In some people’s eyes—especially those focused on the last four years of national politics—that makes Moskowitz a rarity.

“Based on where we are today? Oh, yeah, I am definitely, unfortunately, a unicorn,” he says. “But 10 years ago? No, there were lots of me’s—many people before me.”

Moskowitz has served in Florida politics since he was 25. He’s only 40 today, though he speaks with the frustration of a grizzled industry veteran. As proud as he is of the work he’s done, he’s also grown aggravated with many aspects of politics: sensational media coverage, political pandering and a public easily swayed by both.

“One thing elected officials don’t have anymore is balls,” he says. “They just don’t. We make them weaker these days. They’re so scared of the media. They’re so scared of social media, of Twitter, of the 24-hour news coverage. They might be criticized, and then someone might run to the left of them or run to the right of them. It’s about staying in power. It’s not about ultimately doing what they might feel is right.”

Moskowitz hasn’t touched the toast in front of him for 45 minutes. He talks fast, and he has a lot to say. It’s been a long year. Many people died, and that’s not lost on him. He’s lived and worked through two of the biggest tragedies in Florida’s history. It’s changed him in ways he’s only beginning to understand.
“I just look at things differently,” he says. “You don’t see what I saw in Parkland and then go through what I went through with COVID-19 and just, you know, you’re back to normal. Those are wounds. Those are scars. They don’t heal.”

Moskowitz tells me he plans on taking a month off after he resigns. And after that? He doesn’t know. He has offers but says he’s honestly not sure about his next step. He was on President Joe Biden’s short list to run the Federal Emergency Management Agency, and though he wasn’t ultimately offered the role, surely more political opportunities await him. But he’s not thinking about that right now.

“One of the reasons I’m coming home is because I realized I had my priorities kind of wrong,” he says. “It’s not that I don’t want to build my career. I do, but I am missing stuff with my kids that I am never going to get back ever—ever, ever. And there is plenty of time to do this other stuff, but there isn’t plenty of time to be here and help my kid tie his shoes.”

In Retrospect: Sailing On