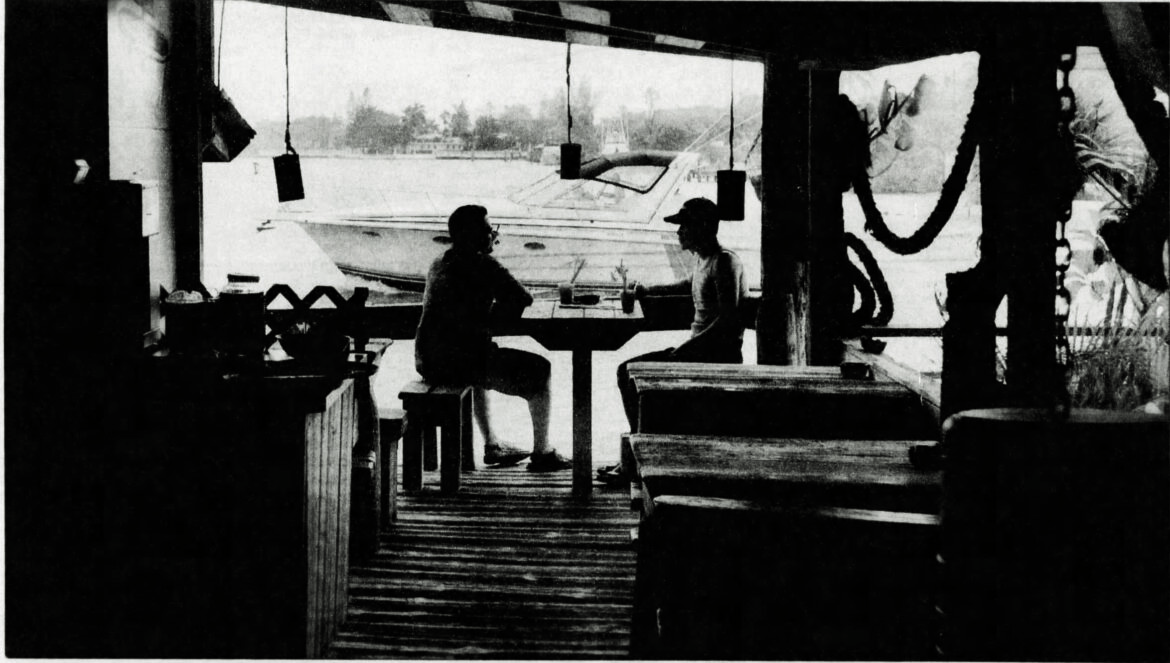 Smudged license plates, rusty anchors and a toilet lid encouraging diners to “seat yourself” have been welcoming visitors to Hollywood’s Le Tub Saloon since Christmas Eve 1975. Originally a failed Sunoco gas station, the seaside shanty and home to the famous 13-ounce sirloin burger—which GQ magazine named “the best hamburger” in the country—was built by Russell T. Kohuth. Originally born in Altoona, Pennsylvania, Kohuth, who died in 2010 at the age of 75, owned several businesses in Broward County, including a motorcycle rental shop and a banner airplane service, but Le Tub is his life’s legacy. He decorated the walls with debris that he found during his morning jogs along Hollywood Beach and gave new life to old toilets and bathtubs, using them as planters.

“It was a project for him,” explains Le Tub’s manager, Brian Thompson.  “When he was working on it, people were just dropping stuff off, and he started implementing all of it.” At the entrance to Le Tub, Kohuth posted a sign discouraging “infants, noisy kids, hat wearers, and those under the age of 22” from entering, but eventually relented to the City of Hollywood’s request to remove the sign, taking it down in 1984.

Still, the informal atmosphere and Intracoastal views have been attracting guests to dine under the saloon’s leafy trees while hungry birds stalk steak-cut fries and other leftovers. The breezy, open-air bar may be famous for its burgers, but the hand-drawn menu, which dates to the restaurant’s inception, also offers other delights. “Our crab legs are fantastic,” says Thompson. “My go-to is always the ribs. They’re outstanding and so is the grilled mahi-mahi.”

As for the name, Thompson assumes it was likely a nod to the snowbirds descending annually upon the beachside community, “We have a lot of people from Quebec. That might be why he named it ‘Le Tub’, to give it that French name.”  Le Tub’s quirky and timeless atmosphere offers a glimpse of a quickly disappearing slice of vintage South Florida. “The reason Le Tub has been around for so long is because you can come here dressed up or ready for the beach,” Thompson says, “Coming here is like grabbing a bite and a cold drink in a treehouse. It’s a unique experience.”