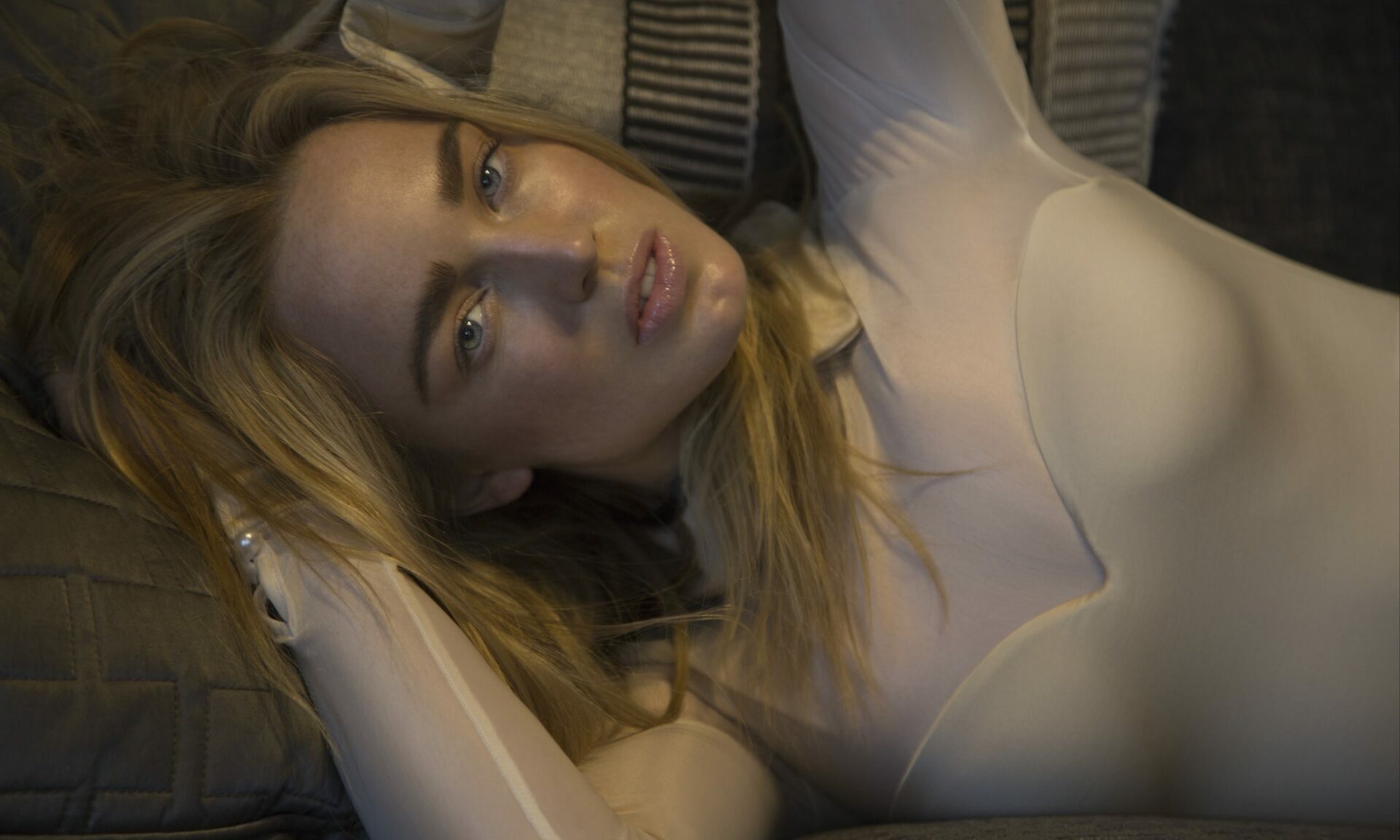 By Jennifer Arellano
Photography by tonyduran.net
Styling by Tara Nichols 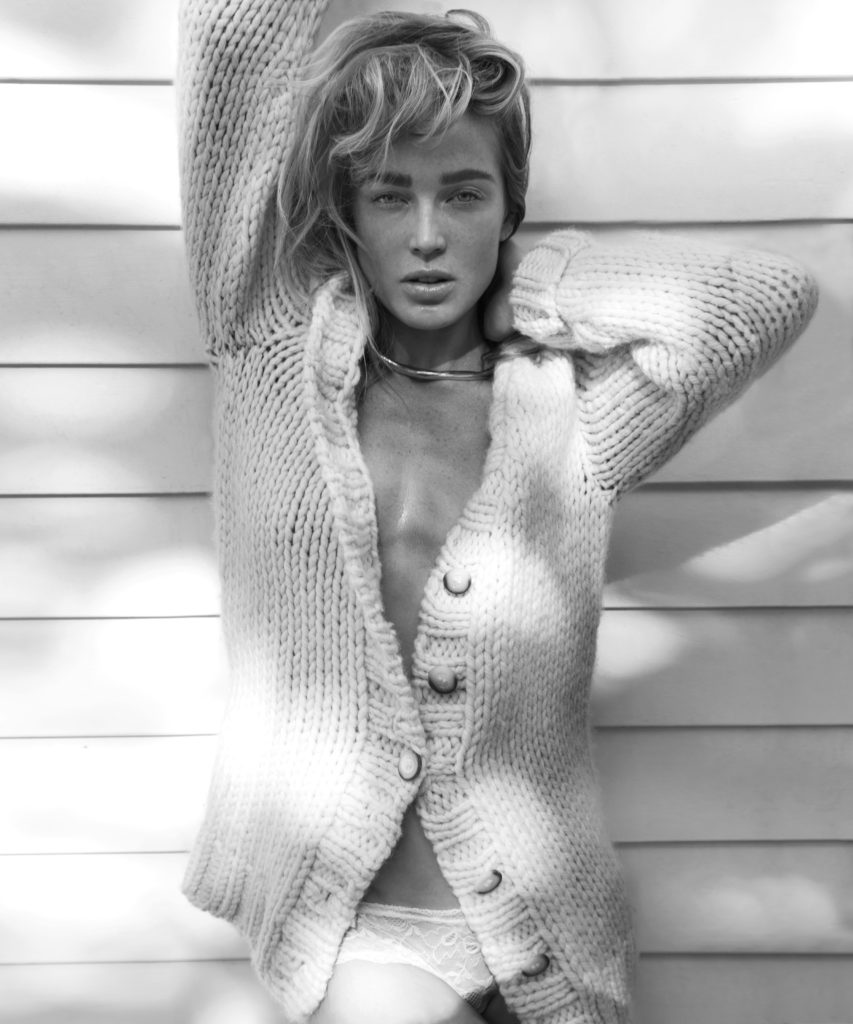 Caity Lotz has that don’t-mess-with-me stare on lock. If you’ve ever caught her as Sara Lance in the CW shows “Arrow” and “DC’s Legends of Tomorrow,” then you’ve been on the receiving end of her glassy, almost translucent, blue-eyed gaze, lasering right through your laptop or TV screen, shielding something sinister or, at least, a rock-hard mental toughness. That steely gaze can just as easily melt into all freckles and smiley optic-white teeth, a lighthearted countenance “Mad Men” fans may recognize from Lotz’s memorable turn as Anna Draper’s niece, the beguiling Berkeley-ite Stephanie Horton. This San Diego native’s chameleonic glare can wither or woo—but that’s just the tip of the iceberg.

Let’s back up a bit. For possessing such an emotive face, Lotz never dreamed of lighting up the silver screen. “I didn’t even think about acting until I took classes when I was 21,” Lotz, 29, says over the phone from her home in Los Angeles (where she’s on hiatus from filming “Legends of Tomorrow”). Her path to wooing Don Draper and kicking some serious butt on the CW is fairly unusual. “No one in my family is in the arts—not even close,” she laughs. Her father is a malpractice attorney; her mother, a housewife; and her only sibling, a brother, is a doctor. “I’m the black sheep in that sense.” 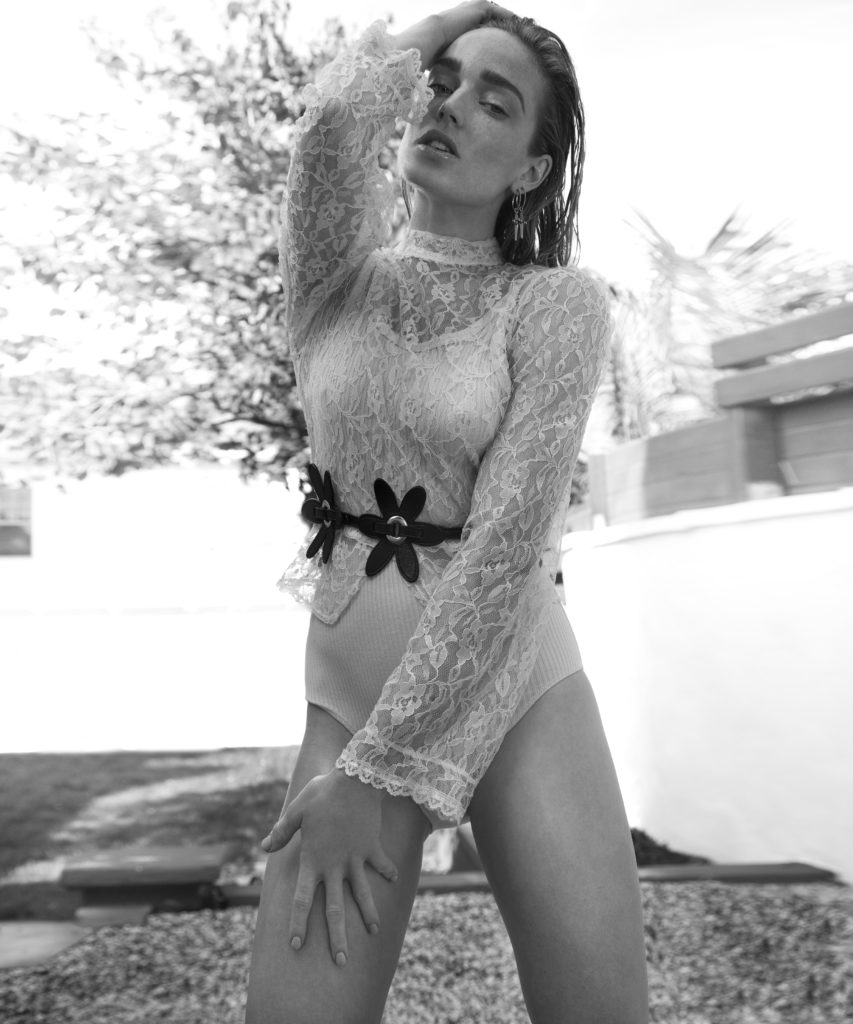 Lotz fell in love with dance at age 7, nabbed an agent at 15 for commercial and modeling work, then moved to Berlin to sing with an all-girl pop group called Soccx. When she returned to the States, she decided to forgo college and continue dancing professionally, touring with Avril Lavigne and performing in music videos for Selena Gomez and Lady Gaga (see if you can spot her in Gaga’s “Paparazzi”). When she grew tired of dance, Lotz devoted herself to developing her acting chops.

Cue the “Mad Men” role, which was her very first acting gig—not too shabby for an ex-backup dancer, ex-Euro pop star. “I’m very lucky to be where I am,” Lotz says. “For everything in my life, I’ve just followed the excitement, and it’s worked well for me.”

Soon after “Mad Men,” Lotz booked a recurring role as Officer Kirsten Landry on MTV’s “Death Valley” and landed parts in a slew of indie films, such as the 2012 Sundance Film Festival breakout, “The Pact,” for which Entertainment Weekly wrote that Lotz’s performance as a distraught daughter, “may also have saved the film with her tough-as-nails, yet ultra-sexy performance.” 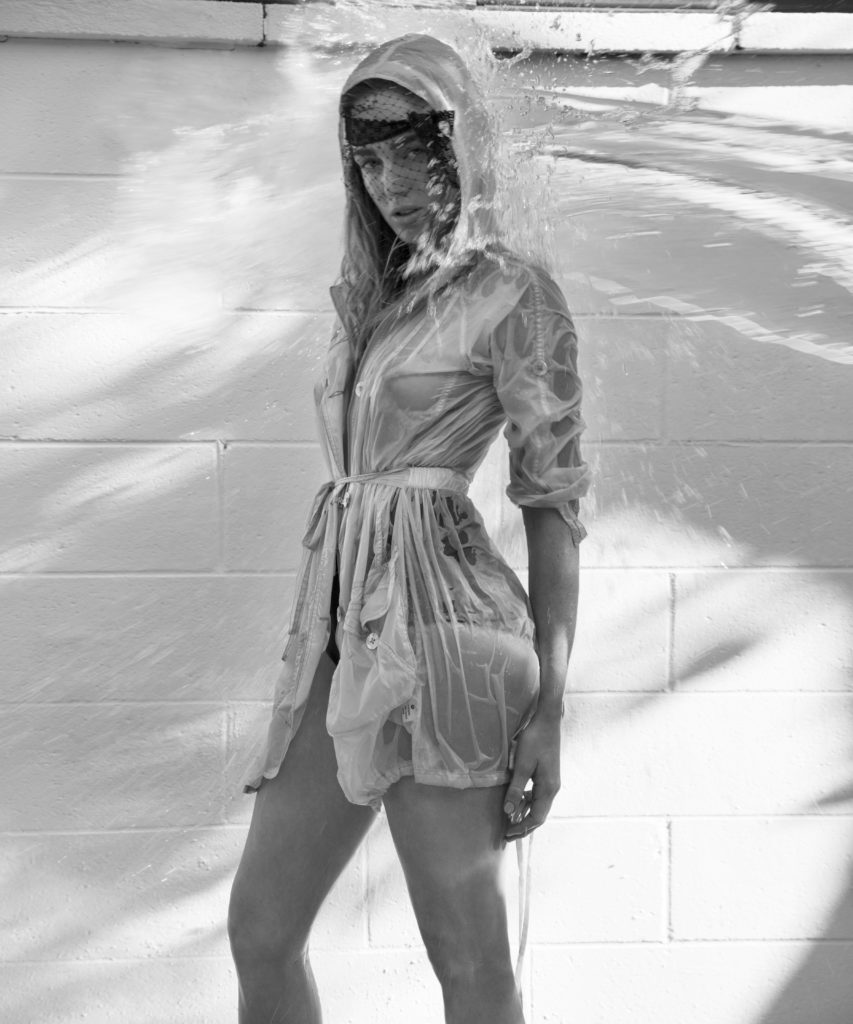 That “tough-as-nails” persona came in handy when walking into a blind reading with Stephen Amell for “Arrow.” “I remember going in and thinking, ‘If I actually get the job, I don’t wanna play the role like a typical female CW character. I wanna play her strong, independent and edgy,’” she says. After a month or so of auditions, Lotz nabbed the season two recurring role as professional badass vigilante, Sara Lance, aka Black Canary. Though her character was killed off on “Arrow,” she reprised the role in the spinoff series “Legends of Tomorrow” earlier this year.

On why she loves playing Lance on two different shows, Lotz says, “It’s really fun to be able to play such a complicated and capable woman. On ‘Arrow,’ the role was a lot heavier; there’s something about her that’s samurai-like. On ‘Legends,’ she gets to be funny and very sarcastic—that’s a lot of fun, too.”

“I’m very lucky to be where I am.
For everything in my life, I’ve just followed the excitement, and it’s worked well for me.”
—Caity Lotz 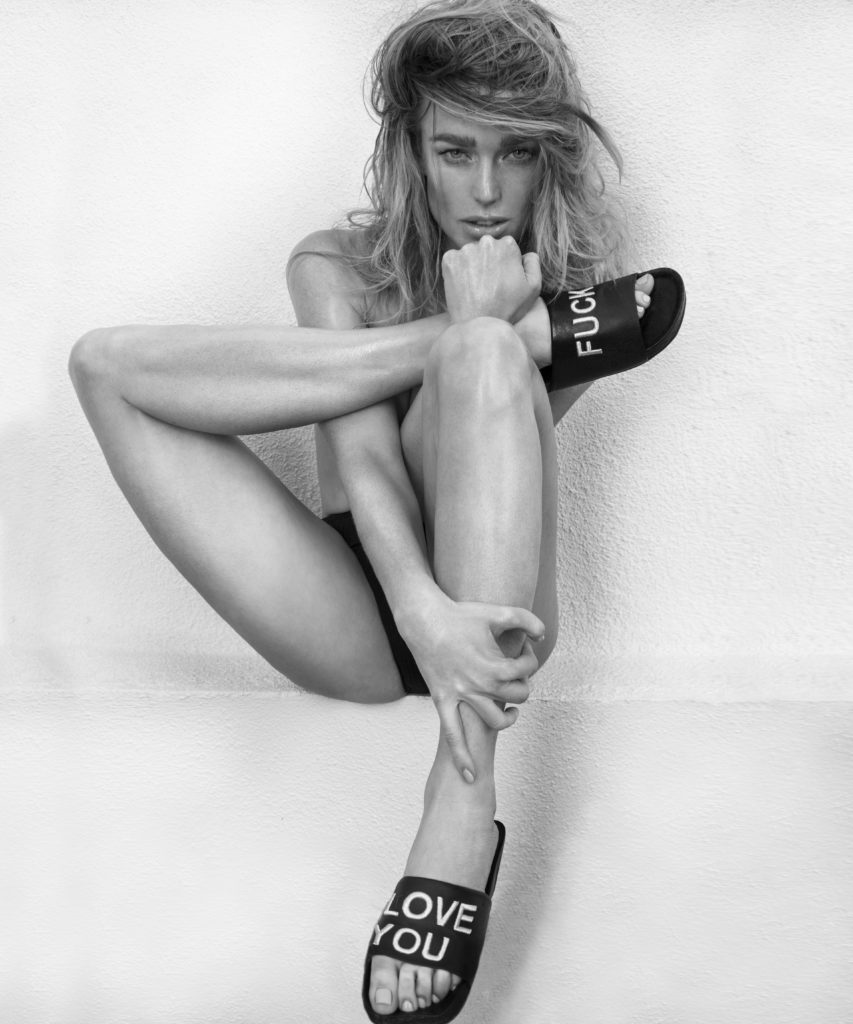 Lotz is particularly proud of the impact her character has had on her young female fans: “Because Sara Lance is bisexual—something that’s not yet widely portrayed on TV—a lot of girls who are bisexual or lesbian tell me how much it means to them to see someone like her. And that’s pretty cool. I like the way the writing staff treated Sara’s story, that her sexuality isn’t a big deal, it’s just the way she is. It’s normal.”

Working on a DC Comics franchise, you know there’s bound to be a fight scene or two (or 90). But that’s no sweat for Lotz, who famously performs most of her own stunts. “I’ve trained my whole life to do action roles,” she says. She’s skilled in several martial arts, including taekwondo, muay thai, wushu and weapon-work within Filipino martial arts, which has proved particularly useful on set for 14-hour camera days. Lotz trains with coaches presently, but back in her dancer days, at her gym, she taught the martial artists how to dance in exchange for learning how to fight.

For now, until filming for “Legends” in Vancouver resumes, Lotz is enjoying her free-bird status with the simple comforts of her French bulldog, Beasley; photography (it’s the thing she says she would pursue if she weren’t an actress); and travel. In the past weeks, she’s jetted off to New York, Palm Springs, Paris and Thailand, and says she would love to live in Islamorada. “Being from San Diego, I’ve got that beach vibe, so naturally, I love the warm water in Florida, its rainstorms—tropical anything.” 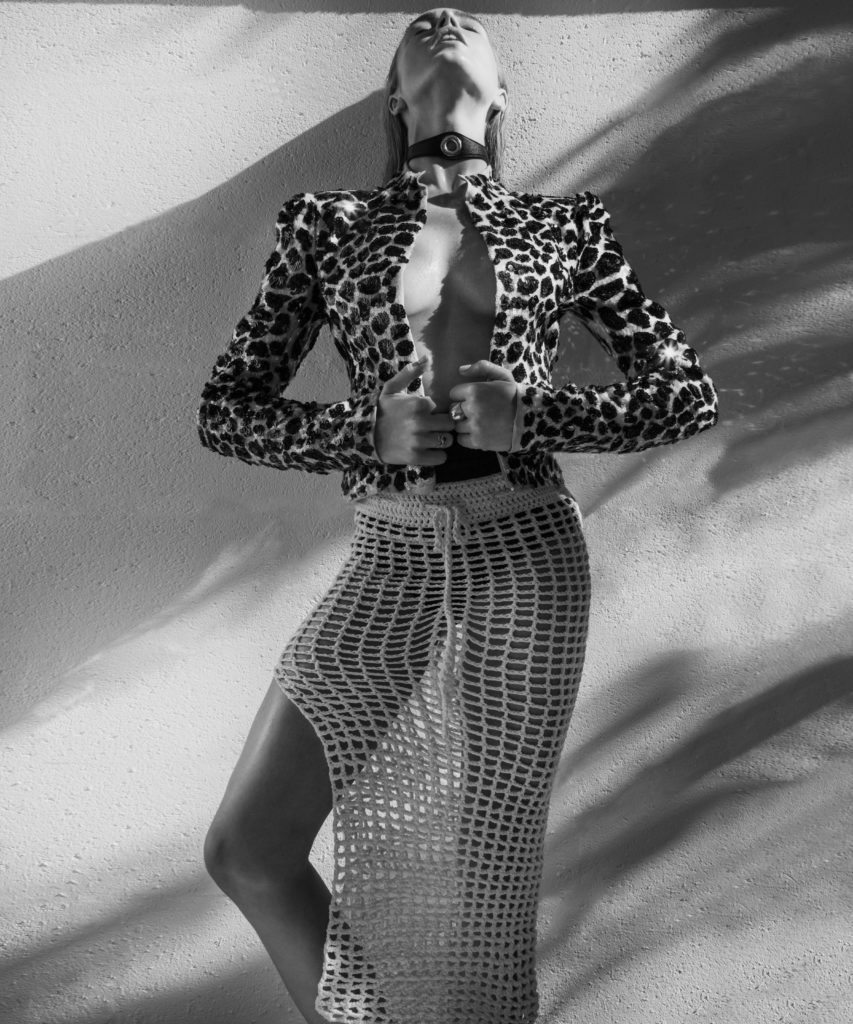 What’s up next for this thoroughly modern renaissance chick? There’s an indie she filmed in Utah called “Small Town Crime,” which she describes as “a drama with a lot of dark humor,” slated for the 2017 festival circuit, and two hush-hush projects: She’s developing a book series that she optioned, and she’ll be shooting an action series in New York that she’ll star in and produce.

Her dream role? Something akin to Charlize Theron’s Academy Award-winning portrayal of serial killer Aileen Wuornos in 2003’s “Monster.” Lotz got a quick taste of those kinds of transformative roles during the filming of 2013’s “The Machine,” where she cultivated a specific walk, vocal manner and stance to play an android with questionable motives. 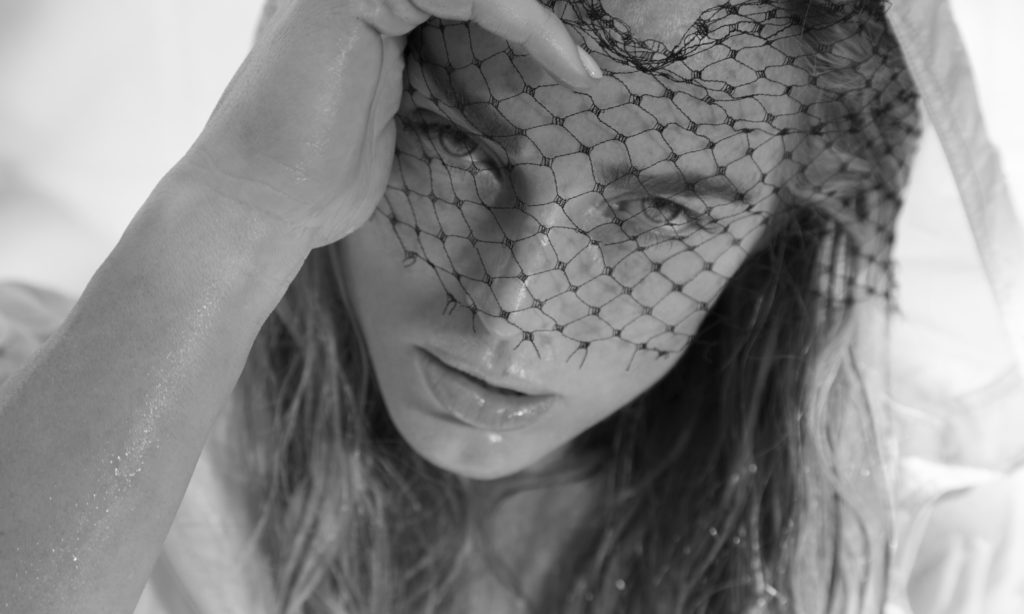 “It was so freeing, like you’re wearing a Halloween costume,” she says. For the “Most Promising Newcomer” in the British Independent Film Awards, “It doesn’t feel like any part of yourself, and I find that to be wildly exciting.” Let the transformations begin.