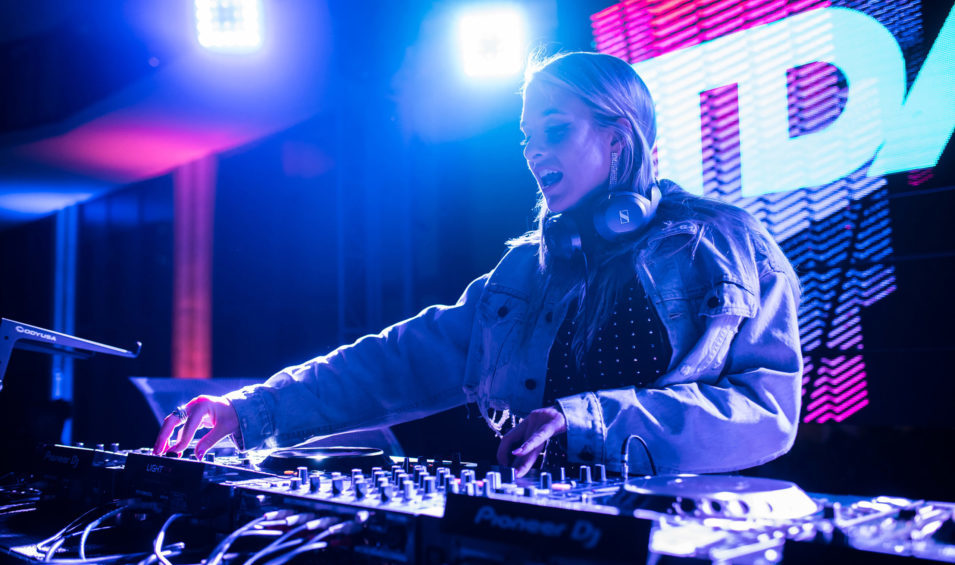 They met at Ann’s because they always meet there, that cute little Las Olas coffee spot attached to a florist shop. Anna de Ferran ordered tea because she always orders tea. Giovanna Elia drank coffee because she always drinks coffee. They broke out their laptops and hatched their plan.

The idea might sound simple to anyone who’s been part of a group to help women make it in an industry dominated by men. But female DJs remain rare, the two of them say, so they decided to help change that—to battle for respect and equal time for the talented.

The idea they hatched in September, the L’Amigas Collective, has since added a handful of DJs, booked shows around the world, and, they hope, is destined to be something huge.

Elia and de Ferran both grew up in Fort Lauderdale, and they met when Elia was 16 and de Ferran was 18. Their parents were friends—Elia’s father is restaurateur Angelo Elia and de Ferran’s dad is race car driver Gil de Ferran—and Elia remembers being so excited that de Ferran was coming over. “She was always like the cooler older girl, and I was thinking, ‘Oh, my God, she’s coming to my house,’” she says.

They became close after that but went their separate ways for college. Elia was living in Rhode Island when she saw de Ferran, then a student at the University of Miami, post about how she had started to DJ. It soon morphed into de Ferran making her own music, too, including a song that hit No. 1 in Brazil. Just like when they were younger, Elia was enamored with de Ferran’s coolness. “I was thinking, ‘That’s what I want to do,’” she says.

Elia started DJing at house parties in Rhode Island. She’d play house and techno and vogue, electronic remixes of Madonna songs. “It would be me and my friends DJing in these people’s houses, and they would get totally packed,” Elia says.

She graduated in 2020 just as the entire world shut down. De Ferran, meanwhile, found her world as a DJ shuttered. “It killed my business completely,” de Ferran says. “It really was a year of reflection for me, as it was for many people.”

Gigs had just started back up again last fall when the two met for coffee and talked about the problems women face as DJs. There’s the doubt by club managers that a woman can work the turntables, the often drunken advances by men, and just simply the fact that people won’t respect their talent—that’s the thing that bugs them most of all.

Together, though, they realized they could play off of each other’s strengths with the business acumen de Ferran had picked up working in the industry for a few years and Elia’s creativity.

They came up with the name L’Amigas as a play on the Portuguese phrase for girlfriends, since they’re both half Brazilian. The collective, they decided, would help female DJs find gigs, and they’d take a cut of the profit for setting things up. Neither of them had pictured themselves as managers, but now they’re helping other DJs get jobs. “It’s more of a support system more than anything,” de Ferran says.

They now represent five female DJs, three of whom are based in South Florida, and their goal is to have DJs in every major market. The collective has taken off so much that Elia told her family that she’ll soon need to leave her day job doing marketing their restaurants. “I told them, ‘OK, this is what I want to do with my life,’” Elia says. “It’s not a goodbye, but right now I have to do something that has a lot of potential and the ability to flourish. I didn’t see myself finding so much joy as a manager and handling the booking. But now that I see it from this side, I love helping these DJs and watching them grow.” 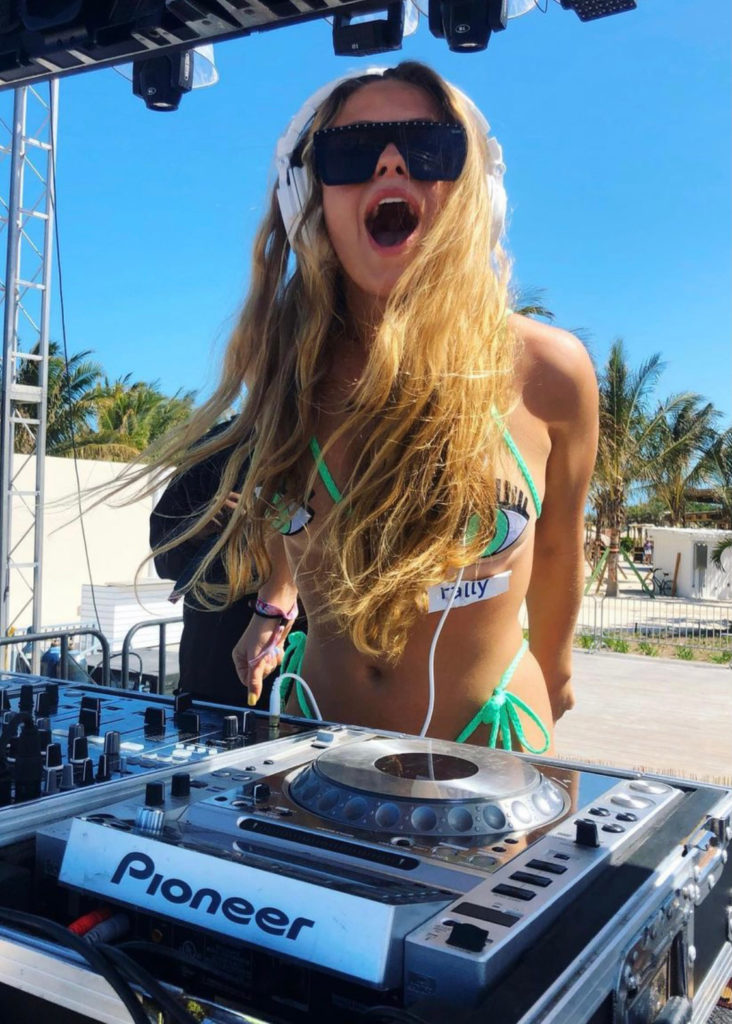 L’Amigas Collective DJ’s spining around the world. Above: Xandra reveals her wild side at STFU; Diossa flows at Boho House while Elia and de Ferran tag team the turntables at Rosè Nightclub. 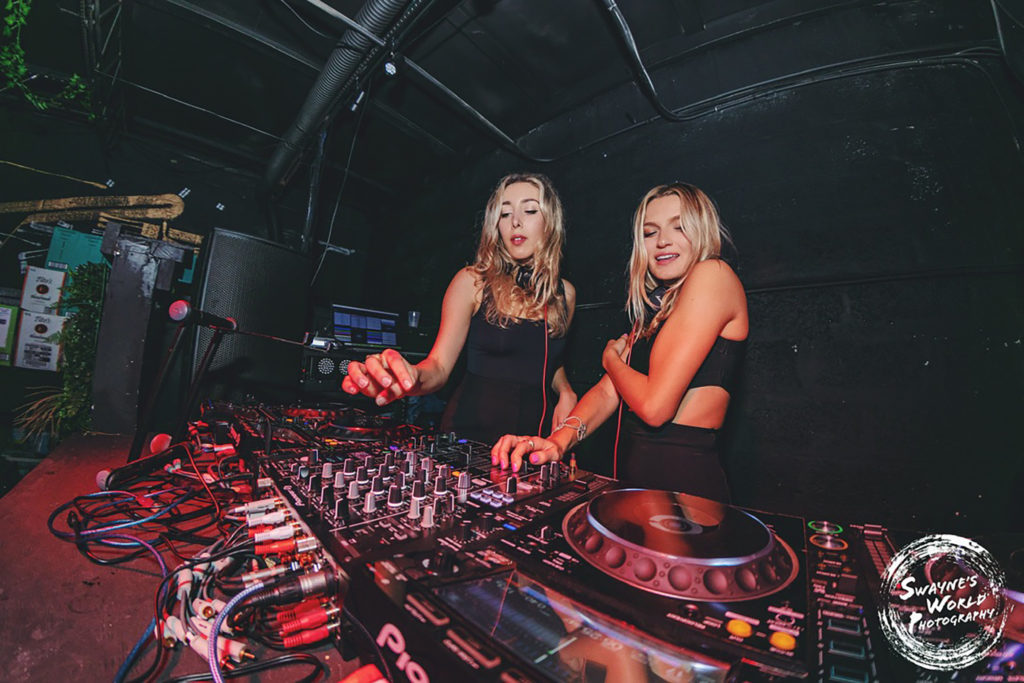 Above: Elia and de Ferran tag team the turntables at Rosè Nightclub. 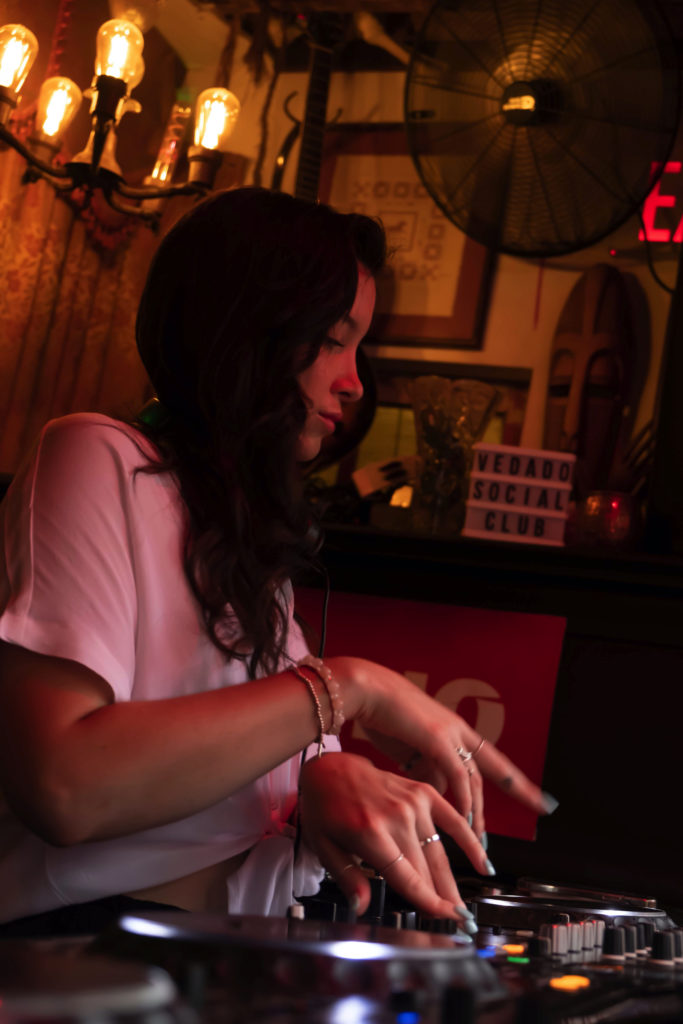 Above: Diossa flows at Boho House.

De Ferran went on a scouting trip to Greece in July, and then a few weeks later the two of them headed to Capri, Italy, for a round of gigs in the beach discos. The list of places they’ve sent members of the collective sounds like a bucket list of vacation destinations: St-Tropez, London, Aspen, and Miami. 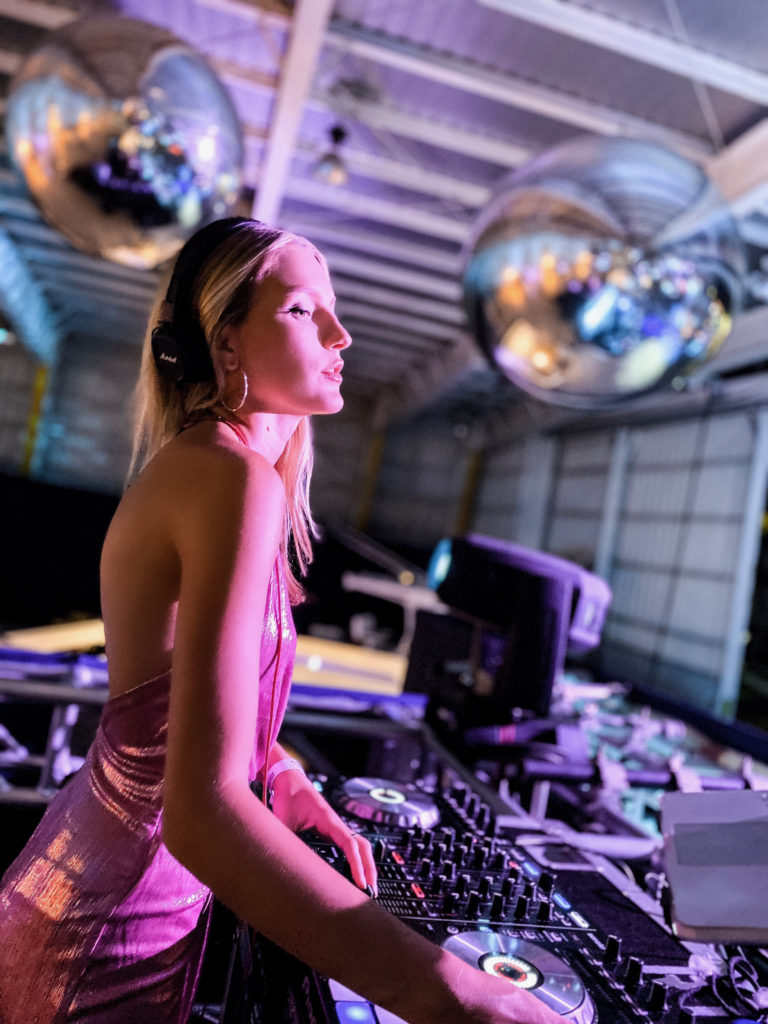 De Ferran, also known as DJ ADF, began DJing as a student at the University of Miami and went on to make her own music, too, landing a No. 1 hit in Brazil.

They get to work where they most want to be, de Ferran says. But more importantly, they’re also part of what she says has been a gradual change for DJs, with venues and corporate clients more willing to book female DJs, fans who are more respectful, and signs that a level playing field may be near. “I’ve seen the change,” de Ferran says, “and it’s all for the positive.”