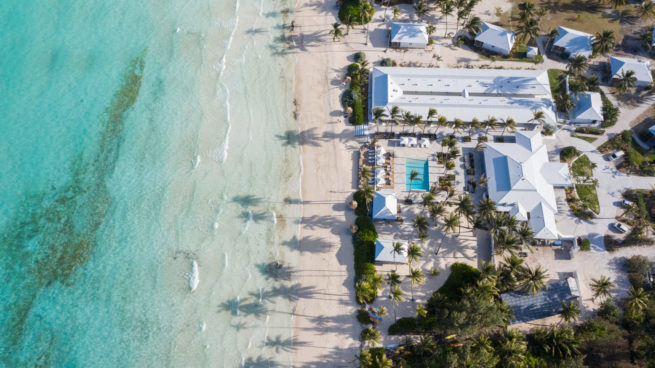 While boating around the Bahamas in summer 2017 with their four kids, Canadian HGTV power couple and renovation experts Bryan and Sarah Baeumler decided to make a stop at South Andros, one of three areas that make up Andros, the largest of the Bahamas’ 700 islands. “I guess you can say it was a happy accident,” Sarah says. “We had heard about this massive, underpopulated island with a mysterious past, and naturally we were intrigued.” 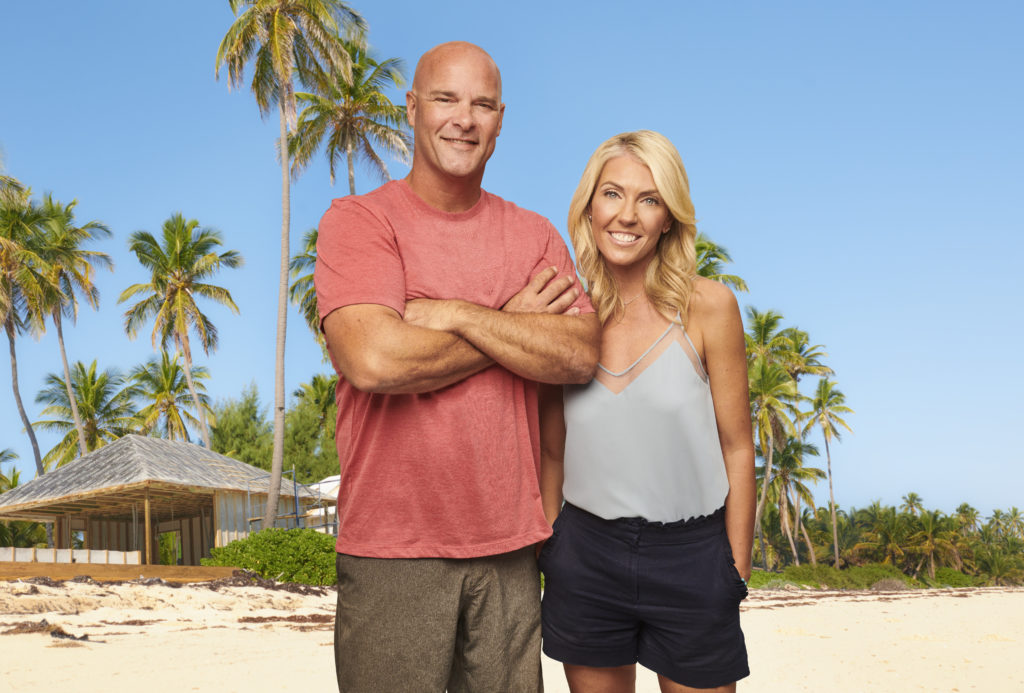 HGTV Canada stars Bryan and Sarah Baeumler immediately fell in love with South Andros, trading snow for sea breeze when they moved their family to the island to tackle their resort renovation.

Pirates settled on Andros—nicknamed the “sleeping giant”—in the 18th century to prey on passing ships cruising between Cuba and Florida. The island later housed cotton plantations and became a place where freed slaves journeyed in the 19th century. South Andros was initially intended to be the home of the prime minister of the Bahamas, so its infrastructure—such as a paved main road, electricity and the water supply—is in better condition than that of neighboring islands. Yet, South Andros is one of the country’s least inhabited spots and development has been minimal, apart from a dilapidated resort from the 1960s called Emerald Palms, which was abandoned for more than a decade. “It was incredibly rundown, but its location was one-in-a-million—on 10 acres of powder-white sand beaches without a person in sight—and it was a pretty instantaneous decision,” Sarah says. “People said we were crazy, but we had already fallen in love with the beautiful, untouched nature of South Andros and the warm, friendly locals. We wanted to create a place where people could come and experience a different kind of Bahamas.”

The couple purchased the property, uprooted their four kids from Canada and moved to the remote island to restore the beach resort and transform it into South Andros’ first luxury resort, Caerula Mar Club. The resort’s name is a nod to the surrounding deep blue sea and the Baeumlers’ passion for the water, since they usually take family trips via boat. They chronicled the two-year construction process on an HGTV reality series called “Renovation Island,” which debuted in the U.S. in 2020. “To say we’ve poured our hearts into this project is an understatement,” Sarah says. “Moving our family to the island was the biggest risk and reward, and having our kids with us every step of the way made creating Caerula Mar even more special.” 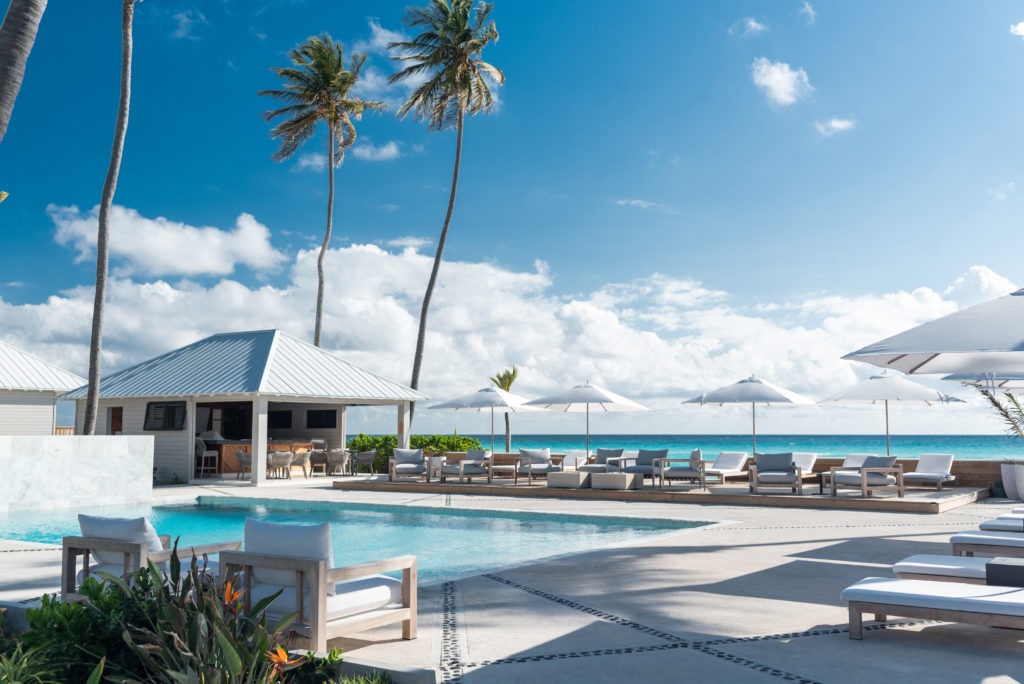 Caerula Mar provides an idyllic backdrop for guests to reconnect and relax, from sipping cocktails poolside to sailing or snorkeling. 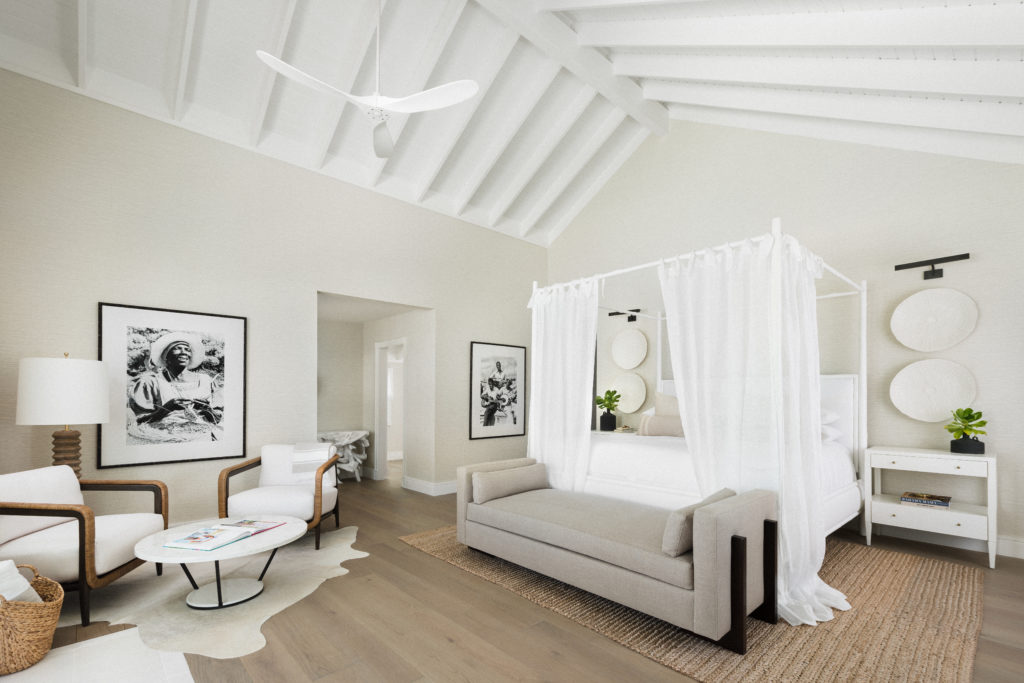 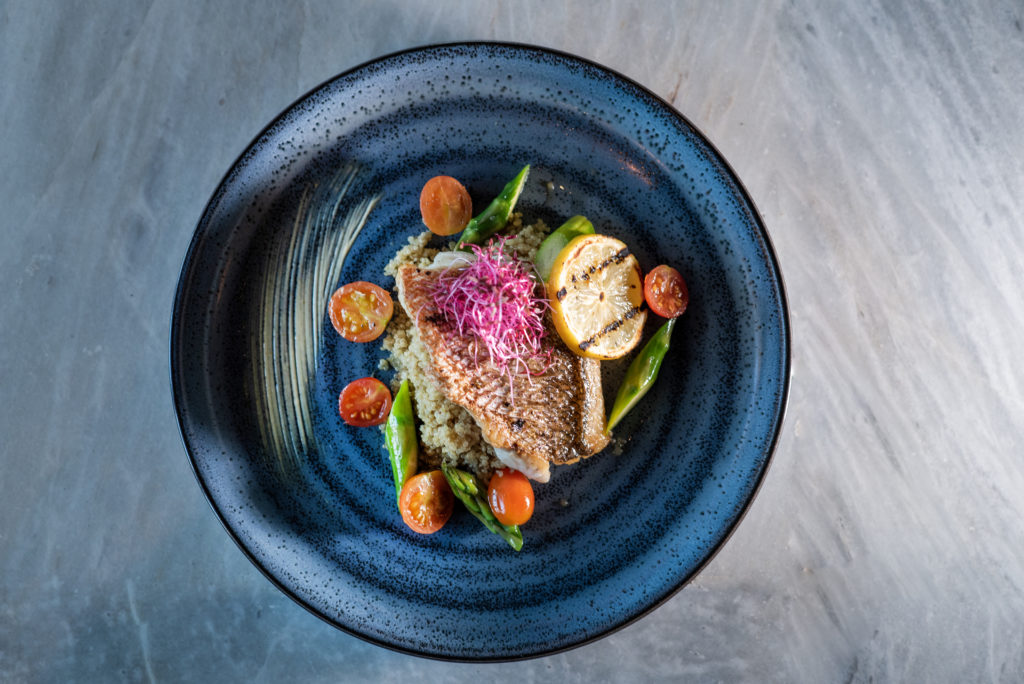 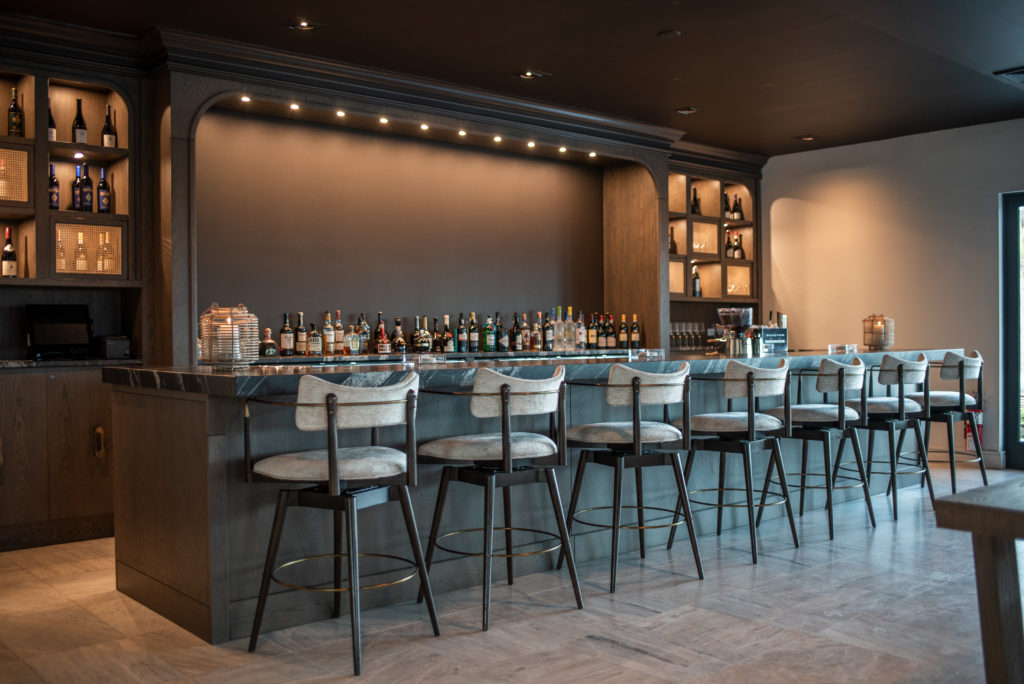 The epitome of barefoot luxury, the resort was designed to showcase the island’s natural beauty. “I opted for a warm aesthetic with touches like crisp white linens, understated furnishings and fixtures that evoke elements of life on the water,” Sarah says. 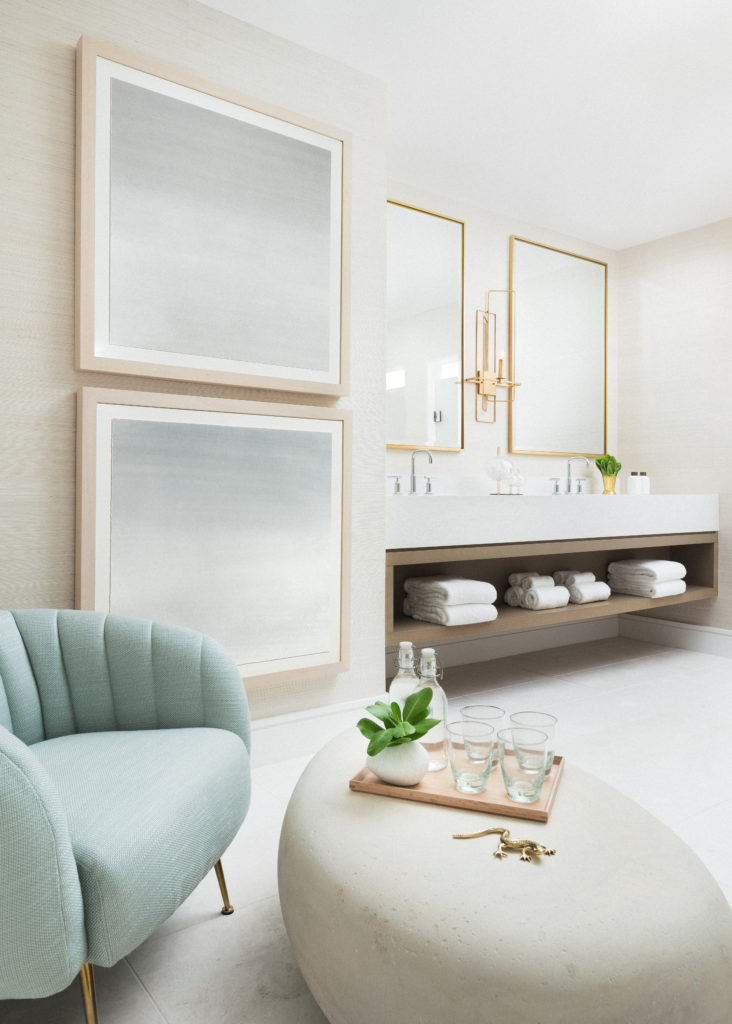 South Andros encompasses small settlements strung along the eastern coast of the island that are connected by the main and only road, The Queen’s Highway. More than 90 miles of beach line one side of the island, while limestone and mangrove forests flank the other. Off the eastern coast of the island lies one of the world’s largest barrier reefs, the 190-mile-long Andros Barrier Reef, which, when coupled with the world’s largest collection of inland and ocean blue hole underwater caves, make this spot a dream for diving and snorkeling—as well as bonefishing. And despite being a remote area as one of the Out Islands, South Andros has its own international customs office, so there’s no need to stop in Nassau. Charter airline Makers Air flies nonstop daily from Fort Lauderdale Executive Airport on flights to Congo Town Airport that take just over an hour.

The Baeumlers own a construction company in Canada (Bryan is a contractor) and have been working with HGTV Canada on renovation projects since 2006, but construction in a tropical locale posed different problems. “Big challenges reap big rewards, and that’s certainly been the case with Caerula Mar,” says Sarah, adding that since it was their first hotel project, there was a lot to learn. “In the beginning, it was figuring out the logistics of importing materials into such a remote location. There was a time we waited weeks for tile to come in, and it ended up being the wrong tile; we had no choice but to work with it.”

The unpredictable tropical weather also affected plans more than once, and the family went well over budget (the remodel was slated to cost $4 million and ended up running more than $10 million). And when Caerula Mar—the island’s first new hotel in nearly 20 years—finally opened in February 2020, the family shut the resort just one month later when the pandemic struck. “Having to close our property and living on the island with our family was surreal,” Sarah says. “Our community was suffering, and we definitely felt that. The silver lining was the time we were able to spend together and really see the lengths everyone in the community goes through to help one another.”

Located along South Andros’ eastern shore, the result of the Baeumler family’s hard work is the definition of barefoot luxury: six private villas crafted from sustainable, natural materials feature breezy outdoor patios unfolding along the sand, while 18 clubhouse suites are housed in the original resort structure, which now has a modern, minimalist feel—almost like a mini-Hamptons in the Caribbean. Argentine-born executive chef Sebastian Perez incorporates farm- and sea-to-table dining accentuated by local Caribbean ingredients at the resort’s three eateries, the pièce de résistance being the fine dining restaurant Lusca, named after the mythical half-shark, half-octopus creature said to be swimming in the surrounding waters. The menu changes nightly and the chef mixes gourmet ingredients with those found on the island for dishes like red curry conch soup and haute versions of pizza (think smoked salmon and truffle), which are baked in the newly built outdoor brick oven (a pandemic addition). Perez is also growing an organic garden and working with the community, teaching agricultural workshops to local high schoolers.

In addition to supporting local tour operators, farmers and fishermen, the Baeumler family has worked with the community to build hurricane shelters, host beach cleanups and employ locals from South Andros.

“Bringing a luxury resort product to South Andros has facilitated tourism in a way that’s created a ripple effect,” Sarah says. “And seeing everyone immediately relax once they get to our little remote paradise is worth every challenge we’ve endured to get to where we are now; everyone is part of the family when they’re at Caerula Mar.”