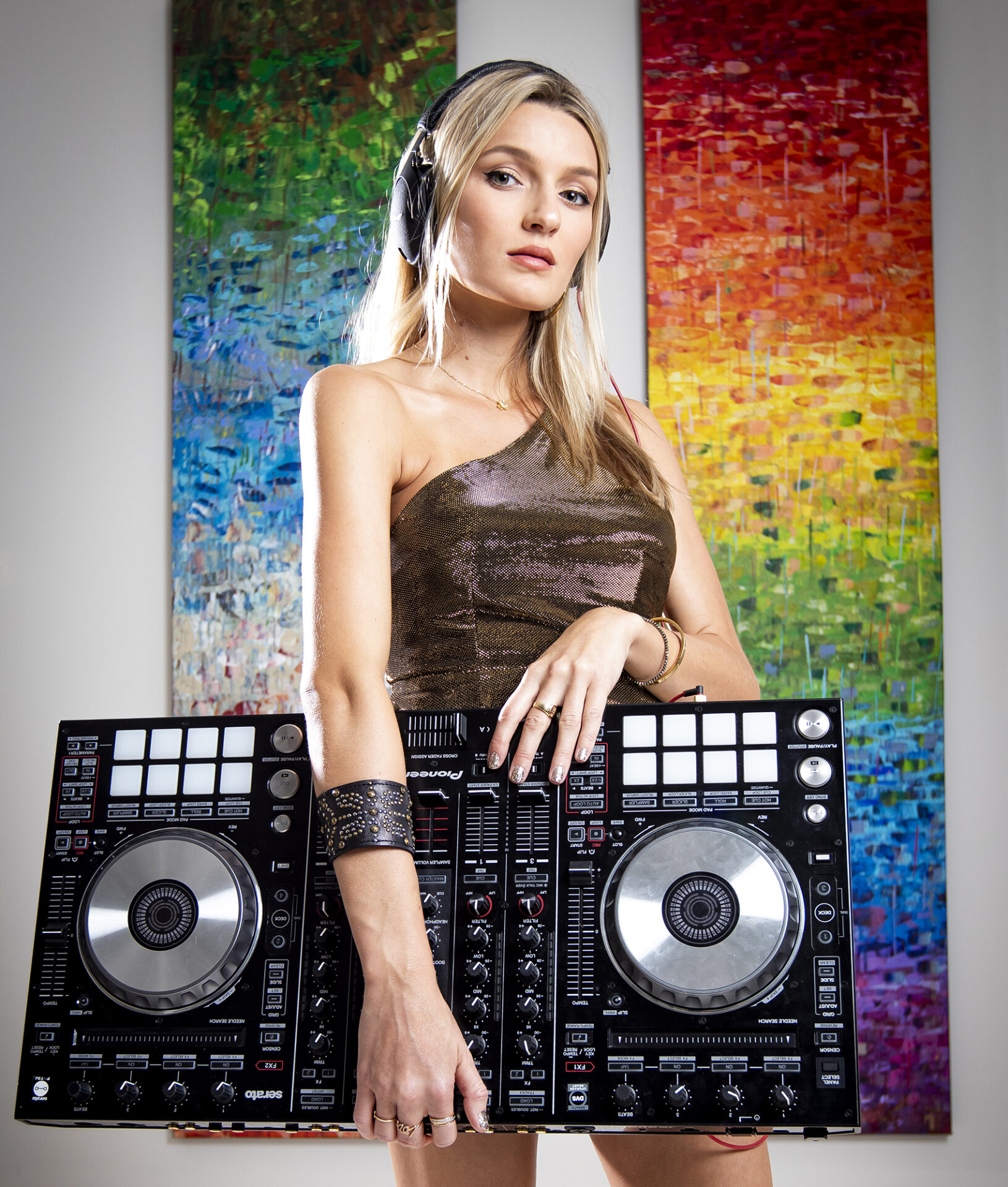 Musician Anna de Ferran fell for the pulsating beat of electronic music in a rather unexpected location: at boarding school in England. A decade later, de Ferran, 24, is now an emerging force in electronic music under her stage name, ADF. She finds inspiration in various corners, from the sultry sounds of Norah Jones to the anthemic  beats of A$AP Rocky, while also letting new electronic sounds drive her songs.

She may be a product of her environment. De Ferran grew up around South Florida’s music scene after her father, Gil—the famed race car driver and 2003 Indianapolis 500 winner—moved the family to Fort Lauderdale when she was 1 year old. While studying at the University of Miami, de Ferran took a spin at a career in songwriting but says something didn’t feel quite right.

“What frustrated me most about songwriting was the performance side, which electronic music and DJing has satisfied,” she says. “DJing makes it easier for me to play live. I love connecting with people and seeing how they react to what I’m playing. It gives me so much energy to continue writing and growing as an artist.”

De Ferran broke into the electronic music scene nearly four years ago when her track “Truth or Dare,” produced with popular Brazilian group Make U Sweat, became No. 1 on the iTunes electronic music charts in Brazil. Now she’s a regular at venues across Harbor Beach, Fort Lauderdale Beach and the Las Olas Isles—though she also performs internationally nearly 200 days out of the year.

She recently returned from a European tour and is planning to perform in Brazil in November before returning to South Florida to start her next project. “My winter is going to be filled with mostly writing for my new album,” de Ferran says. “The sound is back to my roots in music, which I think will surprise people.”

For this venture, De Ferran will blend her two talents into a new electronic sound: writing the vocal melodies and then collaborating with producers. “I started as a singer-songwriter, and that’s where I am returning to on this album,” she says.

But don’t worry—you can still catch de Ferran DJing beachside over next few months and maybe even hear a preview of new tracks.