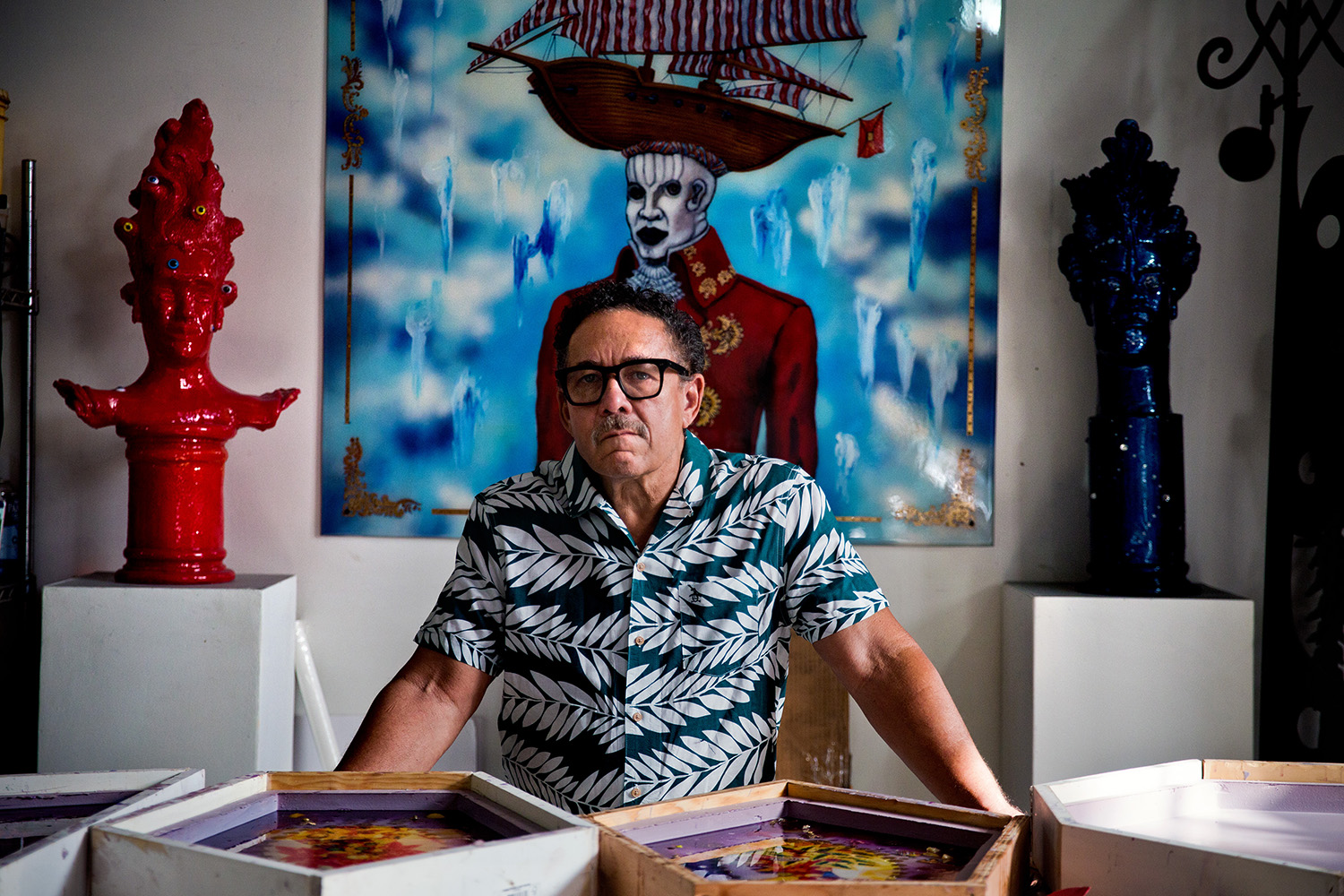 “There’s no Little Haiti in New York or anywhere else I can think of,” says Haitian-born, Miami-based artist Edouard Duval-Carrié. “It’s a cultural dialogue that I’ve really appreciated over the years and that I nurture and really pursue more than in any other city.”

The 62-year-old is known for mixed media works that combine bold color and magical realism with references to folk art, nature, politics and Voodoo (known in Haiti as Vodou), but Duval-Carrié’s new solo exhibition, “Metamorphosis”—which runs until November at the Museum of Contemporary Art, North Miami—will feature entirely new work. Curated by Brown University Africana studies professor B. Anthony Bogues, the exhibit will feature everything from paintings and resin sculptures to engravings and more.

“My studio is more like a kitchen than anything else,” Duval-Carrié says. “I’m always trying new things.”

All the works revolve around his ongoing interest in Haiti’s history and culture, especially as it relates to the Caribbean diaspora. Duval-Carrié is from the countryside just outside of Port-au-Prince and was exposed to art as a child through books his parents gave him and classes he took at the nearby Le Centre d’Art. It was at Le Centre d’Art that Duval-Carrié became entranced by the way local artists produced vibrant works with minimal materials. Though he was just a child at the time—his family moved from Haiti to Puerto Rico when he was 9, fleeing the infamous Duvalier regime—the work he saw taught him the roots of being an artist. He realized that there was, as he says, something greater at stake than just producing and selling work—that art was a way to represent one’s culture.

Duval-Carrié continued to study art as a young adult, first at the University of Loyola Montreal in Quebec. Then, after establishing himself as an artist, he was invited to study at Ecole Nationale Superieure des Beaux Arts in Paris. But he found the environment was not as receptive to his work as he would have liked.

“There’s a long, long history of Haitians being there,” he says. “We’re not as present over there as we are here. That’s part of what caused me to move here. There was a movement going on, and I thought maybe I could participate or find ways to include my work in that kind of vision.” 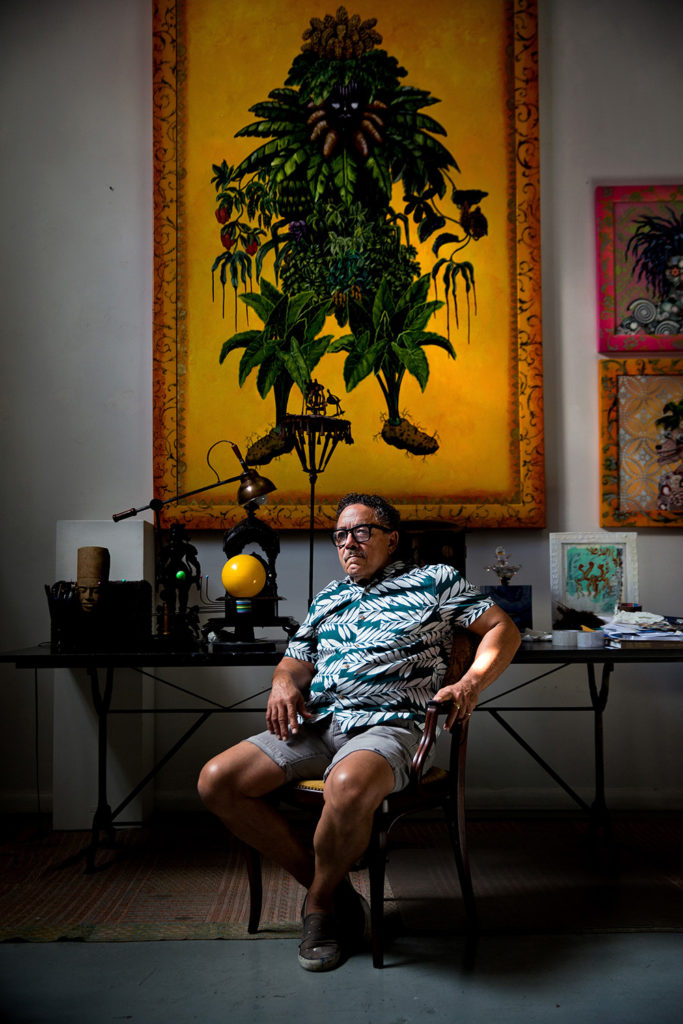 His intuition was correct. Shortly after moving to Miami, he was picked up first by Gutierrez Fine Arts and then the Bernice Steinbaum Gallery. He is now represented by Pan American Art Projects, and his work has appeared in museums such as the Pérez Art Museum Miami and the NSU Art Museum, where his lushly colored, mixed media and plexiglass installation The Indigo Room or Is Memory Water Soluble has been on view since 2014. Internationally, his art has appeared in the Grand Palais and the Musée national des Arts d’Afrique et d’Océanie in France and the Musée du Panthéon National Haïtien in Haiti.

In the last two decades, Duval-Carrié has also been a big part of expanding the cultural presence of Haitian and Caribbean communities in South Florida. In 1994, he founded the Haitian Cultural Arts Alliance to promote and preserve Haitian and Afro-Caribbean culture in Miami. He was also involved with the development of Miami’s French Heritage Language Program, whose goal is to help Haitian youth maintain a connection to their culture and language after they immigrate to the United States.

Since 2009, Duval-Carrié has hosted “The Global Caribbean” exhibition at the Little Haiti Cultural Complex during Art Basel Miami Beach to promote Caribbean artists specifically as their work relates to South Florida.

“If you give me the possibility to be inclusive, which I like to be, and to present these artists in this new arena of South Florida, I will do it until I drop dead,” he says with a laugh. In recognition of his efforts to promote Haitian and Caribbean artists, France awarded him the medal of Chevalier of the Order of Arts and Letters in 2016.

“We have to admit that South Florida has to be one of the most exciting places in the country right now because of all these stories,” Duval-Carrié says. “There is a defiance by all of the populations that are here to make it a great home.”