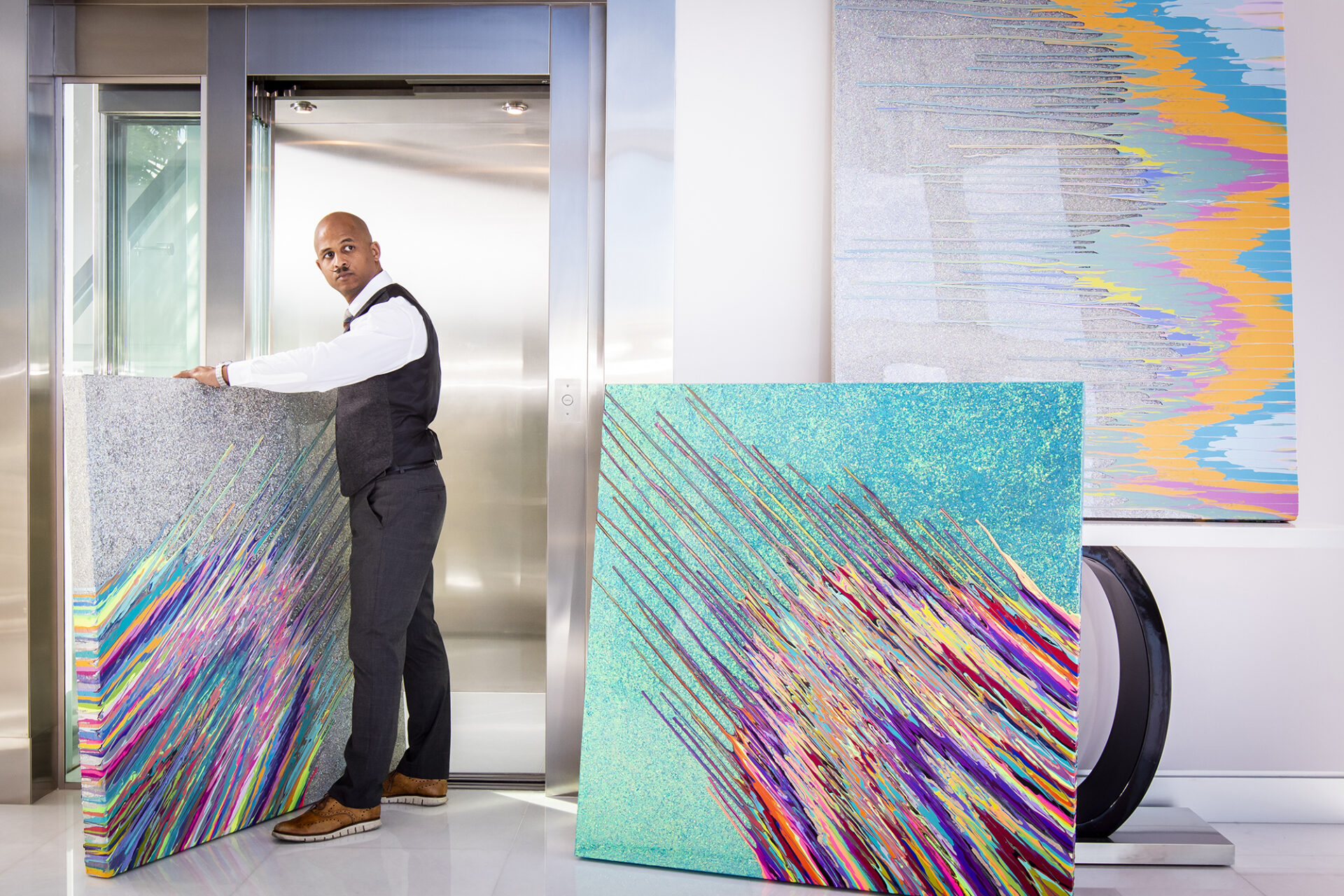 Andrew Martineau is something of a jack-of-all-trades. From graphic designer to retail marketer to consultant to event planner, he wears many hats, but each project that bears Martineau’s mark has a similar focus: to build, support or promote Fort Lauderdale’s fledgling arts and cultural scene.

“I guess you could say I’m a little Renaissance-ish,” Martineau says as he pauses to take a sip of his cold brew. Clad in jeans and a T-shirt and accompanied by his MacBook Pro and Beats by Dre headphones, Martineau looks the part of creative entrepreneur from his perch at a table at Wells Coffee Co. in the colorful MASS District in downtown Fort Lauderdale.

“I have an affinity for anything creative, whether it’s food, film, music or fashion,” the 42-year-old says. “We are connecting these touch points to grow the arts and cultural community in Fort Lauderdale.”

Distinguished by his Dalí-esque mustache and sweeping smile, Martineau has quickly become a recognizable fixture in the local arts scene, whether through his involvement in the Broward Alliance (now the Greater Fort Lauderdale Alliance), the Arts & Culture Council or the FemAle Brew Fest, which he organized with his wife, Frances. Through his company, UniteUs Group, Martineau and business partner Evan Snow focus on fostering connections and relationships within the cultural community.

“There’s a huge need to create an arts environment for every aspect of the city economically,” Martineau says. “We have great relationships with people who don’t necessarily communicate with each other, and we can maneuver past the protocols and red tape that entities may have.”

Martineau, who also serves as the vice chair of the Greater Fort Lauderdale Chamber of Commerce’s Small Business Committee, says his role revolves around establishing partnerships with businesses, while Snow navigates the day-to-day conversations with creatives. These relationships have inspired two events poised to change the face of the local cultural scene: Art Fort Lauderdale and Fort Lauderdale Art & Design Week.

Art Fort Lauderdale, Martineau says, was an idea born in part out of frustration with Miami’s annual Art Basel experience, from the traffic to the $25 parking. “If you’re involved in the arts, you have to be there,” he says, “but the experience is not at all relaxing.”

When Martineau began leveraging the experience and relationships he created over the years—his longtime relationship with the Greater Fort Lauderdale Convention & Visitors Bureau, experience promoting the monthly ArtWalks and murals by graffiti artists in FATVillage’s early days, years spent running high-end events at shopping centers and other entertainment venues, and conversations with local advertising agencies desperate to attract and retain talent rivaling that of New York, Chicago and San Francisco—the concept for Art Fort Lauderdale began to take shape.

“Evan reminded me of myself 10 years earlier,” Martineau says. “I had gotten burnt out from doing all of these things, but he reignited the fire. We wanted to slow the art experience down, embrace the assets of the city and create an environment where the art is properly showcased to a customer base that buys luxury artwork.” 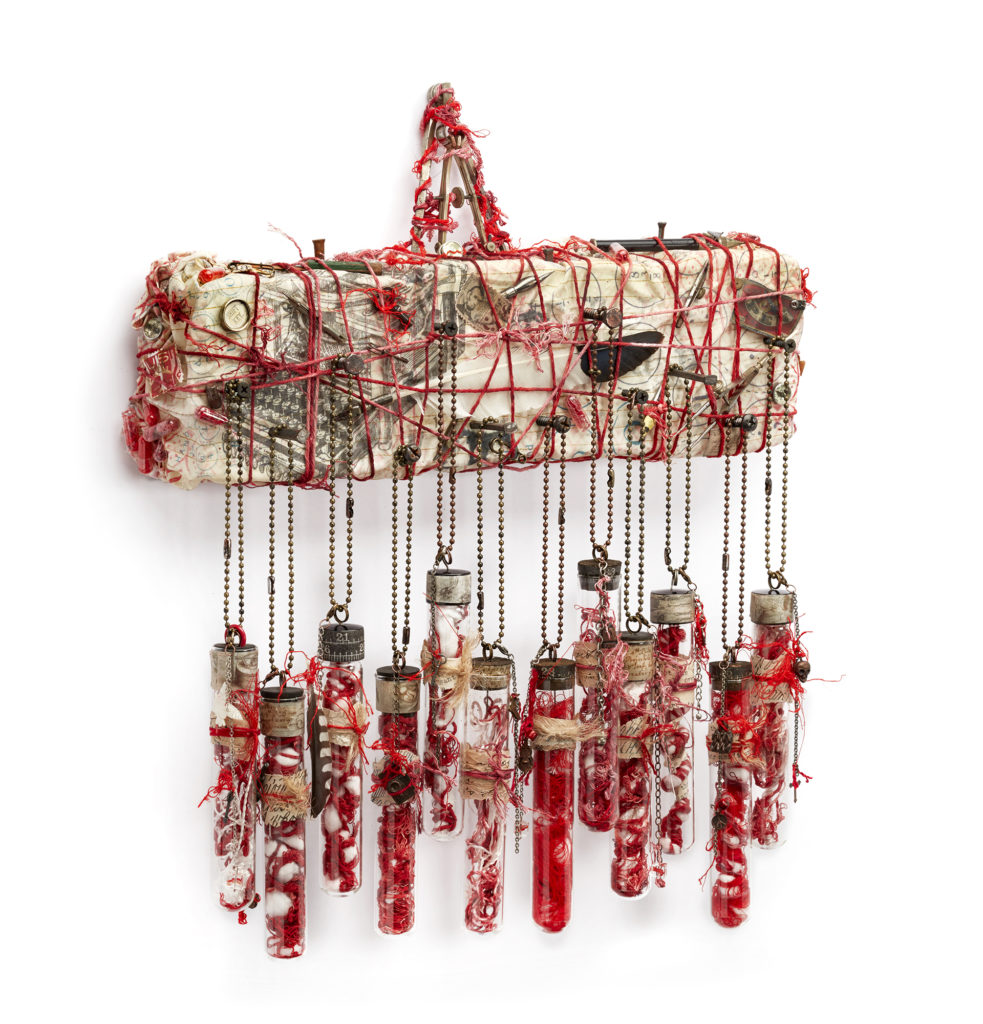 Sonya Sanchez Arias’ sculpture The Experiment, 2018, will be on view at the upcoming Art Fort Lauderdale.

Art Fort Lauderdale, taking place January 24-27, is a four-day, on-the-water experience that transports attendees via water taxi from one luxury waterfront home to the next to view carefully curated—and oftentimes interactive—art, then converse with the artist before moving to the next venue. The homes that showcase the art are also for sale, which creates unique opportunities for the visitor, owner, artist and real estate agent.

“Now a customer can park at Pier Sixty-Six for $5, jump on the water taxi and enjoy art and waterfront homes that perhaps they’ve always wanted to tour,” Martineau says. “From house to house you may make new friends—it’s a social experience you don’t get elsewhere. Both the consumer and the artist are in a much more relaxed state.

“We were able to create something that we can own as a city and that can’t easily be duplicated elsewhere. And it comes at a time when the city is growing exponentially with people looking for unique cultural experiences.”

A noticeable shift has occurred in the last five years in Fort Lauderdale, says Martineau, who began his career at an advertising agency in Miami and witnessed the growth of the city’s arts scene and neighborhoods like Wynwood. The emergence of artistic and cultural neighborhoods in Fort Lauderdale like FATVillage and the MASS District that has attracted craft breweries, hip coffee houses and creative thinkers have brought an influx of people relocating from larger cities, making the city ripe for events like the ones created by the UniteUs Group.

Martineau, who says he left a comfortable, salaried job to pursue this “passion project,” notes that the most rewarding aspect for him has been watching the growth of creative mom and pop businesses and local artists.

“I’d been waiting for these things to happen, and then I just decided to do it,” says Martineau, who admits he’s happily invested much of his own money to produce the Art Fort Lauderdale event. “I felt like if it wasn’t me, then who? I realized I couldn’t afford to wait if I wanted to be in an engaging cultural community.”

To Serve and Honor

His Place in the Sun