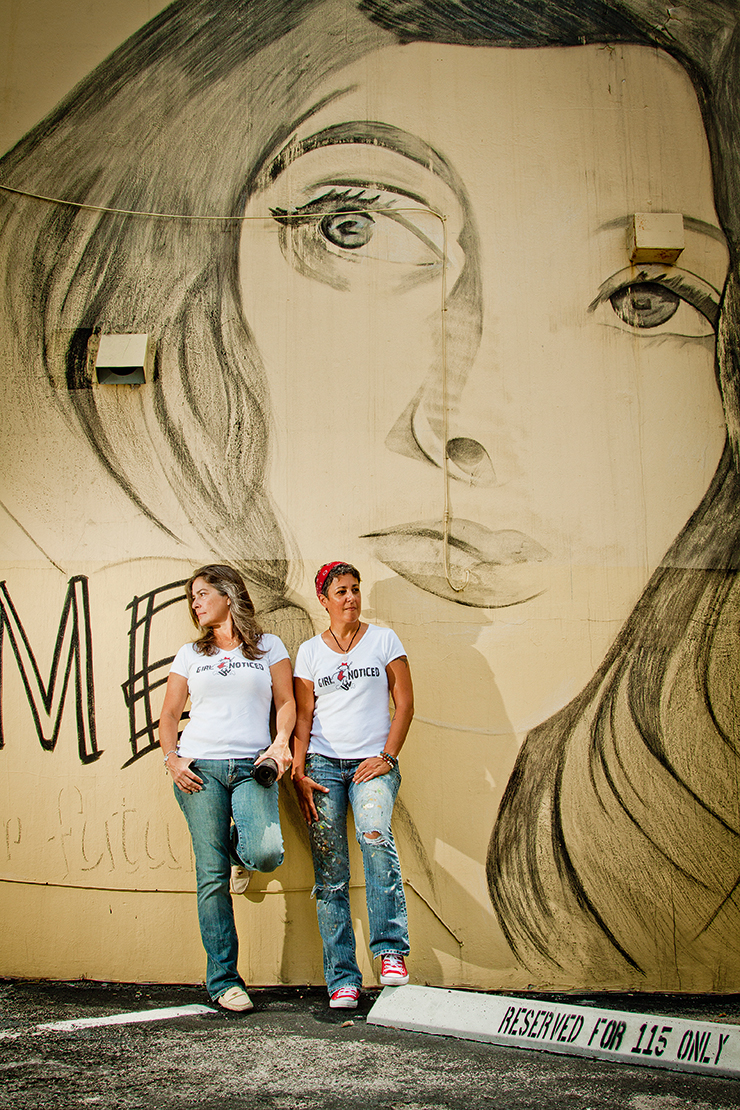 On the whitewashed wall outside of Beachside Montessori Village in Hollywood is a mural of a young girl sitting cross-legged, http://crewchiefpro.com/wp-content/themes/genesis/lib/functions/toolbar.php http://dentistryatthepark.com/wp-admin/includes/translation-install.php looking down at a sign in her hands that reads, http://chmfire.ca/scripts/language/norwegian-iso-8859-1.php “I have great ideas that will make the world a better place.”

The image is of a real girl, Emma, who submitted a video to Girl Noticed, a growing art project that works to highlight the hidden strengths of girls and women everywhere. “She didn’t even speak in her video; she had to write [her thoughts] down on 8-by-10 paper,” says Elizabeth Sanjuan, photographer at Girl Noticed.

Girl Noticed was born in October 2014 after Lori Pratico, the artist who created Emma’s mural, attended a fundraiser that Sanjuan hosted for “Girl Rising,” a documentary about breaking the cycle of poverty for girls around the world. Pratico was inspired to build on it.

“If a girl was given an opportunity at a young age to be noticed, that could change her life,” Pratico says. “A lot of girls, unfortunately, never have that opportunity.”

Pratico approached Sanjuan, who is also the owner of Gallery 2014 in Hollywood, with the idea for Girl Noticed, and Sanjuan was immediately on board. They had a launch party in December, where they introduced the concept to the public. Women and girls submitted videos and wrote to them telling them about times they felt ignored, unnoticed, invisible or unloved. The first mural, of a young woman named Veronica, went up in January.

For Girl Noticed, Pratico takes to walls armed with charcoal and her red bandanna to create unique portraits of them women and girls they have chosen. Because charcoal is not a permanent medium, Sanjuan photographs the pieces for posterity.

While Pratico works on the murals, finishing them in a day, passersby are encouraged to engage with the art piece by writing messages on Post-its and sticking them to the mural. In just a few months, Pratico and Sanjuan have become privy to very personal moments from complete strangers.

“We’ve heard at least a dozen times, ‘This is the first time I’m saying this…’” Pratico recounts. “That in itself is overwhelming and, in a way, shocking. I also take it as a big responsibility because they’re trusting you with their story.”

Pratico’s plan is to complete 50 murals, one in each of the 50 states, by the time she turns 50 in three years. However, so many opportunities have come up in Florida that there are currently five murals in the state. Their first out-of-state mural went up in Ann Arbor, Michigan, in April.

In May, Sanjuan and Pratico were invited to speak to more than 250 preteen and teenage girls at Beachside Montessori Village. The girls, including Emma, told Pratico and Sanjuan what people should notice about them. “Some people say I am shy,” Emma wrote. “I am quiet in class, but my mind is awake.”

Emma was chosen to be the face of the school’s mural. The day Pratico got to work on the mural, she witnessed the girls applauding Emma. There seemed to be a newfound sense of pride in Emma and a growing camaraderie among the girls. After their talk, Sanjuan remembers one of the girls immediately went on social media to share what she had learned from Girl Noticed.

As the project travels across the United States, Sanjuan and Pratico plan to conduct surveys to see how women vary by region—or how similar they are. Plus, they will be collecting all the Post-it notes that are put on the walls. They have feelers out in other states, with local art groups working to get walls approved for Pratico to work her magic.

Girl Noticed is especially important for Pratico and Sanjuan because of their own childhoods. Pratico says she was not encouraged as a child, but remembers the respect she received from a teacher and an aunt that motivated her to believe in herself. Sanjuan remembers her childhood as being difficult, dealing with sexual abuse and being emotionally “buried.” However, a librarian at her elementary school changed her mindset.

“I’ll never forget her because she would sit on the side of the school and just talk. It’s people like her that made the difference,” Sanjuan says. The librarian made Sanjuan think, “Maybe I am valuable; maybe I should struggle and stick it out and overcome all these obstacles, and in the end, it’s going to be great.”

The two artists are hoping to hear from those across the country who know of women and girls who should be featured in the project, which is largely funded through donations and fundraisers, or if anyone knows about available wall space to keep Girl Noticed going. In May, Pratico held a fundraiser at Green Bar & Kitchen for Girl Noticed and the Leukemia & Lymphoma Society, even live-painting a mural of a girl on the restaurant’s stone walls.

“When you take on a project like this, you’re honoring all women. So even though she’s doing one image of one woman in particular, it’s really an homage to all of us,” Sanjuan says of Pratico. “[Pratico has] already touched so many people by doing just a few murals that hopefully when she’s finished with the 50, it’s going to be a movement.”