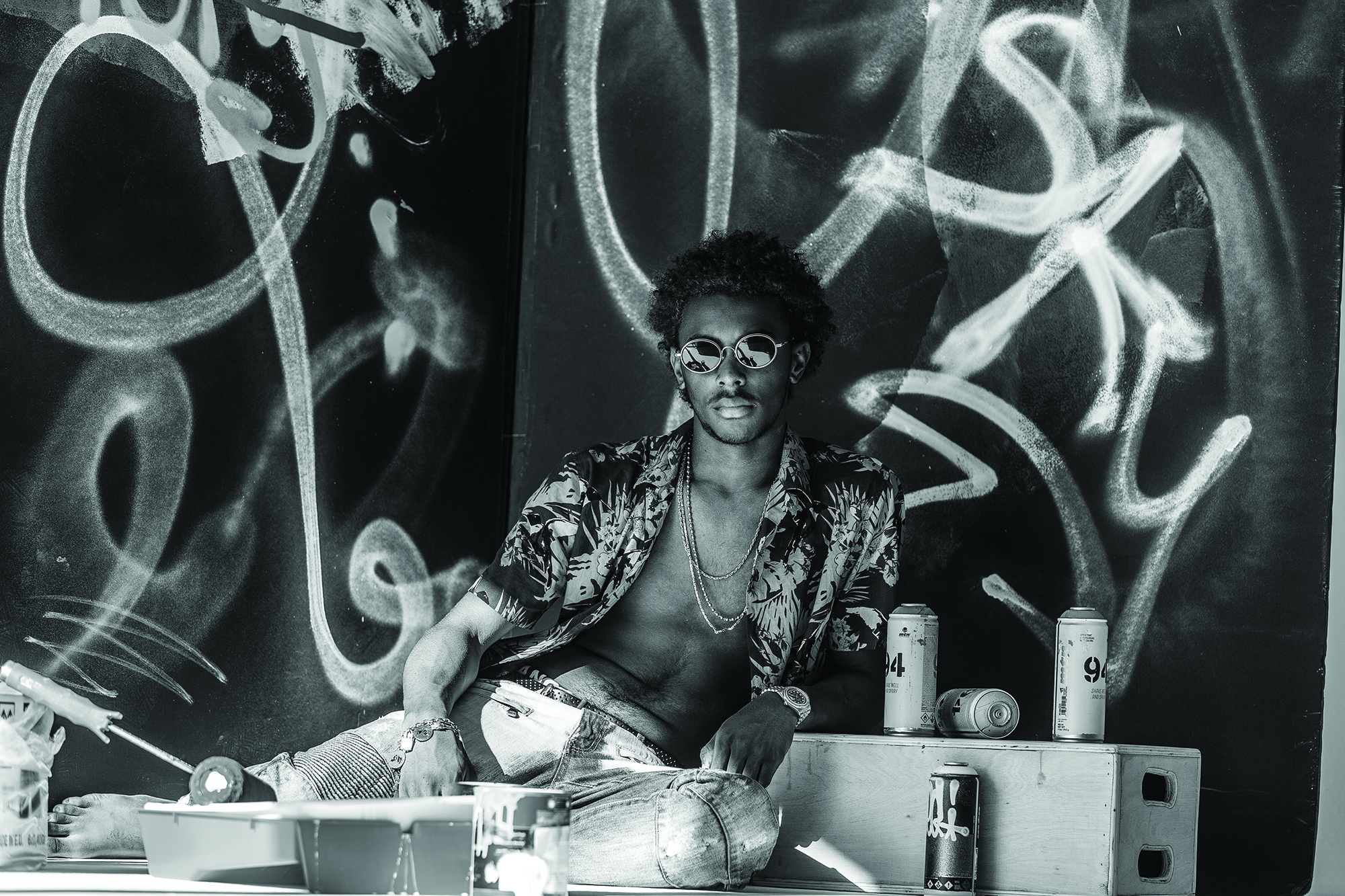 By Nila Do Simon
Portrait by John Jansheski

Skyler Grey’s typical day might include creating contemporary works that will eventually find their way into the hands of stars like Snoop Dogg, Swizz Beatz and The Game. A combination of street and pop artist, Grey has captured the interest of art collectors and celebrities with his eye-catching blending of iconic characters like Mickey Mouse and brand logos such as Louis Vuitton with bold colors and 3D textures.

Life wasn’t always rosy for the young artist. The Los Angeles-based Grey lost his mother at 2 years old and delved into the therapeutic world of art after his father discovered his raw talent. Today, his work has found its place in homes and galleries throughout the world, including at Avant Gallery in Miami and the Coral Springs Museum of Art, which acquired a piece as part of its permanent collection.

We wanted to know: Where does the teenager go from here?

How did losing your mother affect your creative output?
I used to go to therapy, and part of that process was drawing out your emotions. So, from a young age I used art to cope with life’s situations. Her death also showed me that life shouldn’t be taken for granted and that each day I should go after my goals.

When did you know you were good?
I still don’t know I’m good. I was 9-ish when I started. My dad was responsible for developing and harnessing my talent, and then connecting the dots to ensure people knew who I was. He forged the business relationships that ultimately led to a deal with Avant Gallery, which represents me worldwide.

How does it feel to have celebrities and big-name art collectors owning your work?
Everyone who spends their hard-earned money to collect and appreciate my work means a lot to me. There are so many other artists out there whose work people can buy, so for people to specifically set out to purchase a Skyler Grey piece means the world.

What’s the biggest challenge you face as an artist?
My biggest challenge is time. I’m only one person and the scale of my work is getting larger, and it takes longer to create pieces. I have so many ideas, but I have to roll them out over years instead of over a season.

Despite being based in L.A., you have a huge following here in South Florida. What’s it like to have such an omnipotent presence?
My first collector came from Switzerland. With the age of the internet and social media, the world can see you with the push of a button.

Some say you have the rest of your life ahead of you. How do you top what you’ve already achieved?
There’s a whole world I haven’t seen, and the people in those areas haven’t experienced my work in person. I plan on doing major experience exhibitions where visitors are immersed in art. I want to do big museum shows with gigantic pieces and sculptures. My ultimate art goal is to design a boutique hotel in a major city.