This pioneering Craft Beer Festival celebrating women in brewing will feature breweries and a boozy tea from Maryland, Portland, New York, Pittsburgh, Pennsylvania, and several parts of Florida in 2022 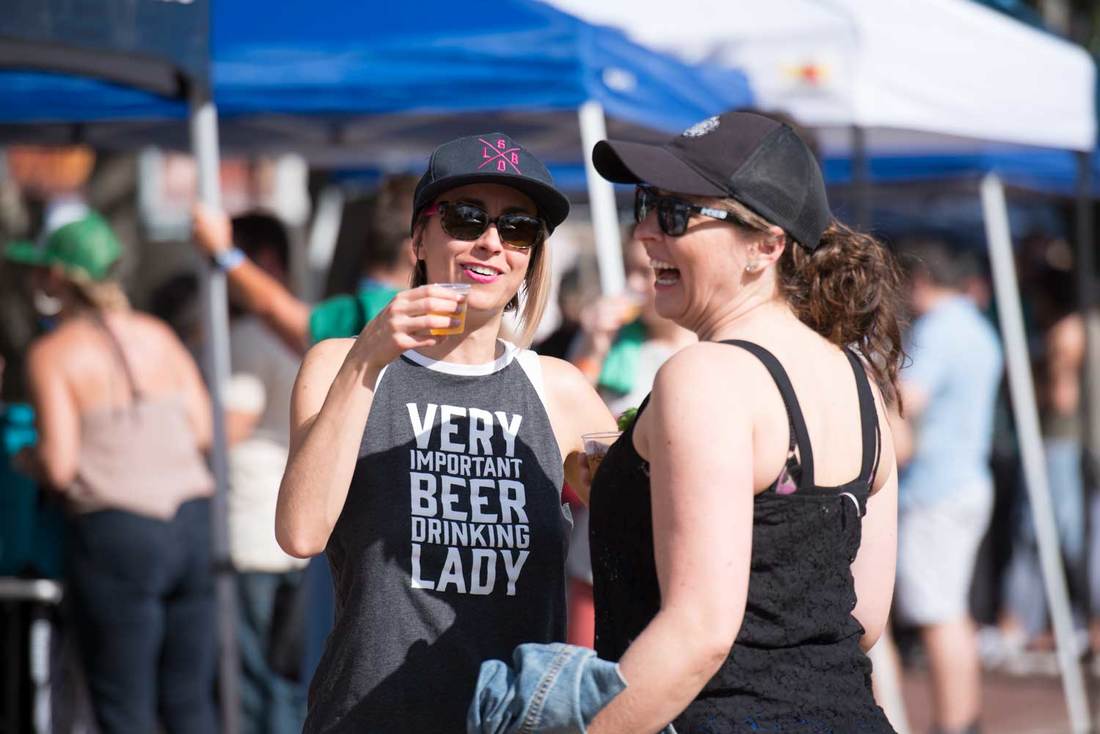 Fort Lauderdale, August 25, 2022 – In 2022 the FemAle Brew fest will feature five out-of-state breweries and a boozy tea and as it enters its sixth year, continues to be one of the largest gatherings of women in brewing at a craft beer festival in the country. It will take place at the 96-room Kimpton Goodland – Fort Lauderdale Beach from 1:00 pm to 5:00 pm against a backdrop of secluded courtyards and a rooftop pool with Intracoastal views.

Since 2017, the festival has made Broward County an annual gathering place for women in brewing, highlighting, and featuring female beer experts and brewers in the beer industry while offering attendees an opportunity to learn about and taste the different types of beers brewed by them. It has also been a place for female beer experts to discuss their challenges and successes and give encouragement to others already in the industry or those interested in getting into brewing.

FemAle Brew Fest will once again be pet-friendly and donate a portion of proceeds to Abandoned Pet Rescue (APR). The Kimpton Goodland is pet-friendly and has no restrictions on types or size, which means pet owners can bring their fur babies with them to join in on the fun.

The festival currently has 34 confirmed breweries and will see the return of its resident Dj LaTrice Perry and other female musicians to be announced. 2022 Festival sponsors include Country Malt Group, University of South Florida – Brewing Arts and Choose954.

“I am so excited to be participating in FemAle Brew Fest this year. It has been something that I have always wanted to participate in as it showcases breweries with female-identifying leaders. Diversity and inclusion are something that is a huge priority to myself and to Necromancer. It is wonderful to be a part of a festival that showcases and highlights diversity, provides a space for everyone to enjoy beer made by women and female-identifying folks, and able to feel welcome.” says Lauren Hughes, Head Brewer, Necromancer Brewing Co.

Tickets are on sale, and interested Breweries, Volunteers, Vendors and Brands interested in activations and Sponsorship are encouraged to reach out to the organizer at info@femalebrewfest.com

The festival will be donating a portion of its proceeds to Abandoned Pet Rescue (APR) – a 501(C)3 IRS tax-exempt, qualified non-profit charitable organization founded in 1996. They rescue and shelter abandoned, abused, and neglected pets, rehabilitates them, and finds them new homes. APR is one of the largest no-kill animal shelters in South Florida and is devoted to the welfare of all animals.

– Organizers will follow all required COVID-19 health & safety guidelines in place at the time of the festival.