GET READY TO ROAR 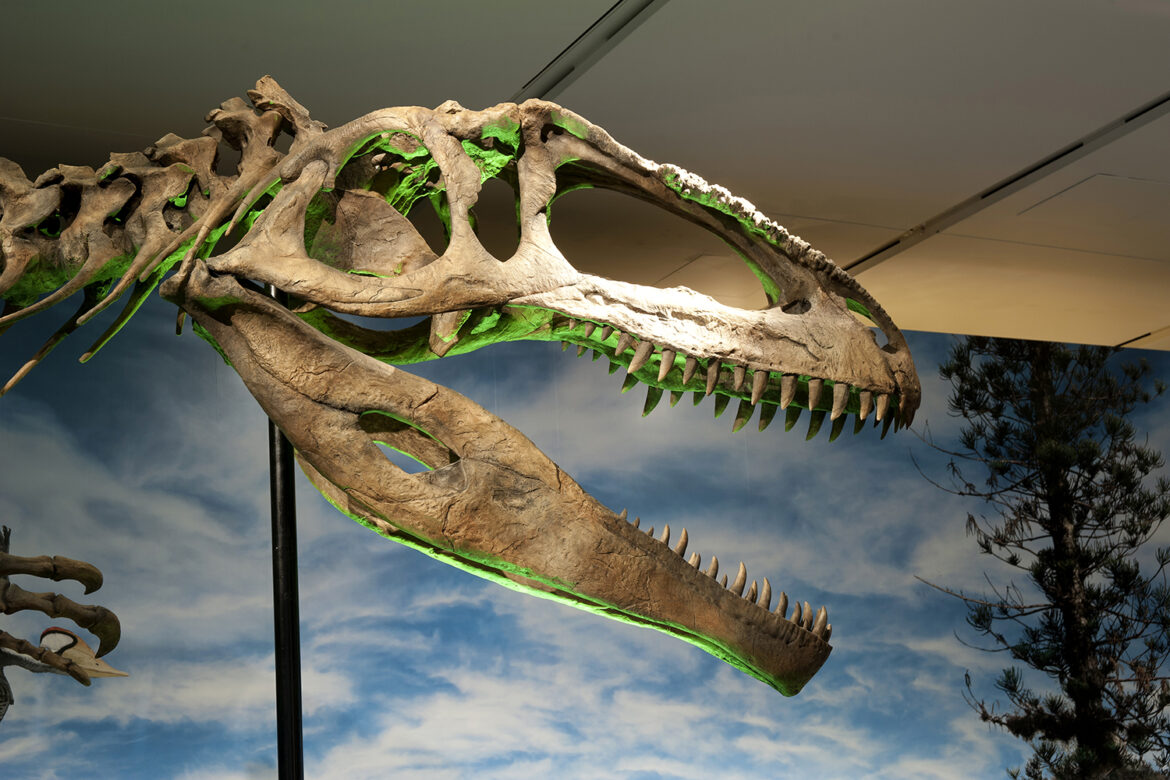 MIAMI, FL – Step into the shoes of a paleontologist and uncover some of the most significant dinosaur discoveries from the Southern Hemisphere over the last two decades in Ultimate Dinosaurs: Meet a New Breed of Beast, a hands-on, interactive special exhibition opening Saturday, October 8, 2022, at the Phillip and Patricia Frost Museum of Science in Downtown Miami. Featuring a new breed of dinosaurs that evolved in isolation in South America, Africa, and Madagascar, this exhibition showcases rarely seen specimens that are brought to life like never before with cutting-edge technology. Visitors will encounter 13 dinosaur casts, in addition to authentic dinosaur fossils, and touchable fossilized dinosaur specimens. The exhibition will be on view through Sunday, April 23, 2023. 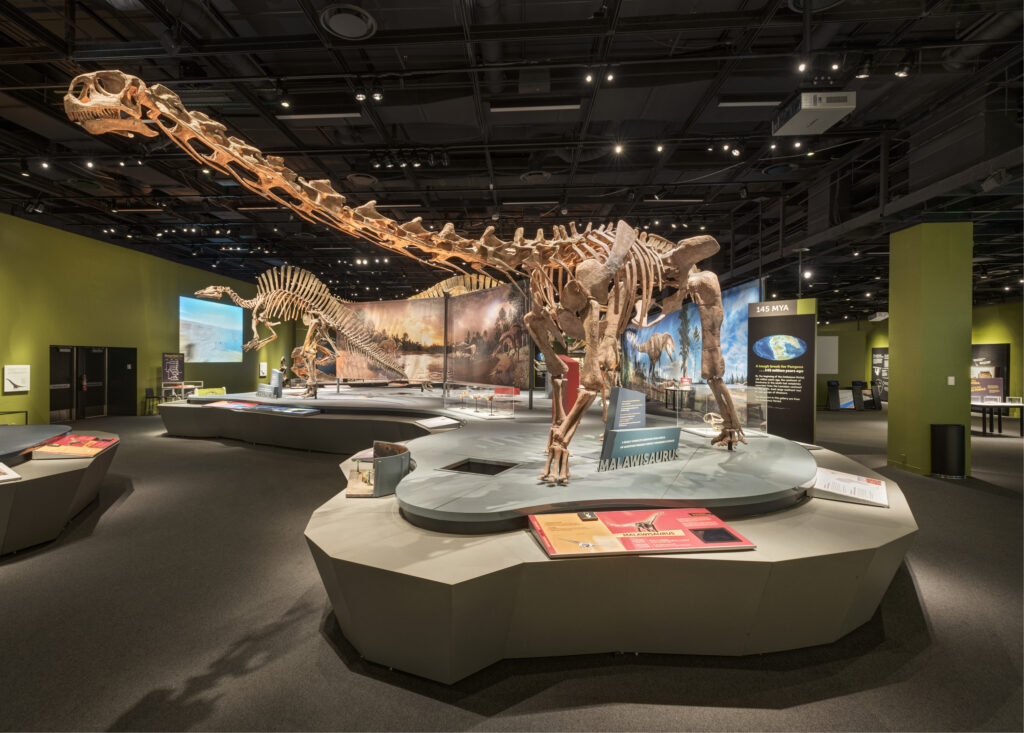 Ultimate Dinosaurs tells the story of the break-up of the supercontinent Pangaea into the continents that we know today and the ways that continental drift affected the evolution of dinosaurs during the Mesozoic Era, 250-65 million years ago. As Pangaea divided first into Laurasia in the north and Gondwana in the south, and later into the many continents we know today, dinosaurs were passengers on these drifting land masses. Visitors to the exhibition will discover that an amazing diversity of species evolved because of this phenomenon. Dinosaurs’ imposed geographic location helped promote their evolution into an incredible array of unusual forms that dominated wherever they lived. The exhibition seeks to answer the question: why are southern dinosaurs so unique and bizarre, and why are they so different from their North American counterparts? 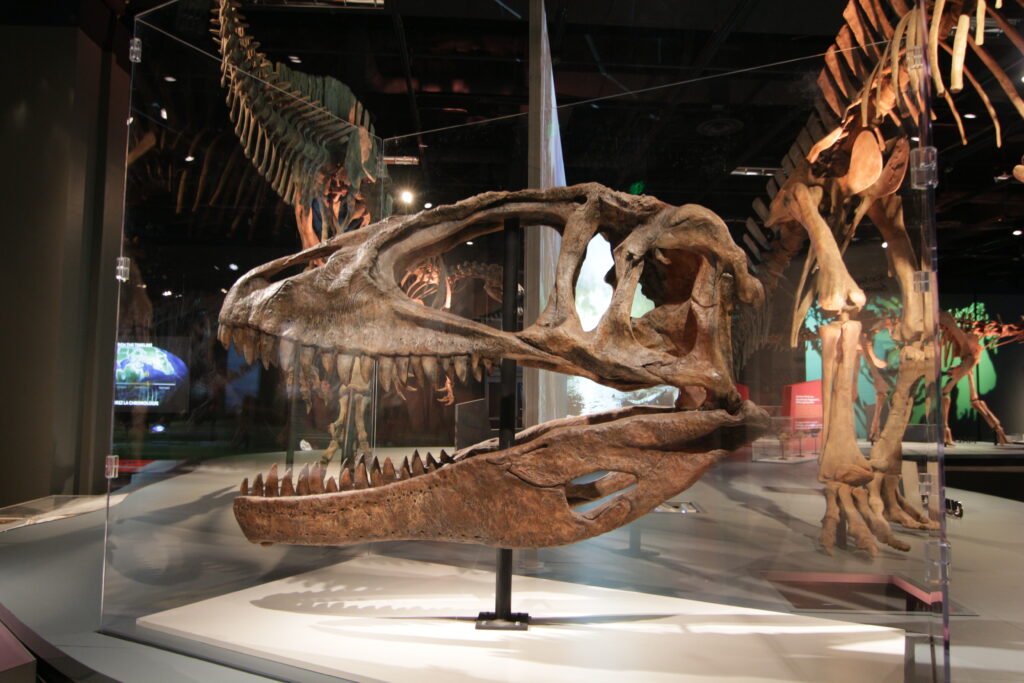 “This exciting exhibition brings to life some of the most unique and bizarre dinosaurs ever discovered and we’re thrilled to be able to showcase them at Frost Science,” says Dr. Cary Woodruff, Curator of Vertebrate Paleontology a Frost Science. “The use of augmented reality, combined with colorful environments and these fantastic specimens will provide a new virtual experience over what you see in front of you. This isn’t your typical dinosaur exhibition!” 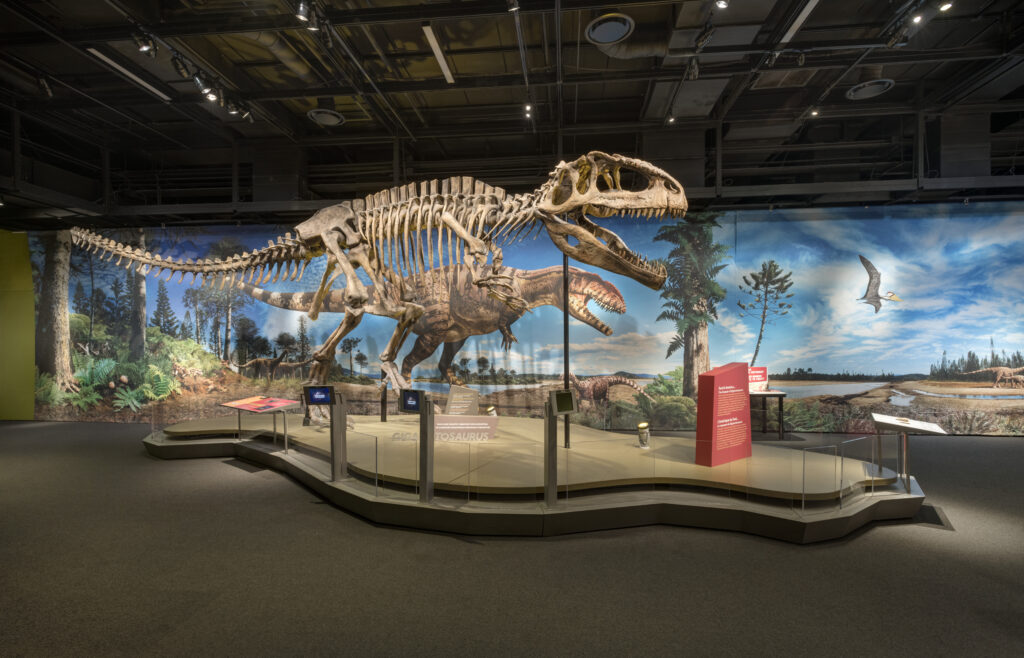 ●      Eoraptor, a bipedal dinosaur that lived about 228 million years ago had two different kinds of teeth – both serrated and flat – indicating that it was an omnivore.

●      Suchomimus, a spinosaur from the Sahara Desert in Niger. This animal was 33 feet long and would have weighed more than 6600 pounds.

●      Majungasaurus, a theropod from Madagascar.

●      Rapetosaurus, a titanosaur named after the mischievous Malagasy folklore giant, Rapeto. As an adult, Rapetosaurus may have been up to 60 feet long.

●      Amargasaurus, an herbivorous sauropod from Argentina, had a distinctive double row of spines on its neck and back. These colored, spine-like sails may have been used to signal other members of its species. 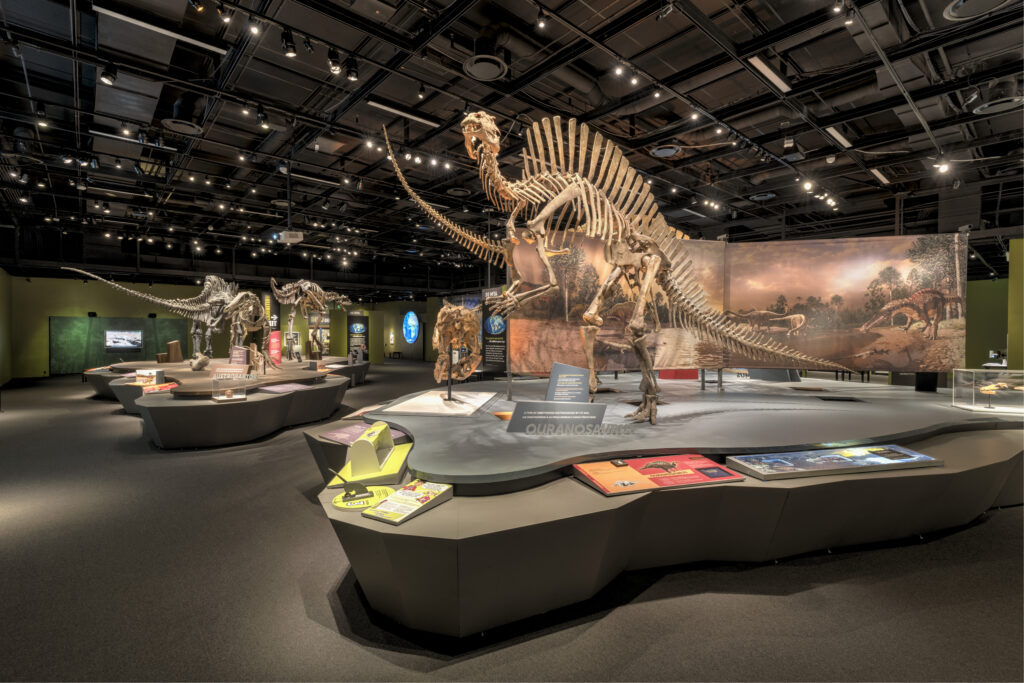 In addition to seeing specimens, learning more about the adaptations that made them unique and using augmented reality technology to make them come to life, visitors to Ultimate Dinosaurs can expect hands-on activities that will help them explore physical characteristics like crests and frills, stride patterns, and more.

Ultimate Dinosaurs: Meet a New Breed of Beast is presented by the Science Museum of Minnesota. The exhibition was created and produced by The Royal Ontario Museum, Toronto.