The 22,000-square-foot station and platform is expected to open for service in December 2022 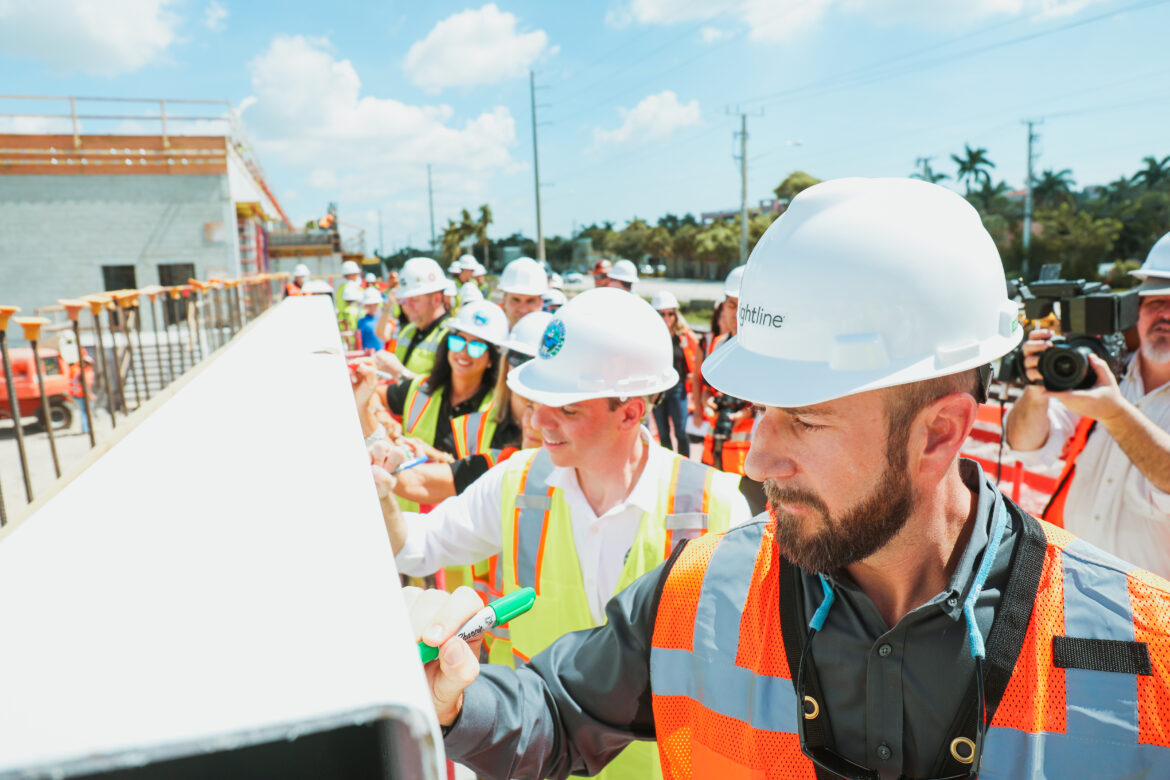 BOCA RATON, Fla. (August 16, 2022) – Today, Brightline, the only provider of modern, eco-friendly, intercity rail in America, along with its contractor Kaufman Lynn, hosted the “topping-off” ceremony for its Boca Raton station and parking garage located at 101 NW 4th Street. Brightline’s president, Patrick Goddard, was joined by Boca Raton Mayor Scott Singer, Kaufman Lynn Construction Senior Vice President Garrett Southern, and city council members. The event signifies a milestone event as the vertical and structural work has been completed and the focus now shifts towards completing the interiors. The Topping Off event will be commemorated with a ceremonial signing of a beam inside the train station.

“Our construction teams are working across South Florida and throughout the state to connect Florida like never before and we can’t wait to connect to Boca,” said Patrick Goddard, president of Brightline. “Boca which has become a hub for technology and innovation, and the new station will allow us to connect visitors and locals to this thriving city with modern, eco-friendly transportation.” 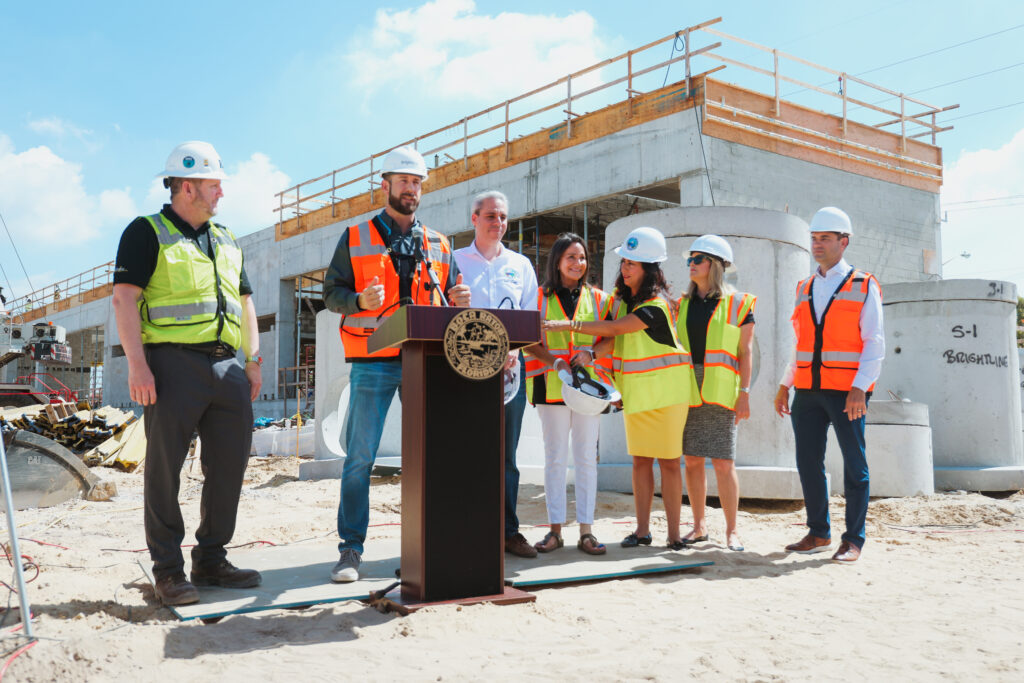 Once completed, the station will be Brightline’s fourth in the state, connecting travelers in Boca Raton to Miami, Fort Lauderdale and West Palm Beach. Brightline’s fifth expansion station in Aventura will also open in 2022 followed by service to Orlando in 2023. Brightline’s expected to launch passenger service to Boca Raton before the end of the year.

Located on a 1.8-acre site across from Mizner Park and adjacent to the downtown library, Brightline’s Boca station will feature 22,000 square feet of space which will include its signature autonomous MRKT and SMART and PREMIUM lounges. The station will provide a quick and seamless experience. Once the traveler exits the station building, they will be immediately greeted by the platform and access level boarding onto the train. A 455-space parking garage will service Brightline’s Boca station and visitors to the library, who will have dedicated, covered, and complimentary spaces on the first floor.

“It’s a game changer for Boca Raton to have a Brightline station in our downtown,” said Mayor Scott Singer. “Our residents and business know how much it means to be a key part of a major transportation network. We’re excited to see the line build out to Orlando and possibly beyond.” 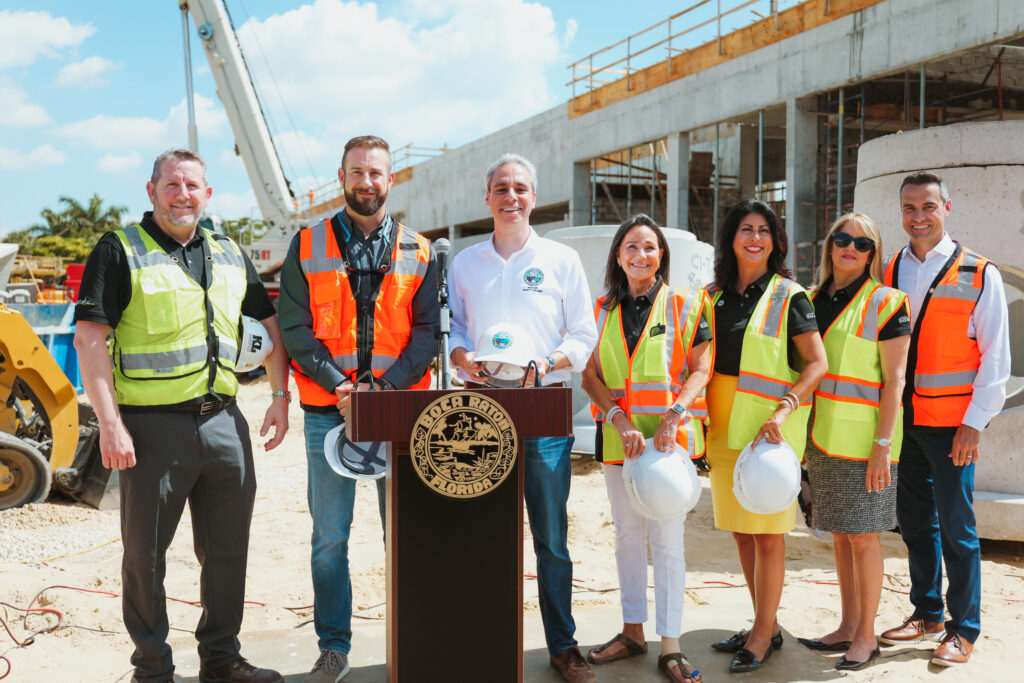 The construction of the Boca Raton station is unique as Brightline is partnering with the City of Boca Raton and the Federal Railroad Administration and received a CRISI grant for $16.4M. Along with this grant, Brightline has an obligation to build Buy America Compliant, which means all the products used for the construction of this station have been manufactured within the United States.

Brightline’s Boca Raton station will provide a major boost to the local economy. Approximately 1.8 million visitors annually by 2025 will use Brightline to visit Boca Raton and are projected to contribute up to $10.9 million annually in local spending.