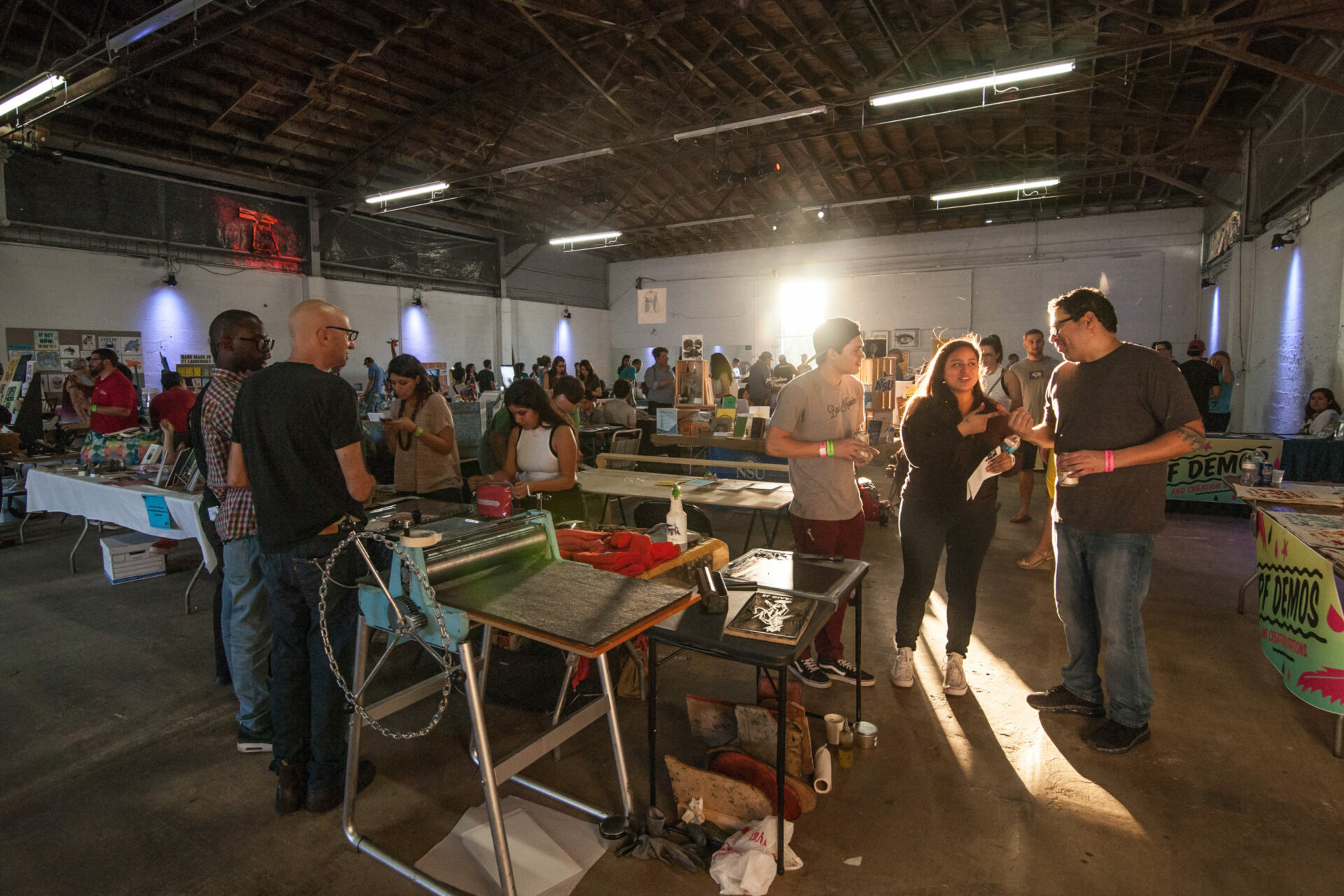 By Nila Do Simon
Photography by Monica McGivern

“How do we cultivate the local art scene?” Ingrid Schindall says. It’s a question she and Sarah Michelle Rupert, co-founders of Small Press Fair Fort Lauderdale, ask themselves constantly. When Schindall, the founder of the printmaking and book arts studio IS Projects, opened her FATVillage space four years ago, the artist found herself immersed in a counterculture filled with street artists and independent craftsmen. Despite the surrounding art, she felt something was missing—so a subculture to the counterculture emerged, with Schindall leading the pack.

“To me, a well-rounded community is one that has a strong print community,” she says. “And the Small Press Fair is here to marry craft and concept.”

Schindall partnered with Rupert, the director of collections at Girls’ Club, to debut the first Small Press Fair in 2016, a showcase of print creations by independent artists, designers, bookmakers, publishers, poets and the like. The one-day event is geared toward makers of small-quantity prints, zines and books, and in particular, those that are limited edition or printed by hand. For the upcoming edition, SPF ’18 on November 10 at the Projects space in FATVillage, visitors can expect to see dozens of vendors and artists, along with live printmaking demonstrations, including steamroller printing on Northwest First Avenue.

“We’re here to give a voice to small businesses and equally small printers,” Rupert says. “There’s something fun about being novel in the art space.” spf-ftl.com 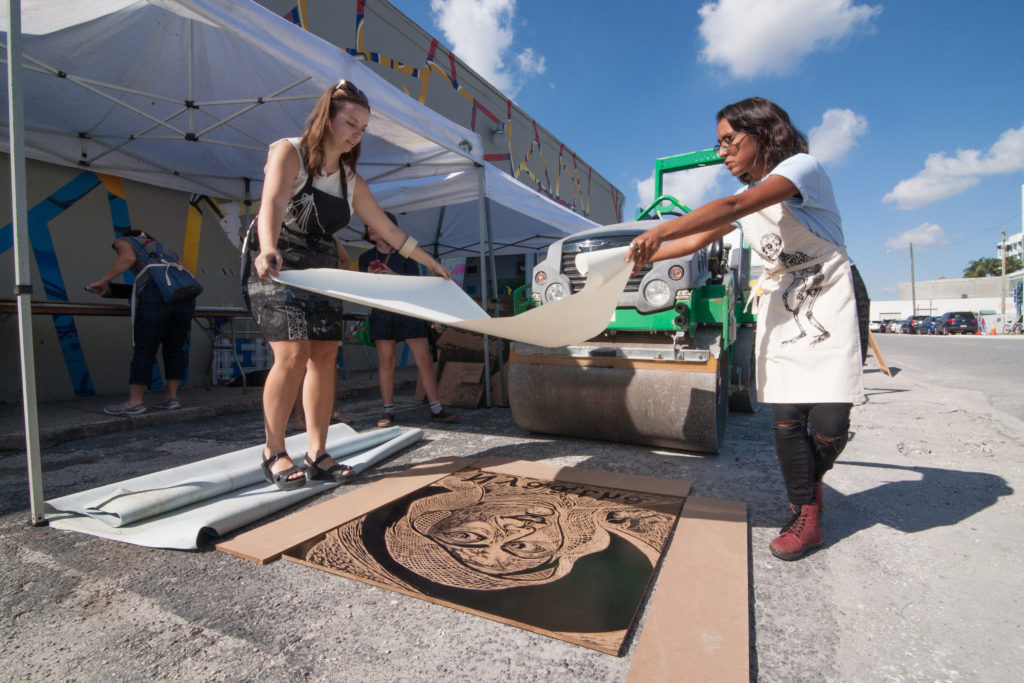