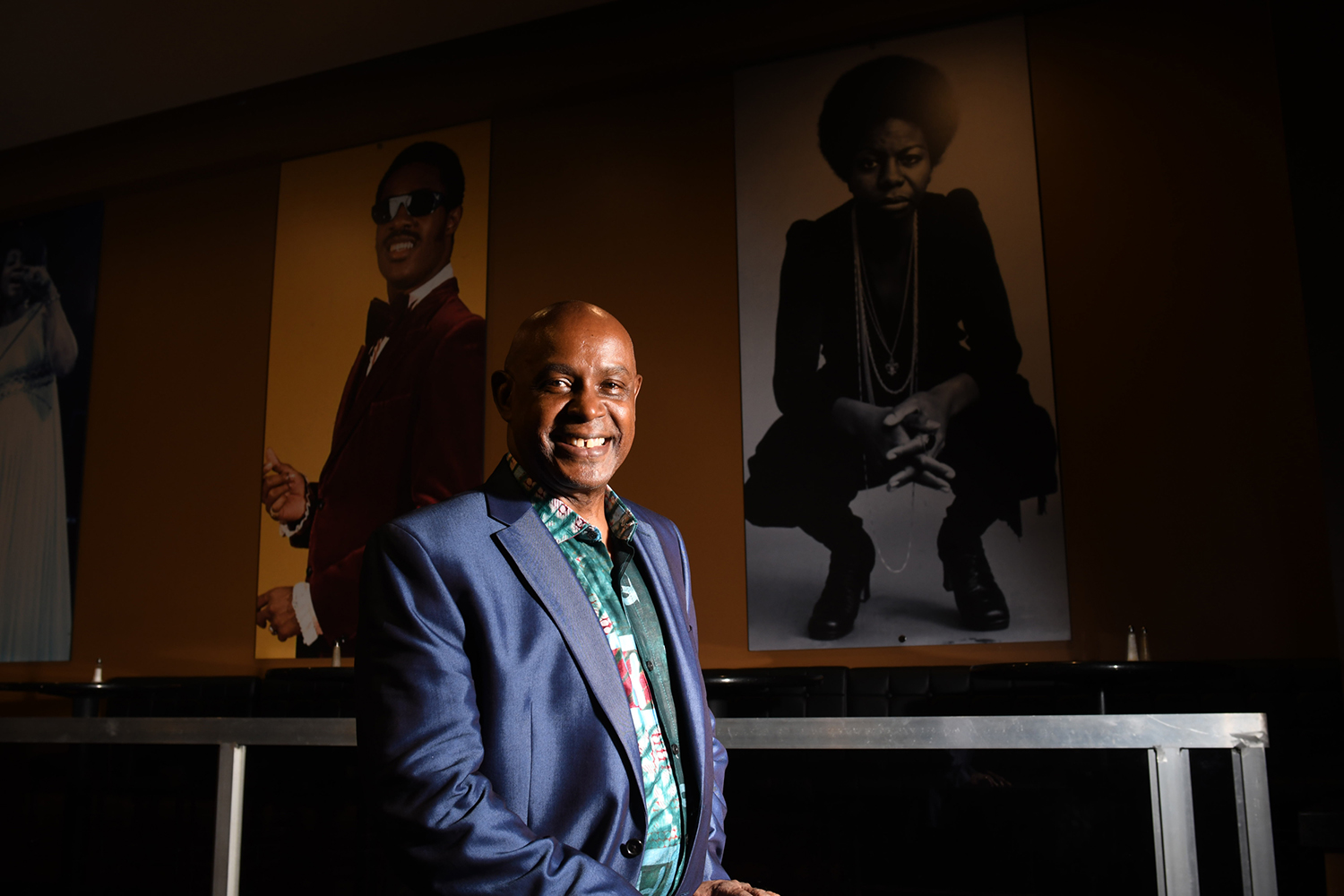 A few nights ago, Ludlow Bailey attended an invitation-only screening of Harriet, the new film about legendary slavery abolitionist and freedom fighter Harriet Tubman. Bailey sat rapt through the entire screening and the Q&A with lead actress Cynthia Erivo that followed. Though he wasn’t called upon to ask a question—his arm craned high as he tried to catch the moderator’s eye—he walked out of the theater grinning from ear to ear, filled with an almost boyish glee.

“I know people have all kinds of opinions about it, but I loved it because it’s a story that has to be told,” says Bailey days later. He’s just returned from a pre-Art Basel party for South Florida’s black arts cognoscenti—he’s a man about town at these things; you can’t miss him and his kaleidoscopic shirts—but the film and what it embodies is still on his mind. “People need to see it,” he says. “The whole world needs to be educated about black history, for real.”

The art of the African diaspora and its ability to conjure up a connection to the continent and its history has long inspired Bailey, a curator who has shepherded artists and exhibitions to appreciative audiences around South Florida and internationally for more than a decade. Bailey will be bringing this unending exploration into focus during the 2019-2020 season of beloved Fort Lauderdale arts incubator ArtServe, as consulting curator for the organization’s 30th anniversary.

“I’m the first black curator to work in that space, and there’s so much I want to share,” Bailey says. “The new executive director, Craig W. Johnson, wants to have an institution that is broad in its reach, interests and programming. I see myself as a cultural ambassador for black culture globally, so I’m excited about bringing this perspective to what has been predominantly a white institution.”

The fascination with African diasporic art started early for Bailey, who was born in Jamaica to a family immersed in the arts and a worldview that looked back to Africa for inspiration and spiritual sustenance.

“My grandfather collected art in Jamaica back in the ’30s and ’40s,” he says. “There was so much happening on the island back then. Theater was really coming alive, and the University of the West Indies was just getting started. That environment surrounded me when I came along. My grandfather was very conscious of Africa, but he never made it there.”

Bailey would take that journey for his grandfather years later as an eager student, first as a philosophy major at Brown University and later across Africa at the University of Dakar in Senegal, University of Ghana and American University in Cairo. Those international jaunts acquainted him with the continent he’d long dreamed of, but they also prepared him for a worldly life to follow, though not immediately in the arts.

Bailey, in fact, refers to himself as “the accidental curator.” For 19 years, he served as a Miami-based executive of TWA, the legendary airline. The position sent Bailey all over the globe—and also deepened his love for not just arts of the African diaspora, but those across all cultures as well.

“I was able to see so much,” Bailey says. “Wherever I wanted to go, I was there, and I fell in love with so many places. Anything that is well done and stimulating I can appreciate. But I’m crazy about African diaspora culture because it’s so spirited to me, and most importantly, it’s so integrated. I love opera, for example, but I love Carnival more than opera because I can be in it. When you go to Carnival in Trinidad, you’re actually living out a play and you can feel it from the inside. That’s so empowering.” 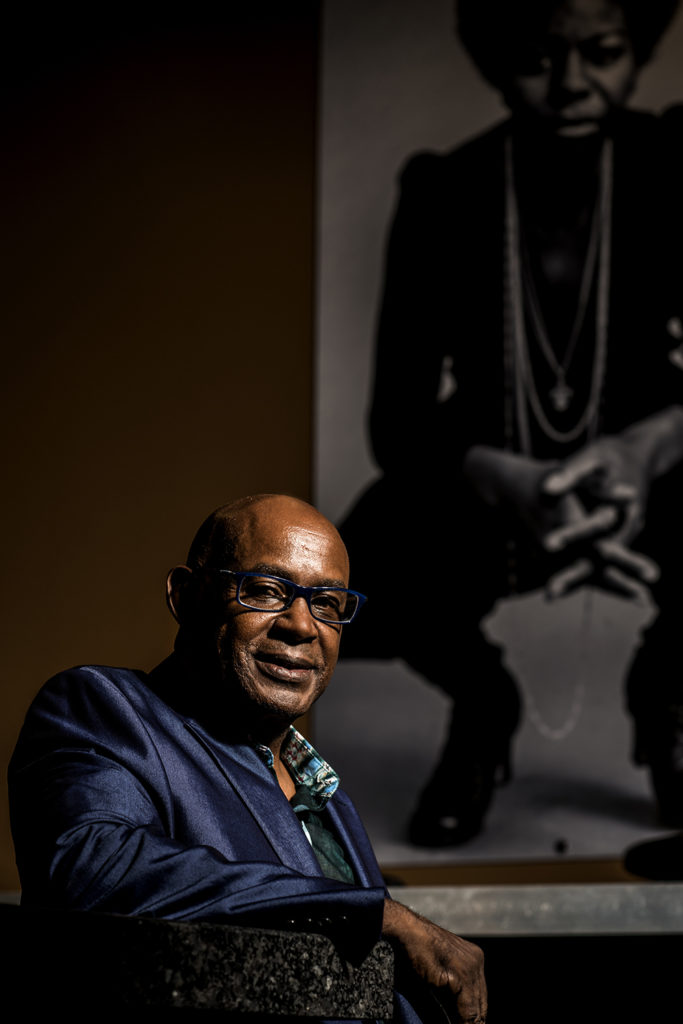 Eventually, these experiences would lead Bailey away from his life across the skies and to a firm commitment to the arts with the founding of his company Contemporary African Diaspora Art, a multimedia platform designed to present visual art of the African diaspora. Through CADA, Bailey started bringing black artists to Miami from countries such as Surinam and Brazil as far back as the early 1990s, a time when such exhibitions weren’t as common as they are now in South Florida. Over the years, he would serve as an art adviser for museums, galleries and private collections from London to New York, Paris to Chicago, and across Africa and the Caribbean. He continues today with events such as his popular annual panel discussion during Art Basel Miami Beach, which he has hosted for 10 years.

“The humanities and the very infrastructure of civilization comes out of Africa,” Bailey says. “We’re among the most ancient people on the planet. So it’s important to tell that to the broadest possible audience. One of the things I love about the arts is that it can be a safe space for people to exchange ideas without immediately feeling the pressure of politics or political correctness. It’s a place to understand each other.”

Although he has already participated in a season preview show at ArtServe, Bailey will fully kick off his time at the institution in January 2020 with “Roots of the Spirit.” The multimedia exhibition features dance, sculpture and painting aimed at stimulating awareness of the significant philosophical and spiritual ideas that have emerged from Africa and its diaspora. For him, it’s another step toward uniting people through the work he so loves.

“Sharing culture is really the way to grow humanity, isn’t it?” Bailey asks, the twinkle in his eye revealing he already knows the answer. “That’s what I’m committed to.”