Imagine Sunday morning, game day. Instead of piling your tailgating supplies into the trunk of your car, you linger over a second cup of coffee while waiting for the black Lincoln Town Car that will take you to Sun Life Stadium. You pull up in front in a lane designated just for you.

Walking into the stadium, you pass grab-and-go food and drink, all free, including alcohol. When you reach your seats they are spacious “living room” boxes, four padded chairs with every luxury you can imagine, including flat-screen TVs you control. Food hawkers bring you anything you want to eat or drink, still free.

Sound good? It can be yours this coming season for a cool $75,000. Or, it could have been, except that the Dolphins’ new ultra-luxury boxes sold out almost as soon as they were announced.

“We think a lot of the success of the new luxury seating is unique to the Miami-Fort Lauderdale market,” says Jeremy Walls, the Dolphins’ senior VP/chief marketing officer. “We did a lot of research and learned a good amount of people would love a luxury option.”

The super-luxury additions at Sun Life Stadium are part of Dolphins owner Stephen Ross’ $400 million stadium renovation. In the spirit of Joe Robbie, who opened the stadium with his own money in the 1980s, Ross is financing the improvements without taxpayer aid.

“Mr. Ross made a decision to privately fund the new stadium as a commitment to South Florida,” Walls says. “The Dolphins will be here a long time.”

When Walls says “new stadium,” he means the term literally. The facility is being gutted and rebuilt from the inside out. The concourses will be updated and every seat in the place will be new in time for the upcoming season.

By the 2016 season, the suite level will be rebuilt, a giant canopy that will protect 92 percent of the crowd from sun and rain will be installed, and the four new video scoreboards will be up and online. “Other than the footprint, everything will be different,” Walls says.

Sun Life Stadium will be poised to become an international entertainment venue. “We already have more international soccer matches than any other stadium in America,” Walls says, “as well as 10 to 12 concerts each year. It’s not just football, although the Dolphins remain our centerpiece.”

The luxury accommodations includes the 72 Club, which has two seating experiences. One is the 72 Club Seats, 598 large cushion seats for $1,000 per seat, per game. They are between the 40-yard lines. Flanking these seats on each side are the 72 Club living rooms boxes (16 on each side for a total of 32 seats). They are $75,000 for a four-person box for the season. The boxes and the seats have access to the 72 Club, which is below their seats, and where all food and drink is complimentary.

The nine $400,000 luxury suites are open-air, luxury seating on the 100 level directly above

midfield. The suites are called “The Nine,” as there are only nine of them, each one with 16 seats. The Nine section is between the 30-yard lines. Behind these suites is an exclusive private club for members of The Nine only.

Making room for these luxury accommodations means Sun Life’s capacity will go from approximately 76,000 to about 65,000. And some longtime ticket holders are being priced out of the 50-yard line seats they held for years—or decades—on the home side of the field. But, says Walls, even with the new luxury seating, price points are still varied.

“We made a point to make most of the seats affordable,” Walls says. “Something like 12,000 to 14,000 are still under $50 a game, and many more are only a little higher. We’ve made sure affordable seats are available for the general football fan.” 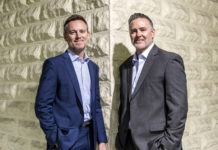