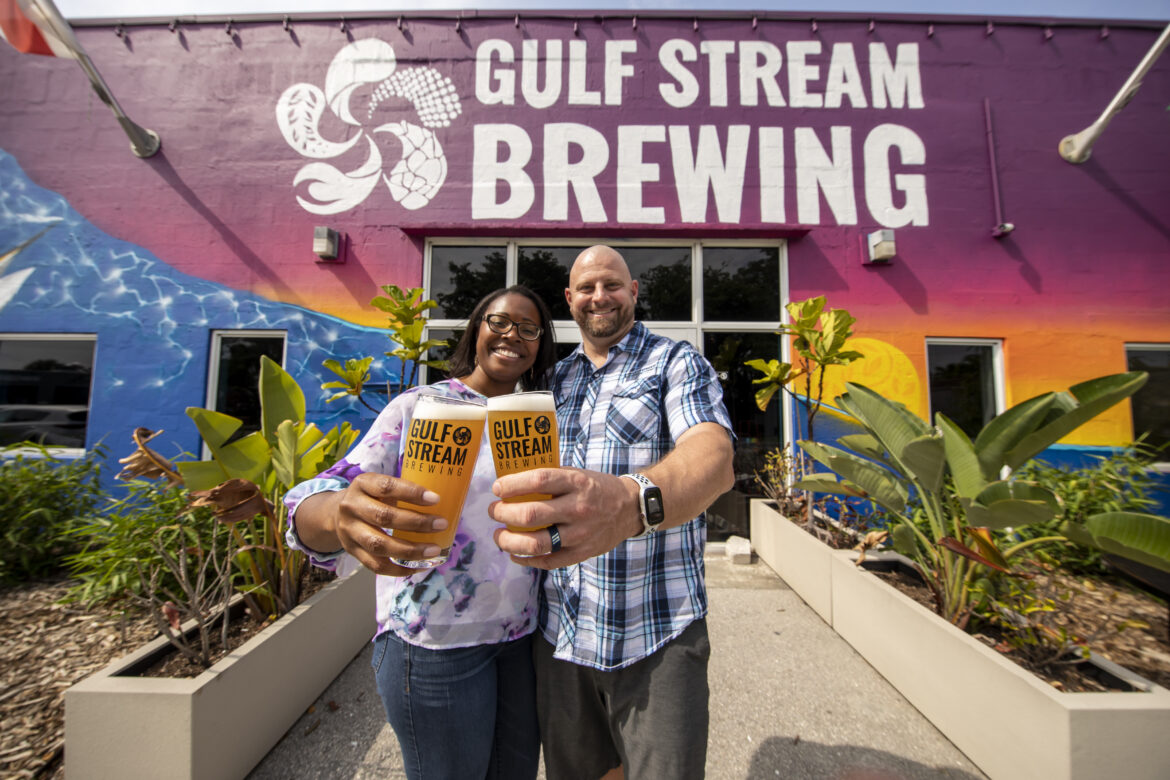 This past January, the Seaglass Rosé Experience hosted thousands of wine and food enthusiasts for three days on the sands of Fort Lauderdale Beach. Sharing the spotlight with the 30-plus rosé varietals from around the world was one local rosé-infused craft beer that had revelers lining up for another round.

“When you’re the only brewery at a rosé event, people tend to notice and show you lots of love,” says Sharee Eriks. Sharee and her husband, Ty Eriks, are one half of the foursome behind Fort Lauderdale’s Gulf Stream Brewing Company. Together, they poured 960 half-pint glasses of beer—45 gallons of a rosé lager, along with 15 gallons of two other Gulf Stream staples—at the oceanside affair.  “Seaglass was the most amazing experience,” says Ty. “We’re always looking at the creative side of brewing and beyond. People’s palettes are changing and they’re exploring; it’s evolving beyond just someone saying, ‘Get me a Bud Light.’”

For Sharee, who “spent a good chunk of my adult life thinking I hated beer,” it was her idea to offer a rosé-infused brew at the rosé-centric event.  She adds, “I’ve converted many people to the beer-drinking world by being honest with them about my preferences in flavors. If you ask me for a recommendation, I’ll share our list of sours, stouts, doppelbocks and wheat beers if you happen to ’hate’ beer like I did for years.” 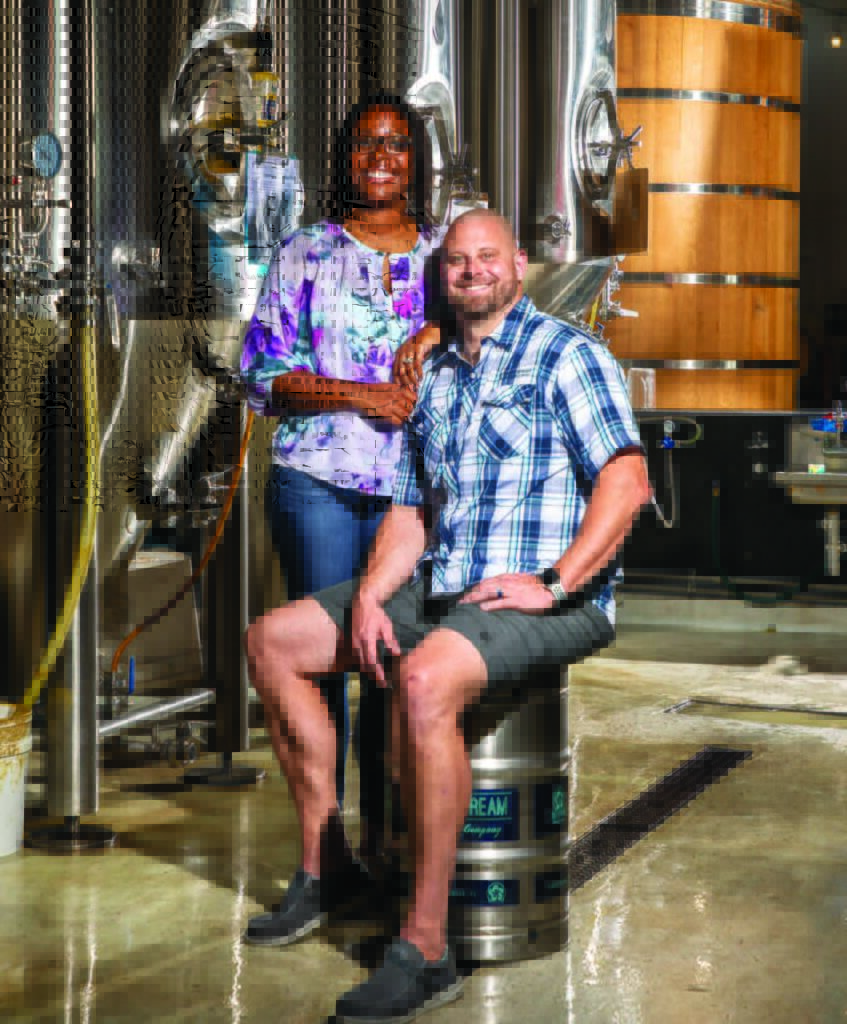 Ty, who began brewing in college, met his future brew buddy, McKay Ferrell through a mutual friend. The two bonded while brewing marzen–a Bavarian lager–and in September of 2018, after a few hiccups and a couple of cross-country relocations, McKay and Ty opened Gulf Stream Brewing in Fort Lauderdale’s 13th Street corridor, an area that has been enjoying a cultural revitalization, thanks in part to other small businesses that have popped up. “There’s so much diversity here you can’t get anywhere else,” says McKay, whose wife, Jasmine Ferrell, is also a co-owner and Gulf Stream’s social media manager.

Since the brewery opened, the owners have been stacking up awards, receiving a gold medal for “Best Small Batch Beer’ from the Best Florida Beer Competition for their Traveler’s Porter. At the U.S. Open Beer Championship, they won a gold medal for their Belgian Quad, and a silver medal for Hold My Beer, a craft light lager.

Since nothing goes better with beer than pizza, the 10-barrel, 5,300-square-foot brewery and taproom is also home to the family-owned and operated Pizzeria Magaddino, which offers traditional Neapolitan-style pizza, including gluten-free and vegan options.

With over 30 breweries in Fort Lauderdale, the brew scene continues to expand and so does demand. Since all of Gulf Stream’s beers are brewed on-site and in small-batch releases, the team added a canning line to broaden their distribution. “We’re super excited about it” says McKay. “It allows us to package a wider assortment of our beers because we can do smaller batch runs of unique beers that you typically won’t find on store shelves. Plus, we dig drinking beer outdoors, and cans are so much better than glass bottles.”

As for what’s on tap for Gulf Stream, says Ty, “We just want to be the best brewery we can be, for the community.”