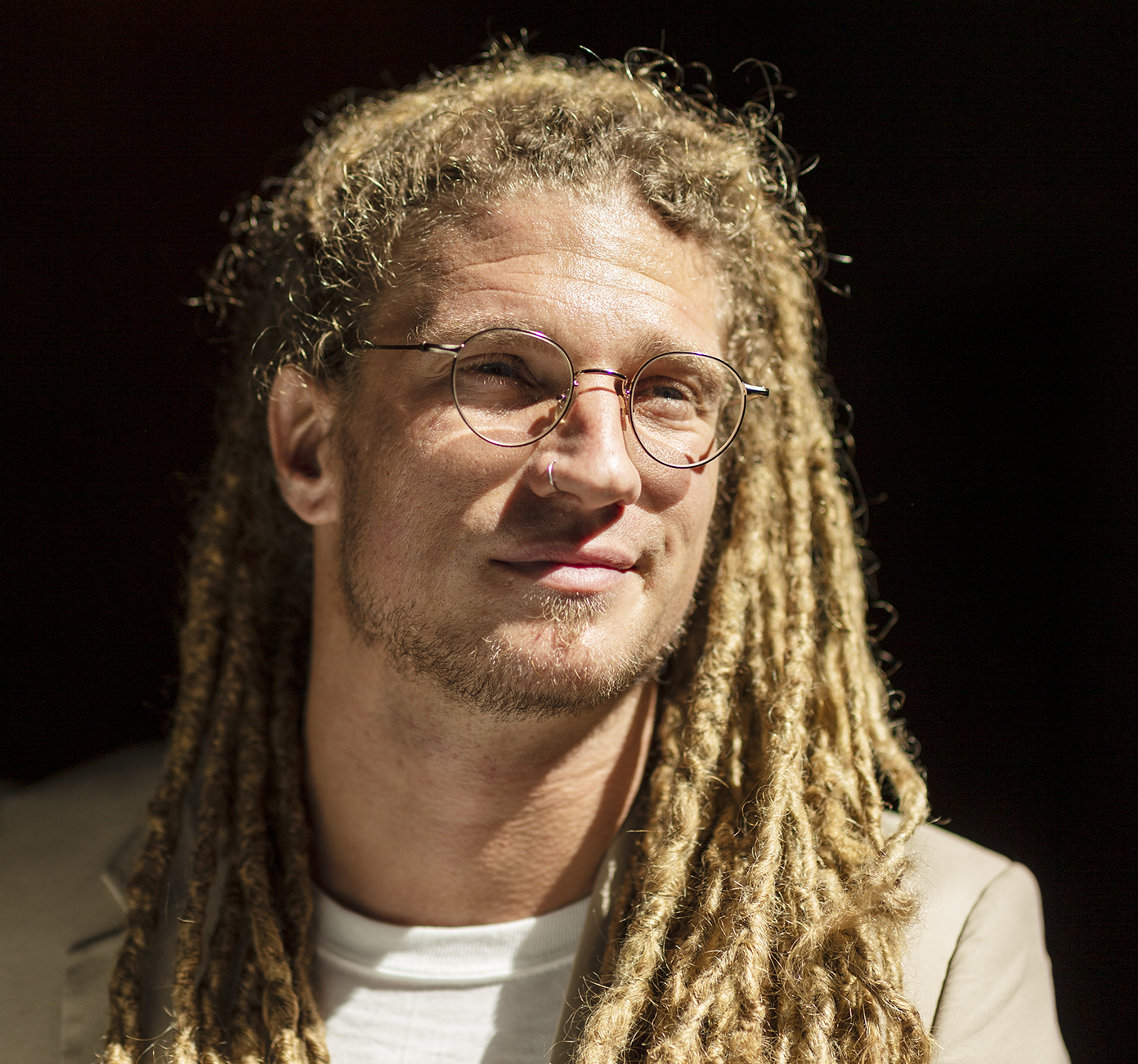 By Nila Do Simon
Portraits by Edward Linsmier

Sitting on a well-worn couch inside trendy Fort Lauderdale coffee shop Brew Urban Cafe, Maxence Doytier cuts to the chase. “I was born with the eye,” he says.

It’s a bold declaration for the otherwise humble Doytier, the 30-year-old founder of arts-focused agency Twenty6North Productions. In less than two years, the organization has catapulted to the top of Fort Lauderdale’s growing arts scene by showcasing promising talent at prime locations such as Las Olas Boulevard, BB&T Center and Himmarshee Village among an atmosphere of trendy cuisine and entertainment. This year, when the Montreal-based entertainment group Cirque du Soleil needed a memorable way to market the South Florida run of “Alegria,” it turned to Twenty6North Productions. In less than two weeks, Doytier had Miami-based artist Ernesto Maranje on scaffolds painting Rebirth, his interpretation of a character in the show as a vibrant phoenix, on the west-facing facade of Broward College’s downtown Fort Lauderdale building. The public unveiling of the mural even brought out costumed Cirque du Soleil performers in full “Alegria” regalia.

The way Doytier sees it, if he’s going to introduce an artist and piece of work to an culture-hungry audience, there might as well be some spectacle surrounding the moment. Equal parts arts agency and events curation, Twenty6North Productions aims to be “the arts connector,” Doytier says. And as I come to find out, it’s also an energetic conduit whose prime objective is to jolt meaningful bursts of art into run-of-the-mill events.

Doytier’s connection to the arts is perhaps hereditary. Born in Cannes, France, to a mother who taught art for 20 years and a father who would later become an arts curator in Wynwood, Doytier says art immersion was a natural occurrence in his household. “It was always homework first, get creative and then play,” he says.

When Doytier was 4, the family moved to California to “live the American dream” and create new opportunities, he says. A year later, they relocated to Fort Lauderdale, where Doytier’s father was recruited to help run the now-shuttered French Quarter restaurant. Fort Lauderdale left an impression on the French boy. After graduating from South Plantation High School and studying marine biology at Florida State University, Doytier returned home to follow in his father’s footsteps in the hospitality world.

In 2018, then a server at One Door East, Doytier and the management team noticed a blank wall at the restaurant that was practically begging for a new identity. He saw not only the opportunity to transform a blank space but also to generate a certain air of pomp and circumstance that could electrify the restaurant, artist and artwork in ways Fort Lauderdale had never experienced. 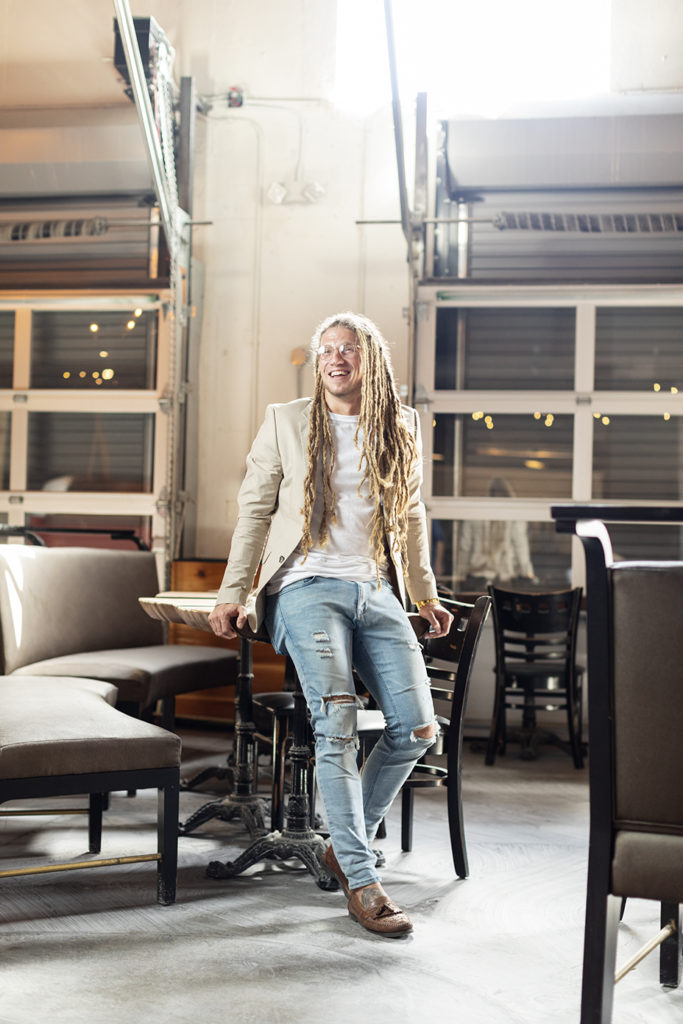 “We give life where it’s needed,” says Doytier of his arts agency, Twenty6North Productions. “Give us a canvas, and we’ll do a project.”

He consulted with his father, who curated the mural, and convinced artist Herbert Galarza to create the artwork. South Florida Jeeps also sponsored the event and brought a Jeep Wrangler for a live painting session at One Door East. The textured night earned the restaurant $25,000. And thus, Twenty6North Productions was born.

Named after Fort Lauderdale’s geographic coordinate— 26 degrees north latitude—Twenty6North Productions is Doytier’s sincere attempt at spotlighting the Greater Fort Lauderdale arts community. Though a relative newcomer to the scene, the company has already worked with the Florida Panthers to curate a pop-up art walk during a hockey game and has partnered with The Apothecary 330, The Wilder and the Conrad Fort Lauderdale Beach to host art shows.

It could be said that Doytier’s most grandiose projects are to come. He recently inked an agreement with B Ocean Resort to curate art in the hotel’s renovated public spaces. In addition, he’s working with Knallhart Management Group, whose portfolio includes entertainment venue Rhythm & Vine and The Whole Enchilada restaurant. Knallhart is transforming a former church off Andrews Avenue into a nightclub, complete with a 60-by-40-foot curved ceiling that will feature an ode to Michelangelo’s Sistine Chapel ceiling.

“Some people say I am a dreamer,” Doytier says. “I think the bigger you dream, the more vivid it can get.”

For a man who works with some of Fort Lauderdale’s nightlife elite, it’s surprising to hear the location of perhaps Doytier’s most ambitious project yet: Virginia Shuman Young Elementary School. Doytier drives past the magnet school frequently and says he’s often looked at the building’s colorless facade and felt there should be artwork on the barren wall. The spot has what Doytier calls “an energy.”

“After all, art—or the lack of it—can affect everyone, including the parents who wait every day to pick up their kids,” Doytier says. “They have nothing to look at or be inspired by while they sit there.”

Doytier called his mom, a Broward County arts facilitator who had a direct line to Principal Cynthia Felton. She agreed it was time to resurface the facade, and thus began Doytier’s tireless efforts to organize artists and fundraise for the project. Set to be completed in phases this year, the overhaul entails painting benches inside the school’s courtyard, adding art to the cafeteria and transforming more than 7,500 square feet of mural space, including the exterior wall that faces the high-traffic Broward Boulevard.

“The inside will inspire the kids,” Doytier says, “and the exterior will uplift the community.”

Constantly surrounded by creatives, Doytier says he’s often mistaken for an artist. He finds himself correcting people who have that miscalculation. But upon reflection, he has a second thought. “When the music, artist, food, guests, atmosphere and everything else come together in beautiful harmony, it’s the perfect form of art for me,” he says. “So, I guess you can say I’m an artist.” 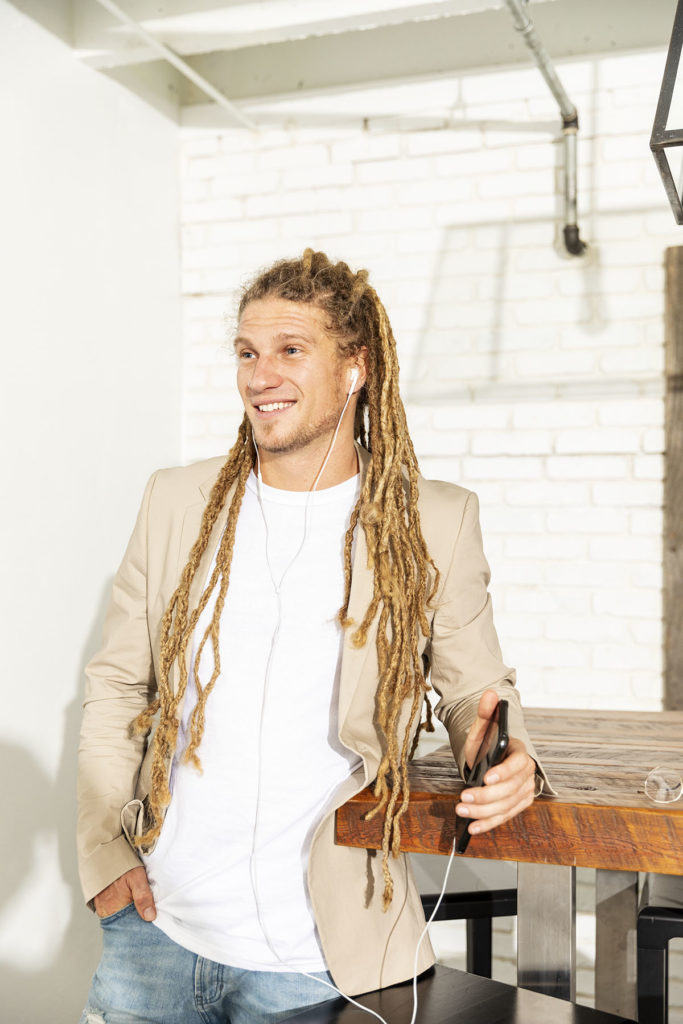