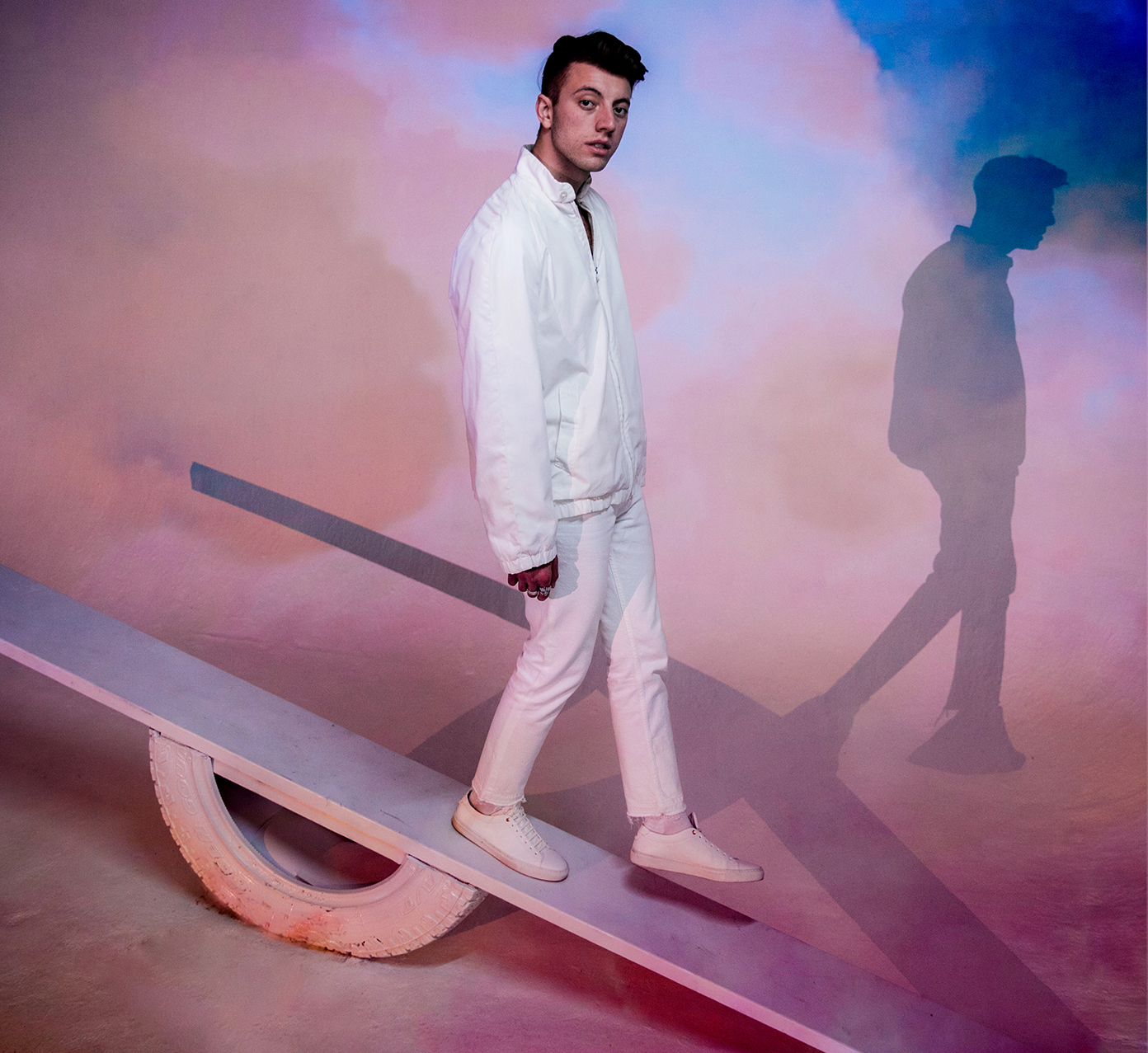 Like many young artists on the upswing, Alex Di Leo had an ambitious agenda mapped out for 2020. The previous year had been a breakthrough for the 24-year-old singer-songwriter. He refined his live presence and bolstered his fan base with a 30-date tour across the U.S. with fellow pop up-and-comer Cody Lovaas, including a sold-out show at intimate Los Angeles music venue The Hi Hat. In addition to winding through concert halls across the country and making appearances at prominent gatherings like South by Southwest in Austin, Texas, the Fort Lauderdale native found time to collect himself and focus inward. He immersed himself in hubs of musical activity, relocating to Nashville on top of hunkering down in L.A. to work on new material. One fruit of his labor, the confessional single “Youth,” was released in March with the expectation that more releases, recording and touring would naturally follow.

Obviously, his plans and priorities have shifted considerably since 2020 began.

“I was excited about this year because I felt like for the first time I was being super vulnerable; I was excited about sharing that with my listeners,” Di Leo says. Speaking over FaceTime from his Nashville home, Di Leo displays the same honesty in conversation as he does on record. Blending pop balladry with EDM-adjacent production, “Youth”—which was crafted alongside Kanye West collaborator Zack Djurich—juxtaposes the singer’s sensitive vocals with a plaintive guitar line and shuffling percussion. It’s a lament for time lost and nights squandered on petty romantic rows.

For Di Leo, “Youth” also marks a milestone for him as a songwriter.

“I wanted to start pushing my sound more toward this acoustic, R&B, pop kind of thing, and it naturally just fell into that,” he says. “It’s definitely the most vulnerable song I’ve written.” 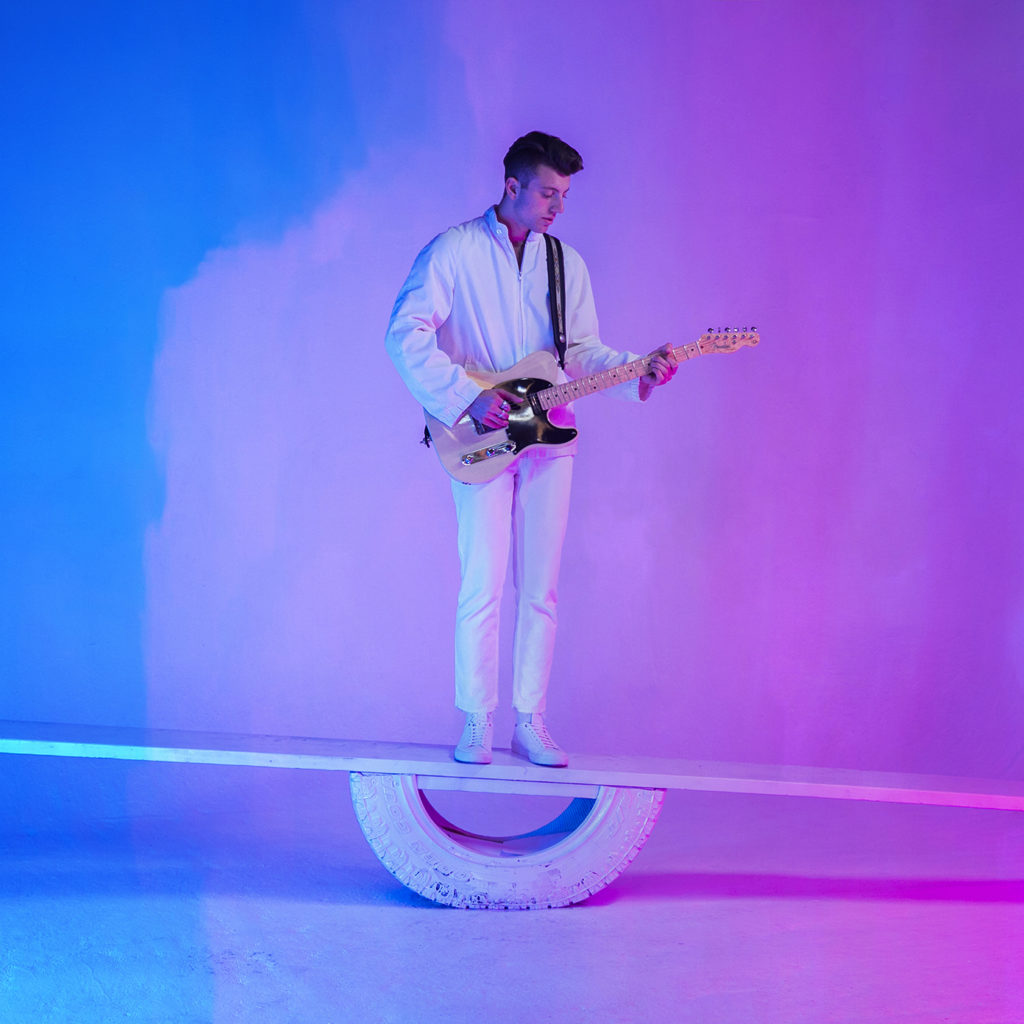 The road to Di Leo’s present pop expertise was paved largely through Fort Lauderdale. His musical odyssey began at age 10, when his grandma gifted him a guitar as a birthday present.

“That was definitely the spark that lit the flame,” he says. After messing around with the six-stringed instrument, he began seeking friends who could round out a proper ensemble. By age 12, he was playing in full-fledged bands and performing for audiences. He got a major confidence boost while attending St. Mark’s Episcopal School, where his group took first place in a student talent show.

“I think that’s when I started taking it a little bit more seriously, and then throughout high school I realized that this was really what I wanted to do,” Di Leo says. As the lead singer and rhythm guitarist for the hard rock outfit Wyld Fly, Di Leo spent his teenage years gracing the stages of Revolution Live and Culture Room while opening for bands such as Saigon Kick and Cowboy Mouth.

Di Leo struck out on his own as a solo artist after graduating from Cardinal Gibbons High School in 2014. His first solo release, the 2016 EP So We Go, broke from the past by adopting an indie rock-indebted sound. He subsequently strayed even further from his hard rock roots during recording sessions with Grammy Award-winning producer Streetrunner, who’s collaborated with hip-hop heavyweights including Eminem, Lil Wayne and DJ Khaled.

Although Di Leo’s work with Streetrunner proved fruitful, much of it—barring an altered rendition of “Brooklyn Bridge” from 2018’s Strange Open Land EP—remains unheard by fans.

“It was almost too pop for me, to the point that I didn’t end up releasing it,” Di Leo says, admitting he found the prospect of transitioning to a more mainstream radio-friendly sound to be “scary.” However, he found comfort in the gradual sonic evolution of one of his favorite bands, Coldplay, and its chart-topping trajectory.

Citing influences like the Chris Martin-fronted act as well as The Killers, Snow Patrol and The Fray, Di Leo found himself grappling with how to navigate the disparate-but-intertwined worlds of alternative rock and pop. He’d wind up making the leap in literal fashion: After honing his onstage abilities opening for Plain White T’s and Knox Hamilton, he was booked last year for a co-headlining tour alongside Lovaas. Arrangements were made for the two musicians to go skydiving and film the results as a bonding exercise and promotional technique. The experience proved transformational for Di Leo.

“As soon as I hit the ground, it was like my world had completely changed,” he says. “It sparked something in me and made me feel a way I had never felt before.”

Di Leo attributes the newfound vulnerability of “Youth”—as well as forthcoming songs “Better Place” and “Homesick”—to the liberation he felt after the jump. It’s a quality he’s eager to share with fans at the first possible opportunity.

“I really miss being out on the road and personally connecting with the people who listen to my music,” he says. “I’m missing that whole aspect of touring: the travel, the people, not knowing what time zone I’m in, getting no sleep, all the adventures. I hope we can get back to that soon.”

14 local celebrities show us how their #AtHomeSelfies

BTS of the Cover Shoot with Harlan Drum