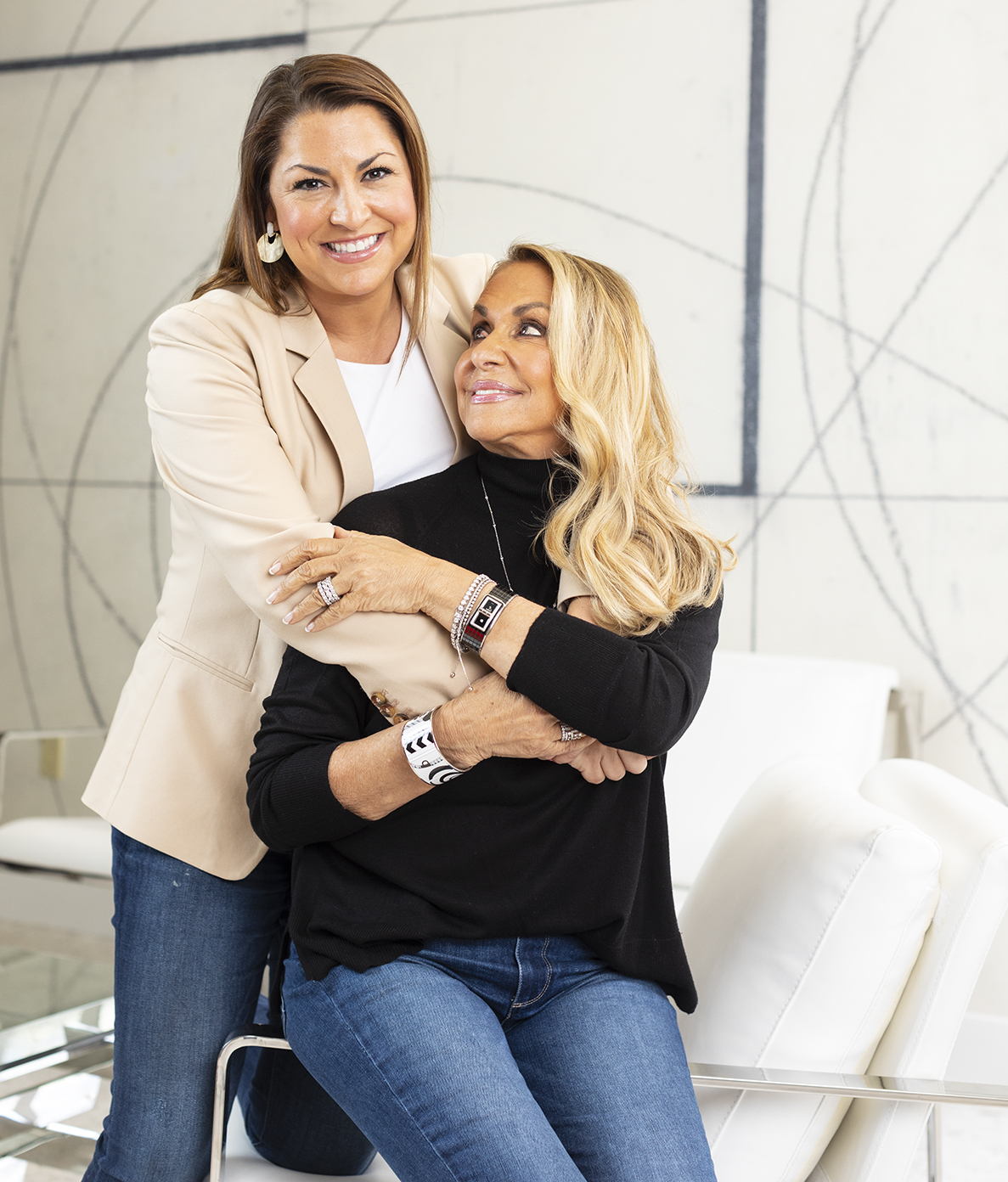 I’ve been told a mother is your first friend, your best friend and your forever friend. That line is the best way to describe the relationship I have with my mom, Beverly Raphael Altman. I have had the opportunity to not only call my mom my best friend but also my business partner. It’s a bond we have shared for over 17 years, and it has given me a perspective on life and love that few are able to experience.

My older sister, Lindsay, and I witnessed our mom working tirelessly to balance her professional identity while being a role model to her daughters. My dad, Richard, founded our family business, RCC Associates, in 1971, and my mom was an entrepreneur with a fashion business. In 1998, after more than 15 years of commuting daily from Boca Raton to her showroom at the Miami Merchandise Mart, my mom sold her business to enjoy some personal freedom, including spending more time with my dad. My sister was pursuing a bachelor’s degree in business at Lynn University while working part time in the estimating department of RCC, I had just been accepted to Florida State University, and my mom and dad had recently finished building their dream home, complete with a man cave that housed my father’s extensive collection of Native American archives. We were all at a great place in our lives, but that happiness was short-lived.

Out of nowhere, my father was diagnosed with three inoperable glioblastoma brain tumors. Our world stopped. Time stood still. But the harsh realities of life didn’t take a pause, and we soon felt the pressure to make life-changing decisions. My dad’s speech and health deteriorated rapidly, so my mom became not only a wife and mother but also a full-time caregiver, ensuring that my dad would be comfortable and treated with dignity during the time he had left. It was a whirlwind four months, and then he was gone.

While we were grieving, we knew we also needed to find a new leader for RCC who was just as formidable as my father. RCC was more than just any business; it was our family’s business. It was where my sister and I worked after school, filing papers and making copies. It was what my dad spent 27 years building. Close relatives, lawyers and business brokers advised us to just sell the company, and fast. They all thought Richard’s vision, eye for detail and relationships were what made RCC so special. But my mom had something to say about that.

My mom’s focus turned to recreating the stable life we grew up knowing. She was always able to care for us emotionally, and now she had to figure out how to care for us financially. At 50 years old, my mom created her new identity, becoming a strong female leader in a male-dominated industry.

Jumping into the world of construction had its challenges. Today, women account for just 9.9% of the domestic construction workforce, according to the National Association of Women in Construction. I remember my mom telling me a story about the first business meeting she attended after my father died. She sat at a table full of men who represented a company that wanted to buy RCC. She was told not to speak and “let the professionals handle everything.” She stayed quiet and observed until the conversation veered off course. When an offer was put on the table, the party representing us began to finalize the deal. But my mom interrupted, politely thanked everyone for their time and told them she had just decided that RCC was no longer for sale. There was something exhilarating about surprising everyone; it brought out a new drive that she hadn’t known existed inside of her.

She set her sights on reinforcing relationships with current clients and cultivating connections with new ones. Her collaborative style and true open-door policy set her leadership apart from others in our industry. She believed in giving opportunities to women who may not have realized that this could be a lucrative and rewarding business not solely reserved for the boys. She saw potential in our director of project management, who started with the company in 2000 as a receptionist, as well as our director of preconstruction and estimating, who began as an estimating coordinator in 1999. In an industry known for high turnover rates, over 50% of our staff has been with us for more than 10 years. That longevity and loyalty of our employees has helped us propel the company from $20 million in annual revenue to more than $105 million; we’ve grown from working in five states to now working in more than 30.

Here we are 22 years after my dad’s passing, entering our 49th year in business. My mom found love again with my stepfather, Joel Altman, and they have been married for 15 years. My dad’s legacy still lives on at RCC, and his framed portrait hangs in the conference room with an inscription that reads, “The space of time he lived in was so big that length of time did not matter.” It’s been a gift to watch my mom in action all these years. She has been the loudest voice in the room because when she speaks, people listen.

The Island is Calling

Portrait of a Lady