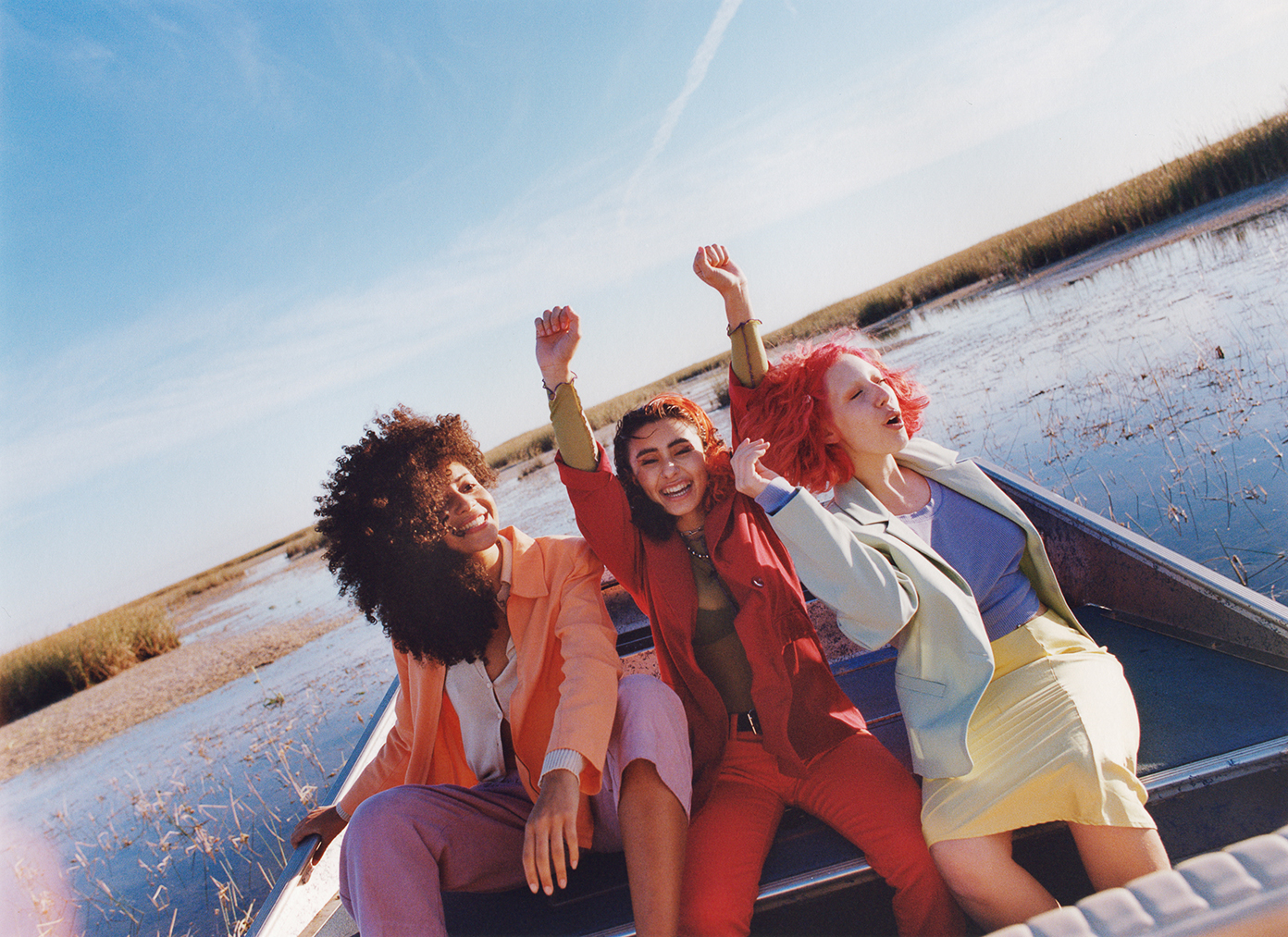 Josh Aronson was 3 years old when he moved to South Florida from his native Toronto. As a Canadian transplanted to Hollywood, and later, to North Miami Beach, he remembers repeatedly asking his parents where the snow had gone. But even at that age—barely older than a baby—it was color that made the greatest impact on his mind.

“The colors of South Florida—the pastels or the greens and blues of the ocean and nature—all of those were kind of new for me,” he says. Aronson was accustomed to the gray palette of concrete skyscrapers back home. Looking back, he says, “I was recalibrating all of my mental capacities for sight.”

Refining his observational skills has paid off. At 26 years old, Aronson is a sought-after photographer whose work has been featured in i-D, The New York Times, Allure and Vogue Italia. And although his career has taken the Pine Crest School alumnus to another city known for its skyscrapers—New York—the photographer says he often finds himself in search of the color palette that intrigued him as a child. The greens of palm trees and the pastels of urban life no longer feel foreign. They remind him of home. 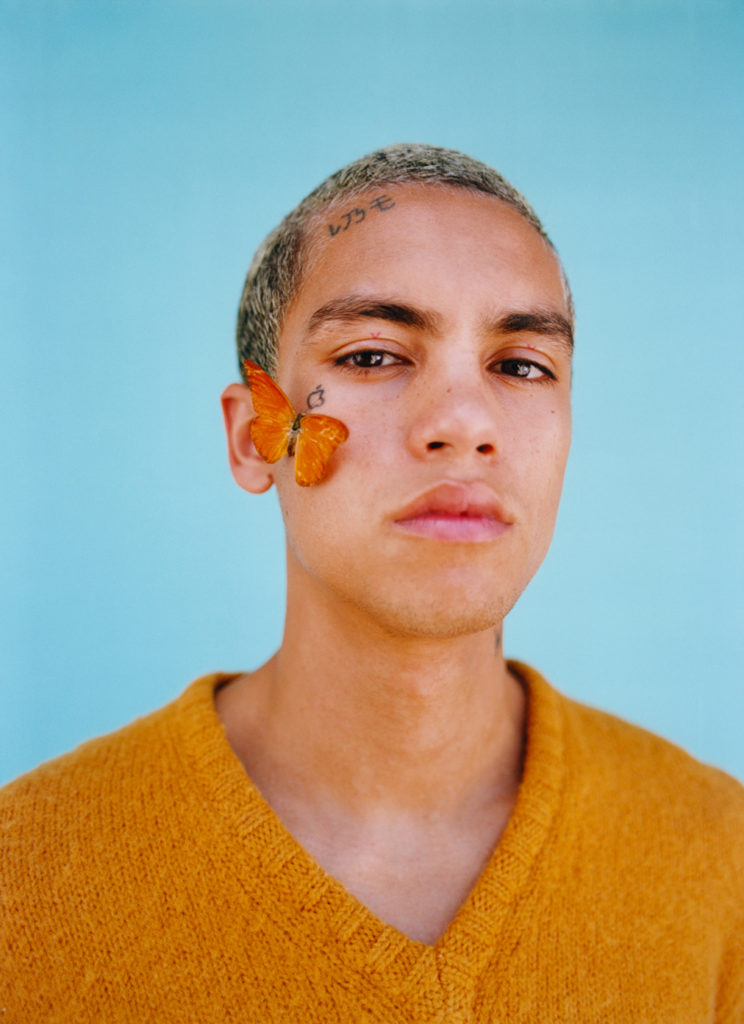 When Aronson landed one of his first major magazine jobs in 2016 for i-D, that shoot sparked an idea that later became a 2018 visual essay on the concept of what it means to be a so-called emerging artist. As Aronson’s career developed, he became increasingly interested in showcasing the rising creative talent back home. Images of those South Florida artists and creatives comprise Aronson’s new photo book, Tropicana.

In the book, which features a foreword by friend and “Riverdale” star Camila Mendes, subjects lie in shallow ocean water in flamingo-pink suits. They kiss as tidal waves crash behind them, their blue-gray shirts mirroring a hint of the seafoam. In another kinetic shot, three young women zip through the Everglades on an airboat. The pastel hues Aronson added to his palette as a child are reflected in his subjects’ clothes, but he throws in a shock of red with their blazers or dyed hair.

The playful nature of the photo set was intentional. “We were really striving for a depiction of Florida that felt lighthearted,” he says. Many popular depictions of South Florida, he says, too-often focus on “the tragedy of certain folks in Florida or the violence of youth down here.” 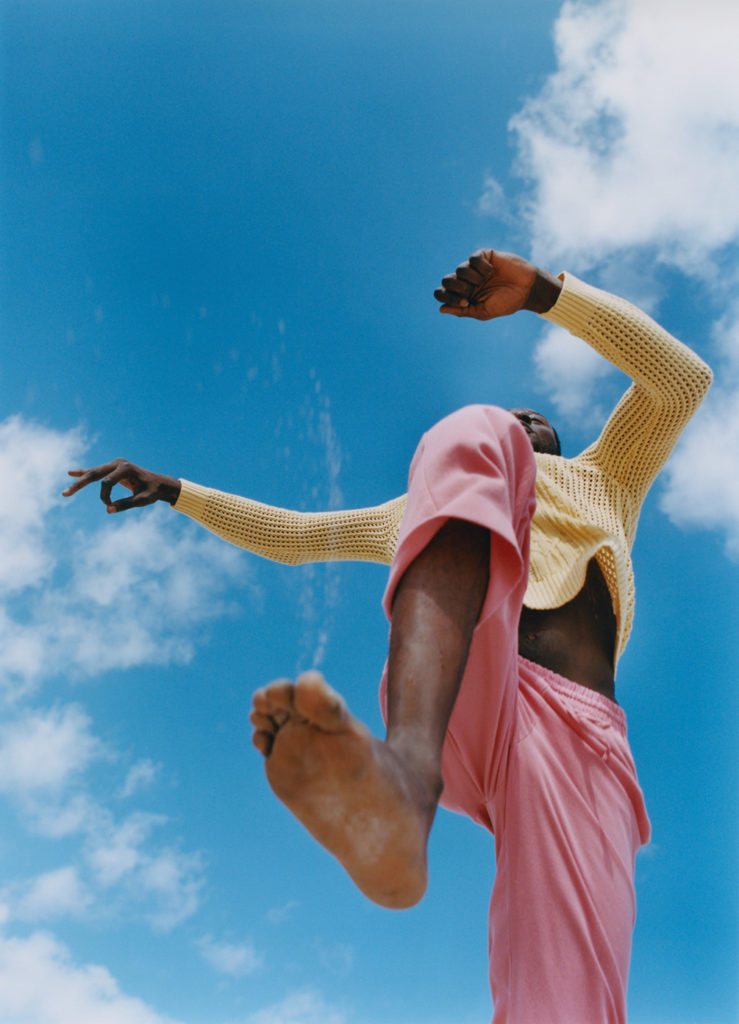 While Aronson originally set out to showcase South Florida in the positive light he came to see growing up here, Tropicana takes on a heightened resonance in the age of the coronavirus and daily Black Lives Matter protests. The vast majority of the subjects featured in Aronson’s self-published book are young people of color. In one shot, a young Black woman proudly waves her long braids in the air. In another image, a young Black man gulps orange juice straight from the jug, unruffled when it spills down his back and onto his yellow shorts. The images—and the Black people in them—showcase palpable joy. The observer finds that after years and decades of seeing the pain of young people of color reflected in media, the joy in these faces is infectious and necessary.

“When I set out to take these pictures and build this book,” Aronson says, “it was with the intent to depict Florida life in this really joyful, playful way. Part of that is, for sure, because a lot of the images we see—from Florida or otherwise—that involve Black and Brown bodies are unfortunately these tragic or violent kinds of pictures.” 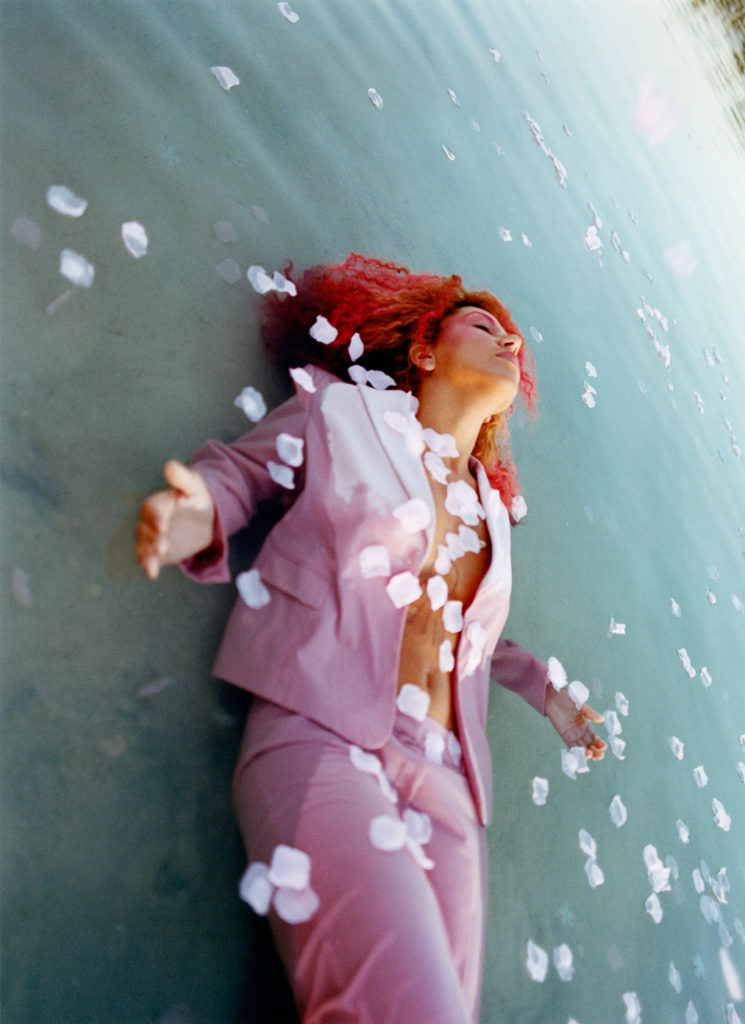 Aronson admits that as a Caucasian man, he feels some hesitation amplifying his own voice at a moment when the voices of Black and Brown youth are being uplifted. But he believes Tropicana plays its own role.

“I can’t autobiographically photograph people of color,” he says, but he notes that “it is my duty as a documentarian of our generation to use my camera in that way.”

Simultaneously, Tropicana does its part to shift the wider accepted narrative about growing up in South Florida. “If someone can take a strain of that humanitarian element that exists for kids down there and that beauty in nature and beauty in each other that I think people like us felt growing up, then that’s great,” Aronson says. “That’s all I can really ask for.” 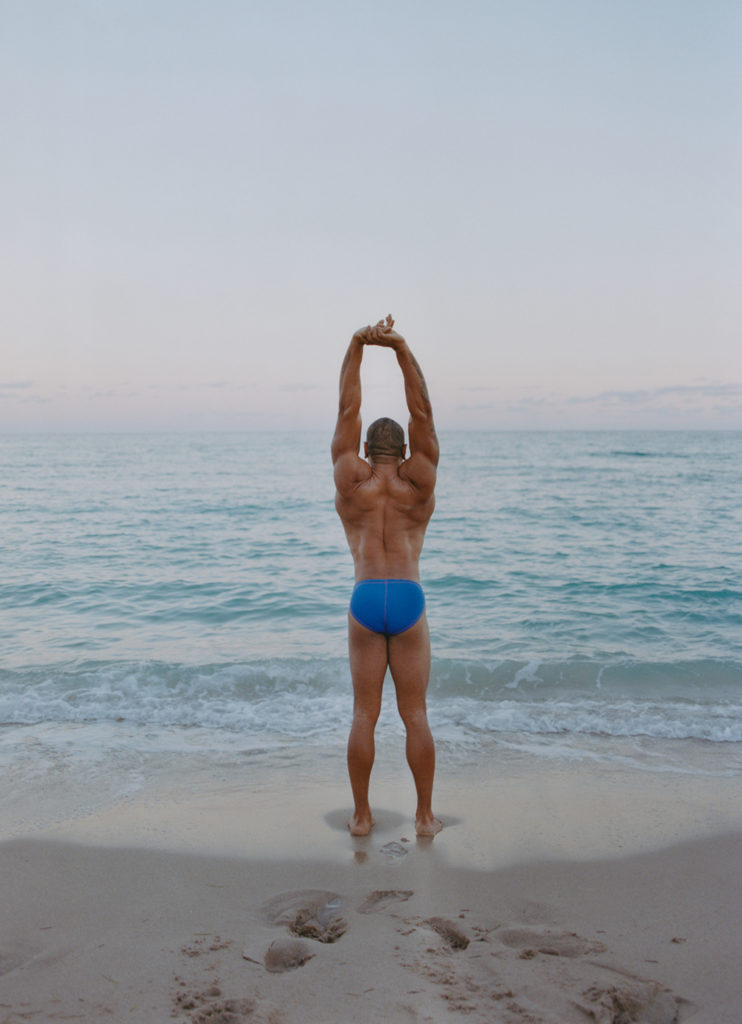 Tropicana is available to purchase in a limited second edition featuring new photographs and a new text by Miami-based arts writer Monica Uszerowicz, and 100% of proceeds going toward creative arts programs for incarcerated youth in the South Florida area: tropicana.today.

BTS of the Cover Shoot with Harlan Drum