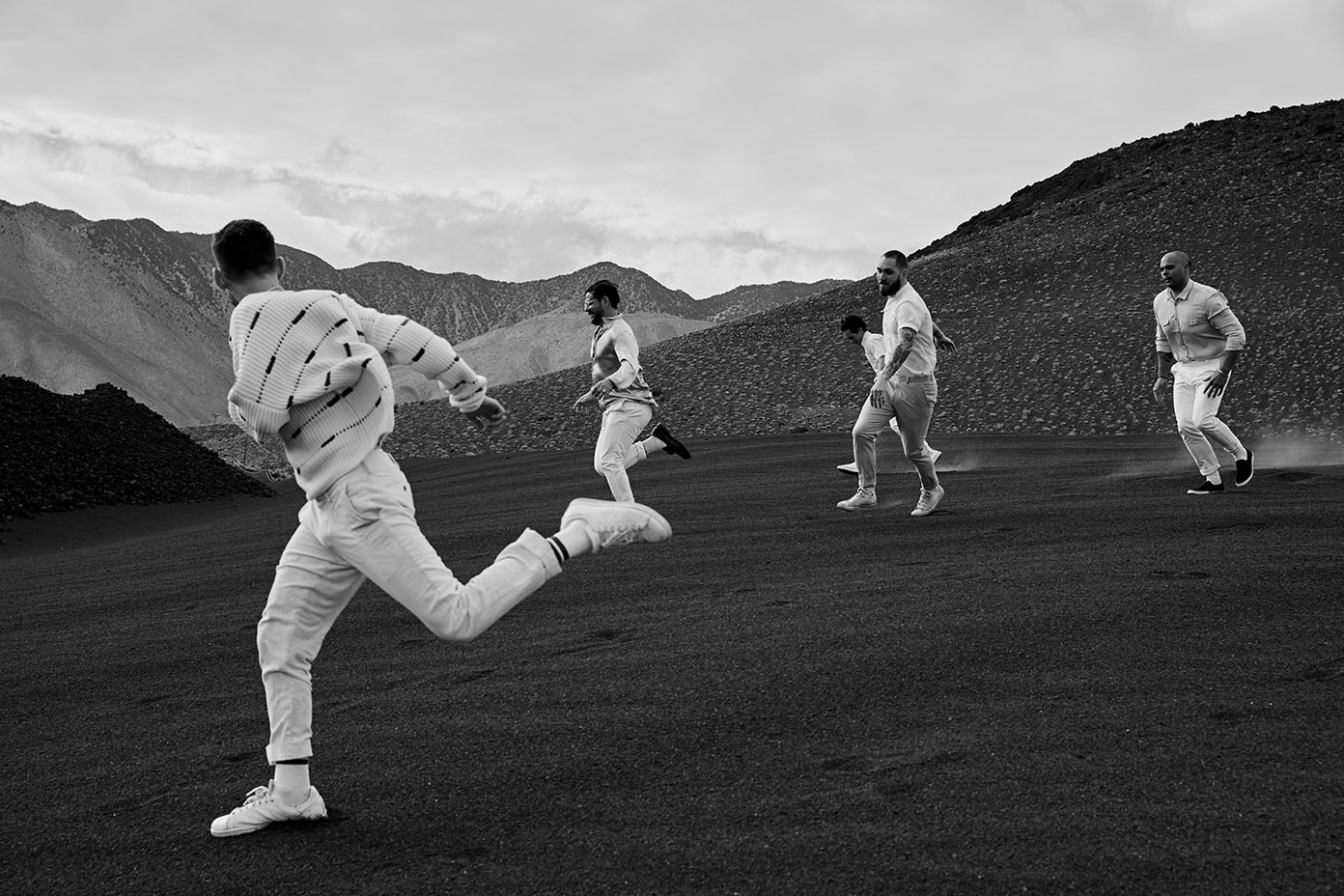 Kids didn’t intend for their new record, Lost Cities, to feel especially timely. Given the default state of tumult that’s defined the last few years, a concept album surveying a dead Earth and what was left behind seemed like a natural line of thought for the Fort Lauderdale band to excavate.

Lost Cities was recorded in summer 2019, but upon its release in July—halfway through a year defined by a pandemic, social unrest and wave after unrelenting wave of natural disasters—the record gained a new and much more urgent resonance.

“We accidentally wrote the record about the end of the world,” jokes multi-instrumentalist Josiah Sampson. The alt-indie rock group recorded Lost Cities, KIDS’ first proper LP since 2015’s Rich Coast, at studios in Lake Worth, Florida, and Joshua Tree, California. Most members of the five-piece band—comprised of Sampson along with bandmates Matthew Barrios, Joshua Diaz, Christian Gonzalez and Andrew Woomer—grew up in South Florida, making their initial outpost a comfortable environment where they could fine-tune the contours of Lost Cities.

But it was way out west where the members of KIDS were able to hone in on the particulars of Lost Cities, having become strangers in a strange land themselves.

“It felt like our own version of space camp,” drummer Barrios says of the Joshua Tree sessions. The alien setting wound up supplementing the album’s lofty themes and ambitions.

“We realized we built this world where it was really easy to say, ‘What if we weren’t here to explain ourselves as a human race?’” Barrios says before listing quintessential Homo sapien quirks, including a propensity for interspecies conflict and a routine practice of liquefying ancient creatures’ remains to fuel machines, hastening our own demise.

“It was important for us to always go back to, ‘We’re writing this from the perspective of space travelers who just stumbled upon this planet, and the only things available for reference are old newspapers, whatever this Facebook thing is and how people treated each other,’” Sampson says, comparing Lost Cities to a collection of stories “that you’d find in these ruined areas.” 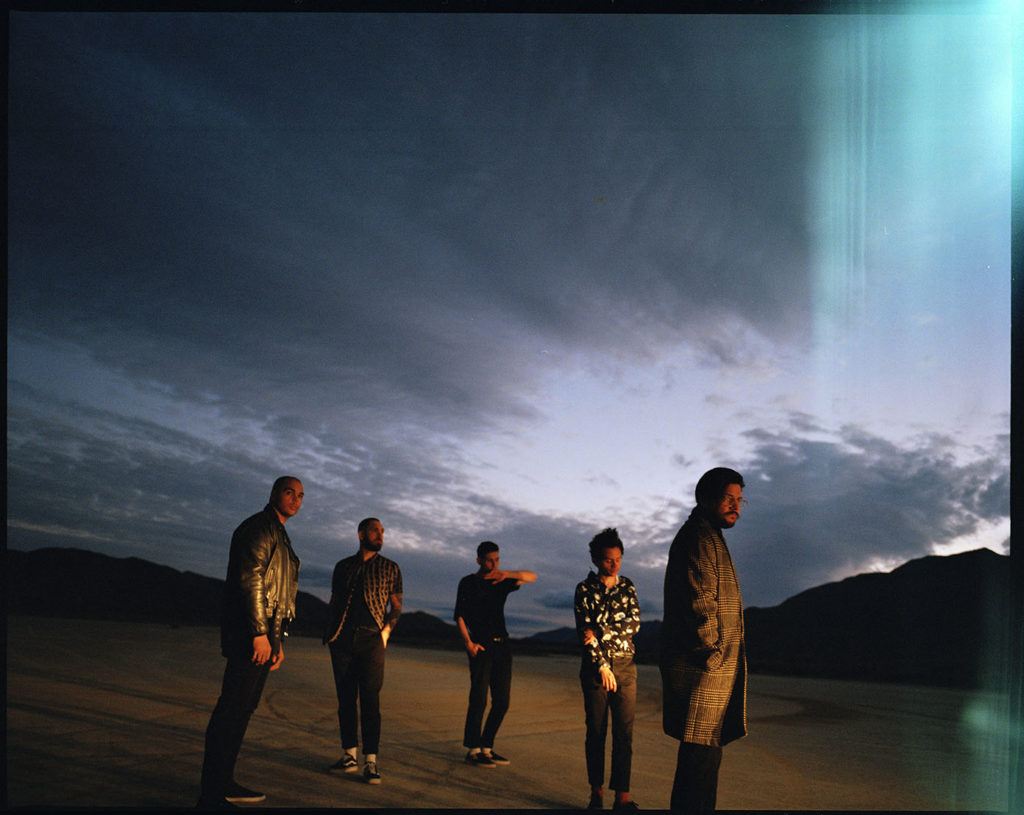 “If there was an opportunity for a certain sound effect to happen in a bridge, it was always like, ‘What does this mean? What does this feel like? Where should this take us?’” Sampson says. “And then sonically, we would try and match that to the concept of the record.”

The band is intent on expanding the world of Lost Cities beyond the record itself. Later this year, KIDS will debut an accompanying online program called “Lost Cities Exploration Program TV.”

“It’s essentially our version of a public service television series that stars us—but we’re not KIDS, we are these lost explorers who stumble upon our tiny blue planet,” Barrios explains, making sure to mention that the band will be in full character. “We thought, ‘How cool would it be if we could hold people’s hand through this world and actually paint the picture of this story?’ It feels fun.”

The residual creative buzz from recording Lost Cities and producing the TV project will likely keep KIDS immersed within their fictional world for the foreseeable future. But even as the band navigates its own far-flung realm, it is standing at the ready to share its vision directly with fans sooner rather than later.

“It’s for sure a live kind of experience,” Sampson says of the album’s scope. “We’re keeping busy, and as long as we’re shelled up, we’re just going to keep making stuff that promotes the record… We’re going with the flow but also trying to be ahead of the curve by being in a studio, demoing, writing, but also being really, really excited to produce the live show for this record. We don’t want that to get lost in this whole thing; so regardless of when touring would start, we’re going to tour this record.”