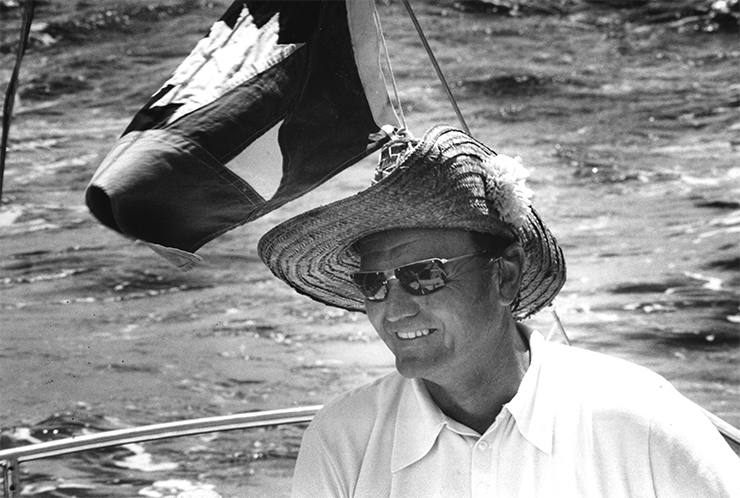 When George Lyle “Skip” Allen passed away in March, he left behind a legacy. The 84-year-old founded Southern Boating and Popular Boating magazines (the second later renamed as Boating Magazine), two publications that became maritime standards.

Allen was born in 1929 in New York City and raised in Larchmont, New York, where he found his love of the water and all things boating. During his years in New York, Allen was a volunteer fireman, joined the Merchant Marines during World War II, and was involved in promoting the America’s Cup campaigns, participating by driving photography and committee boats.

In 1967, Allen relocated his family to Miami Beach, where he worked for Bertram yachts as its vice president of sales and marketing. In 1972, Allen founded Southern Boating, and in 1986, launched the Marine Business Journal, a trade publication. During those boom years, Allen hosted numerous celebrations that many in the industry still remember, including “The Party,”?an event that he began in The Plaza Hotel during the New York Boat Show, and then transplanted to Florida for both the Miami and Fort Lauderdale International Boat Shows. He also led flotillas of recreational boat owners to the Bahamas.

Allen lived aboard his 58-foot trawler Press on Regardless at Lauderdale Yacht Club. The boat became well known throughout the Bahamas, where the Allen family spent significant time cruising. He was affectionately known for his uniform of khaki pants, Top-Siders with no socks, a golf-style shirt and aviator glasses that he wore both indoors and out.

Allen was considered an icon in the marine industry, recognized with several awards including the Marine Industries Association of South Florida’s 2011  Golden Anchor Award and the 2013 Cacique Award for International Writer of the Year presented by the Bahamas Ministry of Tourism.

Originally appeared in the Fall 2014 issue.