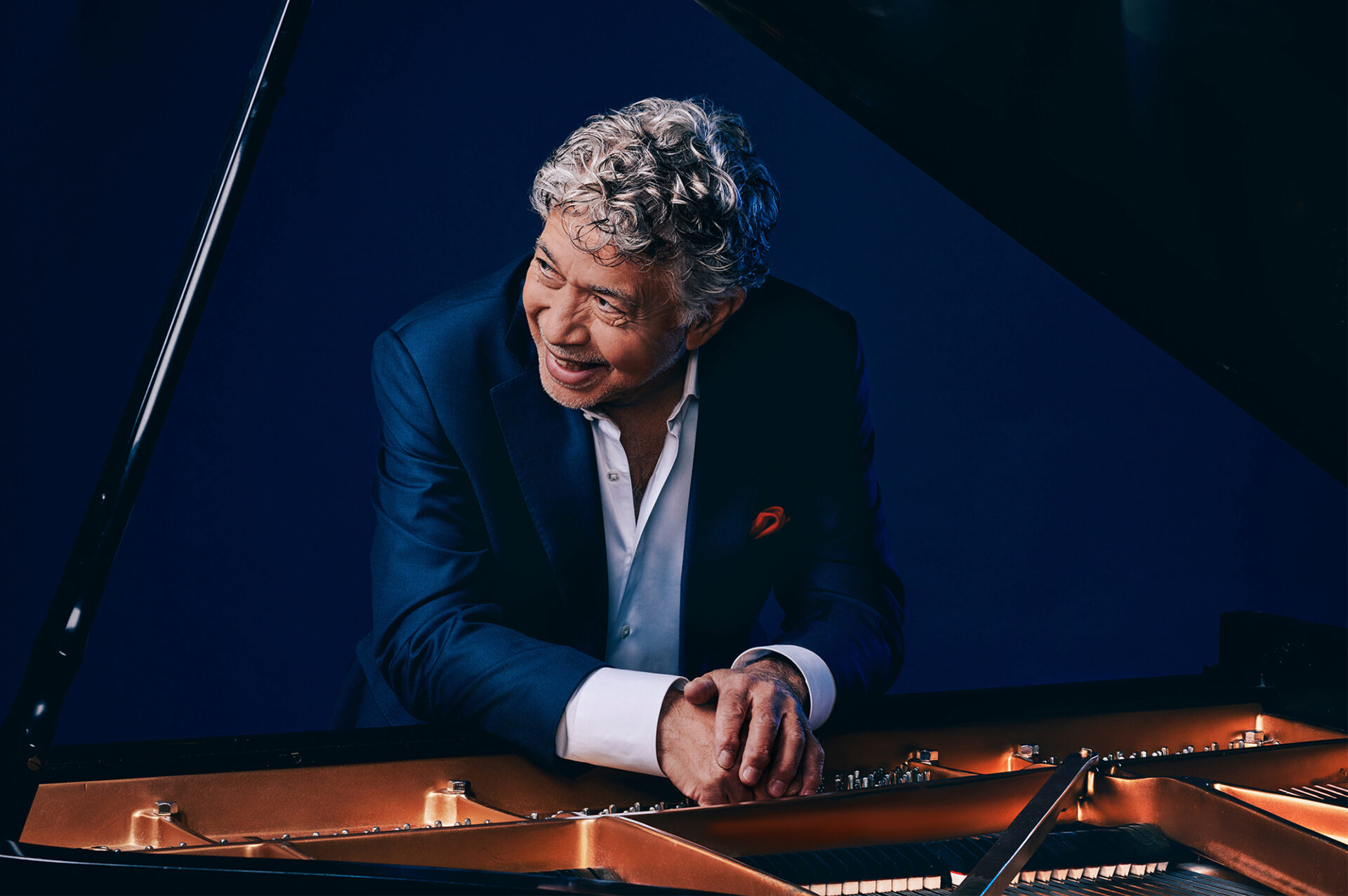 Thelonious Monk was an otherworldly figure. An innovator whose compositions and style of piano playing were as eccentric as the man himself, Monk left an indelible imprint on the jazz world. While recorded tributes to Monk could fill a wing of the Smithsonian, pianist Monty Alexander brings a fresh, joyful interpretation to the jazz icon’s canon with Wareika Hill: RastaMonk Vibrations. Alexander’s latest album makes explicit the Caribbean elements in Monk’s music by adding ska, reggae and rock-steady rhythms. He and his trio will perform this music, and other songs from his decades-long discography, at Bailey Hall in Davie on January 18 as the kickoff to the South Florida JAZZ concert series. He’ll also perform in April at the Miramar Cultural Center.

A native of Kingston, Jamaica, Alexander, 75, drew a parallel between Monk and the Rastafarians who frequented the Wareika Hill area near his boyhood home. “I correlated Thelonious Monk’s unusualness with how I perceived the Rastafarians who would walk up the hill next to my house,” Alexander says. “And I put the two together, that Thelonious would’ve been up on the hill worshipping and praising Jah with his music.”

The raw, jagged nature of Monk’s piano playing appealed to Alexander, as did the quirky humor embedded in his music. He later learned that Monk grew up in the San Juan Hill neighborhood of Manhattan, an area made famous by West Side Story and teeming with West Indians whose musical influence he absorbed. “I heard a lot of his songs almost like they could have lent themselves to a Calypso/island rhythm,” he says.

Recruiting Jamaican and American musicians—including saxophonist Joe Lovano and guitarist John Scofield—Alexander reinterprets a dozen Monk classics on the new recording, putting a distinctively Jamaican accent on standards such as “Misterioso,” “Nutty” and “Well You Needn’t.” The album is bookended by short pieces featuring the nyabinghi drums that Alexander would have heard echoing down Wareika Hill.

A child prodigy, Alexander played professionally in Kingston in his early teens. Sensing greater opportunities in the United States, he and his mother moved to Miami Beach in 1961 when Alexander was 17. They settled into an apartment at 19th Street and Collins Avenue, and Alexander soon found work in the plentiful lounges and clubs. The revolution in Cuba had brought an exodus of American gangsters to Miami, and he was playing in some rough places. “This was no jazz university,” Alexander says. “This was street-corner stuff.”

Alexander also witnessed the ugly reality of Jim Crow and was thunderstruck by the separate water fountains and restrooms for black and white patrons. With his light complexion, the young pianist played gigs on both sides of the tracks, where segregation was the norm.

Over the next two years, Alexander worked steadily in Miami at The Pin Up, the Bonfire, the Windsor hotel, and even a bowling alley in Opa-Locka. He was playing at a place called Le Bi’ on the beach in 1962 when Frank Sinatra and his pal Jilly Rizzo stopped in. They were impressed with Alexander’s playing and later arranged for him to play at Rizzo’s club, Jilly’s, in New York City, where he became a fixture. After moving to the Big Apple in 1963, his career took off, and he was playing regularly with those considered to be jazz’s luminaries.

This was also when he met Monk. Not only did he hear him perform at The Five Spot, but Alexander would visit a friend who lived in the same building as Monk. On one occasion, they ended up sharing an elevator. “He doesn’t say much; he just grunts hello,” Alexander says. “And he stands in front of the elevator buttons, and he presses the buttons and he says, ‘Two and three is five.’ He’s playing calculator. I think, ‘Either this man is messing with my head or he’s making a joke, or he really is over there in another zone.’”

That quirkiness translated to Monk’s music and performance. “I saw him as this wacky, kooky, fun-filled and funny guy,” Alexander says. “Every note he was playing on the piano, it was like he was telling us a joke, but a serious joke. Humor, humor, humor till the day is long—everything he did.”

Alexander became an international jazz star of his own, blending his Jamaican roots into his singular jazz mix with albums saluting Bob Marley and featuring countrymen Ernest Ranglin and Sly & Robbie. But Monk’s music imprinted itself on his DNA, and following his centennial in 2017, Alexander knew he could offer a unique perspective on this beloved songbook. Adding buoyant reggae rhythms underscores the whimsical nature of Monk’s music, which often was reflected in the pianist dancing onstage as his bandmates soloed.

“It reminds me of Bob Marley,” Alexander says. “Bob would be singing one of those tunes of his and the spirit moves him and he starts dancing around like a whirling dervish. You look at Monk and you look at Bob Marley, and you say, ‘Wait a minute. Those guys are from the same cloth.’”