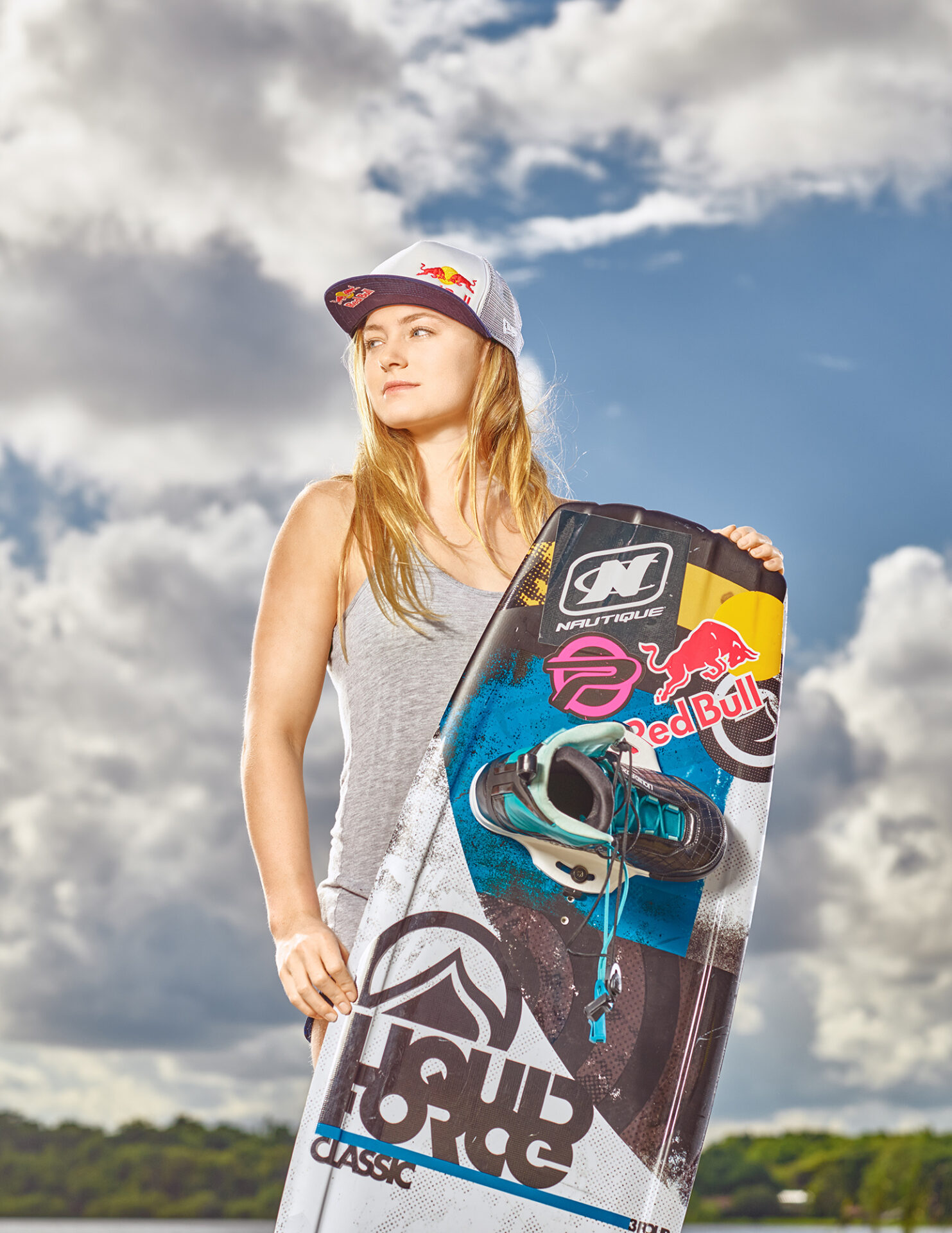 As her 22nd birthday approached early this year, Meagan Ethell’s thoughts of red velvet cake with cream cheese frosting could almost have been considered a rare loss of focus. Ethell, the World Wake Association’s five-time Wakeboard World Series champion, had plenty to ponder with her ongoing training for the 2019 season, a new sponsorship deal and promotional video with boat company MasterCraft, and fresh images of herself and surfer Tatiana Weston-Webb modeling swimwear from Body Glove’s Stripe it Up collection.

On top of everything else, she plans to again take part in the Wings for Life World Run in Sunrise on May 5. Hundreds of thousands of participants at locations around the world will stride off simultaneously at 11 a.m. Coordinated Universal Time, running as far as possible before being overtaken by the “catcher” car that starts on the course after 30 minutes and serves as a moving finish line. Entry fees benefit spinal cord research.

“In my sport, two of my friends have suffered spinal cord injuries,” Ethell says. “By running in Wings for Life, I try to support them and all people with spinal cord injuries. I’ve done it from the start of it all in Sunrise—I might have been 17 years old the first time.”

By then she was already a World Wake Association professional, having left her native Illinois at age 11 to join the Orlando wakeboarding community. She timed the move well: The sport started in the 1980s with the invention of the compression-molded, neutral-buoyancy board and reached maturity by the end of the early 2000s, when decorated superstar Dallas Friday landed her first S-bend trick in competition, throwing the board out behind her during an overhead backside 360-degree flip. The stage was set for Ethell to elevate to new heights.

“Ten to 12 years ago, wakeboarders were athletic but were not athletes,” says Travis Moye, a competition boat driver and owner of The Boarding School, an Orlando water sports camp. “Meagan’s an amazing athlete who treats it as a job with diet, workouts and yoga to maintain what she’s doing on the water.”

In those days, Mike Ferraro trained Friday—“The No. 1 woman in the world, who was killing everybody,” he says—when Ethell’s dad approached him. Ferraro had been around forever: a career highlight was teaching auto racing legend Mario Andretti’s sons, Michael and Jeff, that water skiing is almost as thrilling as a lap around the Indianapolis Motor Speedway. Sizing up Ethell, he saw a petite girl without much muscle mass.

“Instead of teaching her all the crazy tricks right away, we took the slow route,” Ferraro says. “I knew, sooner or later, Dallas would pass the torch. Meagan was lucky enough to watch Dallas, and Dallas was lucky to have Meagan to push her.”

From the beginning, Ferraro saw Ethell’s fearlessness and resilience. The risks of a hard fall or an injury couldn’t deter her. “I’ve seen Meagan knock herself silly with stuff; other girls will shut down for a week,” Ferraro says. Ethell did, in fact, tear the ACL in both knees, enduring about nine months of painful rehab each time.

For her, the spectacular tricks came along with physical maturity. Listed at 5 feet, 4 inches tall and 135 pounds, Ethell has a low center of gravity and a powerful core. She mastered the Handle Pass KGB, which entails switching the 75-foot towrope’s handle from one hand to the other behind the back while pinwheeling in the air. For the Dum Dum 360, she catapults off the wake, ducks her head, kicks the board heavenward yet lands on her feet with the handle in the opposite hand.

All of the action happens at 22.5 to 23.5 mph, depending on the lake’s depth and the boat’s capability. A GPS system governs cruise control settings to within one-tenth mph. Ethell’s 2019 MasterCraft XStar, a 23-footer that retails for $160,320 before freight and preparation charges, has a radical hull design and takes on as much as 4,100 pounds of liquid ballast to sit deep, contouring a “rampy” wake with a crisp lip.

Setting off on a 1,000-foot-long course behind such a powerful monster leaves no time for thoughts of cream cheese frosting. It starts with visualization, according to Ethell. “I also incorporate words of affirmation,” she says. “I repeat three phrases to keep myself in my head instead of thinking about what other people are doing and variables I can’t control.” The phrases change from contest to contest, but she usually tells herself she can do it and to stay in the present moment because a mental lapse can be devastating in this high-flying sport. “Sometimes I tell myself to be strong because that keeps me on my toes and focused instead of being sloppy with my tricks,” she says.

Rather than more extreme tricks, this season’s emphasis is on stylistic refinement. “You can’t beat her,” Ferraro says. “Her style is above any of the others.” A sixth series championship is the goal, but Ethell also finds herself contemplating ways to give back to the sport. Last autumn, supported by sponsor Red Bull, she hosted the first annual Breast Cancer Awareness Day on the Water.

“I’m not exactly sure what my end goal is going to be or what direction I’m going to go,” she says. “I feel like that’s something I need to figure out one day at a time. But I really want to be able to inspire young women.”