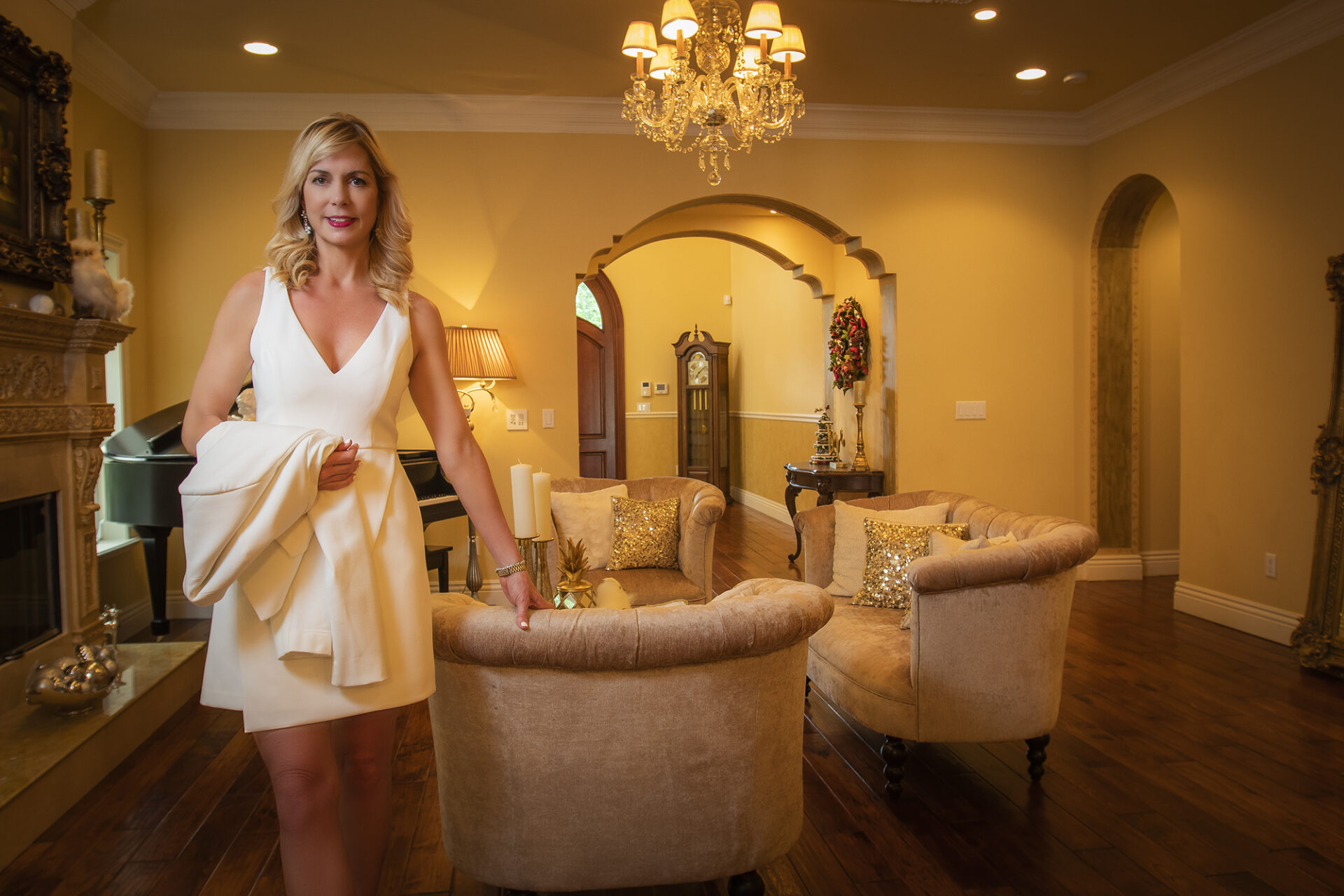 It would be hard, to say the least, to explain the Jeffrey Epstein situation to your children no matter who you are, but especially if you’re in McCawley’s situation. McCawley, named a Best Lawyers in America for the last four consecutive years and nominated in 2019 for The American Lawyer magazine’s Litigator of the Year, is currently on the law team representing several women who were allegedly abused by billionaire financier Epstein, among them Virginia Roberts Giuffre. “My four children did see Mommy on different television programs, but I think, for them, they understand it on a much more elementary level of fighting for justice,” McCawley says.

McCawley, who has lived in Fort Lauderdale for nearly 20 years, has been working with victims from the Epstein case since February 2015. At that time, she had just come back from maternity leave with her youngest child. “It’s really been a journey, a big piece of our lives in the last several years,” McCawley, 47, says.

Through her law firm Boies Schiller Flexner, McCawley is among the lawyers who have filed six different cases on behalf of victims against Epstein, the Epstein estate or people who participated in his alleged sex trafficking system. All the work that the firm does on the sex trafficking cases is pro bono. McCawley balances the cases in addition to her primary work as a commercial litigator, where she represents business clients in intellectual property disputes, antitrust law and more. McCawley has been with Boies Schiller Flexner almost as long as she’s been in Fort Lauderdale, having “started as a baby lawyer” there, as she says, in 2001. By then she had graduated from the University of Florida and its law school, completed a prestigious federal clerkship with U.S. District Court Judge Jose A. Gonzalez, Jr., of the Southern District of Florida, and worked as a lawyer in Washington, D.C.

McCawley has always had a charitable focus—even in law school, she worked at a women’s shelter in Gainesville—and it was her advocacy efforts with South Florida’s ChildNet that ultimately led her to work on the Epstein case. The agency, dedicated to protecting abused children in Broward and Palm Beach counties, had also seen children, particularly teens, who have experiences with sex trafficking. When Giuffre approached Boies Schiller Flexner chairman David Boies, he assigned McCawley to the case, given her background with ChildNet. “It helped me understand very quickly what had transpired and also understand when the victims were talking to me about their experience,” says McCawley, who is ChildNet’s chairman.

Working on the case, McCawley hopes to affect change within the statute of limitations for sex trafficking victims, especially those who are underage. “Someone who’s been victimized as a child, it takes them many, many years to come to terms with the abuse they’ve suffered, and it’s not until that point do they even conceptualize potentially doing something,” McCawley says. “Typically there’s no way for them to challenge their abuser in any way once they’re an adult. The law is now changing, thanks to the work we’re doing at our firm and by other great individuals throughout the country to try to call attention to that problem.” For example, New York’s Child Victims Act allows survivors of child sexual abuse to file claims until they’re 55 years old, as opposed to the previous one to five years after turning 18.

But when McCawley started working with Giuffre, there wasn’t such a possibility and the statute of limitations had run out for Giuffre, who is now 36. The firm had to get creative. When Epstein’s former girlfriend and alleged madam Ghislaine Maxwell spoke ill of Giuffre in the press, calling her a liar, the team sued Maxwell for a single count of defamation. “The underlying question was the truth or falsity of those statements, which means whether or not the abuse occurred,” McCawley says. It allowed the team to expose what may be the longest-running sex trafficking scheme in the country, extending beyond 20 years. It also exposed the alleged conspiracy between the government, Epstein and his lawyers. The challenge now, after Epstein’s suicide, is to bring his potential co-conspirators to justice. McCawley and the team at Boies Schiller Flexner are working to get a document unsealed that could reveal the identities of hundreds of people who may be involved in the trafficking scheme. 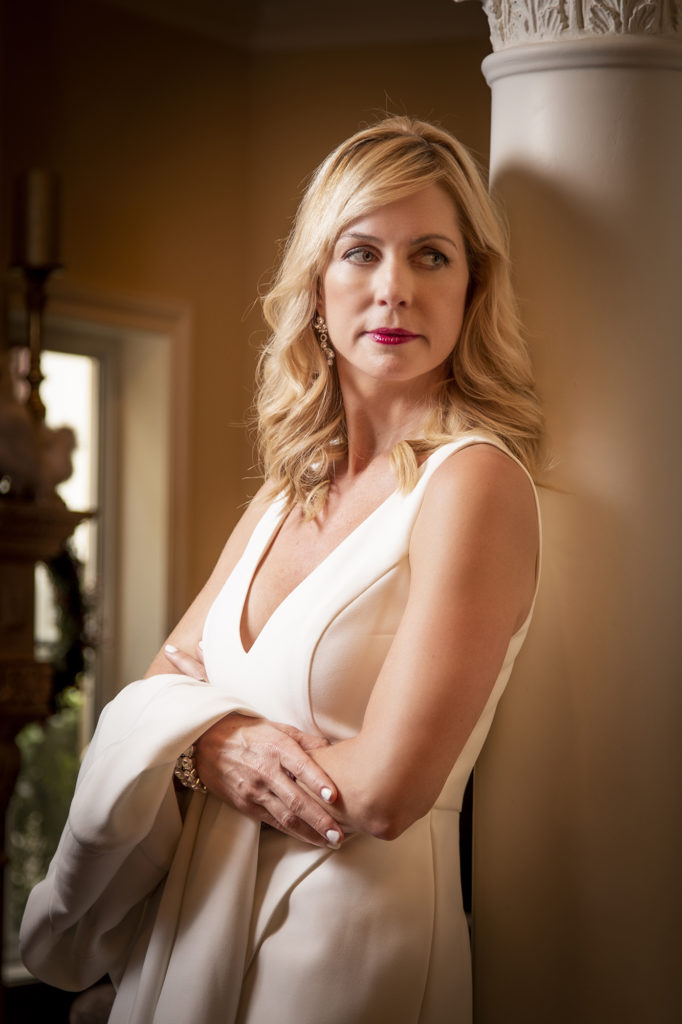 McCawley and her colleagues at the firm Boies Schiller Flexner have influenced changes in legislation, particularly to increase the statute of limitations for sex trafficking victims.

In part because of the #MeToo movement, the culture has shifted so that victims of sexual abuse now are believed rather than ridiculed and challenged, something McCawley says didn’t happen as late as 2015, when she first started working with Giuffre. “Virginia was very vulnerable when she first came to us, and our firm stood beside her,” says McCawley. “And we don’t take that lightly.” While she says the culture now is much more respectful of survivors, she also hopes her actions set an example for her family. It’s a fight that has now been going on the length of her daughter’s life. “It’s an important example for my kids to see when somebody is being attacked, and they need help,” she says. “You need to stand beside them and help them no matter how hard it is, no matter how long it takes.”