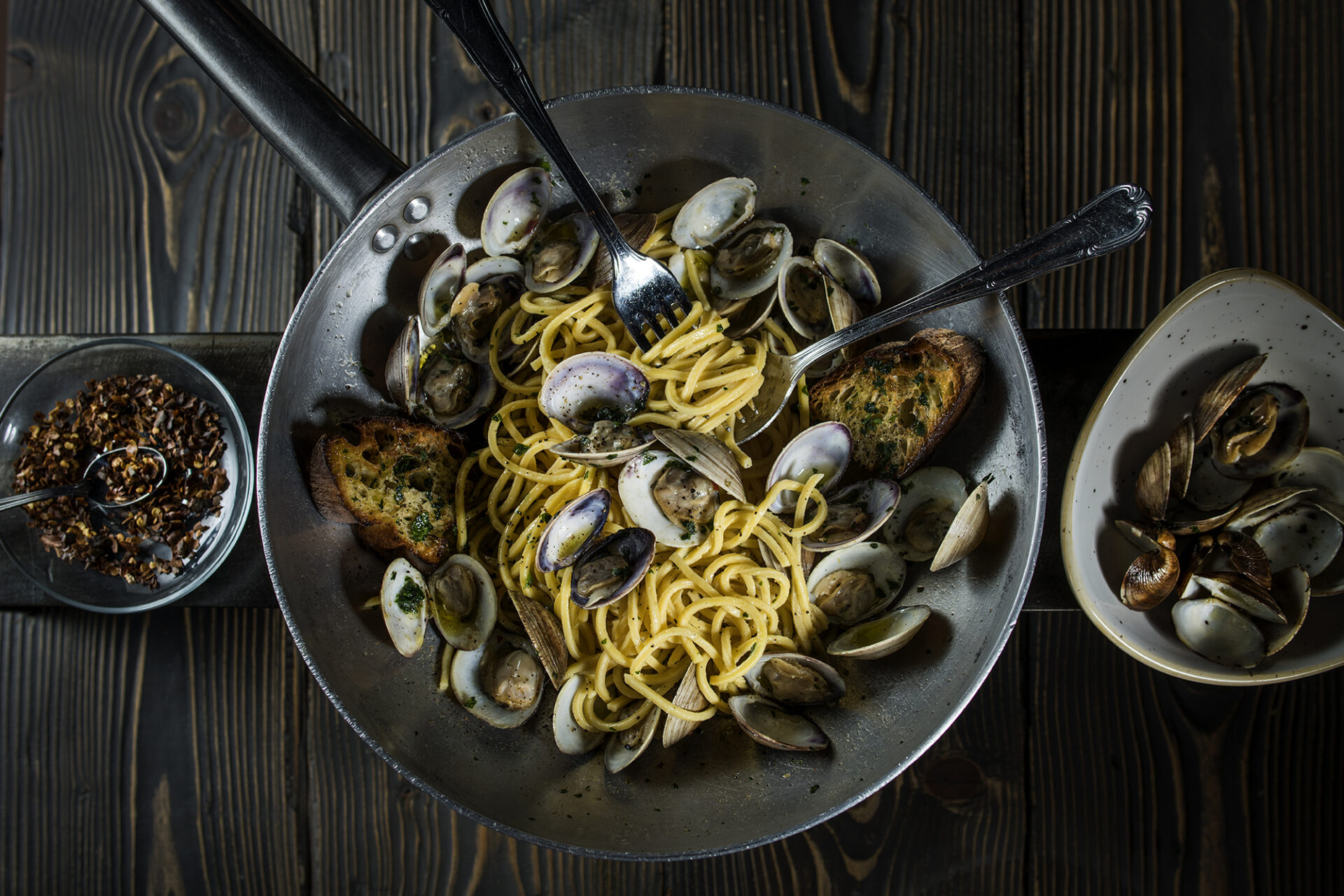 Sàpido, a cozy, off-the-grid restaurant steps from the touristy Las Olas Boulevard, does not aim to dazzle with fancy plating or sophisticated presentations. Its goal is quite the opposite: to deviate from pomp and circumstance and place the spotlight on dishes from the kitchens of Italian nonnas (grandmothers) of the past.

“We want to evoke the tradition of Italian-style home cooking, what was prepared in our homes every Sunday,” says Cathy Bellagamba, a Venezuelan native with strong Italian roots, as her husband, Davide, who hails from the northern Italian region of Emilia Romagna, nods in agreement.

The two met in Maracaibo, Venezuela, while Cathy was a college student and Davide was on vacation. Together, they ran an Italian eatery there until the declining situation in the country forced them to find better opportunities elsewhere. They considered Italy as their next destination but chose South Florida instead.

“I know winter in Italy,” Cathy says, shuddering at the thought of the cold. “Plus, to work in Italy as a small business owner is difficult,” Davide adds. “Florida received us with open arms.”

Sàpido, which translates to “full of flavor,” does the same. The urban industrial space is lined with exposed bulbs generating a warm glow while Italian music plays in the background. A tidy bar lined with stools mimicking giant prosecco corks complements the expansive wine case celebrating over three dozen Italian wines. The eatery, which specializes in northern Italian cuisine, seats 34 and has a compact kitchen, which is why, during off-hours, the wooden communal table doubles as a pasta-making station.

“As grandchildren of our grandmothers, we began making cappelletti at a young age,” says Cathy, referring to the stuffed pasta similar to tortellini made traditionally in December. Cappelletti, which translates to “little hats,” are filled with ricotta, meat, or for Christmastime, roasted pumpkin.

“It wasn’t like they asked, ‘Please help,’” Davide says of childhood days spent cooking alongside family. “It was more like, ‘We have to make…’” 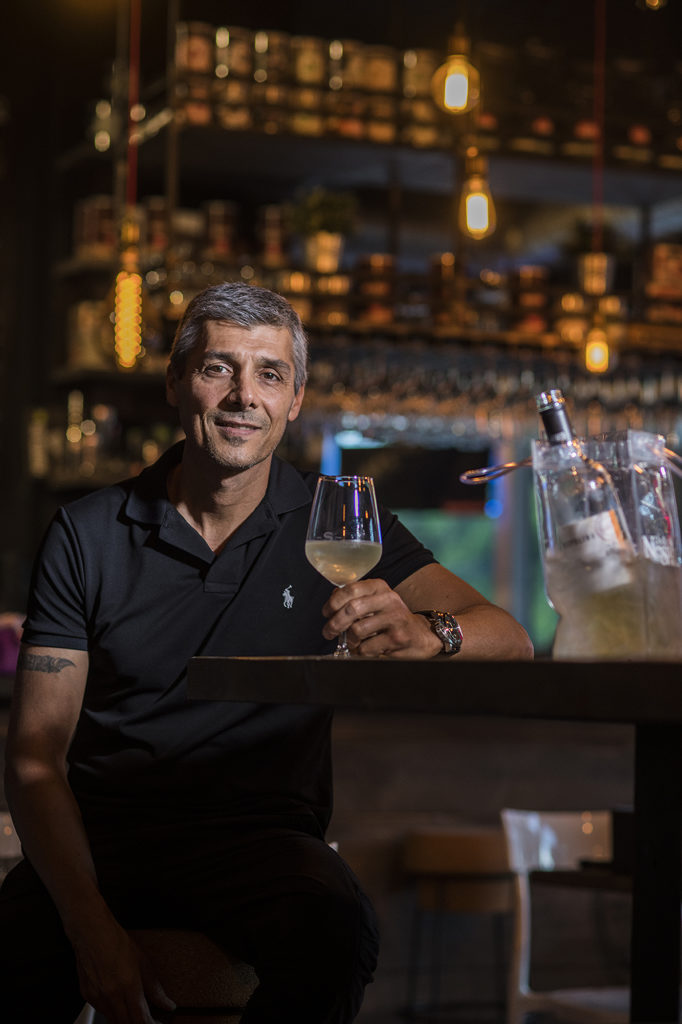 Along with his wife, Cathy, and business partner, Enrico Maria Pirazzini, Davide Bellagamba has turned the intimate Fort Lauderdale eatery Sàpido into a go-to spot for traditional Italian fare.

Watch them. The Bellagambas dance a ballad that’s formed by laughter, devotion and an absolute dedication to their roots. Their goal is to offer authentic Italian cuisine.

“Here in the U.S., they distort the Italian flavors a lot,” Cathy says. “Those who come to Sàpido come to eat their pasta al dente. People here eat ragù, not pasta with chicken, because if not, our chef will reprimand you.”

She’s referring to Sàpido’s chef, Piero Fresini, a sprightly man who emanates warmth and speaks only Italian. Fresini is from the mountainous city of Trento, where he worked most of his adult life as a civil engineer. At 51 he found himself out of a job and turned to his true passion, cooking, something Cathy says he’d been doing since he was 6. Fresini overhears her and interjects, having understood the word “six.” She recounts to him in fluent Italian what she’s just shared, and he laughs before clarifying that, actually, he first started making coffee for his parents when he was 4.

Everything at Sàpido is made fresh daily and by hand, something the chef insists upon. Ingredients such as flour, tomatoes and olive oil are all Italian. Cathy, who has a degree in economics, handles the administrative part of the business, while Davide mans the front and works closely with Fresini to design the menu.

In the three years since its opening, Sàpido has generated a faithful following, mostly through word of mouth. Many patrons have traveled extensively throughout Italy and feel the restaurant is like taking a culinary trip back. Italians also flock to the restaurant, which Davide sees as an indication that they are doing something right.

Best-selling dishes are the lasagna alla Bolognese—an indulgent portion of tender sheets of pasta layered with a slow-simmered ragù the spaghetti alle vongole, served family-style in a padella, or sauté pan similar to the ones used by the couple’s Italian grandmothers. Other dishes include pizzas, salads and desserts.

“It is not gourmet food here; it’s home-cooked food,” Davide says. “These are recipes that come from our families, our grandmothers, our mothers. We have one regular customer who comes to eat pasta, and every time we place the dish in front of him, he applauds.”

Cathy and Davide are quick to give credit to Enrico Maria Pirazzini, the Italian restaurateur who opened Sàpido and set the standard by which the restaurant is known. He connected with the Bellagambas through a mutual friend a year later, and the three became partners in the restaurant. The trio hopes to eventually expand to other locations in the U.S.

For now, they enjoy serving those lucky enough to know their hidden spot. Sàpido, whose definition is etched on the wall alongside an array of Italian wines, seems to be garnering enough attention to make a nonna proud.

“People always ask what it means, how to pronounce it,” Davide says while producing a bottle of chilled limoncello that he makes and regularly serves diners as a complimentary thank-you nightcap. After the first visit, Sàpido is a word—and an experience—guests will surely not forget.