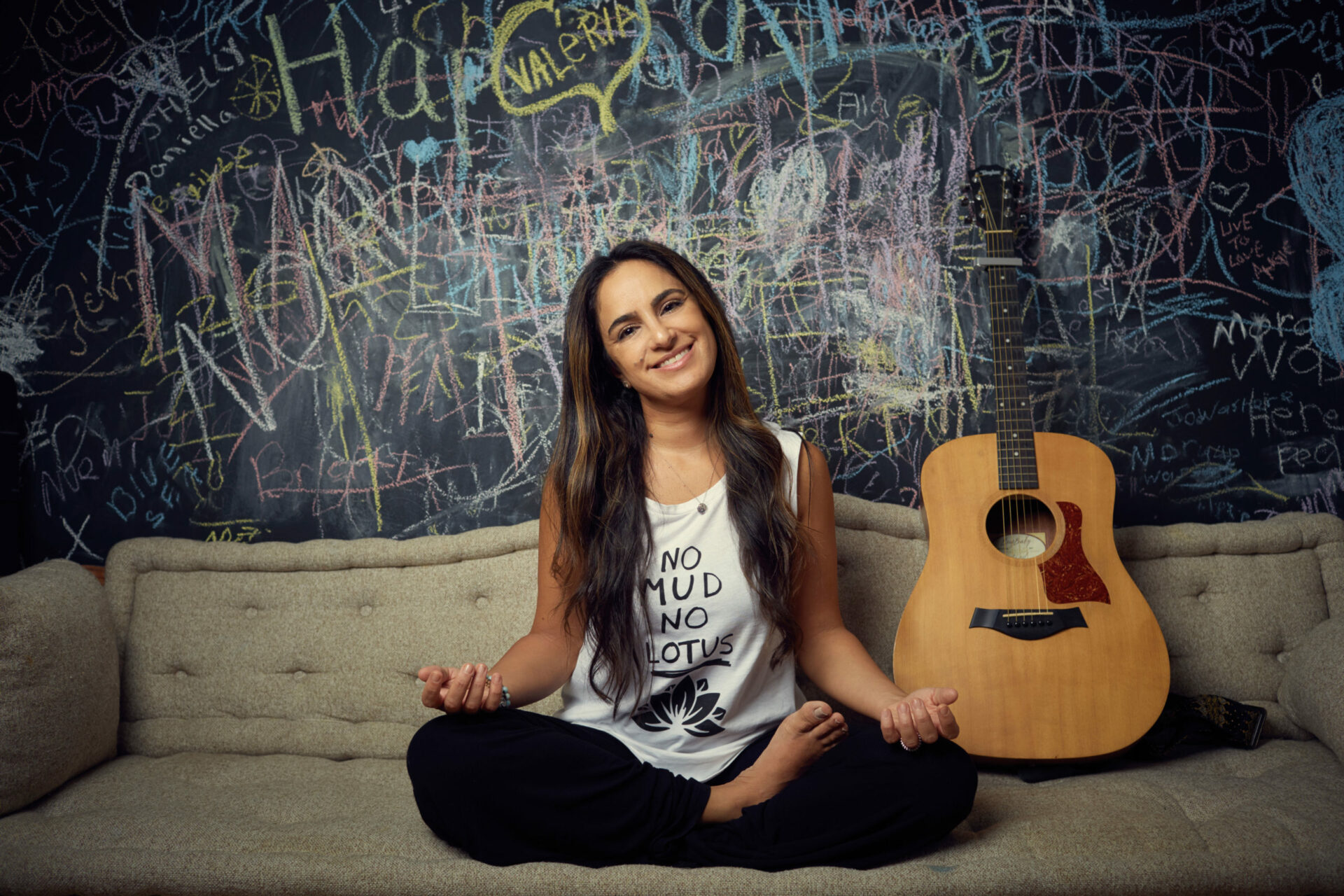 What would you do if you woke up and couldn’t see? How would you react?

That’s what happened to me nine years ago, and the memory still scares me.

I was born in Israel and grew up an Orthodox Jew. By the time I entered college, I was very much into the semantics of my Jewish faith—as it was all that I knew—and I prayed three times a day. While attending graduate school at Columbia University, I began to explore my faith while becoming more open-minded and philosophical about spirituality and the search for meaning.

An internship with the World Health Organization brought me to Geneva, Switzerland, which exposed me to several diverse cultures and traditions. I stayed in a communal living docile, where I would say my morning prayers on the front lawn while looking out at the lush, green mountain range.

Each morning, I would see a Japanese couple sitting in silence, their eyes closed in meditation. What fascinated me most was that they didn’t use a prayer book. Somehow, their practice seemed a lot more spiritual than what I was doing. I was praying each morning from a book, but while my lips would move, my mind would wander. The intention, the meaning of the prayers, had been lost on me.

A few months later, while back in New York City, I attended a beginner’s meditation workshop hosted by a fellow graduate student. That was my first formal introduction to meditation and mindfulness at the age of 20. As someone interested in the science of things—the how and why—I embraced mindfulness as something scientifically proven to help with anxiety, stress and a multitude of health issues. There was proof, and not just in my own experience.

Then something happened when I was 27 that changed my entire outlook on meditation. I woke up one morning, on a day like any other, and couldn’t see. There was a dense, milky white fog in both eyes that I couldn’t blink away.

I was so petrified. I thought I was blind. I couldn’t imagine how I was going to raise my then-2-year-old son or be an independent woman without sight. After ophthalmologists examined me, they diagnosed me with uveitis, an autoimmune disorder that could potentially take my vision permanently.

I went to Bascom Palmer Eye Institute at the University of Miami and met with Dr. Janet Davis, the foremost uveitis specialist. The “dense fog” I was seeing was the white blood cells that aggregated in my eyes and were so engorged that they could not find a way out. Naturally, I turned to meditation to achieve mindfulness.

Soon, I realized that I could act as a conduit for others to be introduced to mindfulness in an accessible and non-intimidating manner. In that moment, I realized that meditation wasn’t about clearing my mind as much as it was about filling my heart. So I decided that I would open my heart to others and offer this very real, very portable tool.

In November 2015, I began leading free meditation classes on Sundays in Hollywood Beach. Through word of mouth, what started with 12 individuals soon ballooned into 100. Today, less than a year later, an average of 500 people attend each session.

When people arrive, they hear Pink Floyd, Bob Dylan and the Beatles. I think that first encounter sets the mood by lowering their guard and breaking down the walls a bit. How can anyone walk onto the beach on a sunny day, with Bob Marley playing in the background, and not be in a good state of mind?

After meditation, people often share their experiences. Some cry on my shoulder and others rejoice in having returned to their “happy place.” Some have found the courage to take big steps in their personal and professional lives. Some have found their voices.

Personally, meditation has helped me “keep calm and carry on.” Since uveitis is an autoimmune disease, anxiety and stress can trigger problems and compromise one’s immune system. The good news is I haven’t had a major flare-up in a long time. My eyesight is stable, despite developing side effects (like cataracts that aren’t easily treated) due to the eye injections I receive.

Hoping to expose more people to the benefits of meditation, I recently launched America Meditates, a grass-roots organization that will hold simple, 90-minute workshops in non-intimidating, familiar spaces (public parks, beaches, theaters, etc.) around the country. Participants will learn practical techniques and tools to use in everyday life that can set them on their journey. My goal is to inspire at least 1 million people to meditate. If I can reach that number, the rest will follow and there will be new promoters to carry the torch—mindfully. – As told to Nila Do Simon