Shevrin Jones is a lot of things. He’s a son of a preacher and mayor, former high school chemistry teacher, member of the Florida House of Representatives, black and gay man, West Park resident and state Senate hopeful. He’s also not afraid to speak his mind, especially when it comes to issues that hit close to home, which was exactly what happened on April 30 in Tallahassee at the House of Representatives. As Florida lawmakers debated on whether to pass a bill to arm teachers in classrooms, Jones proposed an amendment requiring teachers undergo implicit bias training and pushed to restrict use of the Stand Your Ground defense to justify shooting a student. As a result, one House colleague suggested those proposals imply teachers are racists. The result was an emotional speech that Jones didn’t expect to deliver.

Here, friend and fellow House member Bobby DuBose gets personal with Jones to reveal a different side to the political figure.

Bobby DuBose: Shev, remember when we first met?
Shevrin Jones: I knew you before we got in the legislature because you were on the Fort Lauderdale City Commission, and I always admired your work because you were a young, black brother starting out in politics. Then, you getting elected to the Florida House was icing on the cake. And let’s not forget that your wife and my family are very close.

DuBose: My wife made sure that I knew you. She pretty much gave you the “Carver Ranches, West Park Blessing” because you were like a little brother to her. And then we have the other piece: We’re “PKs.”
Jones: That’s right! We are preacher’s kids. And when you got to the legislature, I was happy because I was looking forward to being a colleague of yours in Tallahassee.

DuBose: That’s great, man. So let’s talk about your political career. Who influenced your path?
Jones: My path was influenced by my dad, Eric. My dad is a pastor, and when he got into politics, I really respected the way he served, so much so that I wanted to be a part of it. I ran for county commissioner in 2010; I lost, but I still wanted to be a part of the process and put forth change within my community. When I got into the legislature, I had the opportunity. My dad is someone who led the charge to allow me to be a part of the change-making process in politics.

DuBose: I know you are extremely close to your dad and your family. So what’s a family dinner like with two elected officials who are effective leaders in their communities?
Jones: Truth be told, my mom should have been the one to run for office. She talks about politics more than my dad talks about it. But when we do talk about politics, from my dad’s perspective, it’s from a place of guidance. I find myself in these pickles with decision making, so it’s usually me asking him questions for guidance on politics.

DuBose: You’ve had a lot of great accomplishments, such as serving in the House. But one thing that stands out the most is the reaction after your speech in April that went viral about arming teachers and the effects it would have on black students. First, give me your general perspective on that.
Jones: A part of this journey is making sure that I stand up for the individuals who I represent. Me standing up for black and brown kids in classrooms on that day, the impetus of that reaction was not for it to go viral. It was for me to express that it is a real issue that we need to look at. It was something as simple as putting implicit bias training into the bill. How did people react to it? It wasn’t just people from my community—it was people from the lobby corps, from the white community, the Hispanic community, from all communities who said, “Good for you. Very good that you made that statement. Shame on those individuals for not saying yes to just putting implicit bias training in place.”

So, all communities relate to it because they believe it is important. If we look at the statistics, black and brown students are one to three times more likely to be suspended for offenses that happen inside the classroom. That wasn’t something that I was just making up; those are actual facts. So, I presented those facts on why we needed implicit bias training. The community responded well, and those individuals in legislature are now responding well, too. That’s why I’ve also filed legislation to include implicit bias training into the classrooms, for police officers and for judges that I’m hoping will get a hearing.

DuBose: I’m coming from a biased place because I know your heart and your passion on these issues, but I remember that day very clearly, and I remember the effect it had on you. But add the fact that you were actually an educator and were in a classroom, can you speak to that?
Jones: Being a former teacher inside an urban classroom, I know what a teacher would be up against if a shooter were present inside a school. But what happens when a teacher in an urban setting doesn’t know how to react to black or brown kids’ issues and why they are acting a certain way? Those teachers might not understand these kids’ true reality and why they are acting a certain way because they don’t know anything about them. I wanted to bring this to the legislature: Teachers didn’t sign up to be police officers. Coming from the classroom, I wanted to make clear that on a daily basis teachers come in contact with individuals who they know nothing about, and it’s important that teachers know about different races. Period.

DuBose: You’ve also displayed your health journey—learning how to walk again after complications from surgery following a workout injury—as a testimony to help others. What I got out of it is your mental strength is inspiring.
Jones: On October 16, 2016, I went into surgery, and on October 17, I had to learn how to walk again. It took me until January 12 to go through the process to learn how to walk again. I’m no stranger to overcoming obstacles, right? At the age of 6, I had a speech impediment. Then fast-forward to after my back surgery, I had individuals telling me that I would never walk again. If you talk to my mom, she’ll tell you that “if he says he’s going to do something, he’ll do it.” When the doctors said that I wasn’t going to be able to walk again, I said, “Like hell.” My parents even went into full prayer mode. I overcame that obstacle, and now I’m committed to living a healthy life.

DuBose: I’m thinking about all these landmark announcements that you’ve had, and there’s one I want to talk to you about: being a preacher’s kid who’s an openly gay black male in an elected office. I haven’t seen anyone manage all of that because that’s a whole lot to carry. I could take away one of those tags, and some people would still have a hard time balancing. How have you’ve managed to balance it all?
Jones: I have never been a fan of labels because I’m a firm believer that how you live your life should be a reflection of what you want exemplified to the world. And the world will respond to you as such, based on what you give off. For one, my sexuality, I never based policy off that; I led with people. I always led with the idea that policy helps people because that’s right. The same way that I fight for the LGBTQ community, I fight for the immigrant community, I fight for the Haitian community, I fight for every other community to ensure people are treated fairly. Yet, I notice that people in the district, they aren’t concerned about what my sexuality is. What they are concerned about is how are you fighting for the education of my child, how are you fighting to ensure I have health care, and how are you fighting to ensure we have safer communities?

When people come to our office, they lead with the question, “How can you help me?” Or, “I need your help.” And that’s how I legislate based off of helping people and allowing my guiding light to be how to get people on board, a seat at the table, to move us along collectively. To making a better, safer community, and not just a better Florida, but a better world where we just love each other.

The fact that my dad is a pastor, it’s been difficult. It’s been difficult being openly gay and seeing how people treat me. There are pastors who won’t allow me into their churches. I’ve called and asked them if I can come into their church, and they’ve made comments like, “Are we trying to elect individuals to lead with a gay agenda?” And that has never been my leading cause. Are these obstacles that I’m continuously working through? Yes, they are, but like I said, there has never been a time when I haven’t overcome things. That’s why I’ll work through this, and that’s why we’re running for the Senate.

DuBose: With all that you have been through, how have you managed to work effectively across the aisle and in a bipartisan way, but also stand unapologetically when it comes to the issues?
Jones: The problem that we have in politics is that we have stopped listening. So, I choose to listen, and listening has allowed me to get work done. I’m doing it now, and I’m going to do it when I get to the Senate. That’s the only way we are going to move this country forward. We cannot just sit on the sidelines or go to our corners. You cannot get work done if you sit in your corner. 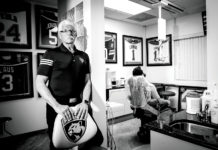 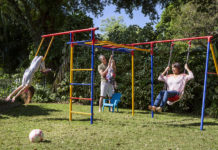